Get these limbs off me and slap on some chrome

I love cyberpunk. I love its towering neon skylines, its oppressive megacorporations, its seedy underbelly, and the discomforting ways that it twists the world to be familiar but darkened and warped. I love the augmented mercenaries, the techno-babbling hackers, and the mysteriously untouchable executives.

Of course, if I was to exist in an actual cyberpunk future, I’d probably be the wageslave, toiling away behind the walls of some corporate enclave while trying my hardest to stay blissfully ignorant to what goes on outside.

But in the realm of fiction, I’ll happily return to those grungy streets that exist between the shimmering fortresses of the megacorporations. Dex is one such game that gives me yet another opportunity. Technically, Dex has been out for yonks, but it was only recently ported to Nintendo Switch, and if it’s new to me… 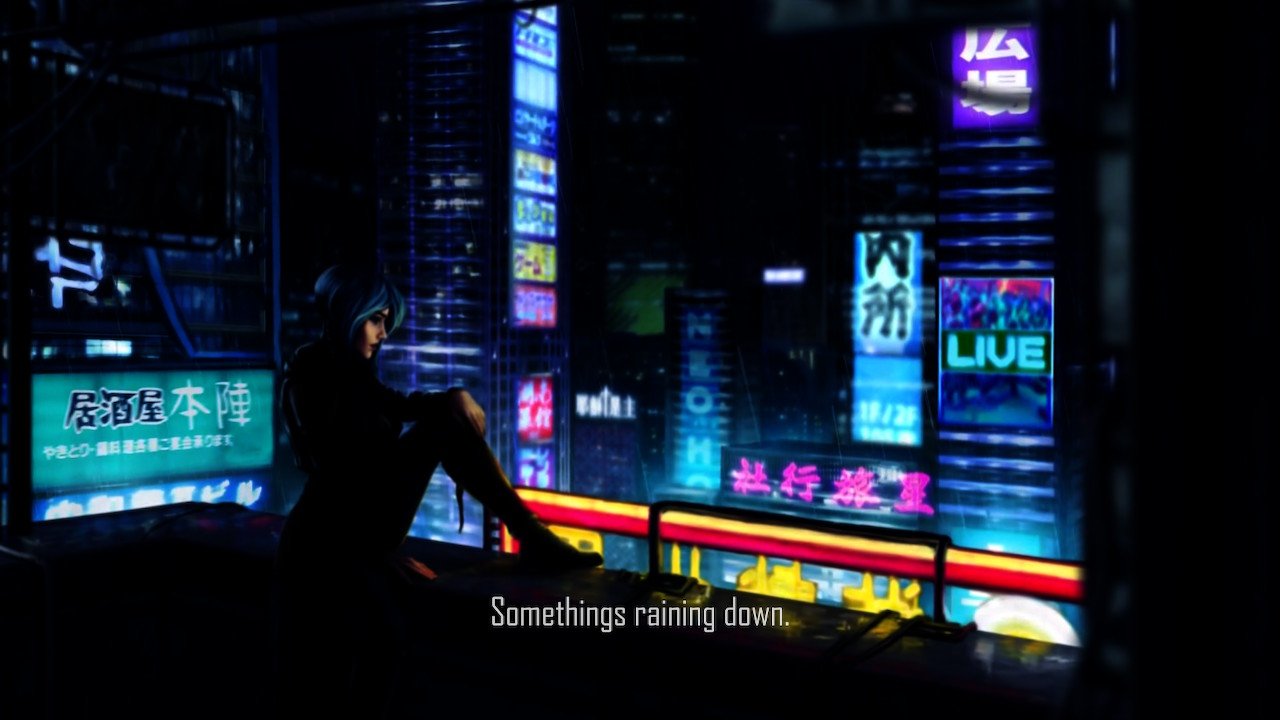 Dex is a side-scrolling action-RPG with emphasis on non-linear gameplay. I think the most apt way to describe it is Deus Ex but “flat”. There’s certainly ambition in that direction. On top of upgrading your combat arts by leveling up, you’re also able to put points into charisma, which unlocks additional dialogue choices. The marketing material is sure to tout that you can be diplomatic in your playstyle but, from my experience, I wasn’t given much opportunity to avoid combat using words alone.

However, there is doubtlessly a lot of non-linearity to be found. The city of Harbor Prime is pretty much open completely to exploration from the hop, packed with side-quests for you to pick up for some often worthwhile rewards. Many of these sidequests offer multiple approaches for you to take them on including, yes, talking your way through them.

The game opens with the eponymous Dex being awakened by a voice in her ear telling her that the Complex, a shadowy organization consisting of the top megacorps, is coming for her and she has to run. Thankfully already sleeping in her trenchcoat, Dex hoofs it to a bar owned by legendary hacker, Decker, who helps her get away to safety.

Before long, the voice in her ear, Raycast, explains to Dex that she contains the “seed” of a rogue AI program called Kether, currently locked down by a counter-threat virus called the GSV. Both were developed by the Complex, and it’s only a matter of time before they recapture Kether and use it to take control of all cyberspace. Dex then joins up with the resistance against the Complex, hoping to prevent them from gaining control of Kether.

That’s a lot to get dumped on you in the first 20 minutes of the game, but I never found Dex’s story to be hard to follow along. It’s dense, but well paced. Exposition is heavy, but mercifully brief. Not to mention, the dialogue is usually very entertaining and the characters are largely likeable, though perhaps not entirely memorable. 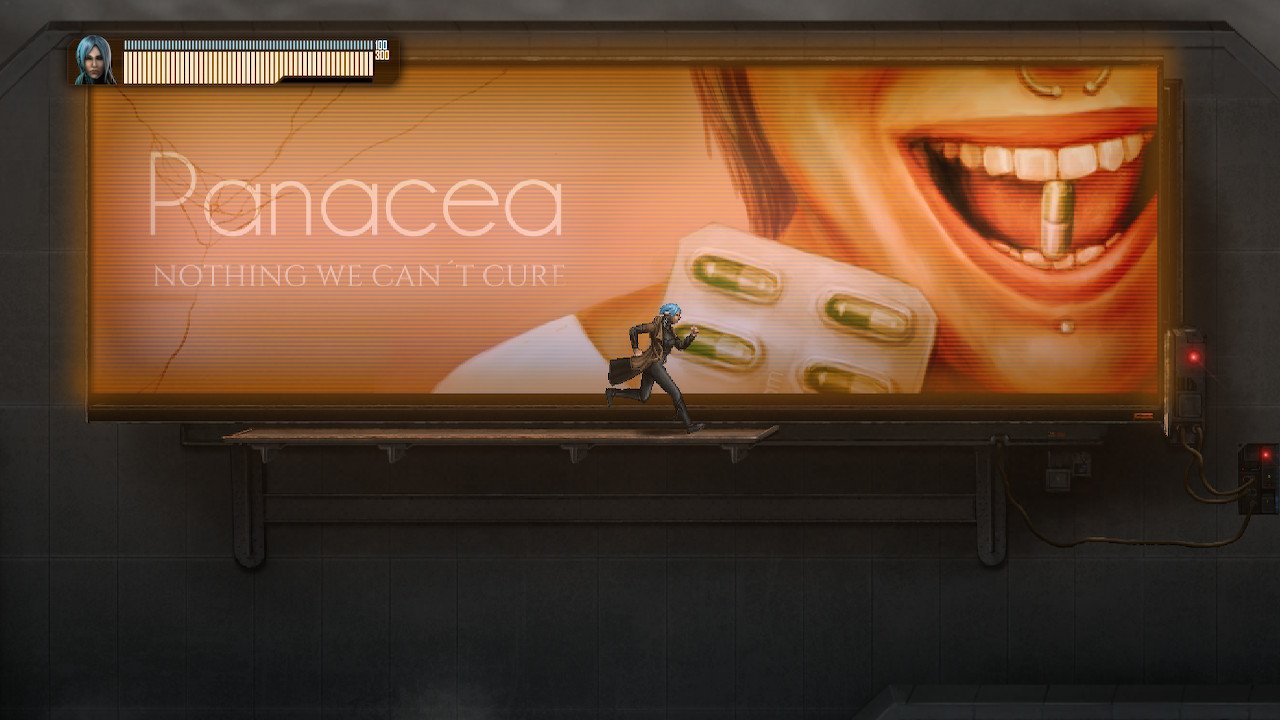 One of the first things you’re told to do is go get augmented. Now we’re talking. These fleshy limbs are weighing me down, doc, slap some chrome on me! None of the augments are particularly exciting, but by the end of the game, I was more machine than ma’am, and it was awesome. I think the game gives you the option to keep your doughy flesh noodles and stay natch, but I’m not sure, since it’s not an avenue I even considered exploring.

Speaking of exploration, there’s a lot to find in the game’s interconnected world, and not a lot preventing you from finding it immediately. Treat yourself to some breaking-and-entering right from the word go and help yourself to the denizens of Harbor Prime’s pornography and toilet paper.

Just be careful. I broke into the apartment of one Mr. Finch and robbed him blind. However, he soon became the bane of my existence as there’s no fewer than two side-quests that link back to this guy. One I was able to accomplish by going back into the sewers and finding his body, but I found no way to advance the other, despite having all the necessary documents in my inventory. I’m pretty sure it was bugged-out beyond completion, and considering I went to the effort of completing every sidequest I came across, this was disappointing. 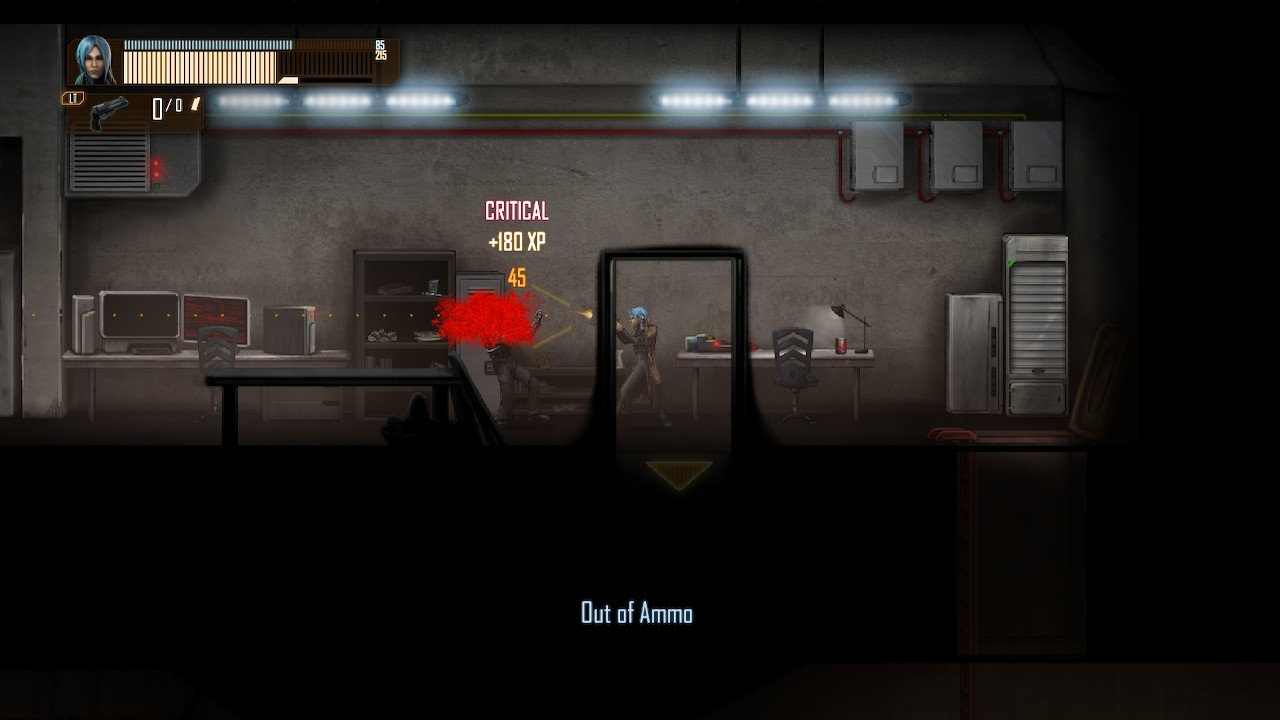 I ran into a quite a few bugs while playing Dex, though none of them were as disruptive as Mr. Finch. Still, for a game that was originally released in 2015, they probably could have been patched out for one of its ports. More frequently, I ran into pathfinding problems with the AI, as they seem incapable of jumping.

Even without this easily exploitable enemy quirk, the combat in Dex is just kind of clumsy. Melee combat often just devolves into frantic button-bashing as enemies pile on screen. The ranged combat fairs slightly better, but the camera is too zoomed in to really allow you to keep combatants at bay, something that they don’t seem to have the same problem with.

To offset this, you’re given the option of stealth takedowns. Sometimes. You can sneak up behind enemies as they pace back and forth and give them a sleeper hug. But only certain enemies. The big guys and armored dudes aren’t the hugging types. Even if they were, enemy vision cones extend past your range of vision, so you may not even notice you’re alerting them until it’s too late.

It’s probably a good thing that the game largely relegates major conflicts to hacking. Hacking plays out more like a twin-stick shooter. When hacking computers, you’re placed in a short labyrinth and have to find your way past enemies and hazards to get at the good data. You can also hack cameras and turrets in AR, which plays a lot like computer hacking, but you’re constantly swarmed with enemies. It’s nothing groundbreaking, but as far as hacking mini-games goes, it gets the job done. 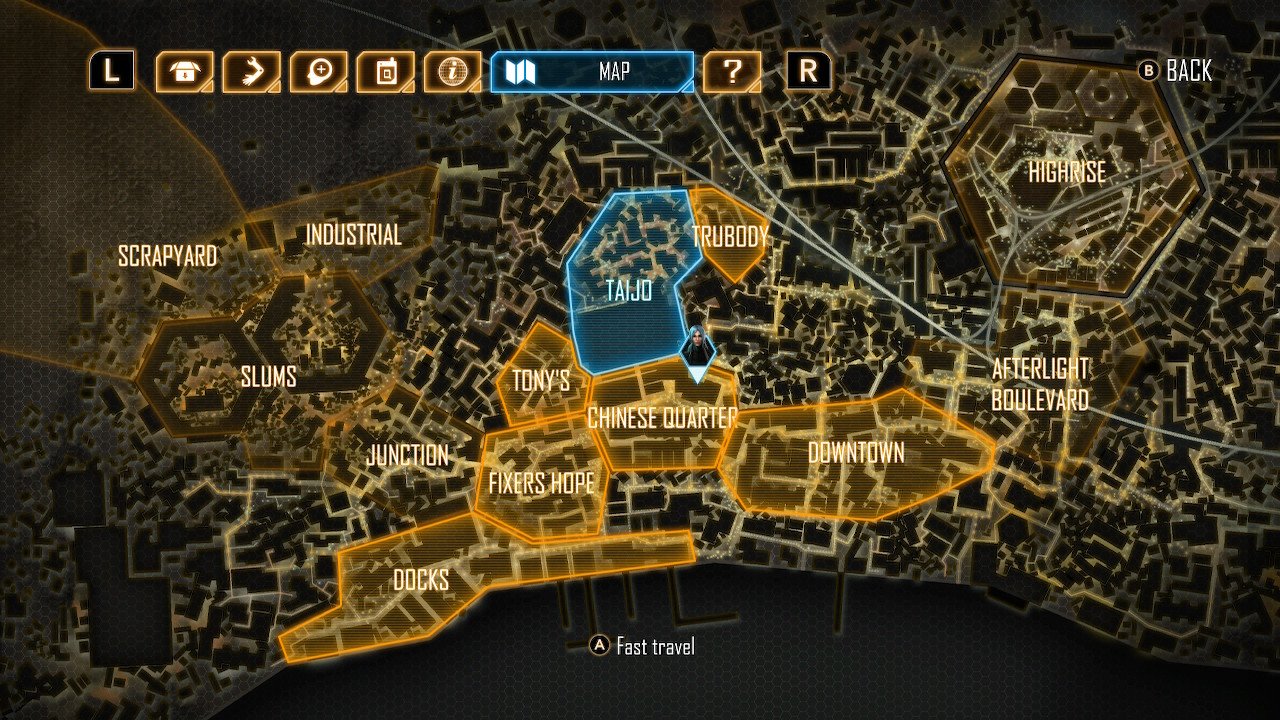 Despite its problems, I still really enjoyed my time with Dex, but I think that has more to do with its cyberpunk aesthetic than with the game itself. The music, the atmosphere, and the characters are all very much on point. The writing holds up well, too, however there are quite a few plot points that carry more than the whiff of Deus Ex.

When it comes to actually providing a fun experience, that’s a bit more shaky. While the exploration based framework and interconnected world comes off very well, the combat is such an unavoidable drag, and since that is such a core part of gameplay, everything is brought down with it. There’s still a lot of value to be found if you’re a cyberpunker, but otherwise, the future is bleak.