Teenagers are in a strange point in their lives. No longer children, but not quite yet adults, adolescents exist in an uncomfortable grey area, a metamorphic state that compels them to forge identities independent of their guardians while still relying on their care.

These are the people ASCII Media Works, a publishing arm of the Kadokawa Corporation, attempt to target with Dengeki Bunko, an imprint focused on producing light novels for young men. These stories (Sword Art Online, Accel World, and Strike the Blood, to name just a few) largely revolve around young people, oftentimes students, who find themselves in fantastical circumstances. Given power and unusual agency over their lives, these characters can embody our youthful fantasies, providing a liberating escape from the mundanities and constraints readers are forced to deal with in their everyday lives.

Dengeki Bunko: Fighting Climax is a dream within those dreams, a crossover project that brings together dozens of heroes and heroines into a single fighting game, an opportunity to not only see Kuroyukihime beat the ever-living shit out of the much-maligned Kirito (or any other deranged visions fans have been kicking around their heads), but exact the damage themselves.

However, Fighting Climax didn’t just inherit the best qualities from its source material. It’s painted by a similar shallowness, and also mirrors the struggles of its target audience, that quest for identity, an unsureness over what exactly it wants to become. 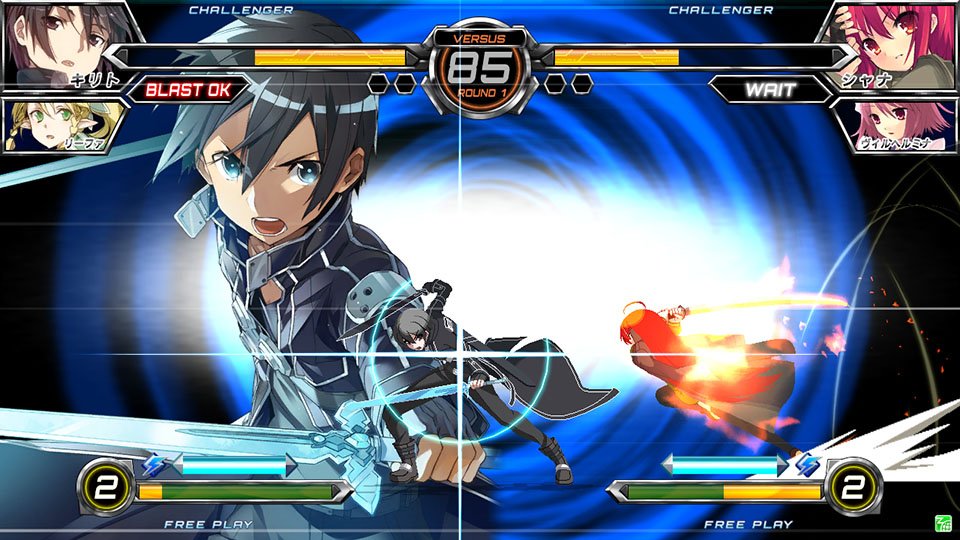 Dengeki Bunko: Fighting Climax has the appearance of a hardcore fighting game, and it certainly has the pedigree, coming from Melty Blood and Under Night In-Birth team French Bread and Ecole Software, but both looks and lineage can be deceiving. Here, the studios (along with their Sega-employed producers and associates at Kadokawa) aimed to deliver a more accessible experience than their previous work, something less impenetrable to the average person than the Guilty Gears or Street Fighters of the world.

It’s a noble idea. For as enjoyable and well-made as Arc System Works and Capcom’s projects are, they are incredibly complex affairs. The barrier to entry with these games is much higher than, say, Nintendo’s Super Smash Bros. series, which is more easily enjoyed by newcomers, despite its potential for high-level play. Fighting Climax tries to occupy a similar space, striving to create a middle ground, an intermediate that can appeal to fighting game enthusiasts of all stripes.

In attempting to do so, Fighting Climax strips away many of the genre’s more byzantine subtleties, while adding tools to facilitate absorption. There are no elaborate inputs here, not by traditional fighting game standards, anyway. The most difficult commands involve quarter-circle and half-circle movements, which makes executing special moves or “climax arts” relatively straightforward without reducing the gameplay experience to something oversimplified or wading into button-mashing territory. 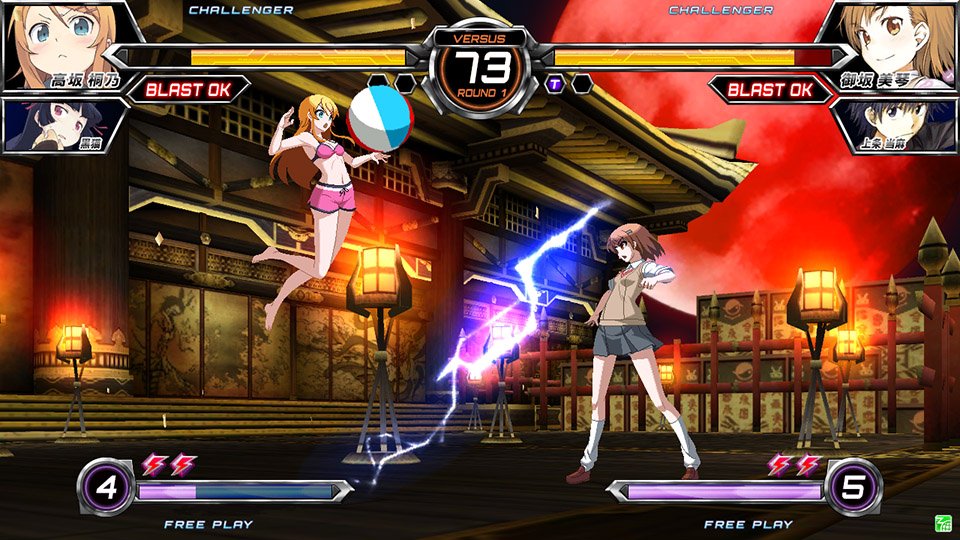 Well, that is aside from the auto-combo feature, which allows players to string together a reasonably powerful series of moves merely by hammering on the light attack button repeatedly. It’s a concession to beginners, providing a mechanism to chain together a barrage of attacks, but its use is limited, preventing it from being a substitute for actual skill.

Also more simplistic than a typical fighting game are the inputs, which are identical across the entire roster. The 14 main fighters, from Toradora‘s Taiga and Asuna of Sword Art Online fame to the unlockable Selvaria of Valkyria Chronicles and Virtua Fighter’s Akira, all have the same commands for their basics attacks, special moves, impact skills, and supers.

This makes picking up a new character easy, but weakens the roster considerably. Since every fighter is essentially cut from the same cloth, Fighting Climax doesn’t foster as wide a variety of play styles or combat strategies as do its genre peers. And aesthetically, while every character has unique animations based on the source material, most of them fall into the “waifu” female lead archetype, exacerbating the sense of redundancy and lack of diversity present in the mechanics. 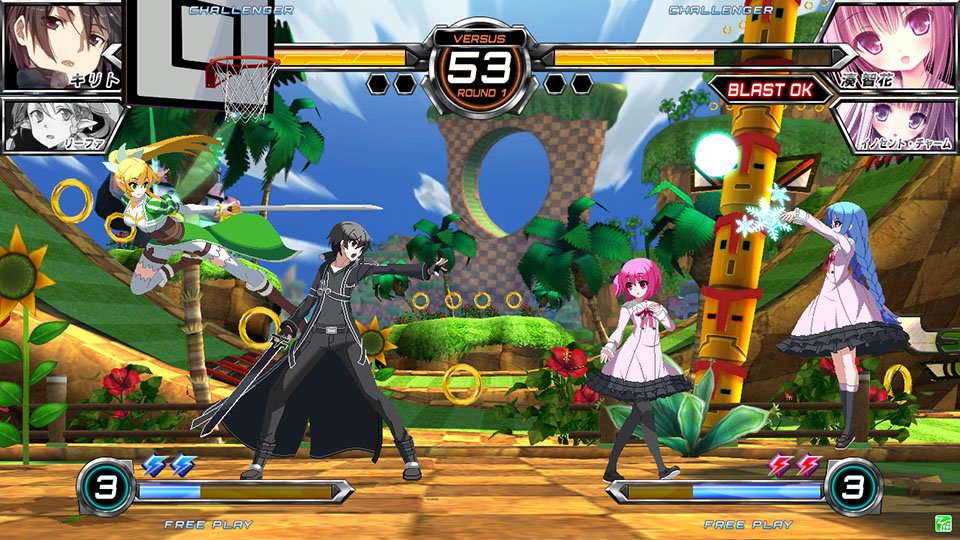 There’s some depth to be found in the assist system, with 23 support characters to choose between and a wide array of support and offensive moves to augment your fighter’s innate abilities. These can be used mid-combo at the cost of meter to lay on some added hurt or topple your opponent, or just in normal situations with a cooldown to disrupt or punish other competitors.

While assist characters accent the roster, they highlight a myriad of unique figures in the Dengeki Bunko catalogue that would have made for more compelling choices than several of the leading ladies. While everyone will have their own favorites, I was particularly disappointed to see Spice and Wolf‘s lupine goddess Holo relegated to a supporting role.

The stages are also an odd choice, drawing inspiration from a number of Sega franchises (Sonic the Hedgehog, Shinobi, Virtua Fighter, NiGHTS, and Phantasy Star Online among others), rather than the non-Sega worlds the vast majority of the cast is drawn from. While this makes sense in terms of the scant narrative the title’s story modes offer, it’s curious move on Sega’s part to impose itself to such a degree in a game made primarily for fans of Dengeki Bunko‘s light novels and their anime adaptations. 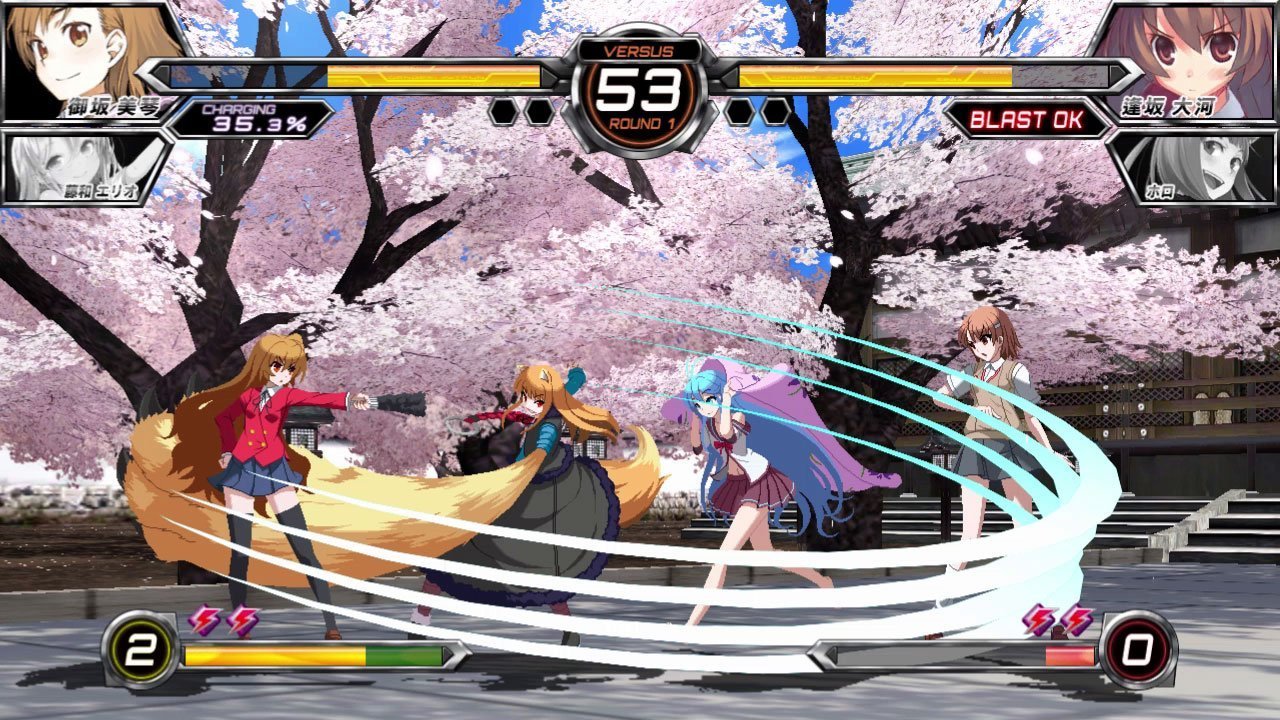 There is some fan service to be found in the story modes, though, where players get to see characters from various universes interact with one another in cute little vignettes. Beyond that, Fighting Climax offers a bog-standard suite of features fighting game enthusiasts should be familiar with — a spartan training mode, versus mode, a trio of challenge modes, plus ranked and unranked online versus.

Most of it is handled fairly well, but, while I have no major complaints, nothing is terribly exceptional either. French Bread is a talented maker of fighting games, giving the experience a high floor, but this is not the studio’s best work. It’s perfectly competent, but feels like a major step down from the outstanding Under Night In-Birth, even if the titles were made for different audiences.

While decent enough, Dengeki Bunko: Fighting Climax may be too simplistic for most hardcore fighting game fans to enjoy as anything more than an ephemeral lark, but is also perhaps still too complex for those that find the genre intimidating. It feels like another instance of game designers shaving off any sharp corners in an attempt to please as many people as possible. Fighting Climax shows a clear reticence to take risks, and its failure to do so betrays its potential to become truly remarkable or distinctive.