You only live thrice

I tried to go into Deathloop as blind as possible, only glancing at trailers in the middle of conferences, and avoiding everything else.

I suggest you do the same. 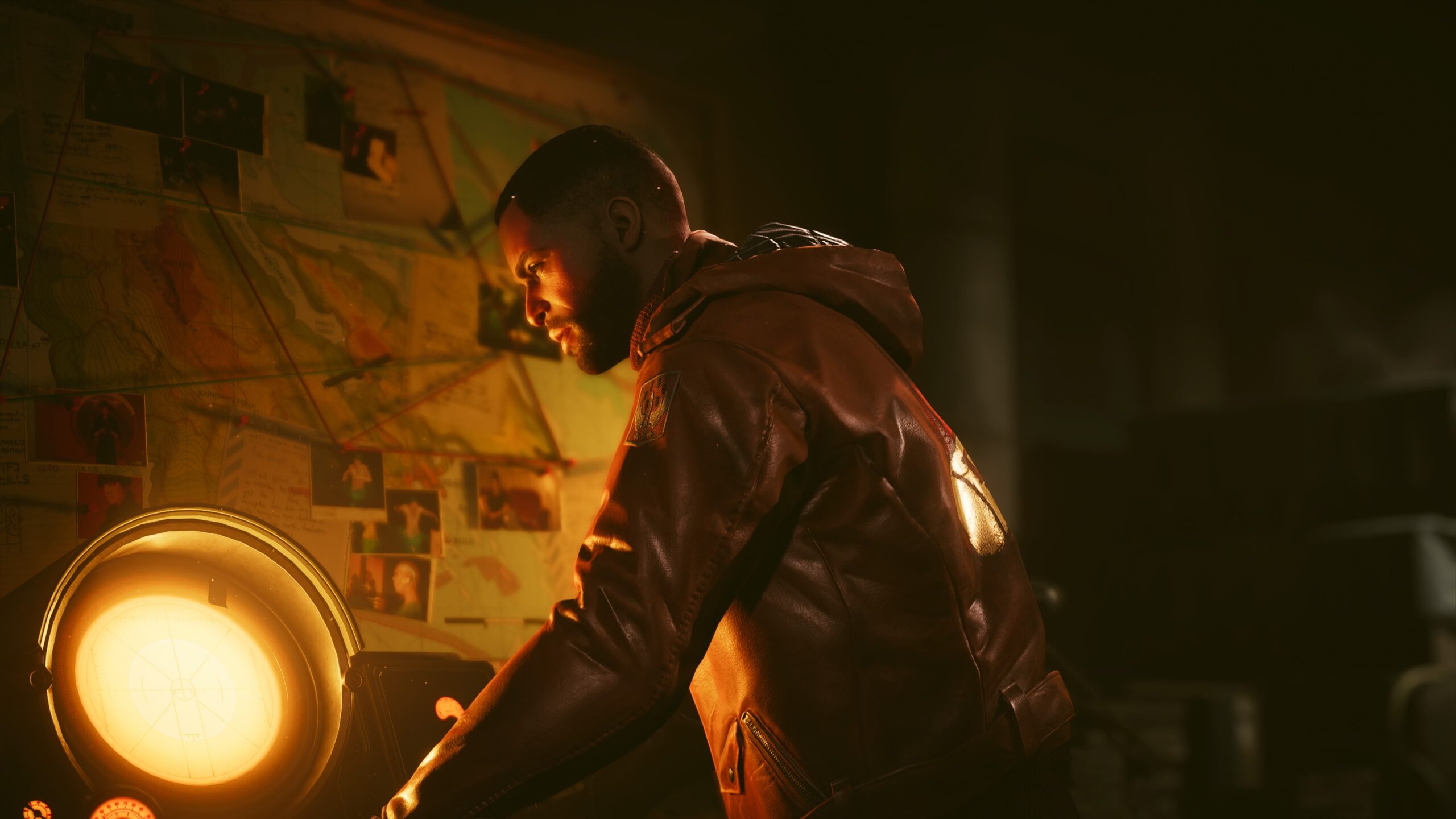 Still reading? Well I won’t give away too much!

“Groundhog Day with two assassins by way of Arkane” sums up the premise of Deathloop, which is enough to entice a large chunk of people; especially Dishonored and Prey fans. Arkane definitely dips into the font of those two games, and ends up pouring a refreshing drink that’s generally bolder, and more flavorful than several past efforts.

Personality is not a problem in Deathloop, for one. Colt, your avatar and the main event of this time-looping mess, is more interesting than the entire cast of most modern AAA games. The banter between him and Julianna (his rival) is glorious, and manages to rise above the typical edgy dialogue of a lot of shooters by actually making you laugh out loud. The ’60s decor and fashion sense help bring out that personality more, especially with all that marvelous wood-based interior design! Nothing better than techy sci-fi clashing with wood.

Deathloop‘s primary weapon is that it doesn’t take itself too seriously. The game highly encourages experimentation, loadout swapping, and exploration, and makes all of that very easy. The way the core loop (as it were) works is that you have an ultimate end goal in mind, but an unlimited amount of time to figure out how to do it. “Days” are broken up by morning, afternoon, and evening periods; all of which feature different environmental changes in four areas (connected by central tunnels, which you start and end every period in), and have key NPCs (Visionaries, which are basically bosses) in different spots. During all this, Julianna can randomly pop in as an extra encounter, both as an AI or as another player.

Loadouts, initially, are tenuous at best. You can’t keep all of your gear between loops, but very early you discover a mechanic that lets you pump what is essentially leveling currency into keeping items permanently. While a lot of games would make this process deliberately obtuse and annoying, I had what I could consider an “ideal” personal loadout in a little over an hour of playtime. From there, it was mainly tweaking, and adding extra flair for specific encounters (sneaking around, versus head-on fighting/boss battles).

It’s a very, very chill game with a lot going on, which is a feat to balance both so well. In case you’re worried, it doesn’t feel anything like a roguelike or a roguelite. The time loop gimmick actually serves the player at a foundational level, which really helped me become invested in it: I couldn’t stop playing from the time I installed it. Deathloop gets very fun to play very fast because it’s willing to get kooky and arcadey. Case in point: I was given a double-jump almost immediately and it was off to the races.

What are essentially magic powers (conducted through relics called “slates”) supercharge everything, providing access to berserker strength, stealth, teleportation, and more. Colt’s unique power is that he can die three times each day before starting over a loop: essentially providing you with three lives (complete with the now-classic “loot your corpse to regain your currency” conceit). Arkane could have gone the gritty route with grounded Call of Duty style clamboring and sliding (which is in!), but they plussed it up. Getting these powers is meaningful, too, as bosses (which respawn every day) basically poop out materia, which you can then pay to keep permanently (dupe abilities will provide upgrades).

Beyond chipping away at the critical path, part of the joy is slowly uncovering the mystery of why you’re in the loop, and I’ll basically leave it at that. The in-game mission screen is centered around this premise, offering a conspiracy theory style pinboard to help you slowly unravel everything. You can do multiple parts at once depending on the area you’re in, or take it bit by bit, and start fresh the next day.

However you choose to play, the game saves your mission progress/knowledge like passcodes and major revelations: so you don’t need to repeat a ton of things over and over until you get it perfectly right (nor do you have to memorize what you were doing). Again, Arkane could have gone so south with the number of roguelike elements they could have crammed in, but it really does play like an action-adventure that just happens to take place in a time loop.

All of these mechanics help facilitate cycle-based runs through a selection of four sandboxes that are combed through the way you want to. It isn’t perfect though. I encountered a few instances of “go here…oh actually now that you’re here, you need to come back in the morning.” Great! At least I had the opportunity to scour the immediate area, have some fun, head back, keep what I wanted by investing in those items, then dive back into the zone within a few minutes. Slightly annoying, but ultimately painless.

What wasn’t as painless was my encounter with several glitches on PS5, all of them menu-based. Sometimes when selecting a loadout the menu won’t load, and on a few occasions, it locked up and didn’t let me quit or start a mission. The only solution was to reboot, which let me pick up right where I left off due to the auto-save system. Your mileage may vary, but I encountered menu lag twice (which cleared up after 30 seconds), and soft crashing twice.

What I find especially fun is the post-mission “run back.” It’s a blast to figure out different paths to return to the tunnels before the next time period begins each day while all hell is breaking loose, and Deathloop entices you to come back under different circumstances to encounter new activities. None of the zones feel bloated: they’re packed just enough to warrant multiple runs without getting old, without providing the sense that they’re jammed with Ubisoft open world busywork. 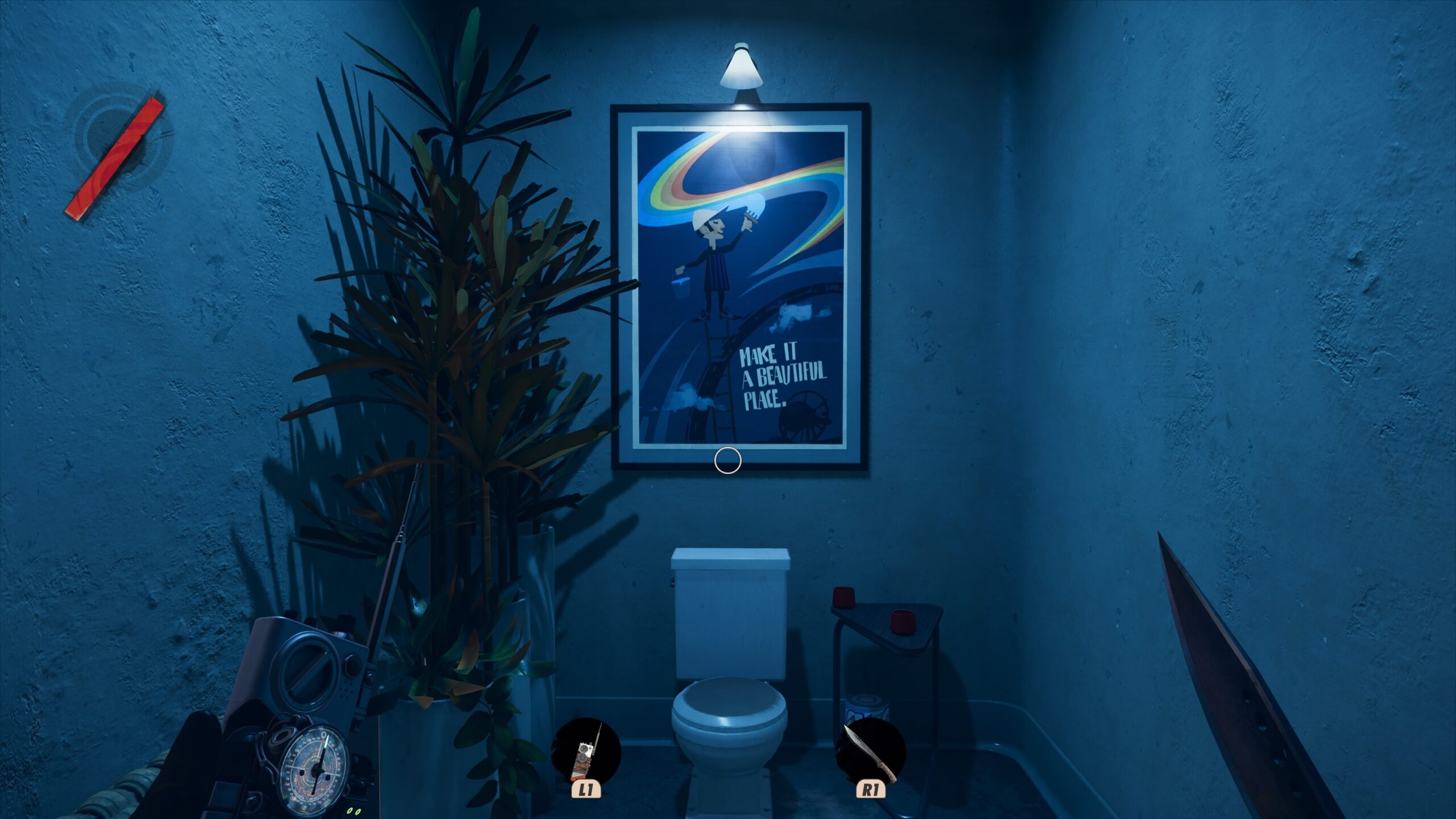 At what I would call a “medium pace,” I finished Deathloop in around 10 hours (after the game ends, you can repeat the final day or start over). Part of the genius is that if you want to rush it, you can. If you want to take twice as long, you can too. There’s a lot of speedrunning potential in Deathloop, and I’m stoked to see what people come up with as the “optimal way to solve the game.”

The other part of Deathloop is playing as Julianna, which has a very 2010s “we need multiplayer in this game” feel at first, but ends up being a bonus rather than something that detracts from Deathloop as a whole. Your job is to dive into another (human) Colt’s game via matchmaking, and take them out, similar to invading a game in a Souls joint. It has its own loadout screen and progression system, as well as a few subtle story bits. You can even turn off human invasions and restrict them entirely to AI as Colt. What I’m saying is you can ignore it, but it’s also justified.

Extra mode or not, the main game is not compromised in any way. Deathloop combines a classic Arkane stealthy-shooty foundation with a genuinely interesting and fun premise to aplomb. This is going to be on a lot of Game of the Year lists.