Never in a million years would I have thought that Deadly Premonition would get a sequel — or that I’d get to review it. 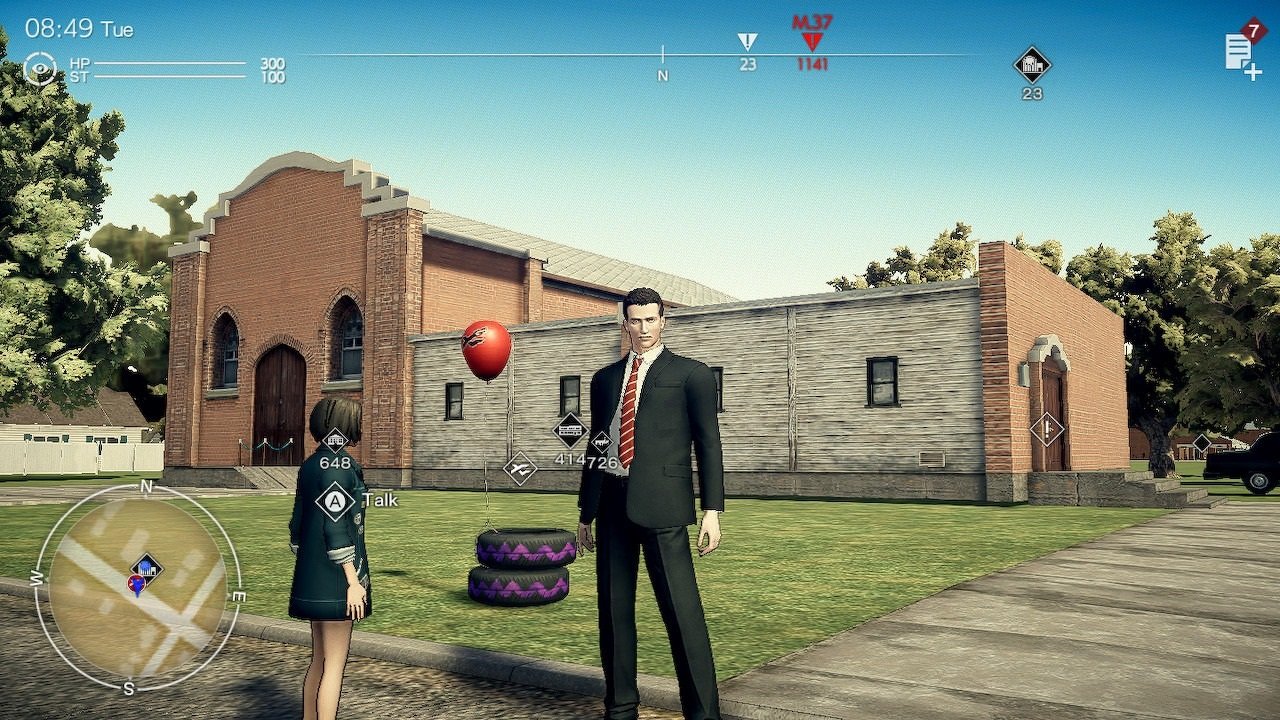 If you haven’t played the original yet, stop what you’re doing and pick it up. Or maybe don’t. Such is the conundrum of the Deadly Premonition…series, as of this week. Like your average David Lynch film (I’m utterly abusing the word “average” with that link, my apologies Zach), Deadly Premonition isn’t for everyone. It’s weird. It’s wild. It’s possibly dated. That mentality hasn’t changed much in the sequel, for better or worse.

This isn’t your typical “high polished AAA or even AA release.” It never once claimed to be. This is a messy, muddy Switch exclusive: just the way a lot of us like our Swery games. But it’s going to be a tougher sell this time around unless you’re hyper-invested in Deadly Premonition already. No one expected that the original would be Twin Peaks in disguise. It kind of crept up on everyone, with no Nintendo Direct hype behind it. The game just…existed. This time, nearly everyone saw it coming, and there’s expectations attached to that.

In my walkabout quest to navigate all this, I was lost at sea and let the trashy waters of Deadly Premonition 2 wash over me — after all, the phrase “harem of bikini queens” is uttered mere seconds in. There’s absolutely no option but to be pulled under the current of that body of water. This surreal disconnect is doubled-down upon in the sequel with the concept of two narratives: one serving as a prequel (with the original’s Francis York Morgan), and the other taking place in a more modern setting (with protagonist Aaliyah Davis). I don’t need to tell you that it’s a roller coaster how they wax, wane, and blend as the game progresses.

It’s a very dialogue-heavy game. You’ll spend a lot of time looking at evidence and chatting with suspects and townfolk. But all the while, you’ll continue to get sucked into the bizarre world of Deadly Premonition. This universe has roots at this point. Lore, if you will. And a lot of York’s background and motivations are explored in the sequel.

I wholly respect this route, as it allows DP to move away from the “inspired by” motif and into its own territory. York is still charming as hell, and his insane-yet-calm demeanor is incredible to witness as it plays out; as are his opinions on film (like how, after freshly watching Michael Bay’s The Island, he claimed it would set the bar for action for decades to come — he’d be a killer online critic). It doesn’t have as many explosive moments as the first (Swery offloaded a few narrative loads already), but they are present.

But while the story conceit takes a certain kind of patience and open-mindedness to enjoy (shots fired), the actual gameplay is much more down-to-earth. Like the original, this is an open-world joint (Le Carré, which is “just outside of New Orleans,” is the setting), complete with a skateboarding traversal system and minigames dotting the landscape. This is Swery to a tee, but I also get massive Clover vibes with Deadly Premonition 2. Running around the sunny (“searing light” as York calls it) Le Carré is equal parts tedium and joy.

Riding around on a skateboard beats the hell out of driving that car in the original, but it’s still trying at the best of times. (Thankfully, fast travel is unlocked quickly enough.) The time mechanic returns from Deadly Premonition, which means a lot of waiting around, going to sleep at your hotel, or using plenty of cigarette items to advance the clock. There’s even a few good old fashioned vague scavenger hunts that are going to elicit myriad walkthroughs for years to come.

Exploration is also hampered by the finer technicalities. I wasn’t kidding about things being rough! You know those “sub 60 FPS: unacceptable!” people? They’re going to hate this. While the character models pop a bit due to their uncanny designs and cartoonish accents, the framerate is often all over the place, especially in portable mode and particularly outside. While moving about indoors is respectably playable, all bets are off when you hit the great outdoors. At times, it can be like watching a slideshow (I also had one crash total to boot). Toybox Inc. doesn’t have the best track record for technical stability and they didn’t magically mend that reputation with this project.

Having played games since the ’80s, this is jank I can deal with. The PS1-era was rife with these kinds of bug-ridden fairweather adventures that I had some of the best times of my life with. But you might be thinking: it’s not 1995, it’s 2020! And I realize that. Do not go into the sequel assuming that a decade later, Swery and his team made it a priority to eliminate jank. This is a late-stage PS2 game running on a non-slim PS2. Combat is still a broke-ass Resident Evil 4, and I’m not talking about a remaster: I mean broke-ass circa 2005. When the framerate for your loading screen is more stable than the actual game, you know you’re in for a wild ride.

It’s a weird game to review because so many people are going to expect drastically different things. How many games force you to shave and send your clothes up for dry cleaning? How many times can you say that you hexed an old widow so that you could go bowling in the past…oh say decade or so? Deadly Premonition 2: A Blessing in Disguise is another trip. You’ve been warned.