Capcom once again tugs at our heart strings

Although the DLC for Dead Rising 3 has been disappointing as a whole, Capcom surprised us all during E3 with the announcement of a new exciting prospect — the Super Ultra Arcade Remix Hyper Edition EX + α add-on.

Simply put, this pack is a massive piece of fanservice, complete with a giant zombie M. Bison boss, outfits ranging from Street Fighter to Darkstalkers, and even little extras like Power Stone billboards.

It also has a Rival Schools reference and a playable Sigma outfit, which is enough for me. 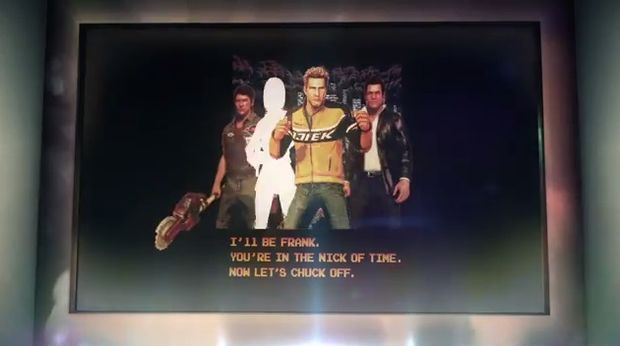 Like the Untold Stories DLC series, Super Ultra is its own completely unique option on the main menu screen — it has no bearing on your main story file. It even has its own “boot up” screen, filled with a clever use of “check RAM” arcade screens and a “Winners Get Chipped” icon — a take on the old-school “Winners Don’t Use Drugs” slogan. Heck, the old school Capcom chime even plays for good measure.

So what is Super Ultra? Well, it’s a series of arcade-like battles with multiple objectives, closely resembling an old-school beat-’em-up. Four of the major characters from the Dead Rising franchise return as playable characters: Frank West, Chuck Greene, Nick Ramos, and Annie Greene. All of these characters have a unique weapon (such as a chainsaw or an electric hammer), special attacks, and unique super abilities.

In that sense, all of the characters control differently, and the extra outfits really bring in the fanservice as well as new types of play control. Outfits range from Captain Commando, Mike Haggar, Chun-Li, Ryu, Mega Man X‘s Sigma, Akuma, Felicia, and even obscure references like Dino Crisis and Rival Schools. Each character has their generic appearance from their Dead Rising game as well as five costumes — so there’s a lot of choices.

All of the action takes place in four “districts” — modeled after the main areas from the core game (Ingleton, Central City, Sunset Hills, and South Almuda). Each area consists of multiple rounds (and bonus rounds), with different objectives and tasks. Sometimes it’s as simple as “kill [x] amount of zombies,” but more often than not you’ll have to dispatch of specific targets, fight bosses, or even race from one area to the next.

Said zones aren’t just modeled after the original game’s muted color palette — all of them have been re-imagined with flashy neon imagery, as well as extras like billboards for various Capcom games. The power-ups and giant explosions also help give a little more life to the world of Dead Rising 3, and show off the game in a brand new light.

The power-ups are also insanely detailed, like the defensive pickup that adds Ghouls N’ Ghosts Arthur armor, or the various super attacks like Strider‘s Ouroboros machines. Just about every major Capcom property is represented here, from Power Stone to Mega Man, to the classic Yashichi power-up. You can also roam around and find (unplayable) classic Capcom arcade cabinets as extras. 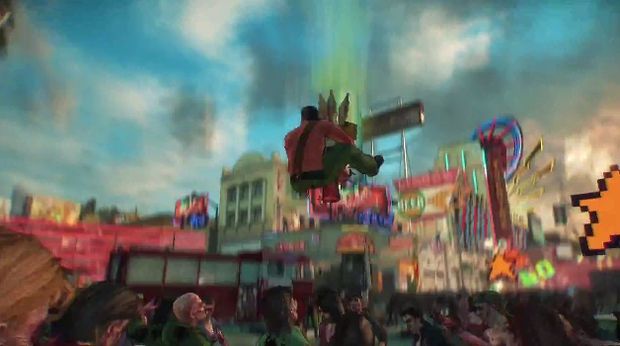 My major complaint however is that the base characters don’t gel perfectly with the new high-paced playstyle of the DLC. The engine is still fundamentally the same even with the power-ups in tow, and often times, it can take forever to get from one area to the next while running on foot. It’s odd, because once you hit a pack of enemies things get back on pace. Sadly, matchmaking seems to be very slow today, and I had to wait over 10 minutes to get in any matches. I highly suggest playing with others, but the good news is even solo play is fun, and absolutely doable.

Each round lasts roughly five minutes or so, and every zone will take roughly 30 minutes to complete. Costumes are unlocked by way of the Zenny currency (ha!), which allows you to buy roughly one costume per completed zone. There’s also a score attack aspect involved, as well as leaderboard support and a competitive element for each player to top one another within a game.

Capcom clearly had a lot of fun designing this DLC, as even the title pokes fun at its tendencies and strategies throughout the years. While it’s clear that the company has let more than a few of fans down over the years, every so often it has been known to surprise people, and this is one of those occasions.