Dead Rising 3 was a very welcome surprise. It was not only my favorite launch game between the Xbox One and PS4, but it was a killer co-op experience, and had a lot more personality than I thought it would based on early trailers.

Leave it to DLC to not only take out multiplayer, but jettison some of that personality as well. 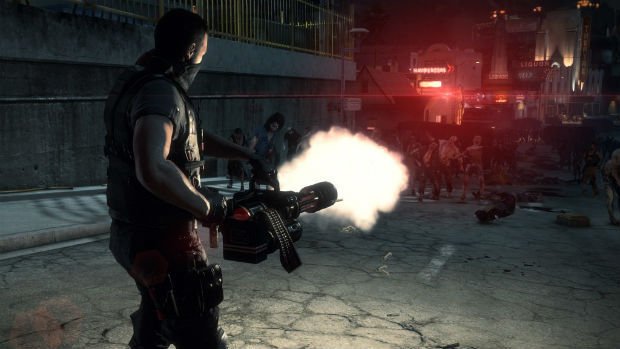 Under the guise of the “Untold Stories of Los Perdidos” Dead Rising 3 is set to obtain four DLC packs, all set in the same area as the core game, with four new characters and tales to tell. The entire affair is framed by way of a tech expert watching all of the characters big brother style, which is a cool way to link all the narratives together. Sadly, it kind of falls apart from there.

Operation Broken Eagle, the first add-on, starts off in an almost laughable fashion — with a generic spec-ops soldier and his crew crash landing from a helicopter after a few “‘Merica!” yells. The “hero” of the tale is Adam Kane (he’s been in wars, you know), a character so forgettable that I actually forgot his name multiple times throughout the “rescue the president” story. Capcom had the opportunity to go all out and parody the likes of Stallone or Schwarzenegger for some big laughs while keeping in the spirit of the franchise, but they didn’t.

Instead, you’re going to get a poorly told story (which can be played on Normal or Nightmare mode) on the exact same Los Perdidos map you’ve played before. You’ll even share your character level with your progress in the main game, as well as collectibles. While this may seem like a good way to tie all of the content together, it also serves to eliminate any unique qualities that Broken Eagle might have, effectively rendering it pointless in many ways. It also makes the DLC feel rushed and shoved out the door.

It doesn’t help then that the story is linear, taking order after order from your superior officer as you trek across the map and grab dog tags, as well as embark on boring fetch quests. Broken Eagle gives you two unique scenarios — taking out “illegal” bases (by smoking them out), and collecting tags — that’s it. There’s a huge missed opportunity here with the dog tags, as they easily could have been the “psycho” fights of this particular DLC. 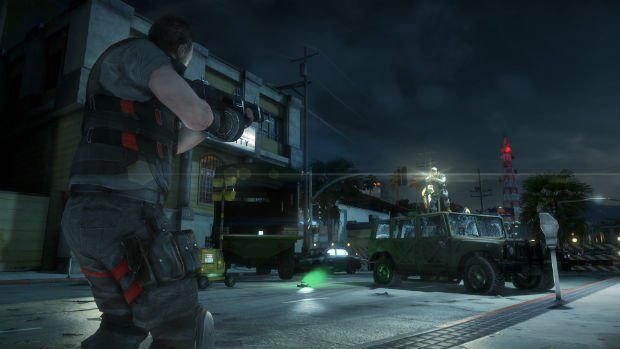 With some added cheese factor, it would have been cool to see Kane’s fallen comrades as boss fights with a mini-cutscene reminiscing on a past mission, following by a series of intense battles. But that’s not what happens here, as you’ll basically just chug along mission after mission for roughly an hour (yep, an hour — two if you’re lucky).

The good news is this is still Dead Rising 3, with the same great gameplay you know and love, despite the terrible presentation of the DLC. Kane ostensibly functions in the exact same manner as Nick, and at the end of the day, it’s still good fun to mow down (and run from) hundreds of on-screen zombies at once. If you really want more Dead Rising 3 at all costs, it might be worth seeing how the other three stories pan out. 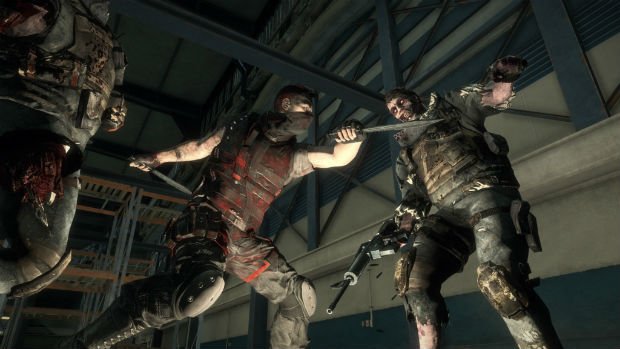 Sadly, there are no worthwhile extras to entice you to get Broken Eagle in particular. For starters, there is no multiplayer allowed within the DLC — period. Capcom says this is because they want to isolate the stories as a single-player experience, but after playing the first offering, my response would be “what story?” Thankfully, there are five new weapons and a vehicle (which can be used in the core game), with the standout of course being the minigun, which should please a few of the die-hard fans out there who want more sandbox goodies.

As it stands, there is literally no reason to get Broken Eagle. It’s criminally short, you can’t enjoy it with a friend, there are no real benefits if your character is maxed out from already playing the core game, and it doesn’t add to the overarching lore in any meaningful way. Hopefully the other Season Pass offerings will be an improvement, since we still have three to go.