Somehow Dead or Alive Xtreme 3: Fortune manages to have even less gameplay than previous titles, and even more focus on sexualization — one cast member that doesn’t look quite legal — but maybe you’re into that? Hope you’re also into grinding put in place to tempt you to buy microtransactions because that is a hot new feature you can only find in this Asia exclusive title. 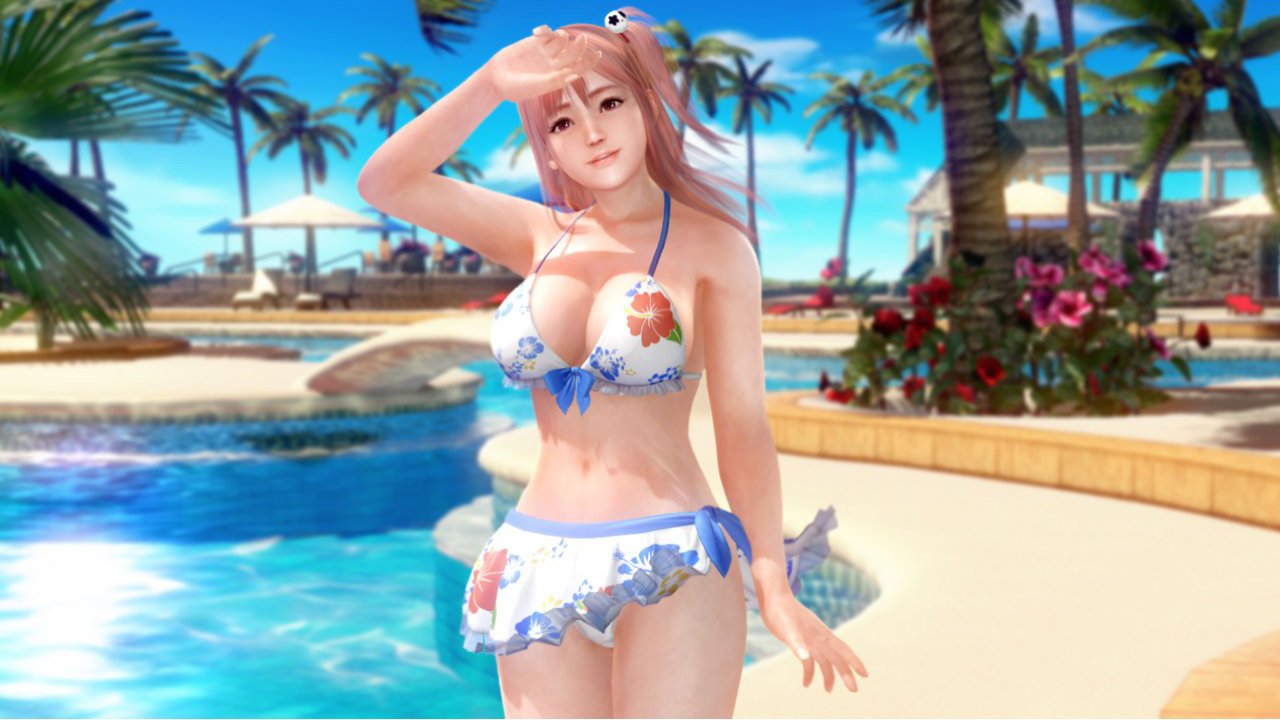 I’ve played most every game in the Dead or Alive series including both Xtreme Beach Volleyball and Xtreme 2. Xtreme 3 easily has the least content of any entry in the series. Xtreme 2 was missing content from the original game, and Xtreme 3 continues that trend.

That isn’t to say that there aren’t new features on offer such as swimsuit malfunctions, meaning sometimes a bikini strap will fall causing a girl to have to hold onto her top. You’d think this would end up making the game more revealing, but you’d be wrong. Instead bathing suit tops cling to girls even when their hands move away, somehow defying gravity. Oh, that’s right, nothing in this game is realistic.

A majority of your time in Xtreme 3 is spent split between three different activities: mini-games, gambling, and creeping on girls.

With six mini-games on offer you’d think at least one of them would be entertaining, but that isn’t the case. Butt battles, where girls thrust their asses towards each other in hopes of knocking the other into the pool in what feels like a fucked-up version of American Gladiators, requires almost no thought. I was able to close my eyes and simply mash the O button over and over and pull off a win, even when playing against harder opponents. The same can be said for tug-of-war, that can be won by simply mashing the stick in either direction. Flag races play like the 100-meter dash in Track & Field: Mash X when the game says go and you win.

The pool hopping mini-game is back and essentially unchanged. You’ll be mindlessly pressing buttons as displayed on top of ugly floating platforms that look lower-resolution than anything else on screen at the time. The button presses are just as sensitive as before, meaning you’ll end up in the pool more often than not. Even after nine hours with the game, I found myself ending up in the pool occasionally no matter how careful I was.

Another new addition is the rock climbing mini-game, which boils down to a glorified quick time event where you quickly mash buttons to force your chosen object to scale an ugly brown texture. Once your object reaches the top, you’ll be treated to a clip of their unrealistically perfect tits clipping through the rocks as they struggle to pull themselves up. I don’t know about all of you, but I’m certainly not turned on by danger or clipping graphics.

Volleyball, the mainstay of the series, is the same as it has always been, that is to say, it’s very basic. While it is the most engaging gameplay in the game, it isn’t much more advanced than volleyball games from the NES era. It seems like the movement animations from Xtreme 2 are reused here, as the girls stiffly run around with their arms held at 90-degree angles.

The reuse of assets from Xteme 2 seems to be a common occurrence, as the backgrounds in the casino are essentially identical. The poker table’s text is low resolution with visible jaggies; the same can be said for the background. I’m not sure if I’m imagining things, but Poker didn’t seem all that random, as I was able to start predicting the cards I’d get pairs of by the time I finished playing. Blackjack is still the easiest way to earn money quickly, and roulette is still a chore, taking far too long per turn. What’s worse is that at times there are missions given to players to play ten rounds of roulette, which I can only assume is almost as bad as waterboarding, or at the very least watching paint dry.

The reason most people buy this game, to creep on virtual girls, is called “Owner” mode. Zack, owner of the island the girls are vacationing on, has gone off somewhere (read: Team Ninja couldn’t be bothered to create new assets to include him in the game) and you’re tasked with being the owner of the island the game takes place on. You can seamlessly swap between owner mode and girl mode in the location selection menu between activities. Owner mode tasks players with taking photos of girls doing various activities while also trying to seduce them by buying them gifts, making sure to use their favorite colored wrapping paper. 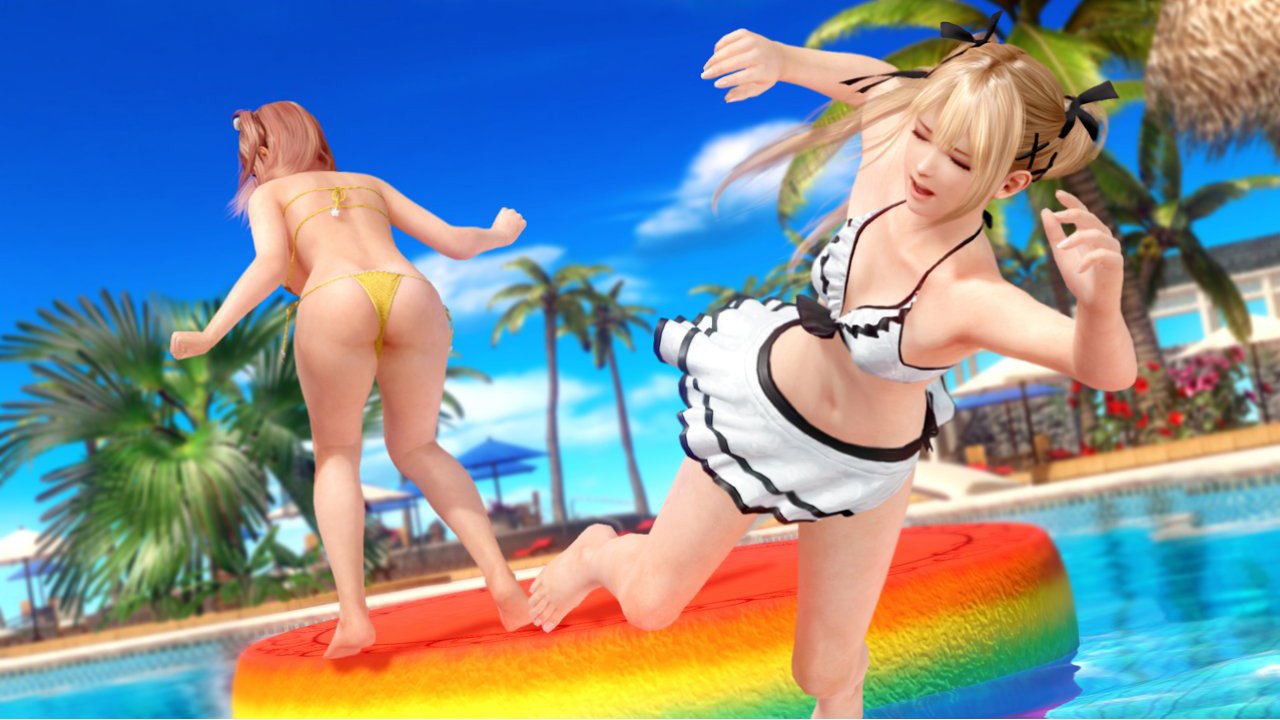 The owner’s money and items are separate from the girls, and he can gamble at the casino as well. Once you’ve played at the casino enough as the owner, you’ll unlock tickets that grant you a strip tease from the girls, if you’ve somehow forced them to have feelings for you by buying them things (what a terrible message to send to people). The strip teases are awkward with stiff animations just like those found in volleyball. Don’t believe me? Then check out this not safe for work video that includes Marie, the 18-year-old-who-looks-14-at-most, performing a strip tease.

Performing any task in the game will earn you Zack bucks that can be used to buy swimsuits, food, gifts, volleyballs, new hairstyles, and can be used for gambling at the casino. Gifts can be sent to girls to make them favor the girl you’ve chosen to play as, eventually letting them partner up with you for volleyball if you’d like. In the grand scheme of things gifting feels like “Baby’s First Dating Simulator” and isn’t all that fun or important.

You’ll be given missions to complete a certain task a certain way or number of times, and upon doing so you’ll earn bonus cash and experience points that count towards your owner rank. Increasing your rank unlocks the ability to purchase more content in shops, but ranking up is a real grind. Some missions require buying an item a girl likes and gifting it to her as an owner, others have you playing or winning a minigame multiple times, or as mentioned, playing awful roulette ten times. Grinding in a game that only has a demos worth of content is fucking stupid.

But the grinding doesn’t stop at ranks, as unlocking outfits for the girls means you’ll be doing the same mini-games and gambling over and over. The amount of money you can have at any given time is capped at 1.5 million, preventing you from buying more than a couple of swimsuits at a time. Why cap in game money, you may ask? Well to encourage you to buy microtransactions of course! That’s right; walls have been built in the hopes that you’ll cave in and pay a few extra bucks to Koei Tecmo to outfit your character in barely there bikinis. Isn’t capitalism great?

Graphically there is much to be desired here, at least, when it comes to surroundings, as the girls look fantastic. Let’s be honest, this is all that matters to most of you, and if that is the case you’ll be pleased to know that tits and ass jiggle more realistically than in previous titles. Outfits don’t seem to be all that original or more revealing than in previous titles really, and you’re not going to see any nipples or holes aside from mouths. There are tons of swimsuits to purchase and unlock if you don’t mind the mindlessly dull grind to get them.

I bought my copy of the game directly from the Hong Kong PSN store, which includes the game entirely in English. The English translation is the same you’d expect if the game released here, with no noticeable grammar or spelling issues. All the voices are in Japanese, but judging by past English voice acting that is a good thing. Honestly, I don’t know why Koei Tecmo don’t just release this version of the game on PSN for English-speaking countries, the people who will be offended by the game aren’t going to buy it regardless, and it is easy to deal with criticism when you can plug your ears with cash money. Surely they could, at the very least, make back the amount of money required to release it digitally in other regions. 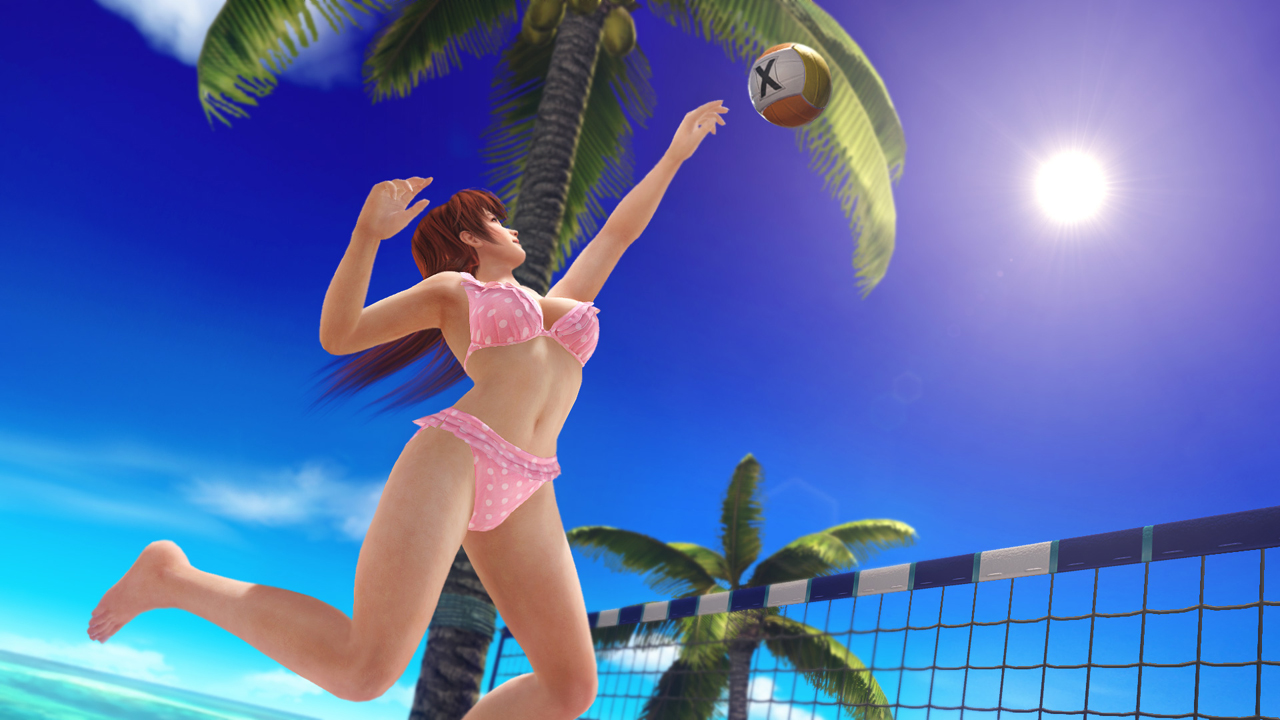 [This review is based on a retail build purchased by the reviewer. The term “person of color” was erroneously used in the first draft of this review, and has since been changed to denote the writer’s original intention.]

[This review is based on a retail build purchased by the reviewer.]