I don’t know when I put down Dead Cells, but I did, and I’ve been meaning to get back into it ever since.

The roguelike action-platformer has seen continuous support for years now, to the point where it’s easy to lose track of what’s coming and what’s going, but there’s been one constant: it still has best-in-class flow. The Bad Seed – the first paid DLC level pack for Dead Cells – is an ideal point of re-entry.

You don’t have to be at the top of your game to enjoy these two new levels and gnarly-looking boss. 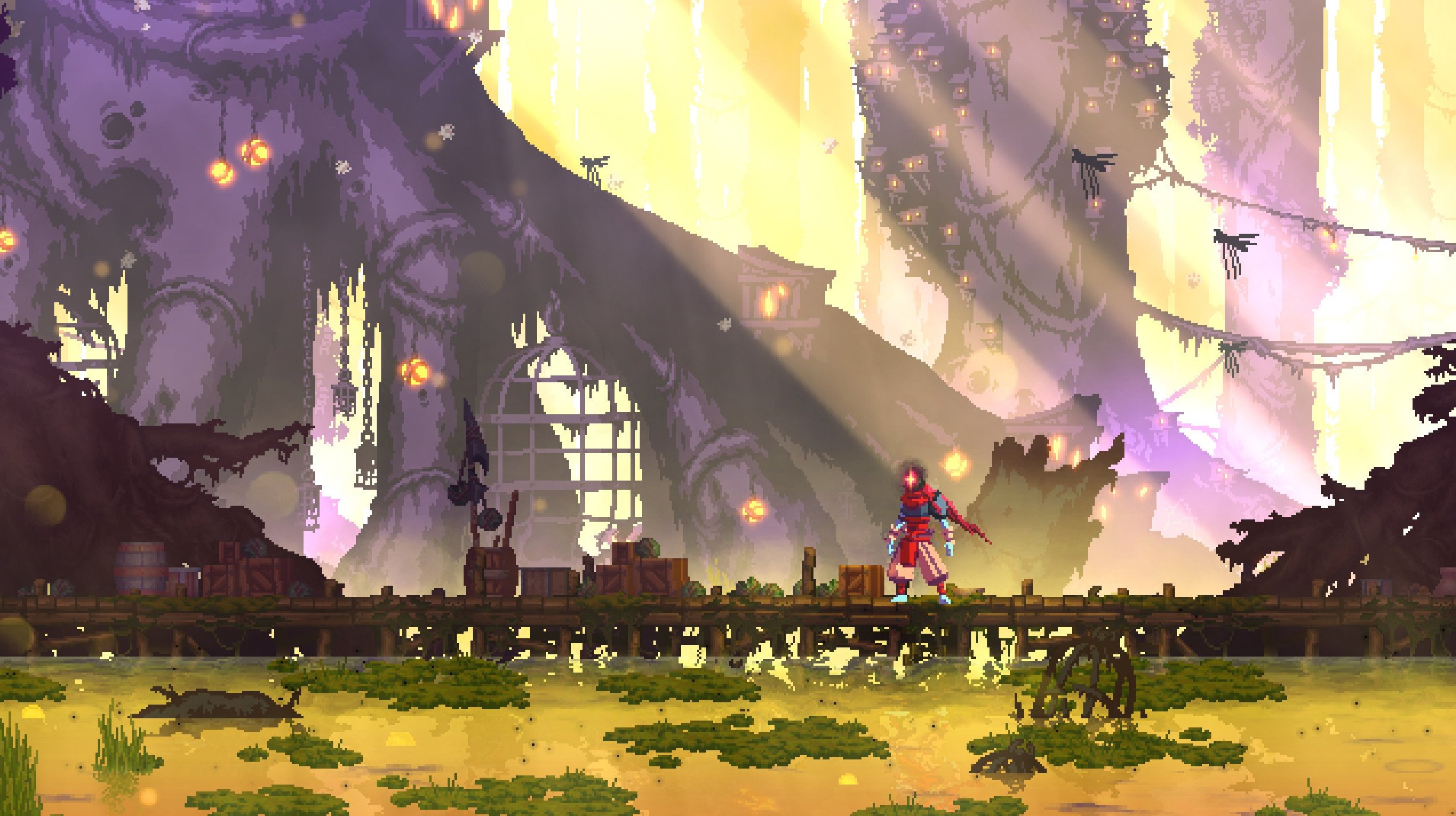 The Bad Seed slots nicely into the core progression of Dead Cells, so if you’re looking for a change of pace long before the Throne Room (or you’re just sick of running through the Toxic Sewers), this is it.

The first new biome, The Dilapidated Arboretum, can be considered a warmup. It’s accessible straight away from the Prisoners’ Quarters, so we’re talking early-game content. That said, the mushroom men and the boys they hurl can pack a wallop, especially if you’re bounced into a spike wall or knocked onto a carnivorous floor plant (which you can also use to your advantage as a trap and a trampoline).

The best bit? Using fungi tricks against them. One of the new Powers in The Bad Seed, the Mushroom Boi, is perfect for Survival build fans. You can spawn your own little follower who will charge headfirst into danger – and if you have the stomach for it, you can even strategically detonate your buddy.

The other biome, a swamp called The Morass of Banished, could’ve been torn from Dark Souls. It’s not a navigational slog like Blighttown or the Valley of Defilement, but its agile dart-firing denizens would feel right at home in From Software’s toxic wastelands. I don’t think I’ll ever get tired of leaping, rolling, and smashing in Dead Cells, and this zone encourages you to move and move quick. Ambushes await.

You can pick up a dart gun of your own (guaranteed critical hits on enemies’ backs is extremely my jam), as well as fans that can reflect projectiles, an instrument that rewards well-timed hits, and a ridiculous two-handed/two-slot scythe that just screams power with each heavily wound-up swing.

The swamp zone does a great job of prepping your reflexes for the boss – a multi-eyed monstrosity – with surprisingly beefy mini-bosses who follow a similar combat rhythm. One of my earliest complaints with Dead Cells was a lack of bosses, and I particularly appreciate how this fight isn’t outlandishly fierce for the sake of it. Mama Tick is like a less-mobile, easier-to-handle Conjunctivius – a confidence boost.

After clearing out The Nest and cashing in your hard-earned Cells, you’ll be able to venture into familiar areas like The Stilt Village or The Graveyard and continue the rest of your run like normal. (Good luck!) 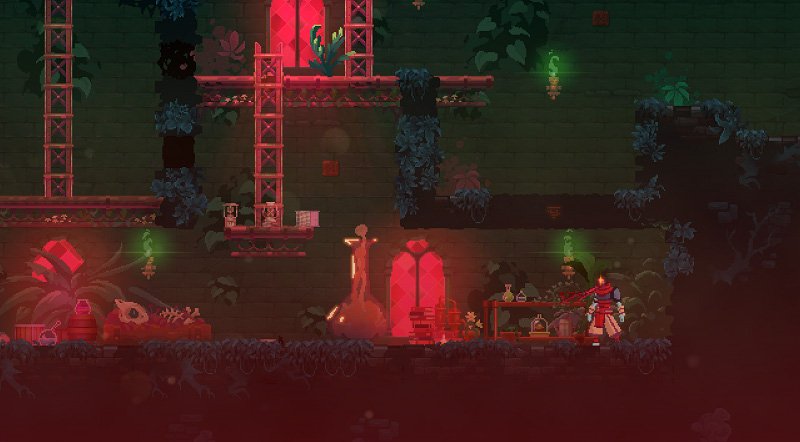 I think it’s crucial for the developers to continue giving players of all skill levels something to sink their teeth into – a task The Bad Seed accomplishes, particularly coming off of Rise of the Giant.

The Bad Seed is a natural extension of everything that made Dead Cells so tireless and long-lasting. The new levels don’t feel arbitrarily tacked-on (even though they essentially are), and you don’t need to be a masterful player to conquer them. I could go for a few more DLC packs with this exact structure, easily.