It only took a single (unsuccessful) stab at Dead Cells for me to get back in the swing of things and boy does this game still feel fantastic. Its sense of ferocity and flow is up there with the best of ’em.

I didn’t just boot up Dead Cells for the heck of it – there are a few new premium levels to check out today. Following the first paid DLC, The Bad Seed, you can now spice up your Dead Cells runs with Fatal Falls. The first level pack was successful right out of the gate, and this next one proves it wasn’t a fluke.

Fractured Shrines, Undying Shores, and The Mausoleum slot right into the mid-game. 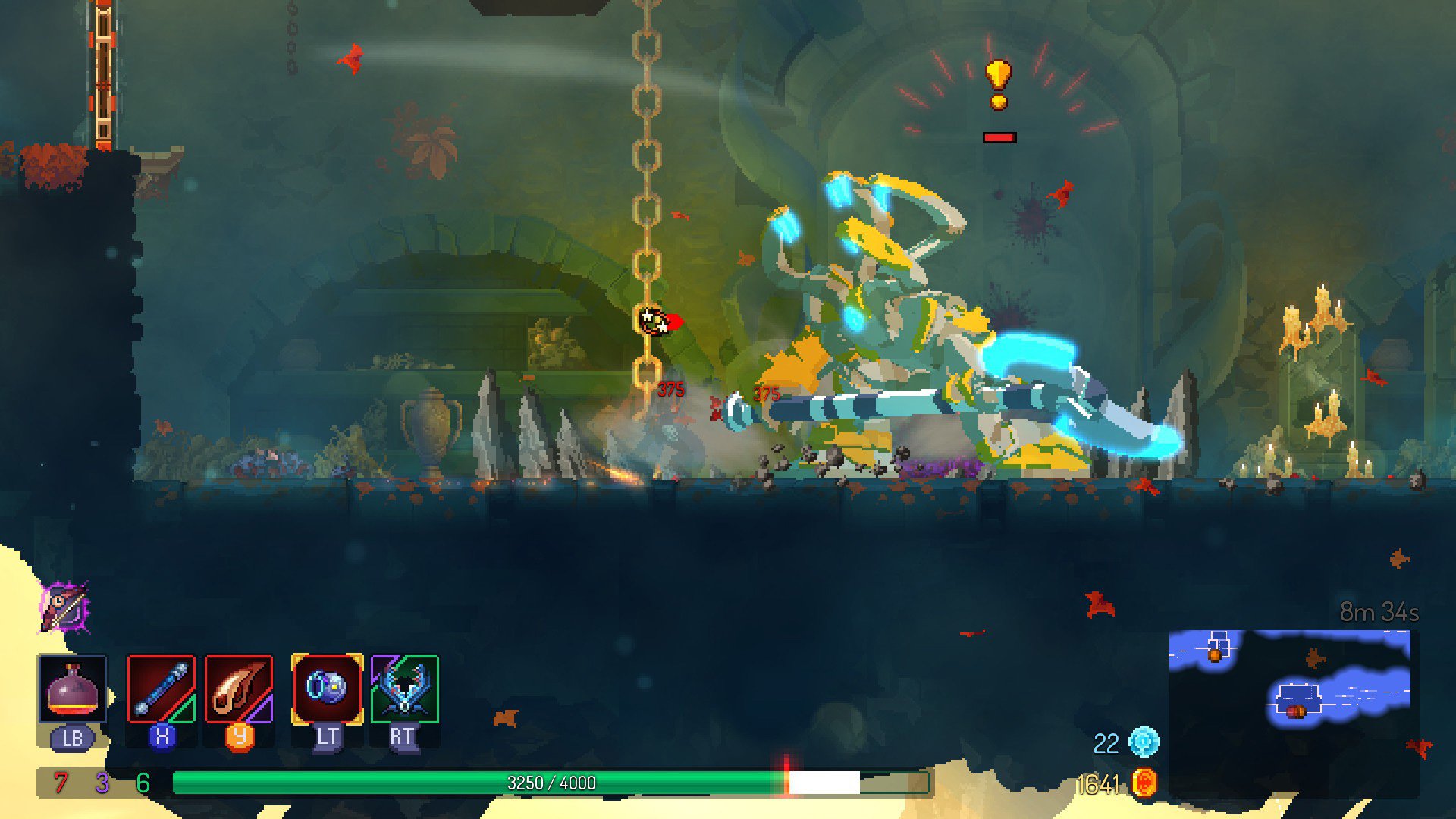 Fatal Falls goes from one extreme to the other: from an open-air zone littered with traps and perilous platforms (Fractured Shrines) to a rotten rain-soaked cliffside full of enemy-reviving apostates (Undying Shores). The former area serves as a nice break from Dead Cells‘ denser and more claustrophobic levels, and the latter biome is a classic exercise in never underestimating your opponents. They can gang up!

Given where these zones are placed in the grand scheme of Dead Cells, it makes sense that I’d need a few warmed-up attempts to clear them and topple the new sickle-throwing boss – a Scarecrow who proved particularly tricky while I was shaking off the rust. He’s meant to be on par with the Time Keeper.

It’s a challenging fight, one that quickly establishes a familiar pattern at a fair pace before escalating things further and further to catch you off-guard. I dug it! As for the other levels, Fractured Shrines can feel slightly too one-note with its trap-ridden layout, and Undying Shores is deceptively tough; you’ve gotta stay on top of lantern-wielding summoners who won’t hesitate to fill your screen and body you.

For what it’s worth, I think the trailer is a pretty accurate depiction of the Fatal Falls levels.

There’s bound to be some overlap as this game continues to grow. That’s only natural. I don’t think Fatal Falls is quite as fresh as The Bad Seed, but it’s a close call. And I have to say, the gear is on-point.

In terms of weapons and items, Fatal Falls has a pair of placeable Lightning Rods, poisonous Snake Fangs that let you teleport to foes for quick damage-over-time buildup, a soul-absorbing Ferryman’s Lantern, an Iron Staff and Cocoon for parrying, and Scarecrow’s Sickles that fly in a crit-inducing arc.

I should also mention that you can summon a “pet sword” named Serenade like it’s the late ’90s again and you’re stomping through Dracula’s inverted castle. Time to start speccing toward Brutality. 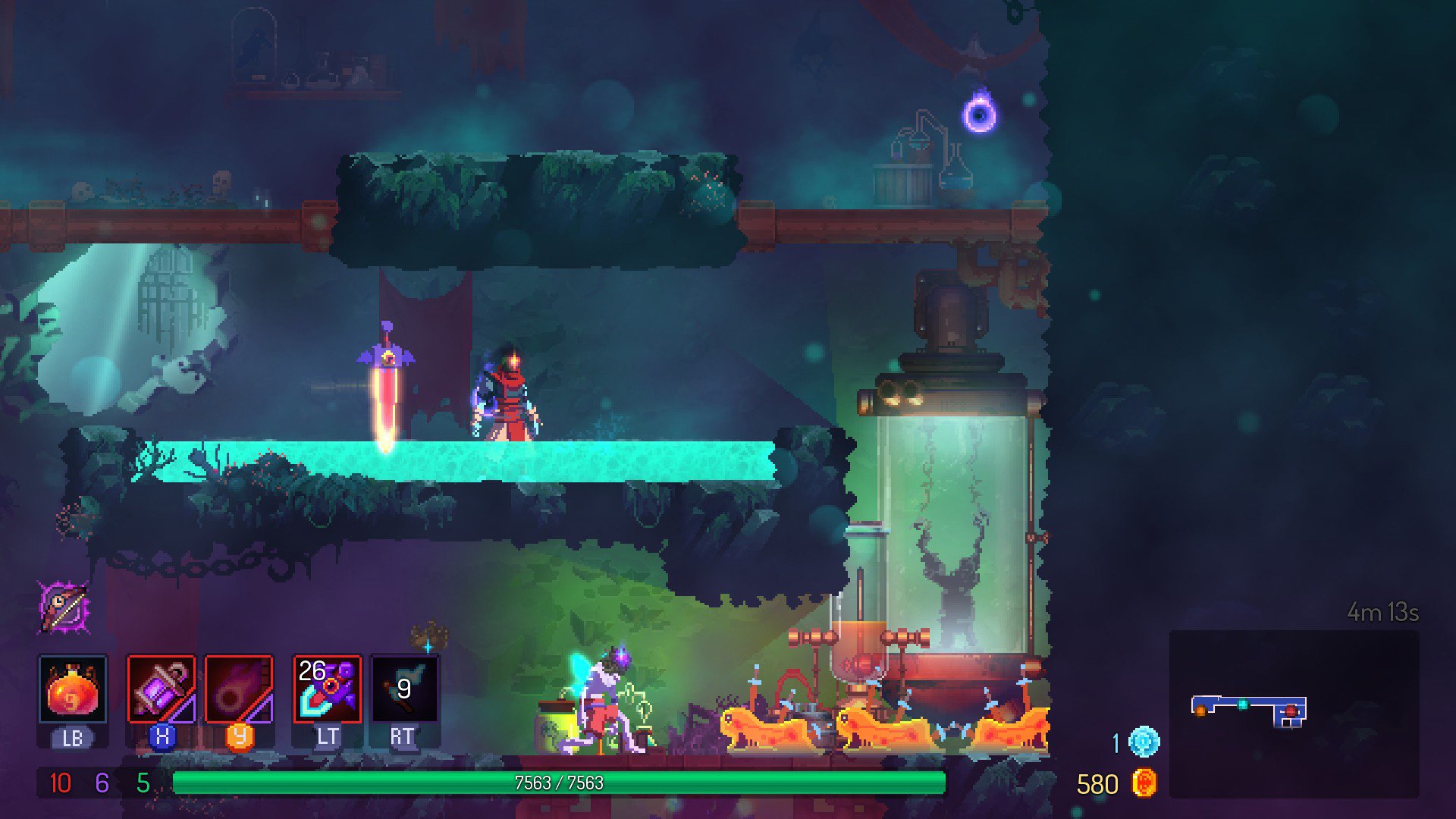 I’ve long felt that the choose-your-route roguelike foundation and slam-stab-roll rhythm of combat in Dead Cells are truly excellent – and that the main path toward improvement would be more levels and more bosses. I’m not a high-level player who’s out there carving their way through the later Boss Stem Cells. Instead, I tend to show up when there’s significant new content (like DLC) and casually keep tabs on the ebb and flow of ongoing balance changes in the meantime. It’s a comfortable place to be.

I can’t say that Fatal Falls will keep Dead Cells at the top of my rotation for all that long – it’s bound to be a short-lived resurgence given where I’m at with this game – but I’m perfectly happy as is.

A genuinely great game just got a bit more fleshed-out for the right price. That’s good enough for me.