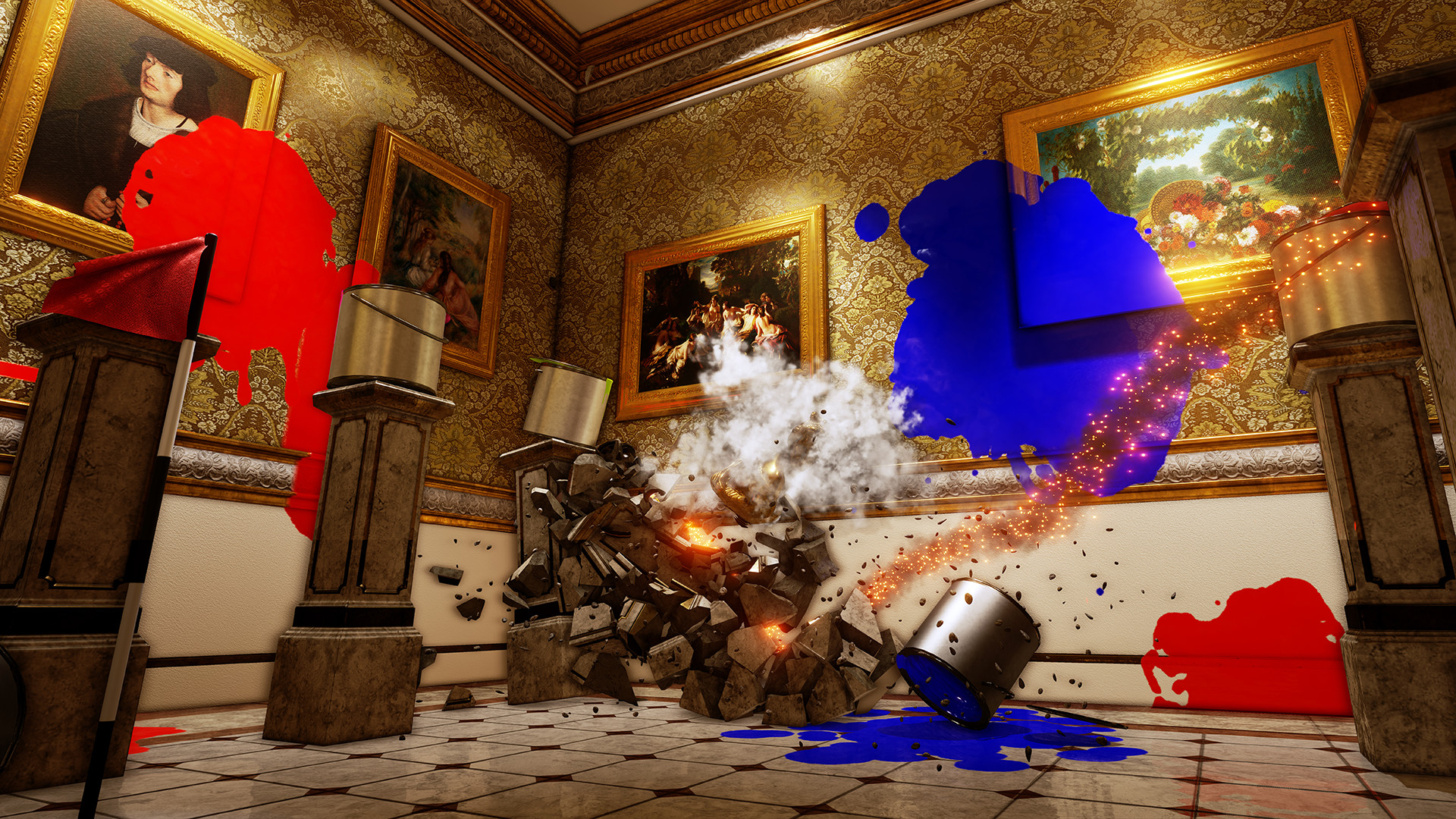 Dangerous Golf is a confused game and it has nothing to do with the wacky pairing of the stodgy sport of business class assholes worldwide with physics-based mayhem and destruction. I was on board with that idea from go and I still think there’s something there.

But Three Fields Entertainment, an indie outfit comprised of the people who made Burnout, shanked the execution. 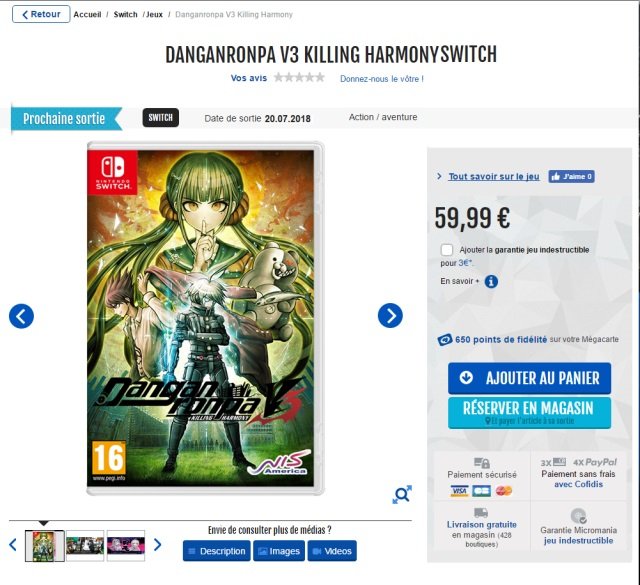 The setup works: it wryly calls itself a golf game because there is a golf ball and there is putting into a hole. Most holes have you “tee off,” which just involves aiming at a bookshelf or pyramid of champagne bottles and pressing forward on an analog stick (worth noting — no mouse and keyboard support of any kind, PC players) to send the ball careening into shit. Typically your aim is to break a set number of things, which allows you to activate your Smashbreaker. With the ball aflame, you can gently steer it left or right to aim it towards as many piles of things to destroy as possible in order to rack up points. When the Smashbreaker runs out, gravity takes hold, planting the ball down. From there, you’re asked to putt, which plays out more like billiards than anything. Again all you typically do is flick up to send the ball rocketing forward, ideally ricocheting a few times en route to the hole.

You have a bit more input and later stages add mechanics like a laser sight to aim tee offs or glue that sticks the ball wherever you shoot it (completely circumventing the Smashbreaker destruction). Holding L2 while putting will do a lighter putt, useful if you’re a bit too close to the hole. While the ball is flying in Smashbreak mode, L2 and R2 will decrease and increase the bounce, which is something I discovered by accident after a few hours, as the slight control you are able to exert over the ball isn’t ever explained all that well. This is when all the design issues start to spiral into one another.

There are 100 holes in Dangerous Golf and 4 levels. The solo campaign spans France, America, Australia, and England, but it lacks all the kitschy novelty of a globetrotting game like Twisted Metal, which let you blow up the Eiffel Tower, or even the Tony Hawk games. The “United States” is just any industrial-style kitchen, often filled with hamburgers as one of the things for you to turn into detritus. Australia? It’s a gas station. Australia is known for its gas stations, after all — classic Australia!

So there are four levels, chopped up in different ways. One hole in the United States might just include the kitchen, another just includes the kitchen’s storeroom, and the third, look out, includes both the kitchen and the storeroom. This is done 100 different times. And you have to beat every single hole to unlock more, so you’ll have done dozens before, say, England even opens up; a welcomed change of pace until you play the same England area a bunch of times repackaged and cut up in different ways.

The biggest actual change of pace is the holes that are just putting challenges where you have 50 flags lined up and you have to knock a ball in each — ideally while doing ricochets and trick shots to earn up to a platinum medal — under a time limit. It’s weird, but putting is probably the most satisfying part about Dangerous Golf because of how little direct control you have over the flaming, hellion of a Smashbreaker ball (especially when the camera wigs out and obscures your view). 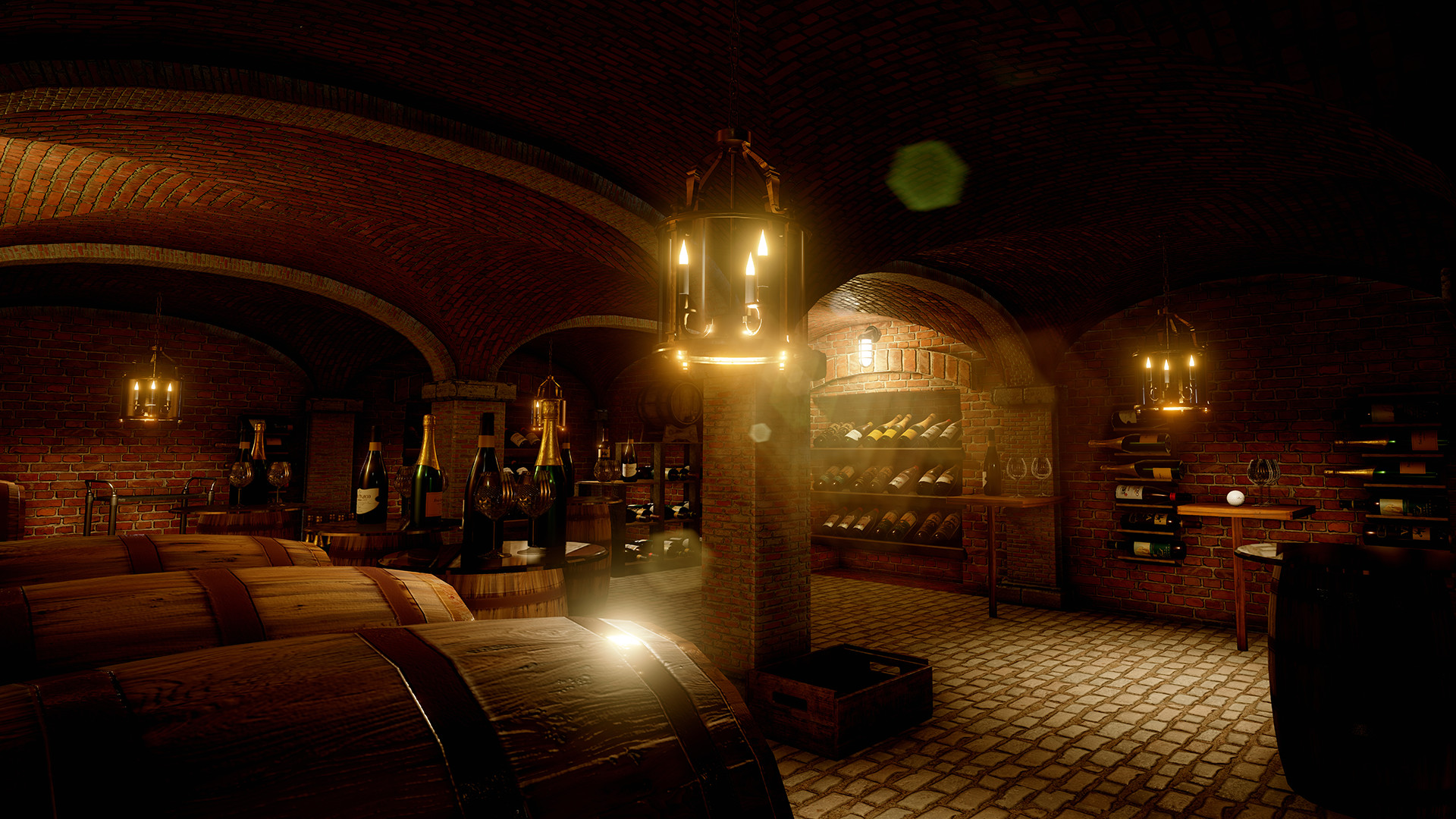 Repetition kills here. You can play a hole, then play the exact same hole but with statues in the middle of the room instead of a dining table. The level design feels so arbitrary, a mishmash of whatever assets were ready to dump into the physics engine. It’s kind of like if Super Mario was just World 1 and the rest of the worlds just moved the goombas to different spots. I’d gladly have taken, say, 25 holes and 16 distinct areas. And the repetition hurts the game’s ambitions as a score-chaser type experience with bronze, silver, gold, and platinum medals (with a high-scoring “secret sauce” bottle hidden in each level, and things of that nature) because it feels fruitless to chase high scores when the next level is going to be the same one you just played to death, but with paint cans sitting around.

Overlaid on top of that issue are the long loading times, which are kind of unbearable on PlayStation 4. I appreciate that the impressive, Unreal 4 physics simulation takes a lot of juice, but load times can last anywhere from 15 to 35 seconds. This stings when you can complete a hole in 40 seconds and then have to load another 20 seconds back to the menu, pick the next hole, and then load 30 seconds into that one. It feels like you’re spending more time looking at loading screens than playing, which definitely doesn’t help with wanting to replay a hole over and over for a better score. I dreaded anytime I pooched a tee off and missed a chance to activate a Smashbreaker, necessitating a restart. That’s 35 seconds to load the hole, an 8-second fuck-up, and another 25 seconds to reload the hole and try again.

Dangerous Golf fancies itself silly and fun, as telegraphed by its lime-green menus, rollicking, record-scratch score, and “punk rock” appropriation of a haughty, classist sport. But the destruction doesn’t have much of a satisfying crunch, exacerbated by the floaty ball controls when you’re in peak destruction mode. The load times and egregious re-purposing of assets and areas kill any desire I have to get high scores on holes. And it doesn’t even lean into its anachronistic, extreme-sport silliness thanks to its sterile Unreal 4 tech demo aesthetic and character-less “world tour.” It’s fun for a bit and then exhausts itself completely.