Do that to me one more time

Danganronpa: Trigger Happy Havoc was an intelligent riff on the perils of high school — you know, if you had thrown a murder mystery in between classes and the principal was a maniacal stuffed animal.

Its sequel, Danganronpa 2: Goodbye Despair, takes a beleaguered trope and turns it on its head. This is one “trapped on a desert island” story that takes things to another level entirely. 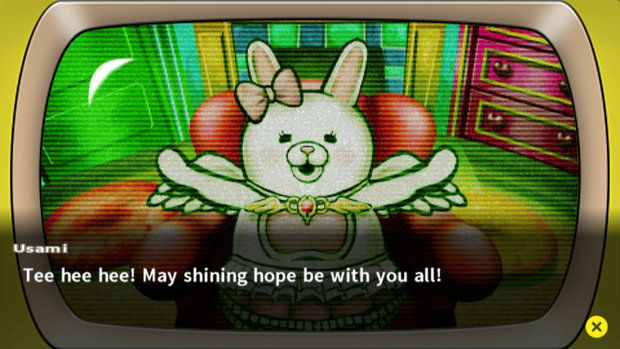 Follow the upper crust of high school students (the “Ultimates,” as they’re called), promising young people with extraordinary talents meant to make the world a better place. The class of 16, including protagonist Hajime Hinata, are taken on a field trip to the abandoned resort of Jabberwock Island to discover how hope, friendship, and other positive ideals can benefit them — at least, that’s the line of nonsense they’re fed to get them to cooperate.

Of course, things aren’t as bright and happy as your pink rabbit plush toy of an instructor claims. As it turns out, Jabberwock Island devolves into an inescapable prison manned by the malevolent Monokuma. While the students can live comfortably on the island, there’s no hope for any of them to escape — unless someone gets away with killing another student without being caught.

Much of Danganronpa 2 unfolds via interaction with other characters; back-and-forth dialogue exchanges compose the glut of gameplay as you uncover the mysteries of Jabberwock Island. With key players being killed off left and right, it needs that kind of balance, and the English script does a great job of providing it. Best of all, where most visual novels are content to throw wall after wall of text at players, giving little incentive to continue beyond the branching dialogue choices, Danganronpa makes excellent use of a variety of different play styles to keep up the momentum.

The first of these you encounter are Phoenix Wright-esque segments where you explore crime scenes in a first-person point of view. This perspective gives the game a bit of a claustrophobic feel, emphasizing the hopeless mood that permeates the academy walls as you gather important evidence and testimonies against a possible culprit in a murder case. Finding enough clues eventually leads to a Class Trial, a set of fast-paced mini-games that put your skills to the test.

Each mode of play in a Class Trial is a rapid-fire battle of wits as you point out relevant evidence to each character’s testimony, “shoot down” letters to reveal clues, debate against other students in a rhythm game of sorts, and build comic strips depicting what you believe to have gone down in each case. The minigames have been overhauled from the last game, however, and they seem closer to puzzles than games of skill this time around. There’s also a new segment known as the Rebuttal Showdown, which finds you “slashing” down arguments left and right — literally. If that isn’t enough variety, there’s even a snowboarding minigame that requires you to answer questions that relate evidence to the current trial at hand. Variety is the spice of life, as they say, and Danganronpa 2 has it in spades.

Where the visual novel segments are at times too passive and overly wordy, Class Trials are an impeccable exercise in getting the blood flowing. They’re as punchy as the neon-hued pop art, which is devilishly good at complementing the grisly deaths the students eventually succumb to. I also quite enjoyed the soundtrack, which, like the original game prompted me to go in search of a copy to enjoy outside of the game long after it had ended. Coupled with the unpredictable tone and often hilarious exchanges, it just felt right, which is a combination many games, especially quirky ones like this, can rarely do correctly. 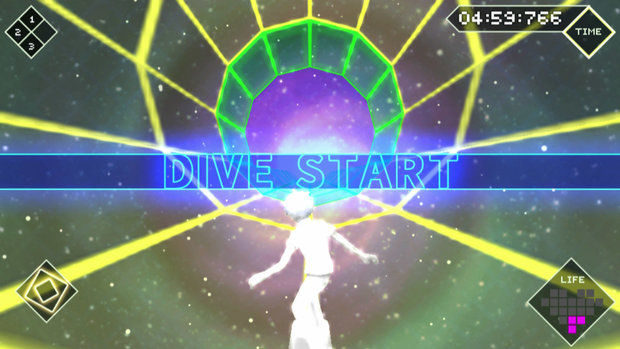 In the end, it all comes together in a most delightful way. Danganronpa 2: Goodbye Despair is an accomplished amalgam of storytelling, character interaction, and deduction – plus, a macabre attitude that isn’t afraid to show its true colors. It’s just as bizarre and engaging as its predecessor — and in an age where sequels often crash and burn, that’s reason enough to say goodbye to despair.