[Disclosure: Nick Chester, who is currently employed at Harmonix, previously worked at Destructoid. As always, no relationships, personal or professional, were factored into the review.]

Although it’s been a lot tougher to get people together for a Dance Central party than a Rock Band one, Harmonix’s new franchise gave some hope for the Kinect, as it was one of the most accurate games for it.

The series isn’t as groundbreaking as it used to be — especially in the era of Kinect-less Xbox Ones — but it’s still good for a fun dance session every so often. That also goes for Dance Central Spotlight. 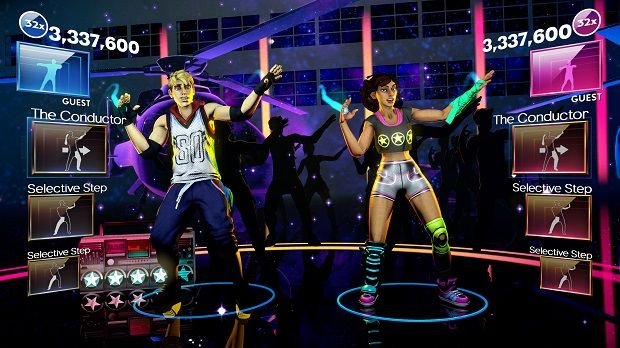 First things first — what is Spotlight? It’s basically a delivery system for all the game’s DLC, and a bite-sized offering of the original games. It is $9.99 at its base price, which nets you 10 songs. Every other song can be purchased for roughly $2 as DLC, and all of your past DLC will import into Spotlight (but you can’t import the games proper).

Here are the 10 tunes you get with the core game: “Counting Stars” by OneRepublic, “Diamonds” by Rihanna, “Happy” by Pharrell Williams, “I Wish” by Cher Lloyd, “Royals” by Lorde, “Show Me” by Kid Ink, “Talk Dirty” by Jason Derulo, “#thatpower” by will.i.am, “Titanium” by David Guetta, and “Wake Me Up” by Avicii. The problem right off the bat for me is that a number of these tracks aren’t particularly exciting, with the exception of “Happy” — provided that you haven’t gotten sick of it yet — and “Titanium.”

With a very strong core pack of songs, including a mixture of both new and old tunes, Spotlight could have been a must-buy for fans. Instead, you’ll have to dig into the DLC library to get some variety, such as A-Ha’s “Take on Me” and The B-52’s “Love Shack.” My favorite thing about Dance Central 3 was that it constantly switched between classic and modern tracks without players needing to fumble around with DLC, which isn’t really represented here.

Having said that, $10 isn’t a bad price for a starter pack, and considering the price of past games, you can build your own library as more songs are released. Each track also sports eight routines (Beginner, Standard, Deluxe, Pro, Alternate, Cardio, Strength, Alternate Pro) in Spotlight.

If you look at the core game though, Spotlight looks, feels, and controls like a full release. The Kinect movements are still accurate, you can still dance with a friend, and the routines have enough variety in them to keep you interested for at least a few sessions each. In fact, the Kinect 2.0 hardware feels even more accurate than its predecessor, which goes a long way if you’re a perfectionist. I definitely can’t state that strongly enough — fans who have played past games in the series will pick up on the enhanced accuracy.

One of the best parts of Spotlight is the instant practice mode concept. All you have to do is basically ask Kinect to practice in the middle of a song, and it will take you to another screen that lets you learn a part you’re having trouble with. In the past you either had to practice the entire tune or skip to a certain part with multiple clicks, so having this instant mechanic is great for mastering that one part you always screw up. 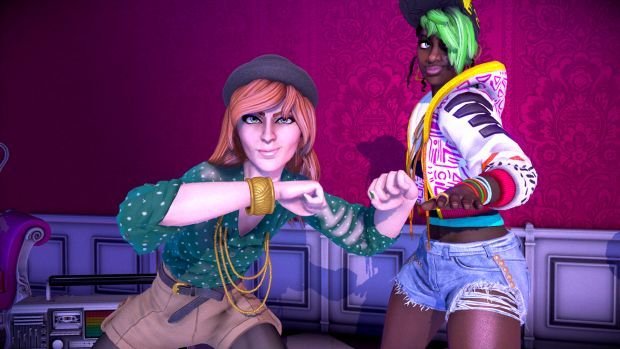 Gone is a lot of the charm that came with Dance Central 3‘s campy “crews” — instead, you’re going to see a lot less flair and just straight gameplay. That may be a good thing for a lot of people who disliked the goofiness of the series, but for me it’s all part of what makes Dance Central unique.

As a side note, a few features have also been cut, like H-O-R-S-E, eight-person multiplayer (it only supports two now), and Kinect photo sessions, though fitness mode is still in, with some improvements like more workout tweaks. Although most people won’t really notice the enhancements, if you still play fitness mode to this day Spotlight is probably worth the upgrade.

If you have an Xbox 360 and a Kinect handy, you’d be better off just picking up prior Dance Central games on the cheap and reaping the benefits of an extended library, better multiplayer, and more game modes. But for everyone else who bought an Xbox One and has a Kinect collecting dust, it’s a great way to bring some life to your next party.