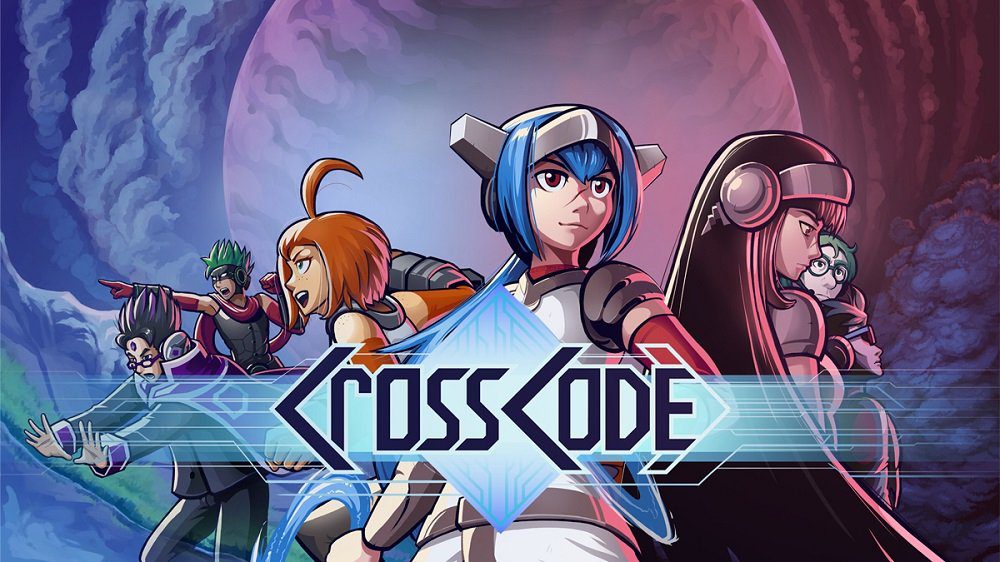 I’ve often said that the worst part about MMOs is the whole multiplayer part. Don’t put too much stake in that statement, it’s more than likely just the complaint of an aging curmudgeon. Nonetheless, I’ve often found the appearance of other players, presumably on the exact same important quest that only I am capable of handling, to be vexingly intrusive.

I bring this up because CrossCode sets itself in a futuristic MMORPG filled with NPCs posing as players. Even with my negative attitude, I’m not sure I was up for a single-player take on the genre. Thankfully, CrossCode is much more than that, while also being less.

You’re dropped into the futuristic MMO, CrossWorlds, as Lea, an avatar that is having issues with her speech module making her effectively mute. Your only instruction comes from the voice in your ear, Sergey, who suggests you simply play the game in hopes of returning your lost memories.

Prepare yourself; it’s a slow boil. Just getting through multiple tutorials takes a while, then it’s another hike before the game throws its first narrative twist at you. Up until then, you’re just playing a single-player MMO. You quest, make friends in spite of your deficient vocabulary, and make your way along “the track,” a series of challenges set by an ancient race and the key to unlocking their knowledge.

That doesn’t really matter, though, does it? The main plot doesn’t intertwine much with what’s going on in CrossWorlds. You’re there for your own reasons, and progressing through the game is just that: a method for progression.

That’s a little alienating. It’s hard to get a grasp on what the stakes are for what you are doing when you exist entirely within a fictional world within a fictional world. What could possibly be the price for failure? Even as I played further in the game, this question kept on popping up in my head. It’s hard to stay invested when the only threat is perhaps the loss of your mute avatar.

Even when CrossCode has played all its cards and your purpose is clear, it’s not a very grand purpose. Lea’s motivations aren’t convincing, there’s very little threat, and everything just slogs along from quest to dungeon to revelation. It’s a disappointing framework.

The focus instead seems to be on the characters, but there isn’t much compelling about them, either. You’re largely just presented with their avatars and whatever they are like in the real world is largely a mystery. Their personalities are instead demonstrated by how they interact with the game world. Tronny can’t help but infuriatingly point out the issues with the game’s physics, Apollo dramatically roleplays his character, and Emilie has an accent.

Actually, I find it hard to call it an accent. Really, she just demonstrates her cultural background by peppering in words from her native French. She’s not the only character who does this, and I found it abrasive. It’s like an anglophone otaku at an anime convention showing off their Japanese vocabulary by referring to everything as “sugoi.” Maybe I’m the only one who finds this annoying, but to me, it comes across as an obnoxiously superficial way of giving a character depth.

So that’s a lot of baggage when it comes to the story, but how does the game play? I’m happy to say that while its narrative framework is a letdown, the actual minute-to-minute gameplay is far more enjoyable.

I’m thankful that the developers have been rather choosy in what they lifted from the MMO genre. While there are still sidequests to kill so many of various types of enemies, it often gets more creative than that. Likewise, the combat is more free-flowing and nonrestrictive compared to what is common in the MMO genre. It’s closer to an action-RPG, and it provides a lot of depth from which to strategize.

The “circuit” upgrade system is well implemented, allowing you to unlock and upgrade your special attacks. This allows you to specialize, whether you prefer to attack from a range or get up close. To be honest, my own attack style was rather limited, often only using a portion of the provided abilities, but even still I was able to focus entirely on what worked for me.

The puzzles are similarly well-executed and extremely pervasive. Almost every screen on the overworld contains a puzzle or two either requiring you to find a path using the game’s parkour-like jumping system, or open gates using your projectile balls. Enemies also typically involve a bit of puzzle-solving to find ways to stun them and leave them vulnerable.

Within dungeons, the puzzles are mostly balls. It’s surprising how creative CrossCode can be with its balls. From dungeon to dungeon, you’re presented with fresh new ways to use these projectiles to proceed. Whether it’s charging orbs and unleashing them in a variety of ways, or figuring out how to place obstacles to direct your balls to their destination, CrossCode is pretty good about presenting something new at every turn while ratcheting up the difficulty.

This does, unfortunately, become a bit tiresome. The dungeons are rather long encounters, and when most puzzle-solving is done using the same mechanics, it does become somewhat annoying as the challenge increases.

Bosses are a similar situation. All of them are extremely inventive, even many of the sub-bosses. Each encounter is a different situation, and there’s often a lot of thought involved in exposing their weak spots. However, like the dungeons, some of the boss battles are frighteningly long, and it can be incredibly frustrating to fail just before the enemy’s health bar expires.

I think what it comes down to is how much you need a strong narrative framework to guide you through a game. CrossCode asks for a rather large time commitment — over 40 hours in my case — and if you’re expecting a compelling plot to keep you glued to it, you may never find it.

On the other hand, if you can push all that story into the background and focus on the sheer thrill of the game’s combat and the challenge of its puzzles, it has a lot more going for it. CrossCode puts its mechanics to good use in inventive ways, and at times, I found it to be legitimately impressive. However, without the beating heart of a convincing narrative, you may find yourself logging out too soon.