I feel obligated to approach this review from two angles. First and foremost, it’s a review of a Control expansion. That’s the obvious angle. You’re here to find out how this DLC serves as a supplemental story to Control.

But, let’s be real, you want to know about the Alan Wake stuff. You want to know how Remedy brought Bright Falls to The Oldest House, and you want to know if this is the triumphant return of everyone’s favorite tortured writer after he had gone AFK for the better part of a decade. You’ve been building it up in your head for so long, and you just want to know if AWE makes good on the mental buildup.

AWE doesn’t fully deliver on either front. It’s a bit of a mishmash of ideas — albeit an understandable one — that prevents this expansion from being what everyone wants it to be. It’s still pretty incredible, though. 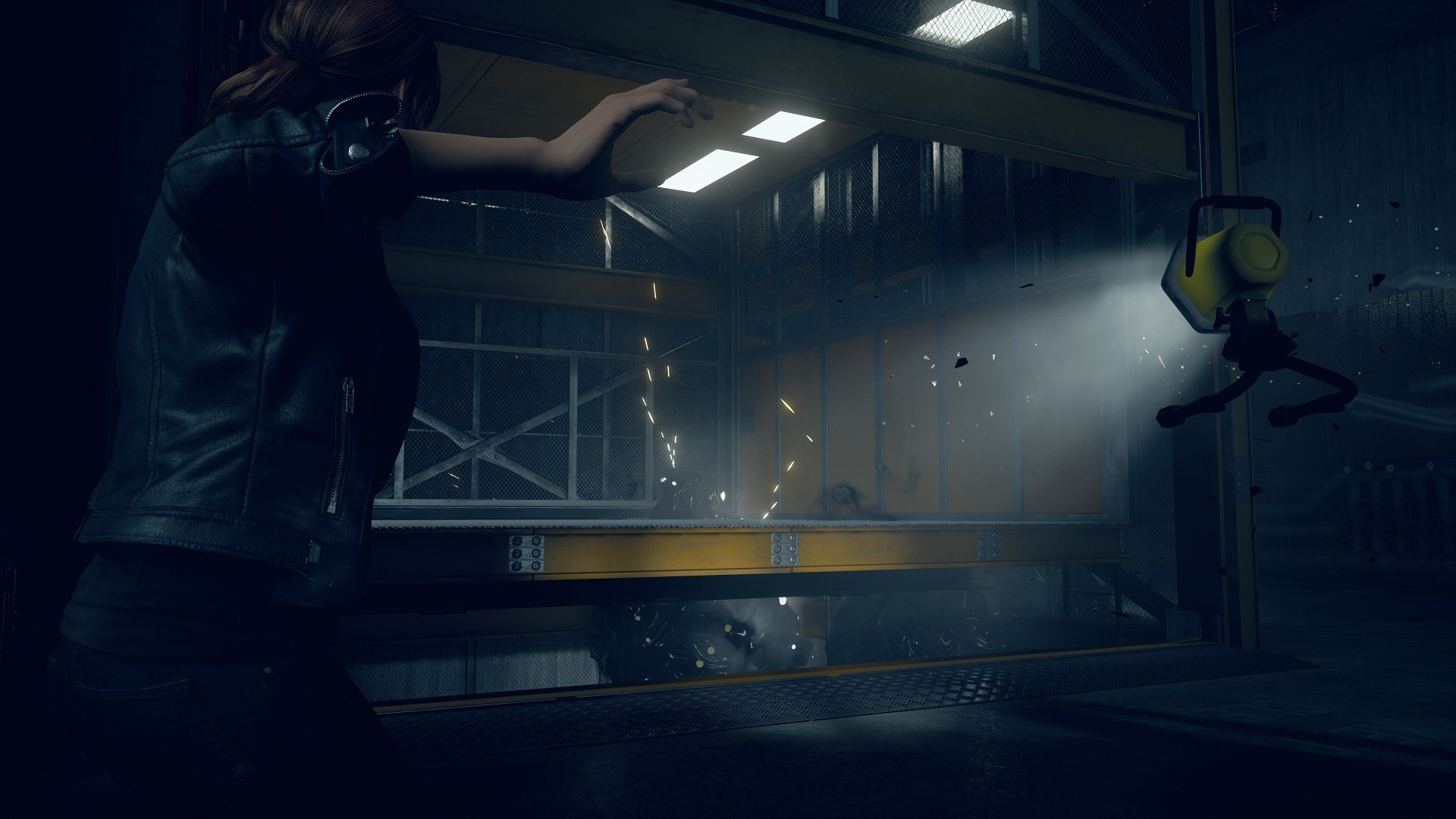 Control: AWE is Remedy’s first sincere and ambitious attempt at tying strings together in the Remedy Connected Universe, at least in a way that’s more official than just a wink toward the fans. For the debut, we see that Remedy isn’t just slapping some source material into another game and building on the canon. It’s actually importing themes and atmosphere. AWE wildly changes how Control feels.

AWE channels Alan Wake in spirit and tone. The expansion is more aligned with a tense horror game than Control‘s action-first sensibilities. The motif running through AWE is the battle of light-versus-dark and good-versus-evil. Avoiding the darkness and shining lights on enemies are both central mechanics.

Remedy shows an admirable degree of flexibility here, but it comes at the cost of some things that make Control special on its own. AWE is notably more linear than the metroidvania-like main campaign, as most of this new Investigations sector of The Oldest House is a one-way trip through each area that branches off from the main hub. There isn’t much opportunity to explore. More criminally, there aren’t any real standout side missions. AWE rushes to say its piece before diving back into the proverbial lake. (Okay, that metaphor was a stretch.)

That’s not to say AWE doesn’t accomplish its main objective. Remedy uses this DLC as a chance to frame some of Alan Wake‘s lore and persistent mysteries within the context of Control‘s world. This is expertly done, removing some of the question marks but preserving the intrigue. SCP Foundation stories are built on the idea of presenting circumstances and details without ever really elaborating on the how or why. Remedy excels at mimicking this formula, showing enough restraint to only stoke the fire of curiosity. AWE ends with plenty of questions still simmering. 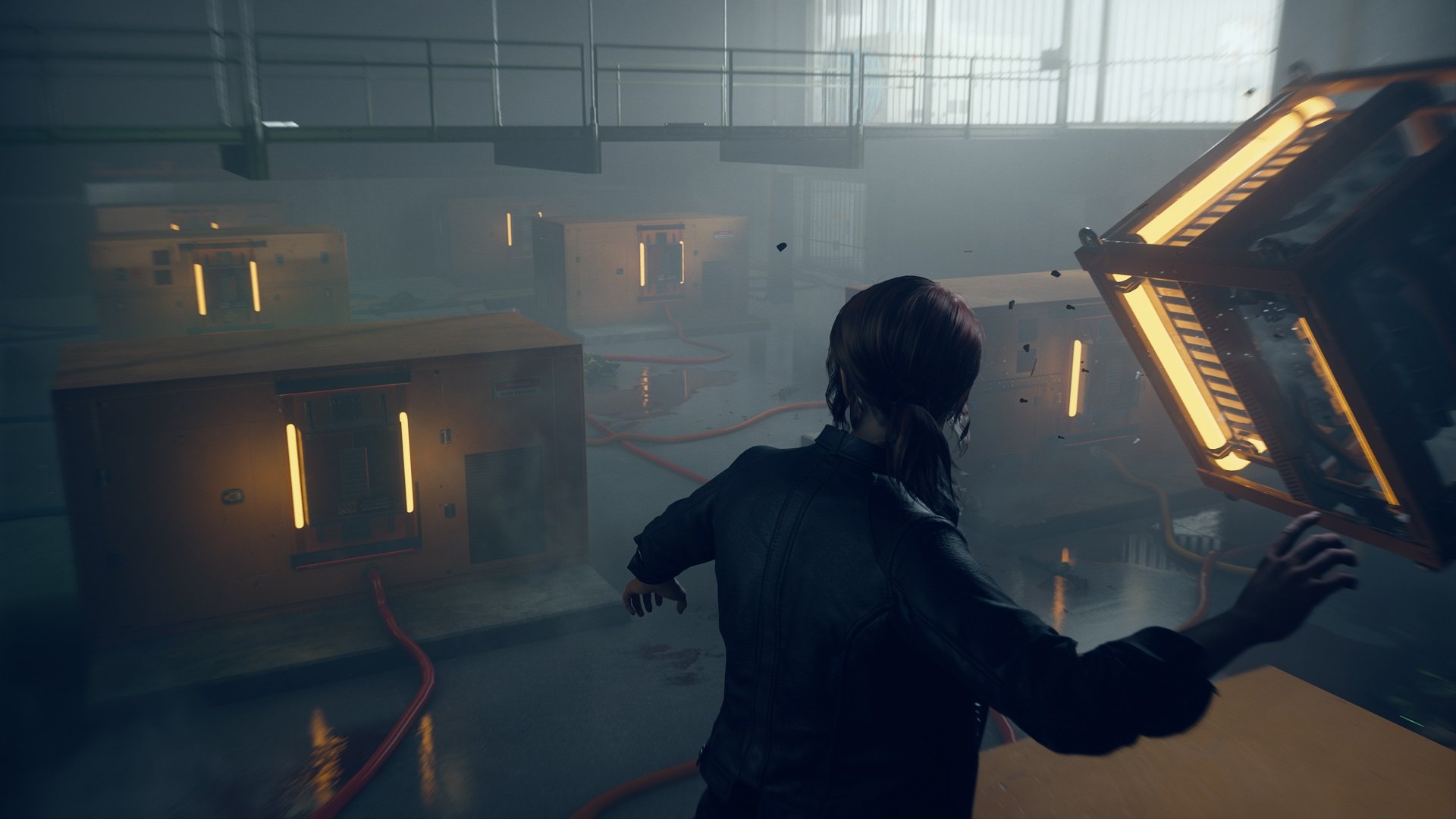 Which is precisely why some people will feel unfulfilled with AWE‘s approach. It’s important to remember that this isn’t a full-blown Alan Wake story. It’s a story about Alan Wake being told through the lens of Control. Any Remedy fan should end up liking AWE provided they go in with the proper expectation about what the studio wanted for this content.

I finished AWE with a yearning for more Alan Wake and a yearning for more Control. Remedy has more or less confirmed we’ll get more of both at some point in the future, although they might be presented through the lens of yet another series. That’s the reality of the Remedy Connected Universe. As a trial run, AWE manages to be a great double-dip on some beloved narratives, even though it’s not necessarily a great representation of either Control or Alan Wake individually. Sometimes the sum is greater than the parts, sometimes the lake is really an ocean.