More of the good stuff

Victory at Stalingrad is paid DLC that’s a part of the larger Turning Point update, which also includes new free multiplayer maps, the World Builder tools, four free commanders, and four premium commanders. The free stuff is great, so even if you don’t want to buy more DLC for Company of Heroes 2, you will still find something new if you jump back into the game.

I really enjoyed the base game quite a bit, and it has added a lot of content since its release. It’s also been patched up, balanced, and polished even further. Finally, the new content is here, and I can’t wait to fail miserably at all of it. 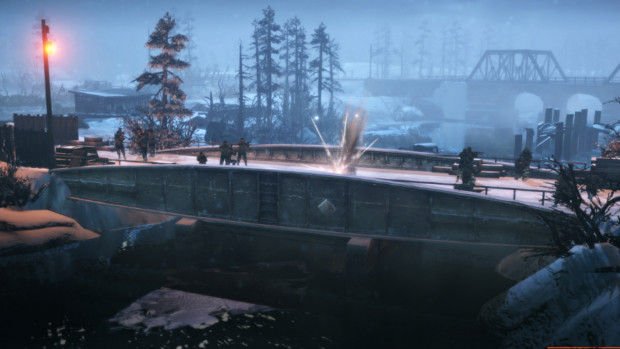 The first bit of the DLC, the Tatsinskaya Raid, is a solo challenge set in the winter with a focus on tank combat. You’ll take control of a Russian tank corp, and you can’t build any new units. Tanks can heal themselves, but you’ll need resources which are earned by destroying planes on an airfield. It’s a tough little map, requiring you to play it smart if you want to get through. I constantly retreated and repaired my tanks while trying to lure the enemy out of their stronger groups behind cover.

Bridge Defense is the other solo challenge in the DLC, and the name sums it up accurately. You have a small gang of partisan fighters that you’ll use to defend a bridge against seven waves of German attackers. You start out without any good weapons, but your soldiers can forage around and find some heavy firepower.

Tatsinskaya Raid and Bridge Defense are good missions, and their focus on small corps brings out what I love best in Company of Heroes 2: micromanaging a few units to take on a larger enemy force. While the huge battles are epic for sure, the smaller ones like these are so much more enjoyable to me. This is mainly due to the fact that I tend to get attached to the units, and thus move slower and more methodically. Victory is always sweeter, and defeats are bitter.

There are also three AI battles: Winter Storm, Stalingrad Resistance, and Stalingrad Encirclement. These are all pretty standard fare for the game, and play out just like any other battle, but with new maps. Although there is nothing inherently wrong with these battles, I didn’t really see anything special in them.

The co-op scenario, Kalach Pincer, is interesting. It’s almost a standard match against an AI opponent, but the capture points keep moving around the map. The AI is very powerful, and has troops spawn off the map so there is no way you can crush them completely. You and your friend will be holding out on a point, and then the objective will change forcing you to quickly run across the battlefield before the enemy gets there. It’s hectic, and I had a lot of fun with it. 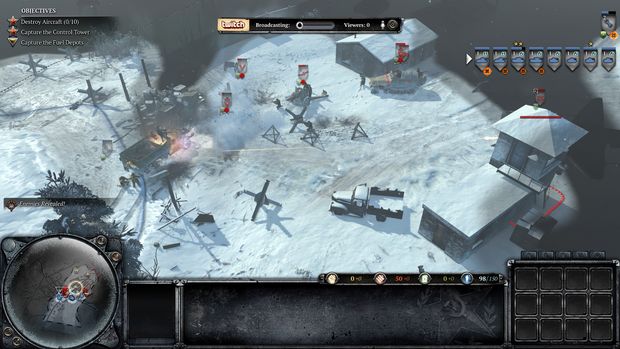 It will take you about three to six hours to play through all of the content once, and it will probably take you a few tries to complete some of the challenges. Each battle also has quite a bit of replay value — you could easily add another 20 to 30 hours of life to Company of Heroes 2 with this DLC. No matter how you slice it, that’s worth the price tag.

I like Victory at Stalingrad, but it isn’t essential for every player. The new multiplayer maps are already available for free, so this is meant more for the players who want to really get as much as they can out of the game. If you are a hardcore player, then you should definitely get this, but if you just casually play multiplayer or co-op with friends on occasion then you’ll be fine skipping it.