There is a moment in Code Shifter where one of the characters is asked to play through the game-within-a-game to test it for bugs and difficulty. She eagerly agrees at first, but when the scene jumps back to her a bit later, she’s had enough of it, grown tired of the experience, and just wants to move on to other things.

That about sums up my experience with Code Shifter. 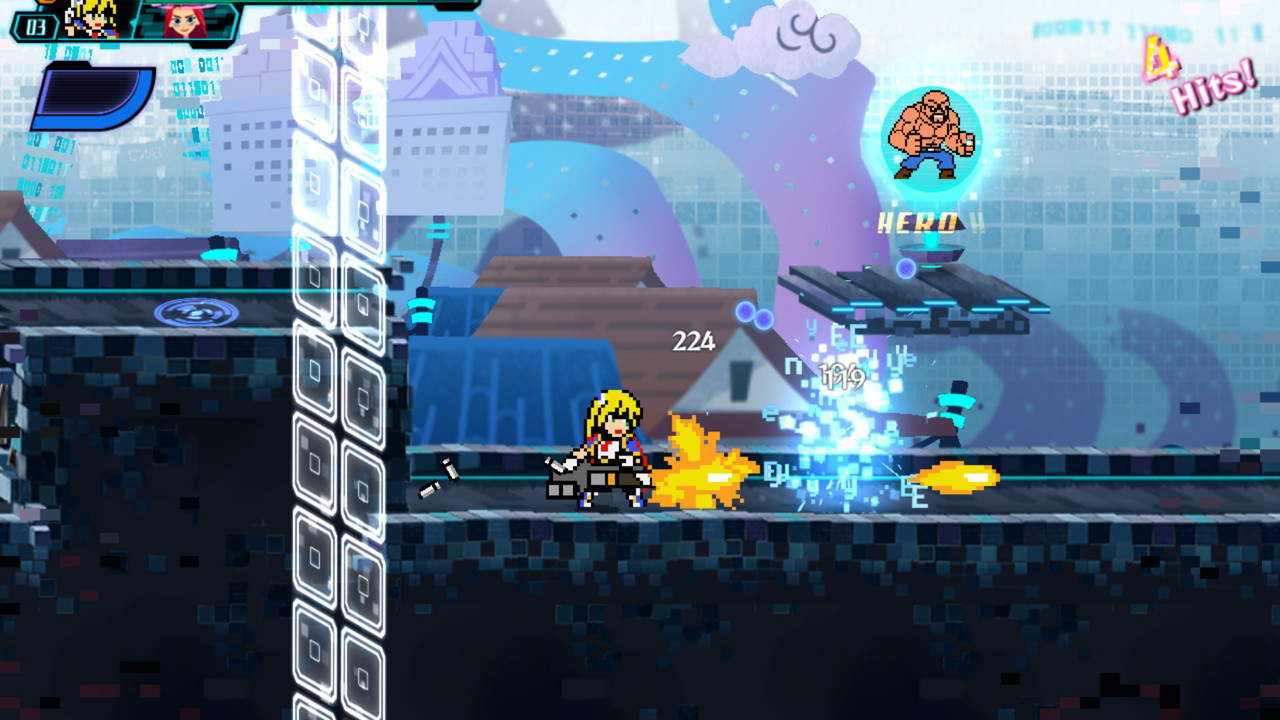 The idea behind Code Shifter sounds exceptionally neat on paper. Stella, a programmer for Awesome Rainbow Corp., has created a program known as the Code Shifter, designed to help eliminate bugs and viruses found in the gaming software. Code Shifter presents itself as a slender avatar called Sera who the player must guide through a handful of levels in an attempt to squash all the bugs in the month leading up to the release of Colorful Fighters, the game-within-a-game that ARC is developing. Throughout each level, Sera will come across popular and obscure Arc System Works characters she can transform into, each featuring their own unique attacks, abilities, and chiptune theme music. There are even more characters to collect as assists that can damage enemies or heal Sera depending on who they are.

Again, that’s a neat idea on paper. Unfortunately, Code Shifter takes this idea and does next to nothing with it.

The layouts of the platform stages are beyond basic for the genre. Because of the repetitious designs and backgrounds, most levels tend to blend into one another. A few of the later stages attempt to break out from the norm by embracing the central conceit of this being a bugged game, but nothing goes beyond what I’ve already seen in a dozen different titles. Worse, character movement is stiff and combat is mired by its button-mashing execution and poor hit detection. There were times I found myself surrounded by enemies that required precise jumps and movement, something Code Shifter just doesn’t provide.

Sera is upgradeable. For every “S” ranking you get, you unlock a new power-up you can equip. There are also power-ups to be found outside of the platforming stages. These are found at various parts of the story when you wander around the office of Awesome Rainbow Corp. Character movement here is irksome and none of the characters scattered around the room are worth talking to. Really, the only reason to stumble around the office is to access Colorful Fighters, the fully playable, four-player crossover fighter. 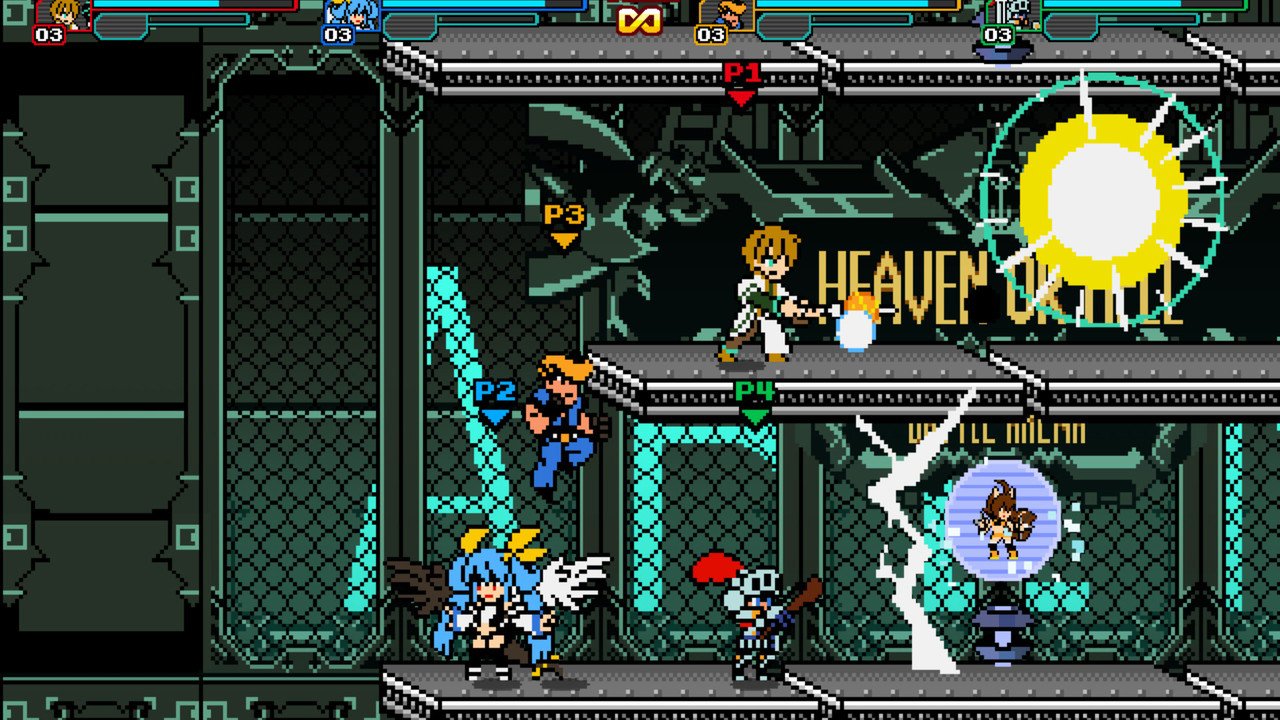 Colorful Fighters is available right from the get-go with four characters unlocked. To get the most out of it, players will have to venture through the story mode’s EX levels. Each features a handful of fighters that must be defeated to be added to the roster. This isn’t much of a challenge, but it doesn’t take long to see Colorful Fighters has issues with balance. While I appreciate the speed at which this mode operates, it’s not terribly fun to play with its rigid controls and movement.

You can play Colorful Fighters with up to three other people or against bots. Two-player multiplayer also becomes available in the campaign once you reach a certain part of the story. Levels are repayable with different difficulties to tackle that grant a power-up for Sera if you achieve an “S” rating. It’s not a bad motivation to stretch out the longevity of the game, but I have little desire to revisit any of these listless levels ever again.