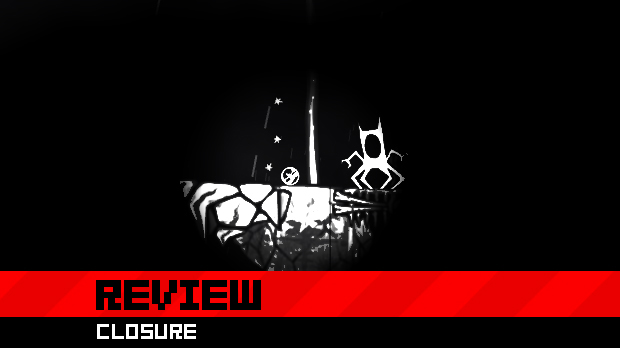 Like Braid, Closure is a game I compulsively played while gnashing my teeth, only to regret that I didn’t take my time and savor the brilliant puzzles while they lasted.

Call it a cliché, but it’d be in bad critical taste not to bring up that indie heavyweight when evaluating puzzle platformers. It’s the benchmark of the genre, one that games like Limbo and P.B. Winterbottom have come close to meeting but can never quite stand shoulder-to-shoulder with.

Closure isn’t exactly a revolution, but its ingenious concept and smart design make it more than a tribute to the indie puzzle gods. It is an early effort from a developer who may one day stand up there with the rest, being rained upon by Kickstarter cash, Gamasutra interviews, and gorgeous Norwegian models whom Notch passed on.

In Closure, darkness is both your enemy and your friend. Within your control, it can give you access to a key, a new path, and a new level. When out of your control, it symbolizes the same thing it does in every other platformer: a drop to your death. Figuring how you get control of it and what to do with it once you have it is what Closure is all about.

Like Super Meat Boy, Closure can be traced back to a much simpler Flash game experiment (released in 2009). Since then, creator Tyler Glaiel has expanded on the game’s basic principles, reworked all aspects of its design, and provided a better puzzle experience that is four times longer than the original and, at least, three times as good. In both good and bad ways, Closure still feels like a game designed by three guys. 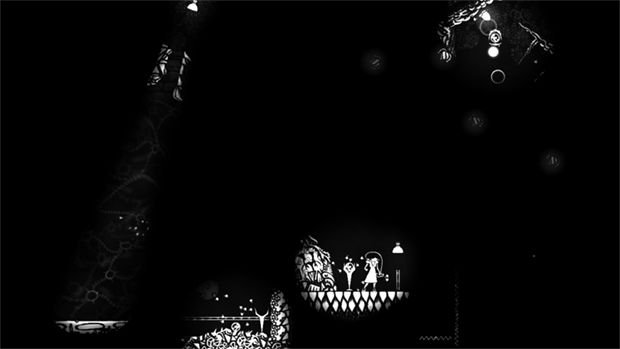 Over the years, Glaiel has been redesigning the game around player feedback from various gaming trade shows. I can attest that the final build is much different from the one at Fantastic Arcade, which was only a scant six months ago! While that build felt a bit too easy, the final one feels damn near perfect in its gradual rise in difficulty and introduction of ideas.

The game starts off with an elegant tutorial that immediately immerses you in its dark, surreal world. Christopher Ryne’s haunting yet hummable score and Jon Schubbe’s artwork, which feels like it came from a chasm between Jhonen Vasquez and David Lynch, create a wonderful sense of immersion through well-guided minimalism. Limbo comparisons will be inevitable, but in this case the absence of color serves the gameplay much better and never bothered me visually — if only because art assets within the stages and worlds felt different enough throughout the game.

Closure is always a game about finding the exit to a small stage. It starts with standing on a platform lit by a lamp far above and seeing a door, far away, lit up as well. How do you get there? You pick up the light source on the ground and walk toward it. Walk without it, and you fall to your death. Soon enough, you are repositioning spotlights, placing light orbs in moving receptacles, and continually solving puzzles in new ways. It’s amazing that even by the game’s end, I never felt like I came across the same puzzle twice. Everything here is fresh, exciting, and interesting. 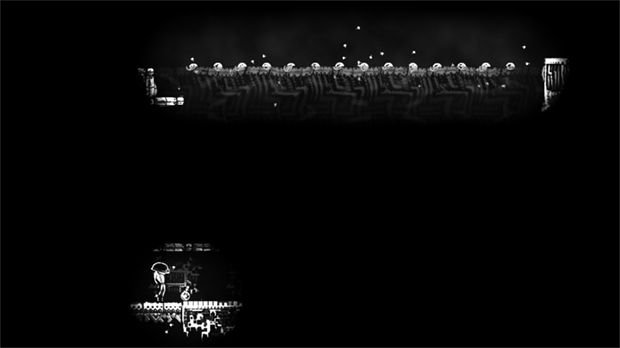 I can only imagine how complex it is to design one of these puzzles. Yet playing the game is very intuitive. I fear that describing it in words will only confuse people, since so much only becomes clear when played. For instance, gauging jumps and using light sources to create a makeshift platform can only be described in vague language. With a controller in your hand, you’ll soon understand how these things work, and that’s part of what makes Closure such a brilliant puzzle game.

Glaiel has a clear knack for designing puzzles that make you feel clever, but never so much so that you race through the game — upon completing a tricky puzzle, I always had the feeling that I somehow cheated the game. When it comes to platforming, however, Glaiel’s design skills prove to be lacking. Thankfully, this never becomes much of an issue in Closure due to the design of the puzzle rooms. However, there are a few occasions where the game demands intensive platforming, and the loose controls can become very frustrating in these instances.

Puzzle games require perfect design, and, after playing a game like Portal 2, it’s hard not to have high expectations. More than any other genre, puzzle games require player certainty. So when I couldn’t pull a box in Closure or prevent the camera from zooming in, I got frustrated. There were many times when the game’s wonky physics and troublesome platforming prevented me from completing a level, despite having the solution in my hands. Then there were times where I wasn’t certain I was approaching a puzzle correctly, because the physics almost made it seem possible. In these moments, Closure’s roots as an amateur Flash game become transparent. 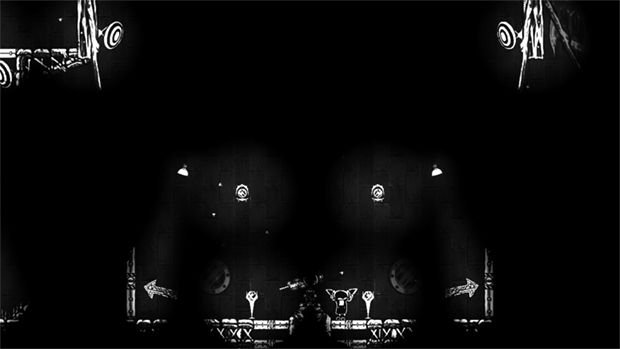 The expansions to Closure since its Flash debut are numerous. The game is now divided into four worlds that each have their own protagonist, setting, soundtrack, and puzzle mechanics. Rather than going through a progression, you have access to each world except the final one from the outset. This makes the pacing much more relaxed and enjoyable. The first time I hit a wall in my world-one progress, I jumped into world two until I completed it. Since each world has its own devices and obstacles, you don’t necessarily need to perfect one to move on.

In addition to completing the game’s 82 stages, you can collect optional silver moths throughout the game. However, the only way to know if one is present is if you hear it — a sound loop of a cymbal being struck — within the darkness of a stage. There are only 30 in Closure, so it’s a bit of a crapshoot when you are trying to find them after completing the game. The developer told me that the game will indicate which levels have them once you obtain half, but I don’t understand why that isn’t a feature from the beginning. Furthermore, I take issue with the fact that you only get a lame, inconclusive ending without collecting them all.

Closure’s faults can’t prevent it from, at times, reaching some of the greatest heights in the puzzle-platforming genre. Once you get to the final ten stages, you are in pure puzzle-platforming bliss. Or hell. I suppose, bliss, then hell, then bliss again.

But that’s the fun of a game like this: it demands that you be smarter than you thought you were an hour ago, and it leaves you feeling like you really accomplished something great by its end.