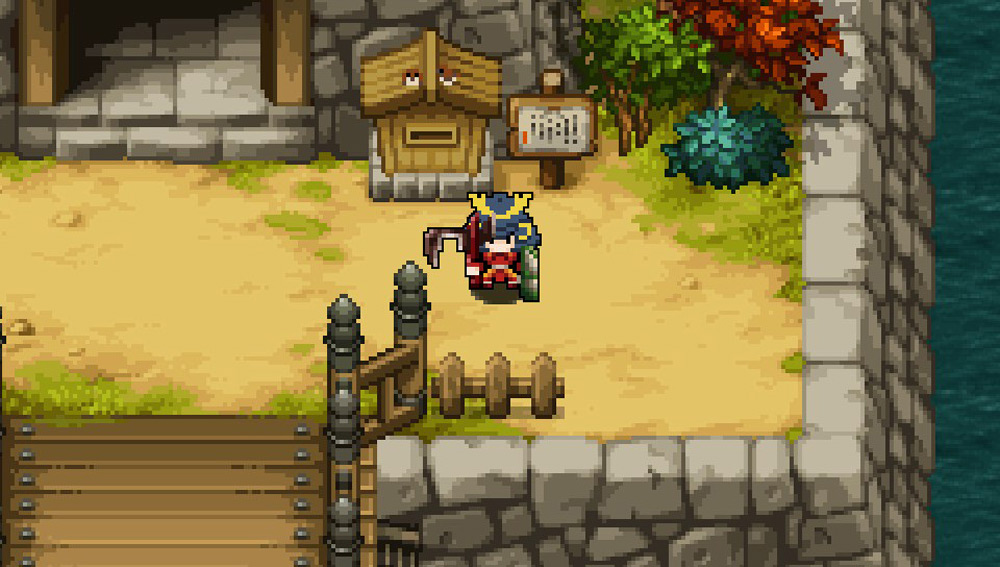 I have hit a wall with Cladun Returns: This is Sengoku! No, not a progression wall forcing me to grind my way through poorly designed stages just to move on. I hit that hours ago. The wall I am currently at the base of is the “care wall.” I am at the point in Cladun where I just don’t care about this game anymore.

When I wrote my review in progress, I concluded it making note Cladun Returns had yet to really make an impact on me. It wasn’t clicking with my sensibilities, but I held out hope that would change. More than a dozen hours later, nothing has. I am just as ambivalent towards it now as I was when I wrote that piece.

Throughout its 10 chapters and nearly endless postgame content, This is Sengoku! tries, and it tries real hard, to connect with me. I should like this game. It has a long list of elements I generally enjoy: action combat, deep RPG mechanics, weapon upgrades, class changes, pretty deep character creator and procedurally generated content, all wrapped in an experience that can be played for five minutes or five hours at a time. All of that I like in other games, but there is just something about its execution here that is so wrong for me.

Let’s start with the action combat. Each chapter in Cladun is five separate single floor dungeons, crawling with enemies, traps and treasure chests. Combat is slow and hit detection feels off for some of the weapons. When using a spear, I swing at an enemy and completely miss them, only to swing again with both of us in the same spots, hitting them and killing them.

Most of the creatures I encounter can be taken out quite simply, others I need to work to bring down. Something like this should make the game more interesting but instead, it is more of a headache. My time against these enemies is spent running around them, hitting them once, waiting for them to turn, and then repeating the process. The difficulty curve is all over the place as well with bosses being taken out in a single hit after having to chip away at the health of a minion I face right before them.

Cladun Returns is extremely retro, so these hits don’t really affect those on the receiving end. Early enemies are pretty simple to figure out, but halfway through the game, I start running into creatures that can attack me from the other side of the stage with few options for me to avoid taking damage. Having boulders wipe me out in seconds makes me want to quit, but instead, I switch over to the Ran-geons.

Ran-geons are randomized dungeons and there are two types in the game: Neo & Tri. Neo-geons are 99-floor dungeons with gates that take me to the next floor or several above. There are 10 different types of gates and most of these change the drop rate of rare items and the level of the enemies I face. Some change these factors greatly, others not so much. It’s random how much does change.

For instance, when I enter a Gambler Gate, it has the chance to double my item drop rate, but can also raise the enemy level of the next floor by more than five to six levels. Other, more nefarious gates can do much more damage, including teleporting me to a dungeon floor I have no chance of making it out of alive. If I die in one of these dungeons, my collected gold and XP is cut in half. Exit gates, the only way to get out of a Neo-geon, can be surprisingly rare and more often than not fail to appear when I need it the most.

Tri-geons are just three Ran-geons. The layout of these randomized dungeons is quite poor. Gates are often right next to one another and sometimes one can be completely inaccessible. Though the layout changes every time, dungeon floors are often made up of the same puzzle pieces just set in different places. Enemies also don’t change much until the higher levels, levels I could access more regularly if the game would give me a goddamn exit gate every once in a while so I am not always losing half of my progression. Experience is applied to my character only after I exit a dungeon, which may be the most annoying design choice I find here other than the “Room of 1,000 Warp Points” concept.

There is more to this game, a lot more, but I just don’t care. Cladun Returns: This is Sengoku! can be played for hundreds of hours, but these are hours I want to spend with something I actually like. There are a lot of facets here, including quests I can take, a bizarre Fortify feature, an art studio where I can customize characters and gear, and time challenges for each of the dungeons that make up the story mode. Again, all of that I should enjoy, and yet it just does nothing for me. If you can get into this game — and I recommend you play the demo before you buy — you’ll probably have a lot more fun than I did. Which is to say you’ll have any amount of fun at all.