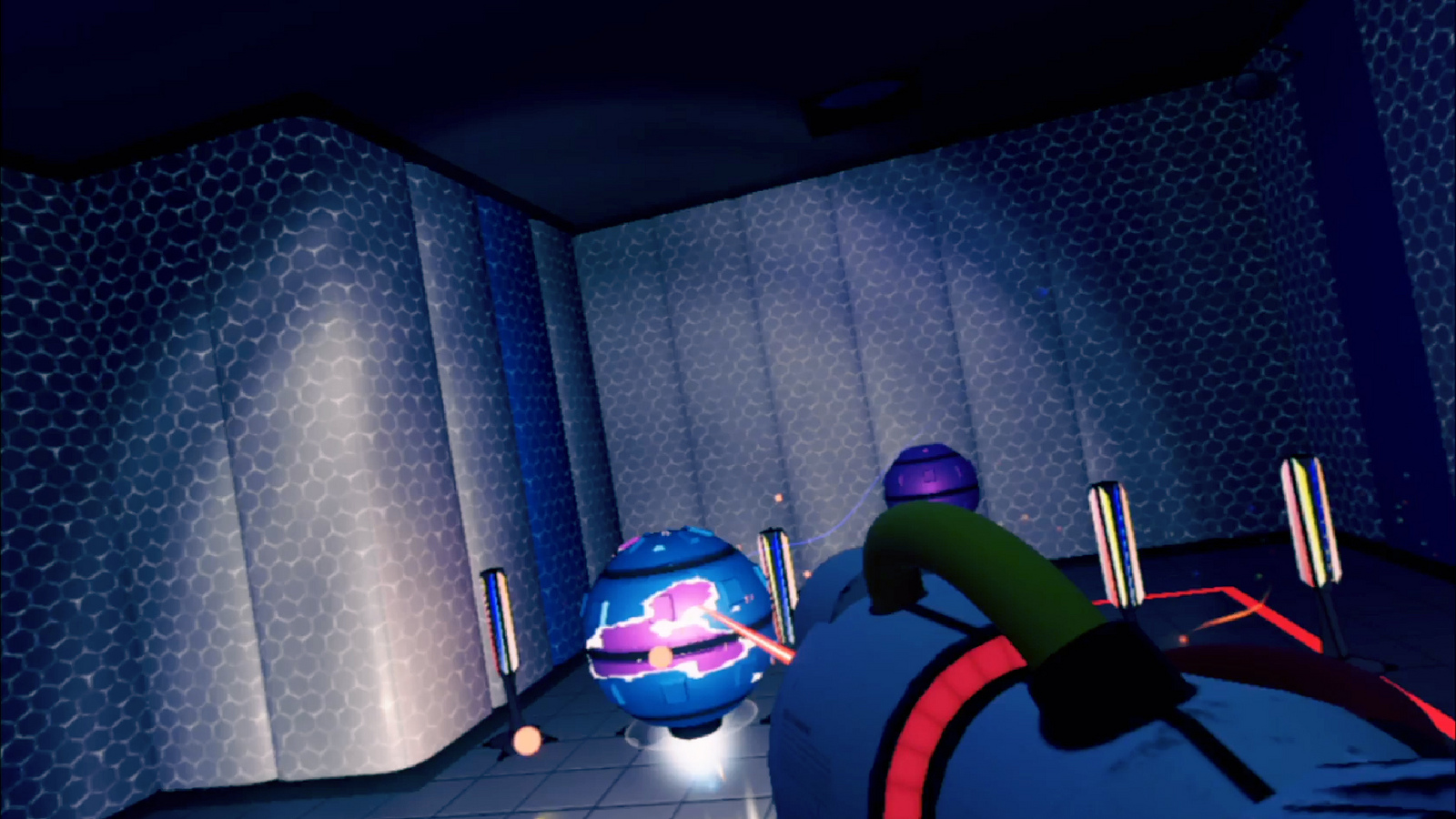 I knew someone had used the “chroma chameleon” tagline as soon as I typed it. But it was only in that split-second directly after letting the ink hit the digital page did I think to Google it: sure enough, our own Josh Tolentino penned it back in 2014.

The biggest comparison I’ve heard over the last few years when it comes to ChromaGun is Portal and I think that’s fairly apt.

Although the formula has been done myriad times over the past 12 years (wow that long huh) Portal really cemented the whole “you’re a cog in the hamster puzzle wheel machine while you get mocked by an unseen force” vibe. ChromaGun is kinda that, but with less panache. The jokes don’t really land as well (including some real sub-dad joke “these aren’t the droids you’re looking for” fare) and the delivery isn’t as sound. The concept rocks, though.

At first you’ll have access to a simplistic gun-like tool that can literally paint the walls red. You can use that to hit droids to turn them into a specific color scheme or tag walls, which attracts them together almost magnetically. You’ll be strategically placing color splashes on surfaces to attract them to floor switches or simply push them out of the way. Once things really get going the droids get hostile, chasing after you if there isn’t a magnet nearby, sometimes to the death.

It’s all pretty cool, especially in VR (try looking behind you while something is chasing you, it’s great). Adding that extra layer on top of the typically rote routine makes things a little tenser, especially when you drop the PSVR Aim gun into the mix. Now I have the whole rigmarole, the whole setup, the whole spread you might say: so I was able to test out ChromaGun VR with the Aim controller (a rare occurrence). Although there is rarely any sort of urgency that needs pinpoint motion aiming until roughly halfway through, it does make it a little more (shudder) immersive.

But VR helps mask some of the flaws of ChromaGun despite its neat-on-paper premise. There’s a distinct lack of soul as you move from room to room and are heckled by the aforementioned unseen force, down to the design of the droids, the script, the gun and even the rooms themselves. Puzzle solutions are often cleverly buried beneath busywork, leading to a ton of “aha” moments after some token frustration. But the payoff — the drive to really move forward — is nearly never there.

There just isn’t a whole lot to say outside of what’s already been said. ChromaGun is a competent puzzler that’s only firing on a few cylinders and not much has changed in the several years since its launch. If you haven’t pulled the trigger yet and are an avid puzzle fan the VR-ification is the excuse you need, just don’t expect a whole lot.