Fangs for the memories

Lords of Shadow may not have been the Castlevania game everyone wanted, but I mostly enjoyed it for what it was, and that ending was to die for. It was the perfect segue into Lords of Shadow 2, which has been teased for nearly four years now as the return of Dracula — the main man himself — and a culmination of the Lords storyline.

Whether that wait was worth it or not hinges almost entirely on how much you enjoyed the first Shadow outing — if it had a few extra problems added on top of it. 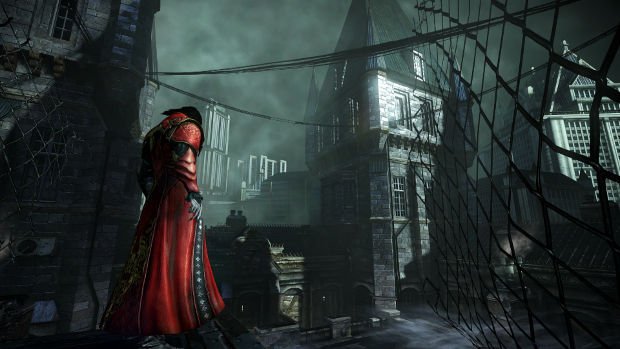 With all of the pieces in place, Lords of Shadow 2 really has a chance to bear its fangs and show us what the vampire of all vampires is really made of. But I can’t help but feel like for the most part, this use of Dracula is a wasted opportunity. The gimmick here is that after many years, Dracula at long last has arisen in a modern-day setting, taken aback by the skyscrapers that tower over his once-great castle. If you haven’t joined him on his adventures before, a quick 15-minute intro will sum up the first game and Mirror of Fate.

The story never really drops to the embarrassing levels of “Dracula 2: Vamp in the Big City,” but it just feels so uninspired, and almost unfinished — like the writers had a really good idea and had to fill in the gaps along the way. Patrick Stewart’s always stellar voicework as frenemy Zobek attempts to save the day despite the script’s best efforts, but the generic “Satan is coming, you must prepare” plotline is paper thin.

The problem is we never really have the chance to care about Dracula and his plight, because of so many side distractions tangential to the plot, and the fact that it takes forever for him to “power-up” to his full potential. You’re also constantly reminded of areas that you “can’t reach yet” by way of giant camera pans and on-screen text — not exactly the most empowering of scenarios.

This is exacerbated by Drac’s voice actor Robert Carlyle, who doesn’t really bring his best to the table when playing the iconic character. It’s definitely a big robe to fill, but I was expecting a little more emotion than what he eventually recorded and signed his name to.

One of the aforementioned distractions is the bizarre focus on stealth in many portions of the game. These sections are headlined by “Golgoths,” denizens of Satan and essentially demonic cyborgs. In terms of the actual stealth part I’m not talking mildly irritating concepts like “if enemies see you, they’ll attack you on sight” — I’m talking sometimes, it plays out as “if enemies see you, you fail the mission.”

While I’m generally a huge stealth fan, I’m of the opinion that it has no place in a Castlevania game — especially one that boasts the ability to play as the Count in all his glory. Matters aren’t helped by the fact that the all-powerful Dracula needs to navigate most of these sections as a rat. Yes, a rat.

Having said all that, Lords of Shadow 2 isn’t a complete disaster — not by a longshot. The vast majority of the game takes place in the heat of combat, which is a blast to play. In fact, it’s improved this time around in Lords of Shadow 2. Dracula still has his trusty whip (cleverly explained by his power to harness his blood as a weapon, combined with his old Combat Cross training), and two other weapons at his disposal: the Void Sword and Chaos Claws. 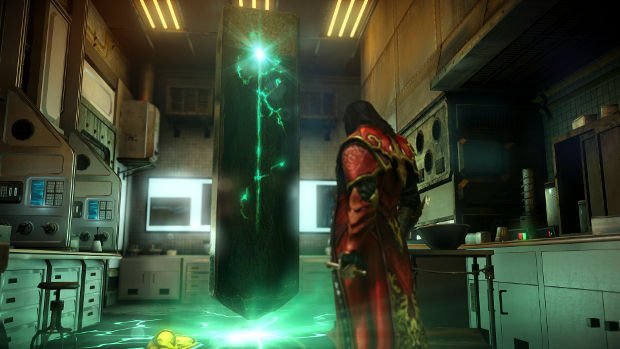 The sword leeches health when enemies are struck with it, and the claws break their defenses and shields. It’s straightforward, but it serves as a nice design that encourages you to use all three weapons in tandem with one another, rather than rely on your personal favorite. I know all too well of the temptation to rely on just one weapon type in action games, so kudos to the team for making them all viable.

Having said that, the way you need to power them up for use is a bit convoluted. You need to constantly strike at foes with your whip to earn “runes,” and when your rune meter reaches maximum, you’ll start earning magic orbs for your strikes, pressing in the left analog stick to “suck up” said orbs (kind of like Onimusha) and earn MP.

If you’re hit at all, your meter goes down. There’s no leeway here. While I personally like this system because it creates more tactical nuances (like deciding when to gather orbs) and places a higher emphasis on the dodge ability, most people will likely find it annoying and cumbersome. 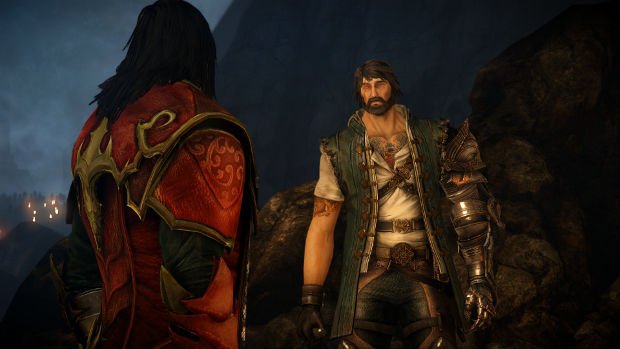 Speaking of the dodge, there’s no invincibility frame on it. Most people don’t even notice that in games like God of War, Kratos can’t be damaged during a certain part of his roll — they just chalk it up to skill. But here, Dracula can be hit basically at every moment outside of a well-timed block, and even then almost every enemy in the game has some form of unblockable attack at their disposal.

As a result, combat can get heated. It’s a good thing too, since the enemy models look and act formidable, and when coupled with the top-notch combat system, it makes for a good action romp. Boss fights in particular exemplify this concept, and they’re all wonderfully designed both visually and conceptually.

If the entire game was a string of mild exploration elements and fights, I would have loved Lords of Shadow 2 a lot more than I did. In fact, if you could watch my face while playing it, you’d see my eyes would light up during most of the game’s combat sequences, and then see me quickly let out a sigh of remorse during a particularly bad transition or over-tutorialized sequence. It doesn’t help that the game is around 15 hours long, which wouldn’t be a problem if it didn’t have so many out-of-place elements. 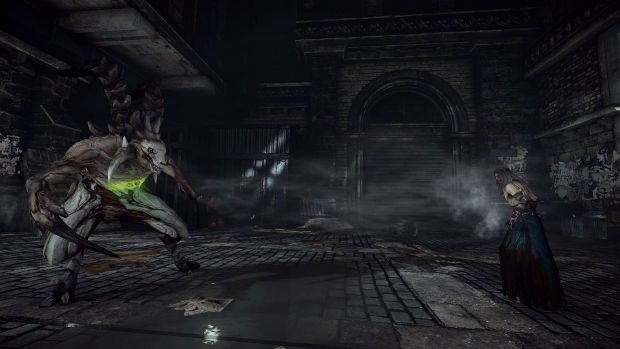 It does help that there’s an awesome challenge mode built into Lords of Shadow 2 that’s similar to the old Devil May Cry trilogy’s challenge rooms. You’ll have specific goals in mind like “kill each successive enemy within a time limit,” which will test the depths of your action skills. It’s here that I found myself longing for all of the winded concepts to be scrapped in favor of more fun arcade-like bonuses such as this.

Castlevania: Lords of Shadow 2 could have either used significantly more development time, or significantly less. Either way you slice it, ideas that just have no place in the game could have either been expanded upon or pared down to the point where it doesn’t feel like Dracula was wasted. The good news is action purists looking for a good time will have fun skipping past the story and laying waste to everything in their path — once they’re done doing rat quests, of course.