Bring friends (or lots of potions)

In 2008, Castle Crashers rekindled my dormant love of beat-’em-ups. It had imaginative characters, strange and varied locales, and the four-player co-op was great at encouraging friendly competition. There wasn’t much else like it back then. All of these years later, there still isn’t.

Playing through the remastered release for Xbox One, I was surprised to learn just how little of the adventure I could actually recall. The opening few levels, sure — barbarians steal princesses, then you follow them into the woods and flee from a goopy-eyed monster while riding on a deer (who may or may not have bowel issues). Those sequences are burned into my brain.

But after that point? It was a blur. Each new boss surprised me all over again: a dragon with a sock puppet, monstrous corn, medusa — I’d forgotten how utterly weird Castle Crashers gets once it deviates from the standard knight’s tale. While that variety kept me engaged and coming back for more when Castle Crashers was new, with Remastered, one playthrough was plenty. 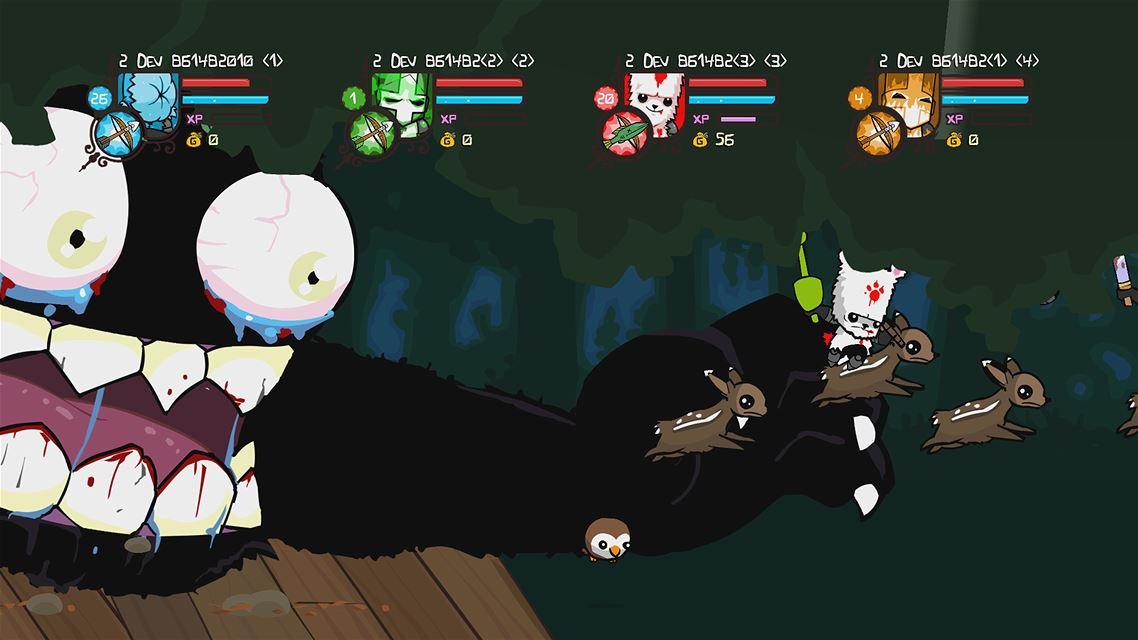 It didn’t help that I was alone for most of the journey. Not only does the pacing plod as you methodically take out enemies by yourself, but certain fights aren’t balanced well for solo play. When everyone’s out to get you — just you — and they can collectively launch a volley of projectiles that stun, over and over again, it’s hard to retaliate. My way around this was and still is to juggle foes in the air, but it’s not fun feeling like you have to resort to such tactics.

Of course, Castle Crashers is best played with companions — even if it’s just one other player. But I have a lone Xbox One gamepad and despite The Behemoth’s promised matchmaking and network improvements for Remastered, my attempts at online co-op were sluggish. Even when slowdown wasn’t an issue, it was hard to find other players around my character’s level.

While I opted to start fresh, you don’t have to. If you played Castle Crashers on Xbox 360 and upload that save data via Xbox Live Gold, you can bring over your progress to Xbox One including weapons, animal orbs, and characters (but not including things like gold and consumables).

That’s terrific. So is the initial pricing for Castle Crashers Remastered. It’s free if you’re a Gold subscriber who owned the original game on Xbox 360. You have through September 20, 2015 to claim your copy, after which point the game will cost $5 with the loyalty discount.

To be clear, Remastered is not a remake. It’s more of a touch-up than anything — a way to keep Castle Crashers easily accessible and relevant as the industry moves away from last-generation consoles. It’s smoother (with a frame rate doubled to 60FPS) and better-looking (with five times larger textures). But this is a game from 2008 at its core. While the character designs remain charming as ever, certain backgrounds and other elements don’t hold up as consistently.

Bonus characters and animal orbs that were previously obtainable as DLC are now integrated, and the shallow, button-mashing mini-game All You Can Quaff is gone. In its place is a far superior time-waster called Back Off Barbarian. I didn’t get it at first, but now I really dig it.

You hop around a tile-based world and try not to get squished by other characters. The twist is that movement isn’t as straightfoward as pressing up to move up. Instead, adjacent tiles are color-coded to match the Xbox controller’s A/B/X/Y buttons. So depending on where you are at on the board, you may have to hit Y to move up. Or maybe X! You have to think fast to survive for as long as possible. Once Back Off Barbarian gets going, it’s nerve-wracking in all the right ways. 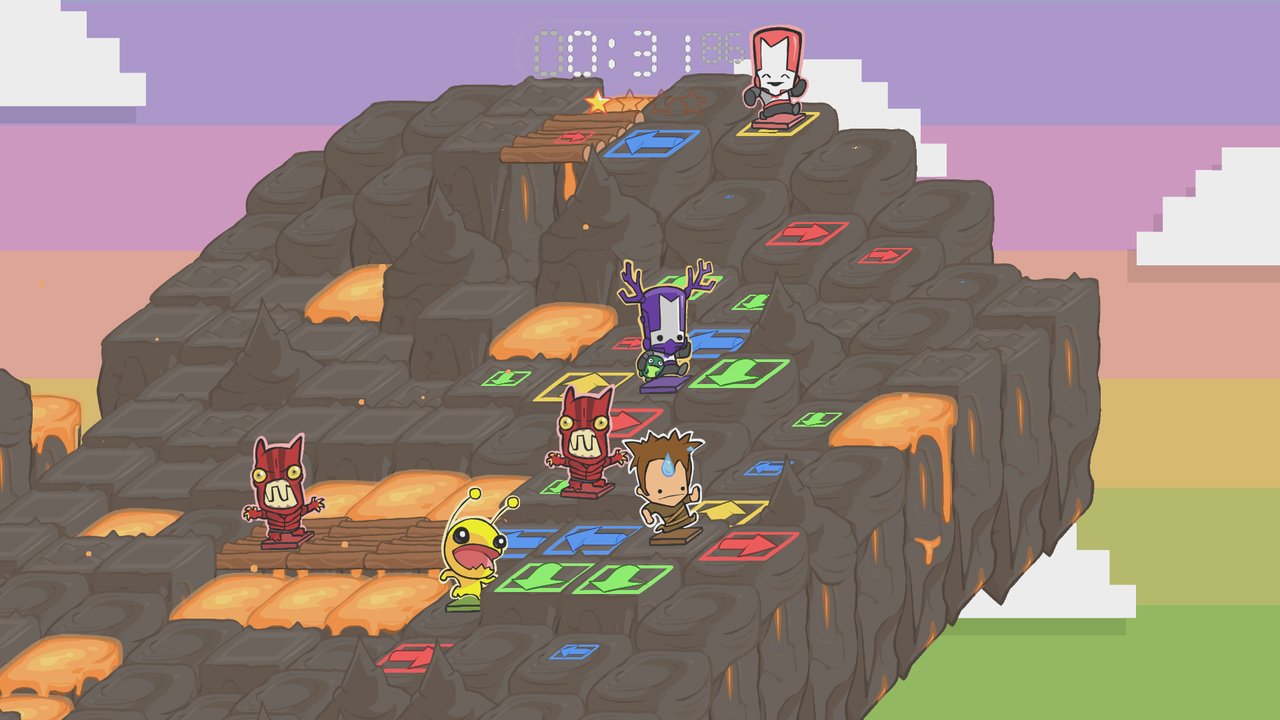 As much as I enjoyed the new mini-game, it’s hardly enough of an incentive to justify paying full price for Remastered. It’s a similar situation with the visual upgrades and behind-the-scenes tweaks. If you can snag the loyalty discount, by all means, go for it. An eventual Steam version is also planned, but release date and pricing details haven’t been announced yet.

I maintain that Castle Crashers is a good game. Great, even, if you’re playing cooperatively. But seven years later, I’m not nearly as smitten. I just can’t endlessly grind battles like I used to.