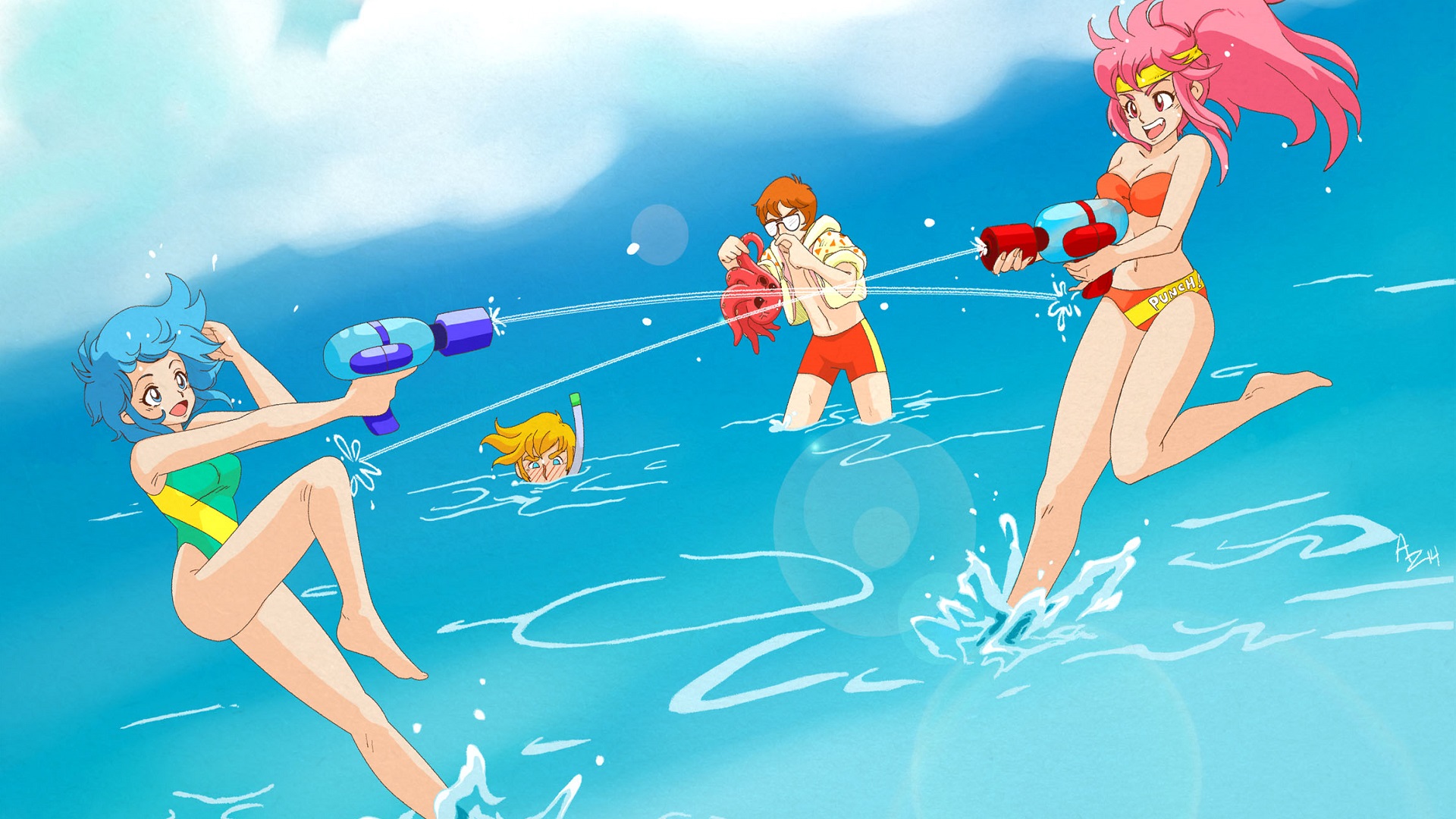 It is the far future, the year is 1999, and everything looks like a 1980s space anime; no, you’re not tripping on mushrooms and having a flashback to your childhood, you’re playing Capsule Force.

Capsule Force is the hot new couch competitive multiplayer game that is going to look great in your library next to Samurai Gunn, TowerFall, Nidhogg, and Hidden in Plain Sight.

Two-on-two multiplayer matches make up the meat of Capsule Force across eight stages that each have an unlockable alternate variation. The matches consist of pink and blue teams working against each other to ride a tram to the other team’s galaxy, which is trapped inside a — you guessed it — capsule. The first team to touch the other team’s capsule wins.

Capsule Force is easy to pick up and play. Grasping the controls fully takes maybe a match or two at most; you’ve got double jumps, an air dodge, normal shots, charged laser shots, a shield, and what I’d call blast jumping. Blast jumping can be performed by shooting the ground and then instantly jumping in the opposite direction for a faster and higher jump, which is vital for perfecting the game’s single-player missions. Using the shield requires precise timing, but puts a bubble around your character preventing them from being harmed. Eventually you’ll find out that air dodging allows you to double jump right away again, essentially allowing entire battles to take place mid-air.

When attempting to kill other players, you’ve got two choices: normal shots or charging your shot to shoot a laser all the way across the screen, killing anyone it its path if they don’t put up their shield. When using the laser, your character freezes in the air, allowing you to focus on aiming your shot. It is really satisfying to get a perfectly aimed mid-air laser shot killing both of your opponents and taking over the tram they were just riding.

Matches in Capsule Force are intense and hectic the whole time. Even if teams are pretty evenly matched, eventually the tram speed increases a great deal, allowing a quick turnaround for one side or the other. There were times when myself or my friends got a bit lost as to where we were on the screen due to this hectic nature, but it is all part of the fun. I will note, however, that some stages are similarly colored to the characters which can make it easier to get confused in than others.

While it is a multiplayer-focused game, the single-player missions do add a nice distraction and practice, and those who complete them all will unlock stage variations, alternate costumes, and concept art. Giving single-player a purpose other than practice was a good choice, but locking multiplayer content behind it wasn’t considering the limited amount of stages to begin with. The eight variations you unlock are essentially all new stages that just use the same backgrounds as the starter arenas, so they are certainly worth unlocking. Unlocking all the multiplayer content won’t take more than an hour maximum for most players, so it isn’t such a drawback.

If you’re the kind of person who has friends over for couch competitive games, Capsule Force is easily recommendable as the multiplayer is a colorful, frantic, hell of a good time, but if you’re a loner, give this one a pass. The limited single-player content won’t hold your attention for long.

I know I’ll be playing Capsule Force at many of my shindigs in the future.