Call of Duty 4: Modern Warfare was something else. While it wasn’t the first military shooter – not by a long margin – the 2007 release most certainly became the template for narratively-driven FPS titles, while also popularising many multiplayer concepts that are staples of the genre today. Modern Warfare also, notably, solidified Call of Duty (which had already been around for years) as the shooter franchise to beat – or at least to be.

This status was achieved through ambitious and polished gameplay, excellent map design, slick online play, and realistic effects work, all spearheaded by a memorable single-player campaign that begins in a shocking manner and continues to break the rules from then forward. Without a doubt, Call of Duty 4 is recognised as one of the most pioneering video games of all time, and with good cause.

And now, 12 years later, somehow everything old is new again. Having progressed from Modern Warfare to Advanced Warfare, then returning to the trenches of WWII, the Call of Duty franchise has come full circle, arriving back at the time period that made it a bonafide pop culture icon. With a new campaign, new multiplayer modes, and even some new faces, Infinity Ward hopes to make lightning strike twice with a new iteration of Call of Duty: Modern Warfare. Better lock ‘n’ load, F.N.G., because it’s a brave horrific new world. 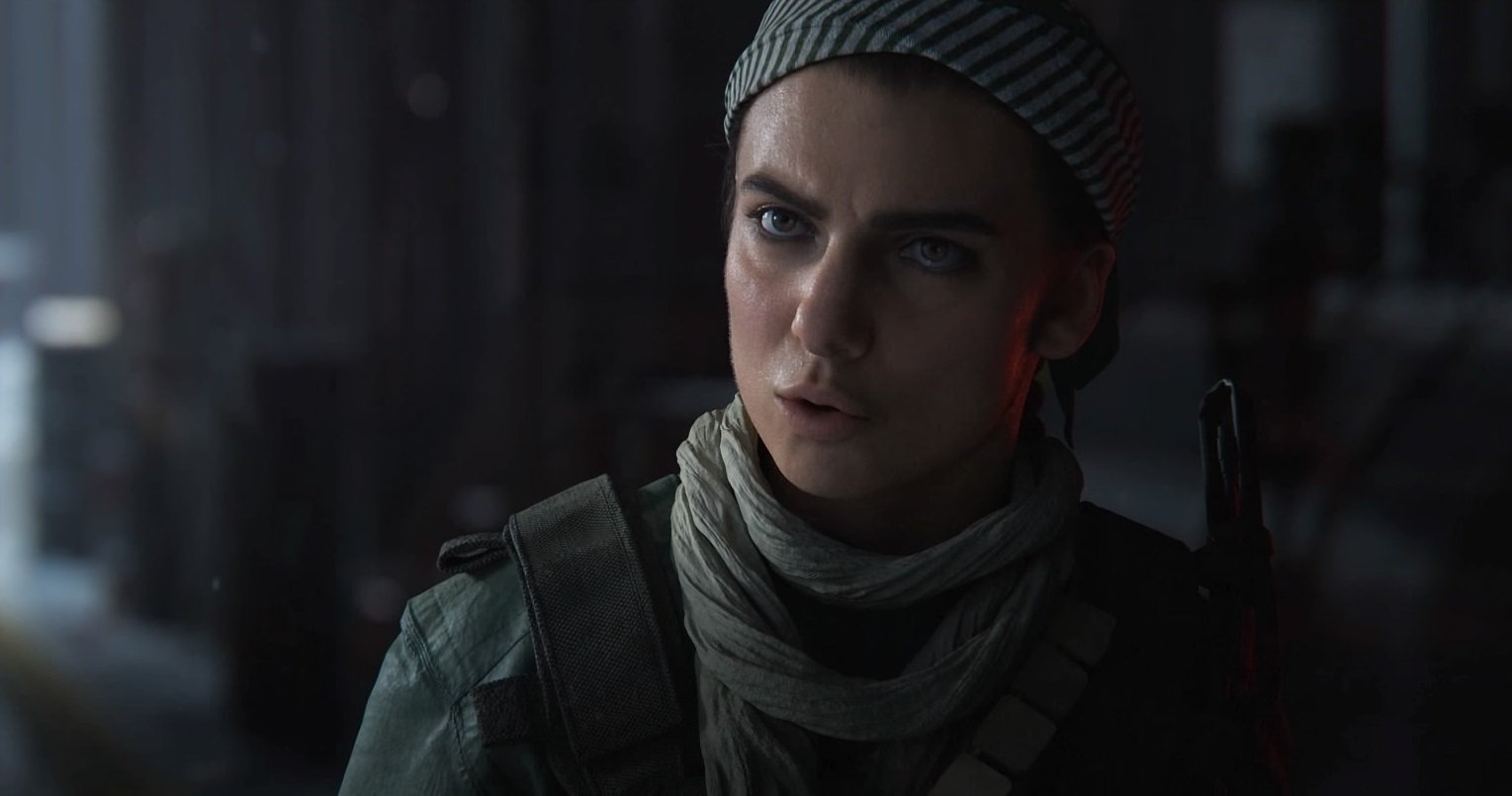 Set during a particularly chaotic few weeks in the fall of 2019, Call of Duty: Modern Warfare‘s campaign mode sees series regular Captain Price squad up with a team of newcomers to track down a shipment of stolen chemical weapons, capable of causing untold damage in the wrong (and right) hands. As is to be expected from a CoD campaign, this story hops between several protagonists posted in various locations, with the plotline converging at points before heading into a chaotic conclusion.

Perhaps more so than ever before, the Modern Warfare campaign plays in the theatrical style of the kind of HBO show raved about over the water cooler, blending high drama with several twists and some shocking acts of violence. Modern Warfare lays out its tonal intent from the opening credits, once again pushing the envelope for video game violence in sequences already analysed to death pre-release and therefore robbed of most of their power. While an effort is made to portray upsetting real-life events – public terrorist atrocities, military torture, and the plight of innocents caught in the crossfire – the result is only mildly successful.

A first-person waterboarding sequence, for example, is certainly a nightmarish concept, but big text prompts to “Dodge the Water” and “Press R3 to take a breath” detract from the chin-stroking condemnation to repeatedly remind you this is a video game to be played and “won.” This example holds true to most of the campaign’s shock sequences. While the intent behind these horrific moments is reality-based, Modern Warfare has little to nothing to say about these tragedies that hasn’t been said elsewhere, and better. The trademark mix of stark violence and Michael Bay action doesn’t gel, and the latter goes some way to suffocate any supposed “message” of the former. Modern Warfare is, primarily, a video game, and as such I’m not suggesting that it is obliged to “educate” on the horrors of conflict, or the realities of real war atrocities. But the difference is that Call of Duty clearly courts such recognition, and thus it should be noted when it doesn’t succeed in doing so.

Superficial thematics aside, Modern Warfare‘s campaign is a successful one, rooted in its interesting band of brothers and sisters. The show is entirely stolen by Urzikstan rebel leader Farah Karim, who lends genuine dramatic weight and authenticity to the narrative, thanks to a strong vocal performance and an interesting – and grim – backstory. Much less can be said of the villains of the piece, two-dimensional psychopaths with nicknames like “The Wolf” and “The Butcher,” who are Bad and do Bad, lacking the nuance of former antagonists such as the excellent Raul Menendez.

This year’s Call of Duty campaign isn’t nearly as smart as, say, Black Ops II, nor as memorable as Call of Duty 4, but it is still an exciting escapade that doesn’t outstay its welcome (running about six hours), while maintaining player interest with varied locales, a shifting tempo, and magnetic leads, one of which being CoD‘s first breakout star in years. Farah spin-off game, please.

Following on from its campaign, Modern Warfare sees the return of popular co-op mode Spec Ops, which acts as a sort of “pseudo-epilogue” to the main story. Spec Ops offers a series of PvE missions, specifically designed for four-player co-op. These scenarios are seemingly tailored for the dedicated Call of Duty player given their tough, often straight unfair, levels of difficulty.

Spec Ops missions see the four-strong squad running ‘n’ gunning to complete various objectives, such as rescuing a hostage of raiding a base, while fending off huge oppression from enemy forces. While as technically sound as every other element in Modern Warfare, Spec Ops can be wildly unforgiving, and surviving the throngs of enemies that pour in from all sides can be tough to the point of frustration.

Personally, I found myself skulking back to the standard multiplayer modes, where the fight generally feels tighter, fairer, and less maniacal in nature. However, for dedicated clans of hardened CoD players, Spec Ops seems custom-designed to test your mettle to the max. Also available is Survival Mode (essentially Horde Mode) which is a neat, time-killing addition to the mix, though not quite as addictive as its forefathers. 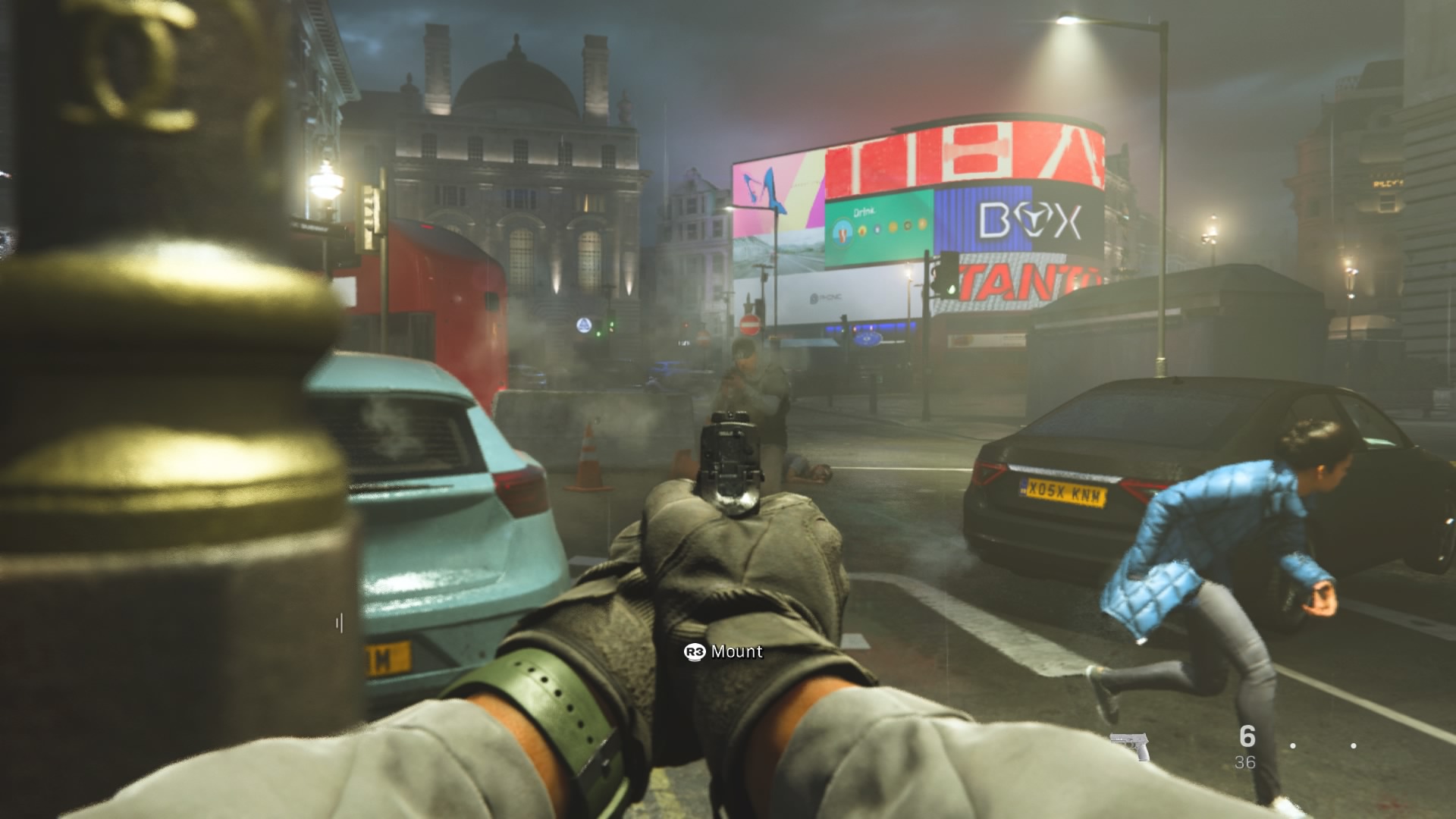 For many series aficionados, Multiplayer will always be the meat of the Call of Duty experience. It’s this cycle of Team Deathmatch, Domination, Free-for-All, and other classic modes that keep a CoD title alive for the following year and then some. In Modern Warfare, multiplayer has become a fast-paced affair, replacing Black Ops‘ abilities with quick eyes, accurate aiming, and itchy triggers of past entries.

The new 2v2 Gunfight mode sees you and a buddy randomly assigned weapons and fighting it out against a similarly-armed duo. Gunfight offers a stripped-down test of player speed, accuracy, even psychology as you try to read your opponent’s movement. I’m not quite convinced of Gunfight’s staying power, but for now, it’s a great way for you and a pal to test your skills against the world.

The 64-player Ground War offers en masse conflict. Armies of players battle across huge maps, with added vehicular mayhem, but in its early days the mode is kind of a chaotic mess. With plentiful hard-to-breach camping spots and exploitative spawn mechanics that heavily proffer the winning team, Ground War might need a little more tweaking before it can live up to its genuinely ambitious potential.

Classic multiplayer modes take place on a selection of new maps, which infuse both indoor and outdoor locations with verticality, open areas, and tight corridors. This is an active design decision taken by Infinity Ward to move away from the “three-lane” layout of previous games. But while Modern Warfare‘s new maps are very creative in both atmosphere and design, many players seem to be concentrating battle in certain areas, while abandoning huge portions of the map. Take the broken-down town in Azhir Cave, or the marshland in Grazna Raid – you could set up a picnic in these areas whilst everyone else fights it out on the other side of town. It seems players may need to retrain themselves to embrace the new topology, as currently only half of many maps see any blood and glory.

Technically, Multiplayer is as polished as it has always been. The lobby fills out with players and loads at speed, offering up smooth digital warfare. I can’t help but always find CoD multiplayer endlessly addictive, mostly thanks to its quick pace, ease of control, and ability to hop from one match to the next with the minimum of fuss. Hours upon hours of salty and satisfying matches await you and your clan. 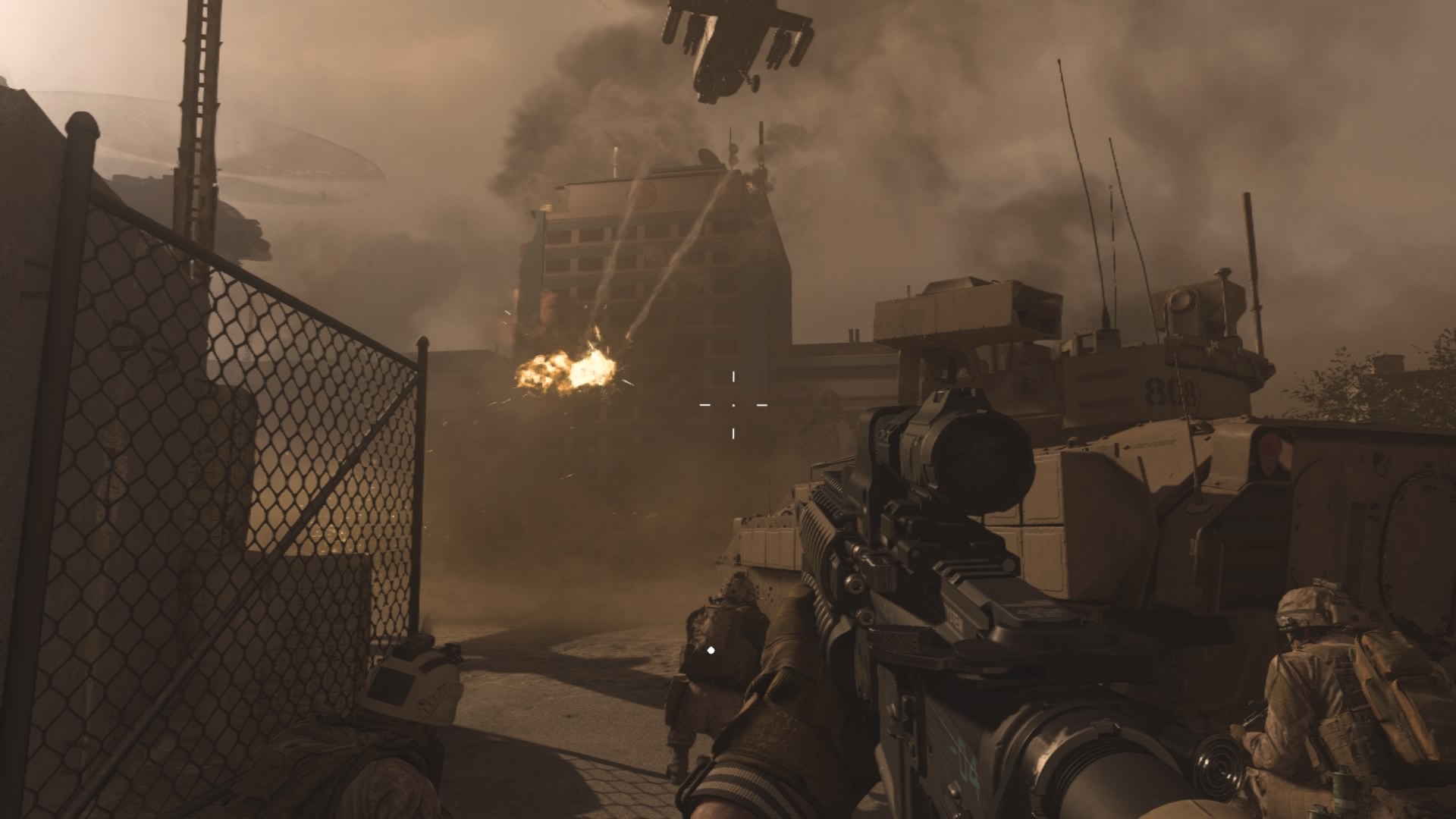 Call of Duty is in a very peculiar place in its life cycle. With Activision comfortable to retread the timeline once again, and each release just offering a samey mix of “edgy campaign, the usual multiplayer, and throw in a couple of new modes,” it can be easily argued that the series has long run out of innovation. And yet, each year brings another agreeable entry (while continuing to sell by the truckload). Call of Duty exists in this strange vacuum where it can repeat itself ad nauseam, yet apparently not tire its audience.

But importantly, CoD doesn’t rest on its ass when it comes to quality, and delivers a solid product despite being fully aware of its own inevitable success. In an era where annually released games can often be haphazard at best and downright broken at worst, CoD‘s consistent levels of quality shouldn’t be a notable factor, but it is. While we don’t know exactly what the future holds, I can only see this pattern continuing into the next generation and beyond, for better or worse in the eyes of the gaming public… Stay tuned for Call of Duty: Advanced Warfare?

Call of Duty: Modern Warfare isn’t the best Call of Duty game. Hell, it’s not even the best Modern Warfare game. But it does maintain the series tradition of delivering a solid feature-packed release. Modern Warfare offers a great single-player campaign and exciting multiplayer gameplay, all dressed up in excellent visuals and terrific sound. Death, taxes, and Call of Duty. The brand may long in the tooth, but it isn’t ready for discharge anytime soon.