With the launch of Apple Arcade, I’ve been having a few regrets about being the frugal man that I am who always springs for the cheapest possible option. On my iPad, I’m constantly deleting old games to make way for the new. It’s frustrating, but I’m the one who thought 32GB would be enough.

It’s the same on my Android phone. I have several games on there that are huge and with each new, must-play title, I find myself debating which apps stay and which ones go. It can be a struggle, but with Call of Duty: Mobile, it was actually quite easy. I just got rid of PUBG. No sense in keeping that one around when CoD:M does everything it does and more. 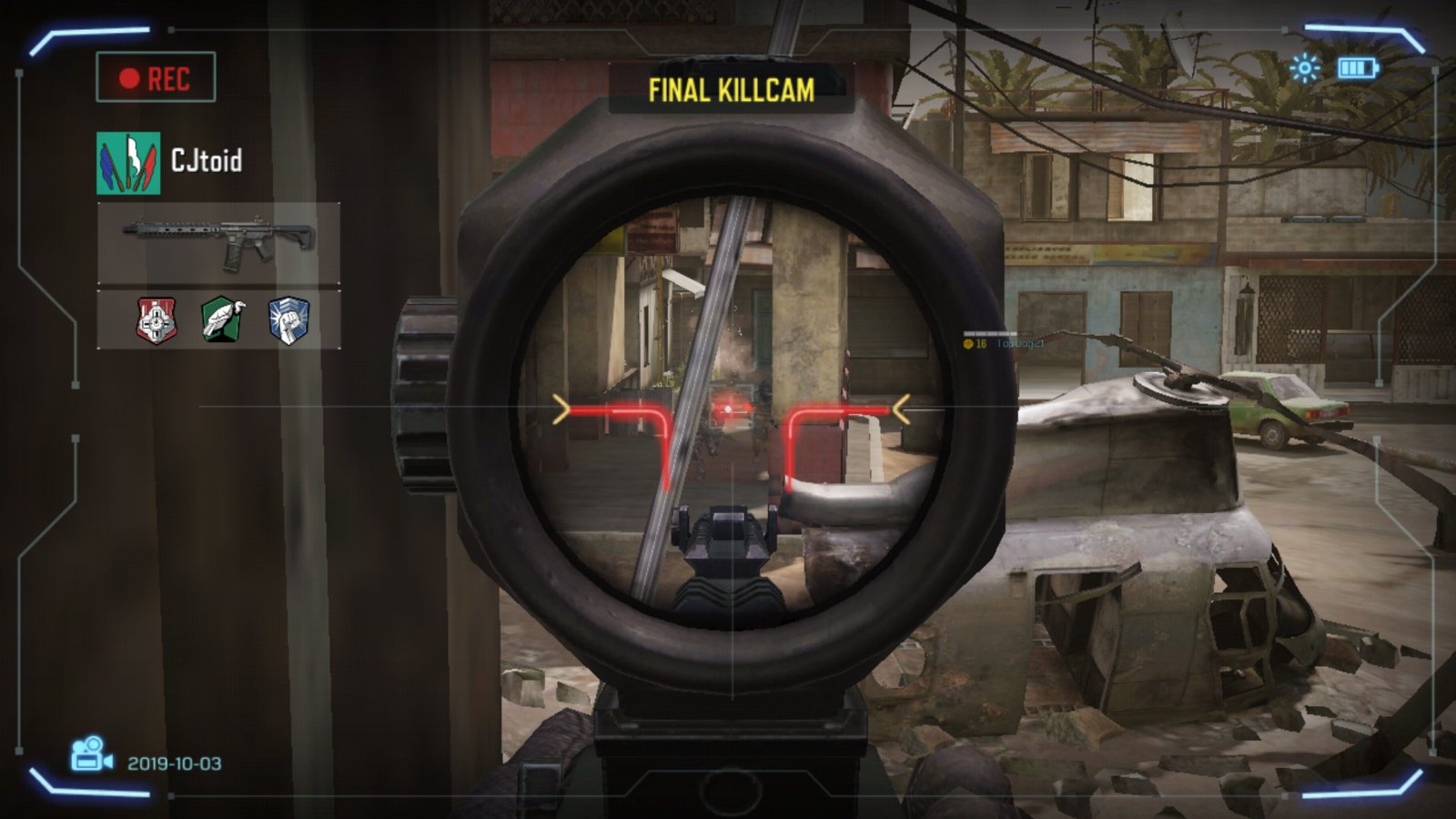 Call of Duty: Mobile has a lot in common with Mario Kart Tour, another recently launched mobile game. Both are free-to-play, both are connected to franchises that are among the most popular on consoles, both have loot boxes, both have services you can pay for to earn more than those who can’t afford to or choose not to, and both are strolls down memory lane in terms of available content, characters, weapons, and more.

But there are two avenues where these games differ and it’s here where you’ll discover why one game is mediocre and the other is quite good. Where Mario Kart Tour lessened the control you have over your character and devised a progress scheme that tied directly into its gacha mechanic, Call of Duty: Mobile offers full control and a progression scheme that values skill over luck. And that makes all the difference.

Like last year’s Black Ops 4, Call of Duty: Mobile lacks a traditional single-player campaign, opting for two different flavors of multiplayer with a third coming at a later date. The first is the traditional CoD multiplayer, featuring teams of five competing in modes like Frontline, Team Deathmatch, Domination, Search & Destroy, and Practice Vs. AI. The second is battle royale, taking playing on the perhaps-a-bit-too-large Isolated map that you can tackle solo, in duos, or in squads of four. Each mode has its own loadout you can expand as you level-up and battle royale features a class system with six different specialties. I’m usually the medic, but the scout class is really useful as the battlefield and opposing player count shrinks.

Whether on my AT&T network or on my apartment’s Wi-Fi, every match I’ve played has been flawless from a technical standpoint. Don’t get me wrong, I have no doubt Tencent is sneaking bots into my multiplayer matches, but I do know I’ve played with real people as well. Mostly young kids who like to scream “fuck” into their device’s microphone. But, I haven’t seen players zip unnaturally across the map, it hasn’t crashed on me, and the unity engine powering the graphics only has slight issues with pop-in on battle royale, but its nothing that’s caused me any concern. It’s simply a well-put-together game. That shouldn’t be too big of a surprise as TiMi Studios also developed a mobile version of PUBG that made that game playable on low-end devices.

What is surprising is just how much I like the shooting in this game, whether I’m using the automatic firing scheme or the customizable manual one. Yes, it doesn’t hold a candle to console or PC controls, but for a touchscreen device, it’s easily the most comfortable and responsive controls I’ve encountered for a shooter. Now, I should point out that I am playing on a device with a 5″ screen and, due to how busy the interface is, I don’t know if I’d be as comfortable playing with a smaller device. The battle royale HUD is even more cluttered, but thanks to some smart design choices like automatic upgrade and collection of items, I don’t have too much trouble with it.

Part of the reason why I know I’m having such a blast with this game is I’m kicking everyone’s ass. I haven’t lost a battle royale match yet, and in multiplayer, I’m almost always the MVP of the match or the highest scoring player on the losing team. Maybe it’s bots or maybe this is the way I was born to play Call of Duty, but nothing beats absolutely dominating the other team while grabbing the final kill of the game. 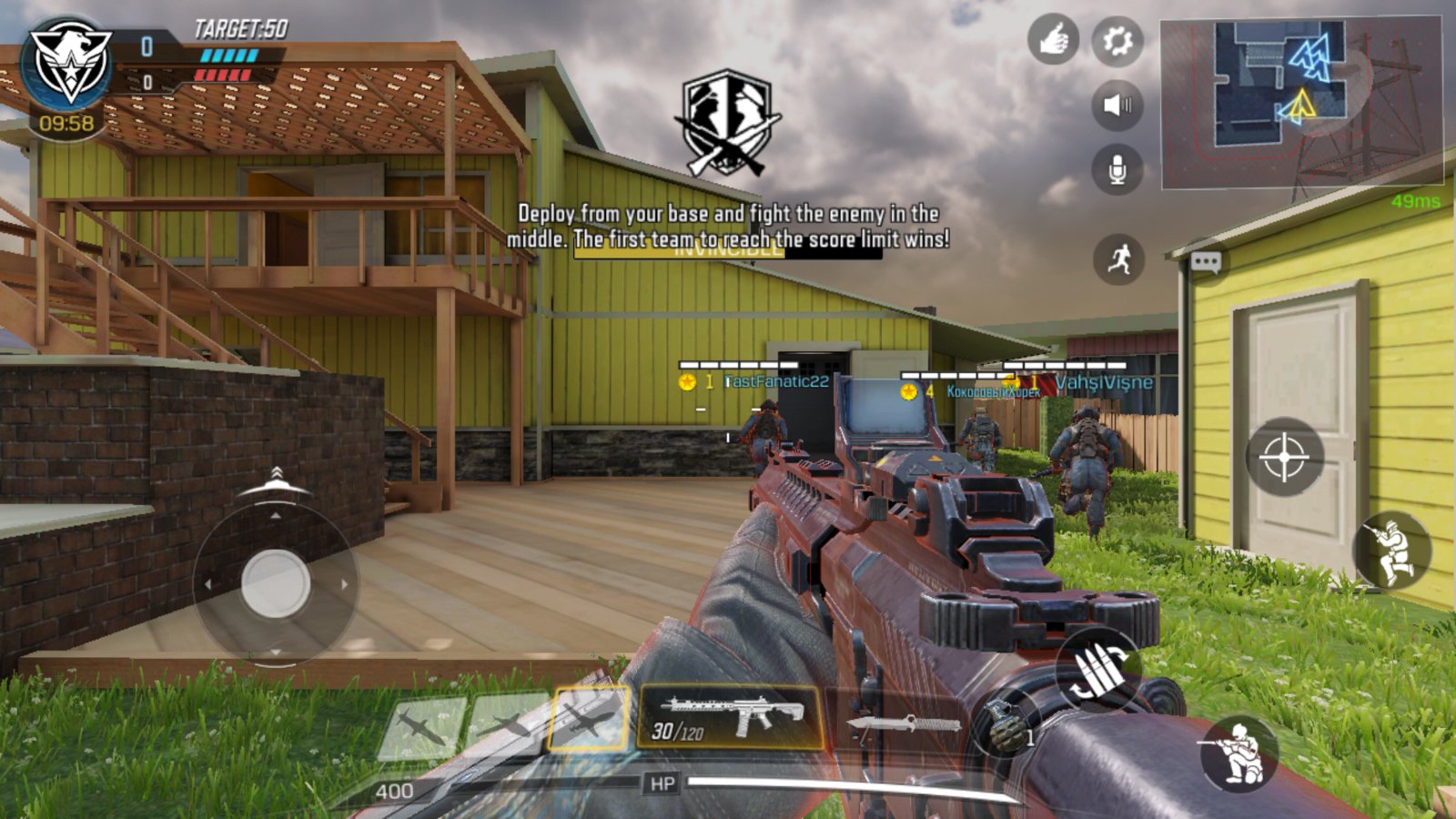 I imagine the biggest question for those who haven’t downloaded it yet is about monetization and how invasive is it. Call of Duty: Mobile houses two separate currencies: credits, which can be earned in-game, and COD Points, which must be purchased. There is a store where you can buy new guns, skins, sprays, XP Cards, and loot boxes. Epic pulls from a loot box run between .8% and 1.3% according to the odds on what’s currently available in the store. You can also earn a loot box by watching an ad, which honestly feels like a monetization scheme that should be beneath such a high-profile game.

There is one section of the store with a small selection of guns and sprays that accepts the credits you earn. Everything else takes COD Points. Buying individual guns can cost you up to $20 or you can chance it with a loot box pull for as low as 80 COD Points, which runs 99 cents. Then there is the battle pass. Call of Duty: Mobile features a free battle pass that grants rewards as you complete tasks and climb tiers; and a premium pass that grants more rewards, unlocks Elite Tasks, and gives players some rare and epic loot. If you’re too impatient to actually put in the work to complete the tasks, there is a premium pass plus that gives you everything the premium pass does while also skipping you ahead 25 tiers on the season. The standard premium pass will set you back 800 COD Points or $10 while the premium pass plus costs a whopping $25.

I have no intention of ever spending a dime in this game, but Call of Duty: Mobile does continually remind me of all the things it has for sale. Every time I boot up the app, I’m greeted with three different ads showcasing different ways Activision wants me to spend some money, and that is bound to change as the available offers do. If you are the type of person who is prone to spending a lot of money on loot boxes in free-to-play games, know that ads promoting in-game purchases are present, but not in a way that I consider to be overbearing. 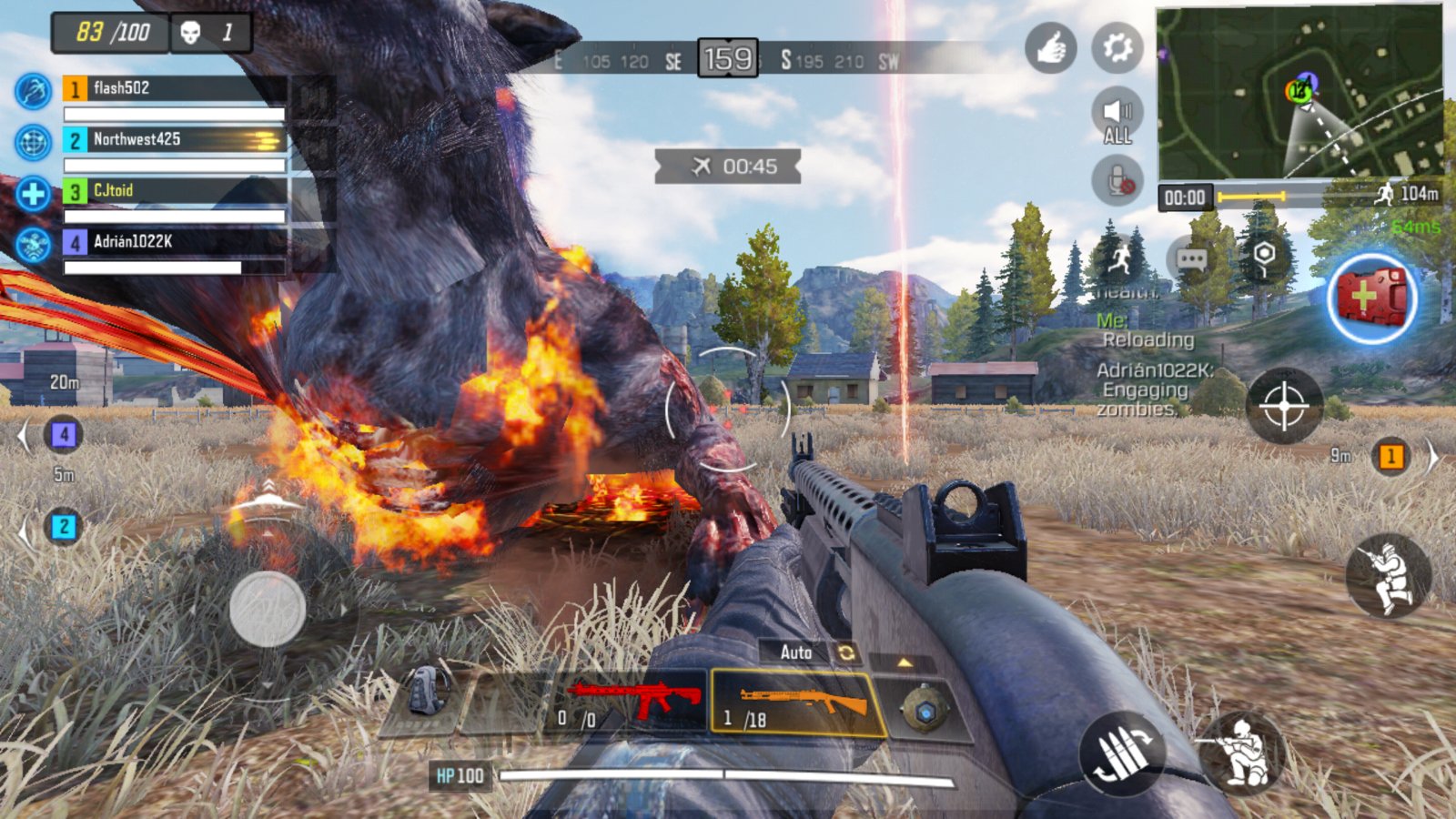 The only major caveat Call of Duty: Mobile faces going forward is its relationship with mouse and keyboard controls. Tencent has a program called Gameloop that lets players enjoy a select few mobile games on their PC. According to Kotaku, CoD: Mobile is one such title and it’s unclear now if there is anything programmed into the game that separates those using touch controls from those using a superior input method. Tencent has already updated Mobile to eliminate controller support, so I can only hope, for the integrity of competition, it finds a way to do the same with Gameloop.

But outside of that, the trio of Activision, Tencent, and TiMi Studios have crafted what is easily the best multiplayer shooter on mobile. It looks good, it plays great, and its pick-up-and-play nature makes it the exact type of game I want to boot up on my lunch break. Now give me that zombies mode.

[This review is based on a retail version of the free-to-play game.]