I got time to bleed

Infinity Ward’s DLC capabilities may not be up to snuff compared to Treyarch’s, but the fact that they’re trying is good enough for me. Call of Duty: Ghost‘s Onslaught DLC was a major step up in quality when compared to their prior milquetoast map packs, and somehow they’ve even managed to top Michael Meyer’s cameo with the goddamn Predator.

Not all of the maps are created equal, but another strong Extinction mission and the Predator gimmick help elevate the package considerably. 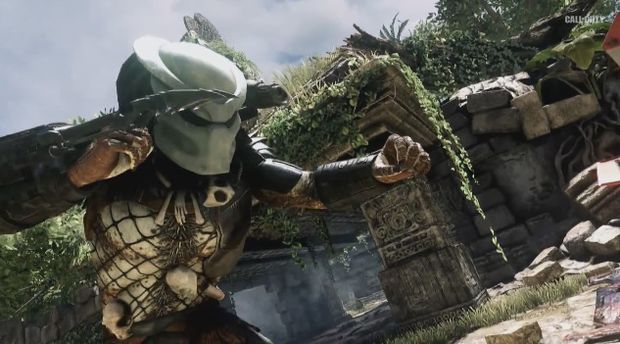 Out of the four standard maps that are a part of the Devastation DLC, the most standout addition is easily Ruins. This is the temple map that Call of Duty: Ghosts never knew it needed, and the layers upon layers of stairs help make this one of the more interesting arenas in the game. You can also see a noticeable improvement upon past entries in terms of detail, as every piece of foliage is meticulously crafted, on top of the wonderful mist effects that help add to the theme of the level. The maze-like layout also makes objective-based modes a bit more exciting, but it’s more than sufficient for team deathmatch as well.

Of course, the major gimmick here is the ability to become the Predator — and not just any “predator” — the creature from the successful string of Hollywood films. Although it’s not a fully decked-out alien hunter it’s still extremely formidable, as you can track down enemies with thermal vision, cloak yourself, slash enemies with your claw, and even shoot a shoulder-mounted gun. The pièce de résistance is easily the self-destruct mode that triggers upon death, complete with the Predator’s signature evil laugh. While I wouldn’t recommend that people buy this DLC just for this element alone, it undeniably adds to the allure of the overall package, as even fighting the Predator is fun.

Devastation has another solid map in the form of Collision, which takes place on a tanker that’s crashed into a giant bridge. Like Ruins it’s insanely detailed, as the ship itself is creaking, sprouting leaks, and some areas are even on fire. It’s a great theme that’s a step up from many of the “wrecked” levels in past games, and the running water effects look great on current-gen consoles. It helps that it sports a great layout with lots of twists, turns, and elevated vantage points.

The next two maps however aren’t as memorable. Behemoth takes place on a giant platform with multiple buzzsaws looming in the distance. It’s extremely standard fare with no real standout points outside of the well done backdrop, which is inconsequential in the grand scheme of things. There’s lots of tunnels, but overall it feels cramped and limited. I usually hope that Behemoth gets voted out while I’m waiting in the lobby.

Unearthed is another level that feels like a wasted slot, as it’s a remake of Dome from Modern Warfare 3. While Dome was a decent arena it never really resonated with me, offering up standard underground passages and one major point of elevation. Unearthed is basically that exact same layout, just re-skinned to look like an excavation site. Infinity Ward could have done so much more with the theme, or picked a more iconic map in general.

There’s one more piece of the puzzle though that raises the other two weak maps up a bit — a new Extinction level called “Mayday.” Although one could easily say that the less cryptic nature of Extinction makes it less alluring than zombies, it’s much easier to follow and pick up, and has a vastly detailed upgrade system that’s made even better with the new DLC. 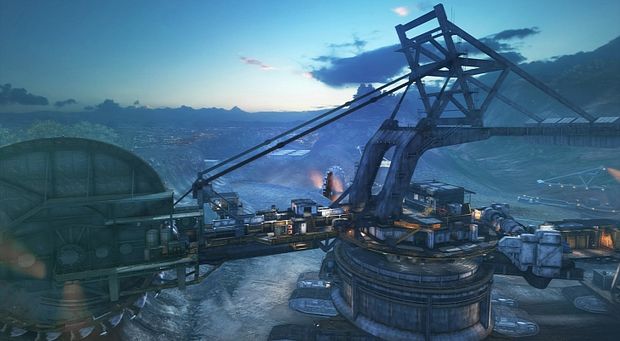 In addition to picking and building your own class you can also earn “teeth” by completing levels and certain objectives, which basically function as currency for even more upgrades. Now it’s easier than ever to customize your look and craft your own personal character based on your style, which adds to the mode’s replay value considerably.

Mayday itself is also a welcome addition to the Extinction family, taking place on a giant Tanker that’s under siege by an even bigger Kraken. More doors are open from the start (which have to be drilled through just like nests) that lead to secret weapons and items, but the stakes are also much higher since the Kraken’s tentacles can burst through walls. There are also a few new enemies including a Tank-like alien that can take tons of pain, and the addition of ceilings ensures that you’ll have more vertical threats than ever before.

It’s a very difficult mission, one that’ll take teamwork to complete. At one point I was stuck in a room with two downed allies, two giant tank aliens, three enemies throwing down fire from the ceiling, and a teleporting mini-boss, and was completely overwhelmed — but I was having a ton of fun in the process. I can’t wait to see what Infinity Ward does with Extinction in the next two add-ons, as they’re really coming into their own here — I hope they keep this as their “signature” in their next iteration. 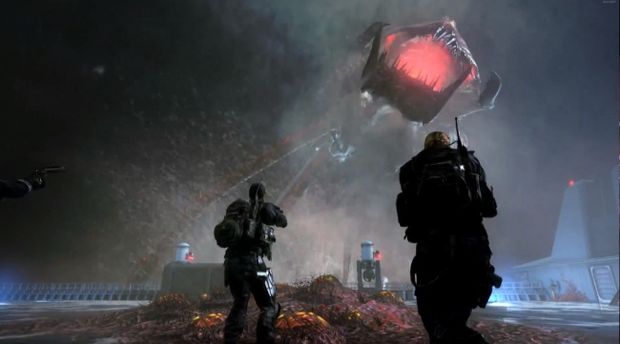 I’m really glad that Infinity Ward decided to model their DLC packs after Treyarch, and include an additional story-related component on top of the standard maps. $14.99 seems like a high price to non-fans, but I’ve played enough of Extinction mode to fit in the length of a few major releases — the other maps are basically a bonus. I just hope they step it up next time and have every map match that level of quality.