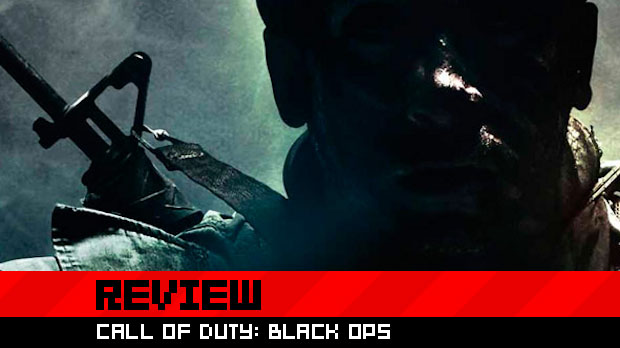 It’s that time of the year again. November is officially designated Call of Duty month. It’s the reason why this time of the year no longer has a huge saturation of top-quality games, as publishers scrabble to steer clear of Activision’s almighty entertainment behemoth.

With its power to completely empty launch calendars, Call of Duty: Black Ops sees Treyarch taking the reins from Infinity Ward for another crack at the whip. With Infinity Ward on its knees at the moment, has the “lesser” studio stepped out from the shadows to seize the series as its own? We’ll probably need a videogame review to answer such a burning question! 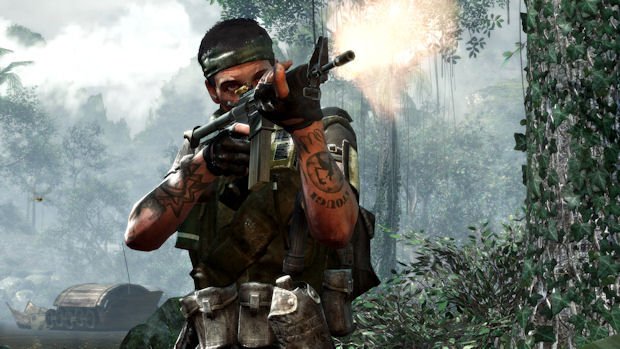 Black Ops finally sees Treyarch leave behind the ever-popular environment of World War II and embrace the slightly more modern era of the Cold War and Vietnam. Taking place throughout the 1960s, the latest Call of Duty boasts what is perhaps the most comprehensively structured, story-focused narrative that the series has ever had. In fact, I’ll go one step further and say this — Black Ops boasts the best single-player campaign that the series has ever had.

From its genuinely intriguing plot, full of dark twists and historical cameos, to the endless set pieces that throw the player from one ludicrously action-packed scenario to the next, Call of Duty: Black Ops is the game with which Treyarch has finally put its definitive stamp on the series, and even eclipsed Infinity Ward in terms of in-game narrative and memorable moments.

Much praise must also be had for the variety of gameplay. Not only is there plenty of traditional FPS action, but a number of vehicular sections are liberally spread throughout the game, and all of them are surprisingly fun. Expect to pilot helicopters, boats, motorcycles and more throughout the course of the game, and expect to be excited while doing so. 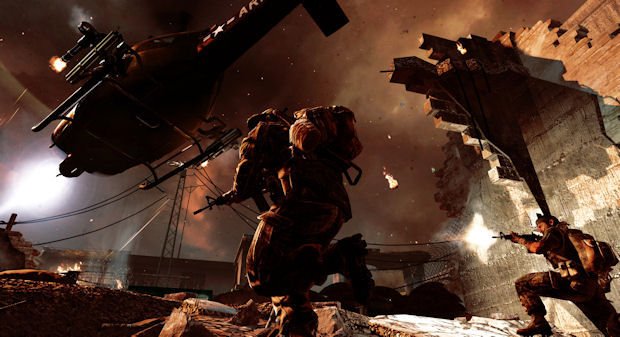 Even the pedestrian sections are spiced with variety, with guns that differ not just in model, but in modifications. Throughout each level, you’ll come across guns with scopes, guns with extended mags, and guns with shotgun, grenade and even flamethrower attachments. Each gun feels powerful and heavy, with shotguns especially packing a punch. Throw in a new bunch of incredibly vicious melee kills, and you’ve got a brutal game that should please even the most blood-starved gamer.

The campaign pretty much does everything right. The grenade spam that plagued World at War has been annihilated, while the level designs feel inspired and heartfelt, and sometimes horrific (the section involving a certain gas attack is especially intense). Truly a magnificent single-player experience that manages to tell more in its one story than the Modern Warfare series has done with two.

Unfortunately, the quality of the single-player campaign has not been matched in the multiplayer mode, at least on PC. While you can tell that there is a very well-built, solid multiplayer experience at its core, the game is almost impossible to enjoy due to intense lag, server connection errors, and matchmaking issues. These aren’t just annoying bugs — these are issues that render the game damn near unplayable. 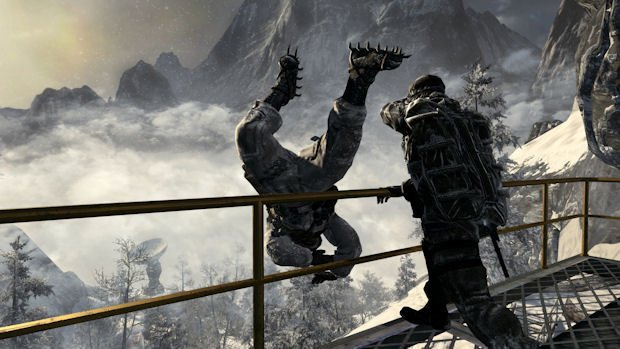 Even when it “works,” Black Ops still stutters tremendously, and should you venture online, you best be prepared to eat several deaths simply due to the game’s issues, all the while reading in-game chat complaints about how laggy everything is. For a Call of Duty game, having a poor multiplayer mode is unforgivable, due to the relative brevity of the single-player campaign, and with a multiplayer this poor, Black Ops becomes a total let-down.

I’d love to focus this review on the interesting “COD Points” system that allows you to spend in-game currency on unlocking Perks and equipment in whatever order you choose. I’d love to talk about how balanced the gameplay is and how cool the maps are. Unfortunately, after getting a “connection error” message the very second I began a last-ditch effort to fight through the problems, I’ve officially given up trying to suffer it. The frustrating part is that from what I have played of the multiplayer, I can see piles of potential fun. I’ve loved Call of Duty‘s multiplayer for many years, and this looks to be as good as any other, with a few extra unique twists and fun Kill Streaks. Unfortunately, it’s not fun right now. Not at all. It’s excruciating, frustrating, and broken beyond forgiveness.

Luckily, at least one multiplayer mode partially works properly — Zombies. Matchmaking seems to have its own set of issues, since it can be difficult to get a match started, but at least when one starts, the amount of lag is kept to a minimum, usually only stuttering a few times per game. Zombie mode is also very fun indeed, with Treyarch making a far more involved and character-driven version of the minigame first found in World at War. The use of historical figures such as John F. Kennedy may be considered tasteless by some, but it’s far more amusing than it has any right to be, and provides a sense of humor that offsets the intense, sometimes nerve-wracking gameplay that only waves of encroaching undead can provide. 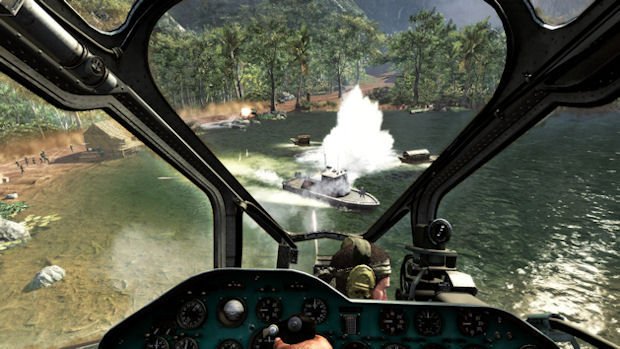 I honestly, truly wish I could say more in Black Ops‘ favor. This is the first Call of Duty in which Treyarch has stepped out of the shadow of Infinity Ward, but the triumph has been ruined by an unbearable PC port, and this is coming from a game that had promised to do much more for PC gamers than Modern Warfare 2 did. Since we currently lack a 360 or PS3 version of the game at the time of writing, I can’t say how much better they are, but this version is a disaster.

The truly stunning single-player campaign offsets many of the multiplayer’s flaws, and the Zombie mode is tons of hilarious fun, but neither manages to be lengthy or deep enough to make Black Ops the truly great game that I know it should be. This is an incredibly well-made game that, once patched, will easily sit among the hottest titles of the year. As it exists right now, however, I can’t recommend the game for purchase. Wait until an update comes, and then by all means jump in, but anybody who currently buys the game will get shafted.

Once the multiplayer is fixed, feel free to pop at least two more points, most likely even three, into this review’s score. I can only review what I’ve got in front of me, however, and what I’ve got is a superb game that has pissed all over itself.