I feel I owe Nihilistic Software (now nStigate Games) an apology. After I had reviewed Resistance: Burning Skies, I thought it was a terrible game developer with no talent, no ambition, and no resources. Burning Skies‘ quality was such that I truly believed we were dealing with a bad studio.

Having played Call of Duty: Black Ops: Declassified, I realize now that this is not the case. I’m convinced instead that Nihilistic is a group of performance artists, creating works of intangible brilliance to break the fourth wall and satirize the videogame industry. These are not videogames, these are macabre comedies that, like the late Andy Kaufman, make use of elaborate pranks without necessarily letting the audience in on the goof.

At least, that’s what I’m going to have to tell myself, because admitting that a game like Declassified could be made in earnest is just too damn depressing. 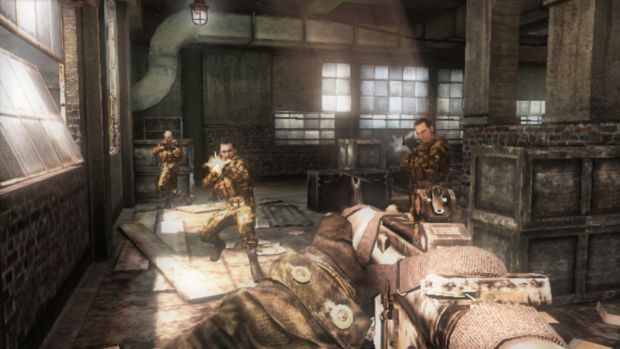 While Call of Duty: Black Ops II goes out of its way to at least look new, Declassified plays itself strictly to formula — the formula of, say, Call of Duty 3 as opposed to anything released in the past half a decade. Each mission is less than five minutes in length, and consists mostly of walking through a series of very small rooms, avoiding grenades that find themselves constantly tossed your way, and doing the tired old “breach and clear” routine every other stage.

To its credit, Declassified lets you know exactly how awful it is almost immediately. Within the first four minutes of playing, no less than five enemies had managed to commit suicide by crouching behind cars, and attempting to shoot me through the vehicles until they exploded in their faces. The death wish A.I. doesn’t stop there — opponents will rarely run away from grenades, and in some situations they may actually run towards them. It’s almost as if they know how bad the game is, and want their miserable digital lives terminated immediately.

The entire affair is one of chaotic shambles, a mess of illogical design and broken mechanics that even budget developers have been getting right for years. Somehow, nStigate managed to ruin iron sights aiming, and I don’t even know how a studio manages that. There should be awards for accomplishing that kind of mistake. In Declassified, bringing up iron sights is always a gamble, as there’s a greater-than-average chance the gun will jerk upwards as you aim, its quick-target function unable to actually target the opponents and instead forcing the reticule about a foot above a soldier’s head. I don’t think I’ve ever had to wrestle so hard with a first-person-shooter to perform the simple task of aiming before now.

Other situations are simply illogical. At one point, I failed a mission by “abandoning” it. All I did was try and run up some stairs to kill an enemy that was crouching behind cover and wouldn’t stand up because it was trying to shoot through the wall. There was no warning that I was leaving the mission area, no countdown, and no clue these stairs were out-of-bounds in what was, basically, a big square room. I got halfway up the stairs and the mission was instantly failed — forcing me to start from scratch as there are no mid-mission checkpoints.

Still, nStigate actually gets the controls more or less right this time around. Unlike Burning Skies, the touch interface is kept simple and efficient. There are touch icons on the right side of the screen for grenades and melee attacks, and you press the rear touchpad to hold steady a sniper rifle’s aim. The auto-sprint feature takes a little getting used to, as the player stops-and-starts while moving a lot, but it’s not all that bad an option to have toggled on. As an example of how a first-person-shooter on the PS Vita should function, Declassified actually works. 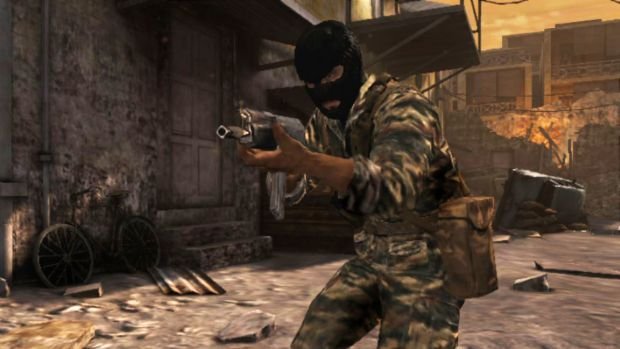 Ironically, it’s all the standard, established stuff that nStigate manages to screw up in an almost spectacular fashion. It got the touchscreen interface down perfectly, but can’t actually make a decent FPS to put it in. This miserable selection of half-baked, monotonous, lifeless missions almost makes Revelations 2012 look like a decent purchase. The fact a game with such pitiful A.I., broken aiming, and weird mission stipulations wasn’t cobbled together by amateurs in their spare time is something that nStigate, and anybody involved with the game, should be deeply ashamed of — that’s if anybody even cares.

If you’re lucky, you’ll beat the campaign in 45 minutes. If you’re unlucky, it might take an hour. This is no exaggeration — Black Ops: Declassified boasts an incredibly short solo experience that struggles to last a full sixty minutes, and while that is technically a negative, the campaign is so ghastly it’s hard not to view this sham as a point in its favor. Even so, it speaks volumes about how contemptibly this garbage was spewed out that it can be beaten so quickly.

I can’t say I was able to spend much more time than that with the multiplayer because, even though it’s clearly where most of the effort is, it’s laggy and unstable, frequently terminating matches early or spawning teams of full players into empty maps. It also boasts some of the smallest multiplayer maps I’ve ever seen, with opponents spawning right before my very eyes, or directly behind me. 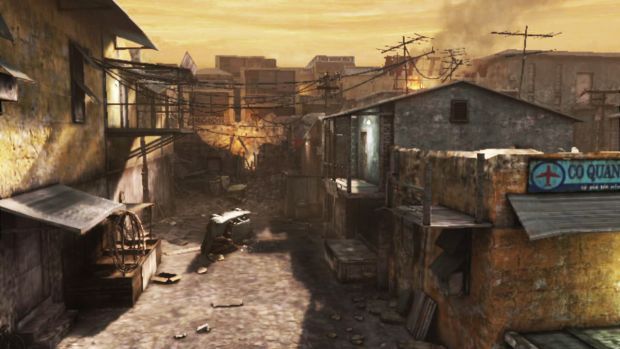 When you can get it to work, you’ll see how it apes its console brethren to a faithful degree. Everything you’ve come to expect from Call of Duty multiplayer exists in its most basic form — you have killstreaks, perks, and the ability to level up with weapons and unlockable loadouts. It more or less works competently — when matches work — but it’s not exactly compelling, still remaining quite shallow and formulaic when compared to offerings from every other FPS on the market.

Graphically, it’s a bit better than Burning Skies, but it’s not exactly pretty. Brown and drab, especially when compared to the effort Treyarch put into bringing some color to the series, it does nothing to show off the Vita’s capabilities — not that this studio’s ever done anything but make the handheld system look bad. At this point in time, Sony could have a legitimate lawsuit against the studio, because its efforts on the Vita could be seen as nothing short of industrial sabotage. 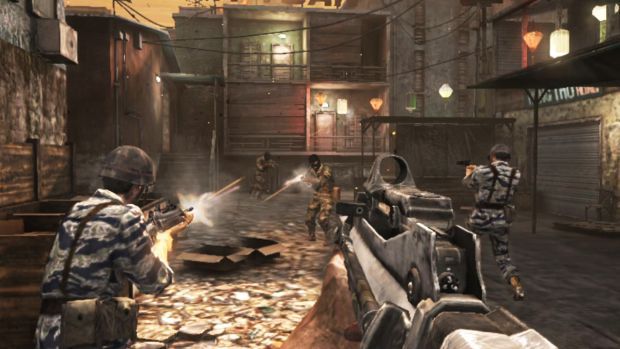 Reviewers have a bad habit of using superlatives, and it’s a habit I’ve been trying to break. A game like Black Ops Declassified makes such attempts all the harder, because calling it the worst PlayStation Vita game ever made, and one of the worst first-person shooters I’ve ever played, feels so damn right. It’s maybe worth buying as a source of cruel amusement, because I’ll admit that, after the fifth soldier committed suicide and yet more fell on their own grenades, I was legitimately laughing. In many ways, nStigate Games’ grisly sin is funny.

However, in many other ways, Declassified is simply sickening. As a $50 videogame bearing the name of the biggest franchise of the generation, this putrid pile of garbage disgusts me. It’s an unforgivable cheapening of the brand and a mark of total disrespect to the fans who’ll be suckered into buying it. Low on content, high on rookie mistakes and amateurish design, Black Ops: Declassified is an insult to pretty much everybody and everything in the videogame industry.

It should have stayed classified. Fuck this game.