I definitely want more, but not quite like this

A few years back, a bunch of us were collectively wowed by Bright Memory Infinite: a shooter that looked high-budget but was actually the work of a single developer. That narrative of excitement took shape and pretty soon it was on a lot of radars, ours included. Then came the prologue “episode.” Now, we’re ready for the full game, Bright Memory Infinite. 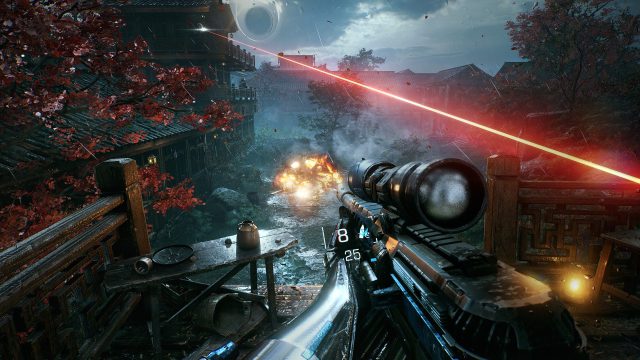 But let’s keep things simple: this is a review for Bright Memory Infinite, the full game. You may recall our review of “Bright Memory,” which came out last year. That was a prologue of sorts, clocking in around 30-45 minutes. This is a bigger game, lasting several hours. On PC (not Xbox), if you already bought Bright Memory, you’ll wake up on November 11 and find Infinite waiting for you. But enough about pageantry! Onto the game.

It’s a pure shooter, without much regard for a narrative. There’s an agent named Shelia, a black hole, and an evil general named Lin is involved. Oh, and some supernatural stuff. That’s pretty much all you need to know, as much of the plot is nonsense, not explained, or truncated. It’s very much a B-action movie, sometimes intentionally, sometimes unintentionally so.

Whether you use raytracing or not, Bright Memory Infinite looks gorgeous. And it’s not just the raw visual power. There’s a part where you’re running toward a firefight in an alley, and a giant black hole is centered in the sky: showcasing some of the wonderful level design and the framing. It also has a few action set pieces that are straight out of over-the-top ’80s and ’90s flicks, and things get even wackier once ancient troops come into the mix that look like they came right out of a Harryhausen film.

You’re not making friends with those monsters: you’re going to be cutting them down with a sword, psi-like abilities, and guns (a rifle, shotgun, pistol, and sniper, all of which have alt-fire modes). Smartly, FYQD funnels both melee and ranged combat into each other, as the sword is linked to a mana bar of sorts, and shooting fills it faster. So you’re constantly balancing the two, running in to get some quick slices (and maybe even a juggle combo), then diving back out. You’re also free to upgrade your abilities, your sword, and the alt-fire on your guns in any order through “reliquary” collectibles.

The quick dodge that Shelia has access to really helps Bright Memory Infinite‘s combat come to life, as you have full control basically at all times. It often feels like a dance, and you can adopt several approaches to situations depending on the landscape. If you wanted to, and didn’t mind the cooldown — and were great at dodging — you could use the sword most of the game; deflecting shots and melee attacks, leaping around everywhere. Leaping around is key, as some light platforming is required. Generous double jumping hides the janky design of a few areas, which is around the first time you’ll start to see the cracks of Infinite appear.

The prologue (again, Episode 1) keeps hammering it through your head that Bright Memory‘s core strength is combat. Unfortunately, the final build has moments where it deviates from that winning formula, and it doesn’t really put its best foot forward. The insta-fail stealth section where Shelia “loses access to her suit” is one big example that sticks out. It’s not particularly tough, and you could probably speedrun it in less than 10 minutes, but it’s annoying.

Although it has a few standout ’90s arena-style boss fights, many areas force you to kill a group of enemies before you can progress, in an almost comical fashion. Some of the slugfests actually make sense. Some of them will only let you crawl through a giant hole in a fence after you dispatch some goons and then are able to press the “X” button prompt to slip through. Given that Infinite is just a few hours long, these missteps hurt it way more. 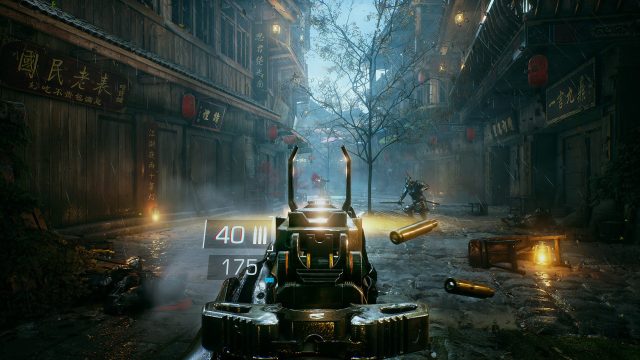 The glitches hurt it too. Most of them were minor outside of several crashes on PC when loading into a chapter, like other languages popping up on-screen (a few of these instances were fixed in a pre-launch patch), or the inability to turn down certain volume levels in the options screen. For controller users, the d-pad doesn’t work in menus, and the menus themselves can have navigation issues. You can’t seem to skip cutscenes, even on chapter replays. I also had weird checkpoint problems where I’d die in the middle of an objective, then load into another area past where I was. Again, it’s minor stuff, but it adds up.

Bright Memory Infinite gets in its own way, and occasionally takes the focus off of its strongest quality: the core mechanics. I wish that Infinite was just a full extension of the action-packed prologue and was a little more polished, as it would be easier to recommend. If you can deal with that headache, you might like it.