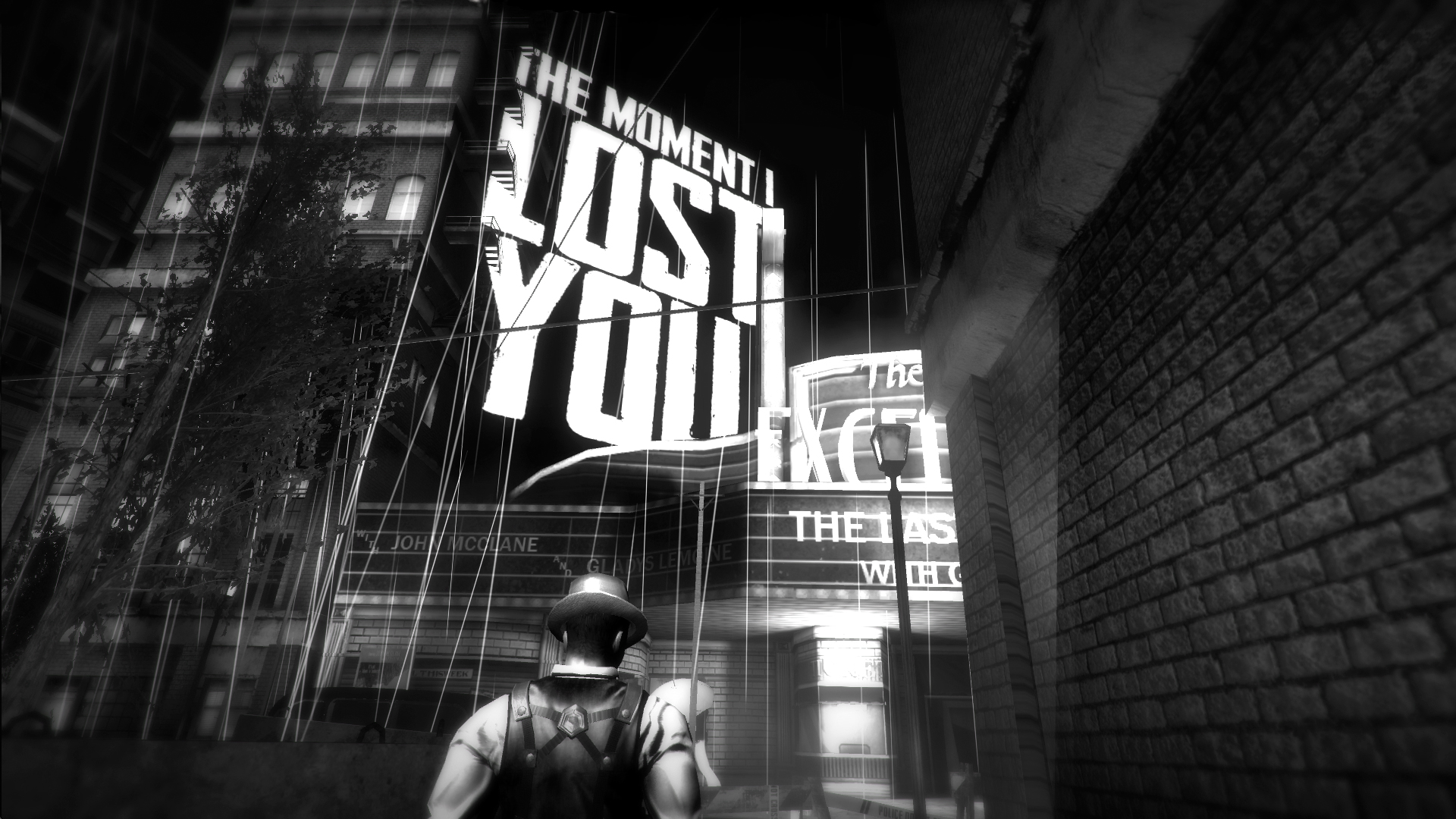 A mix of fantastic and insufferable

Blues and Bullets is a crime noir episodic adventure game that jumps back and forth between artistically stunning and unplayably dreary more times than I care to count. Over the course of a few short hours the first episode hooked me with a chilling introduction, then proceeded to bore me to tears before suddenly becoming interesting again.

This first episode is so poorly paced that I would not have finished it if not playing for review, but reaching the end I have hope for future episodes keeping me gripped.

The first episode of Blues and Bullets does a really good job of setting up an incredibly creepy mystery right off the bat. A child locked in an underground cell, a creepy scraping sound that chills the bones, and an attempt to escape an inhuman beast. The opening minutes of the game are decidedly unsettling and, when juxtaposed with the ensuing grounded crime noir elements, really serve to give a narrative hook to work toward.

From there, we jump straight into some of the more mixed elements of Blues and Bullets‘ design. The initial noir crime elements of the game are painfully slow. From the walk speed which never increases above an infuriating crawl to the automatic camera whose angles often won’t allow you to see where you’re heading, you’ll spend a lot of time guessing which way to go, being wrong, and having to achingly slowly trek back until you find where you’re going.

On the topic of speed, the dialogue in the game, while well written and performed, is also poorly paced. While the characters’ lines are delivered well, there are often awkward gaps between lines of speech, or between a sentence and a reply. While the dialogue is well written, these pacing issues really detract from the flow of tension-filled scenes.

The combination of awkward camera, dreadfully low walking speed, and stilted dialogue pacing made the first half of the narrative at times a chore to play, in spite of how much I wanted to enjoy it. That was a huge barrier, and one that would have turned me off if I were playing this for pleasure.

Still, there were things in the opening act of Blues and Bullets that were pretty noteworthy, namely the inclusion of third-person shooter segments. The inclusion of sections that required ducking between cover, taking shots, switching out weapons, and planning an assault on a heavily guarded mob boss’s home were particularly enjoyable. It’s nice to see a point-and-click adventure game have more of these traditional gameplay elements, even if the aiming was, once again, painfully slow.

While the black and white aesthetic of the world is generally striking, I was shocked at how poorly the game ran on a  decent spec gaming PC. For a game as visibly indie as Blues and Bullets, my PC frequently chugged, stuttered and flickered far more than I would have expected. In short, the PC version is horribly optimized.

At this point, around half way through Blues and Bullets first episode, I was about ready to give up. Then, it finally started to catch my interest with a visually captivating, highly abstracted visual design segment.

Narration became paired with giant looming words jutting from the ground, the word “hell” came accompanied by walls of flame and discussions of gunshots game paired with third person shooter sections darting back and forth between giant letters for cover. Suddenly, Blues and Bullets was doing something visually arresting. It didn’t last long, but it caught my attention far better than the general tones of grey the world had been painted in.

Following this, the narrative finally picked up by introducing a handful of those creepy occult horror themes from the introduction of the game. Walking around deathly slow is boring. Walking slowly around a room with a gruesomely mutilated human corpse feels far more tonally appropriate.

Ultimately, Blues and Bullets shows a lot of promise, but this first episode alone is very hard to recommend. In its latter half it really starts to shine, with third person gameplay, creepy crime solving, and an intriguing cast of characters. It’s just a shame so much of the early game was so painful to get through.

The first episode ended on a truly gripping exchange that sold me on trying the second episode, but the first episode in a vacuum is at times more painful to play through that any new IP can afford to be. Definitely keep an eye on Blues and Bullets. If Episode 2 can start off with the same pacing and tone that Episode 1 ended on, we might have a really strong point and click adventure series on our hands.