I ran to this Contra affair

I took one look at Blazing Chrome and was ready to play it.

I spent countless hours engrossed in games like Metal Slug and Contra, and I just don’t mean the classics, as more modern editions like Shattered Soldier and Hard Corps: Uprising are part of that conversation. Blazing Chrome will likely be remembered the same way one day. 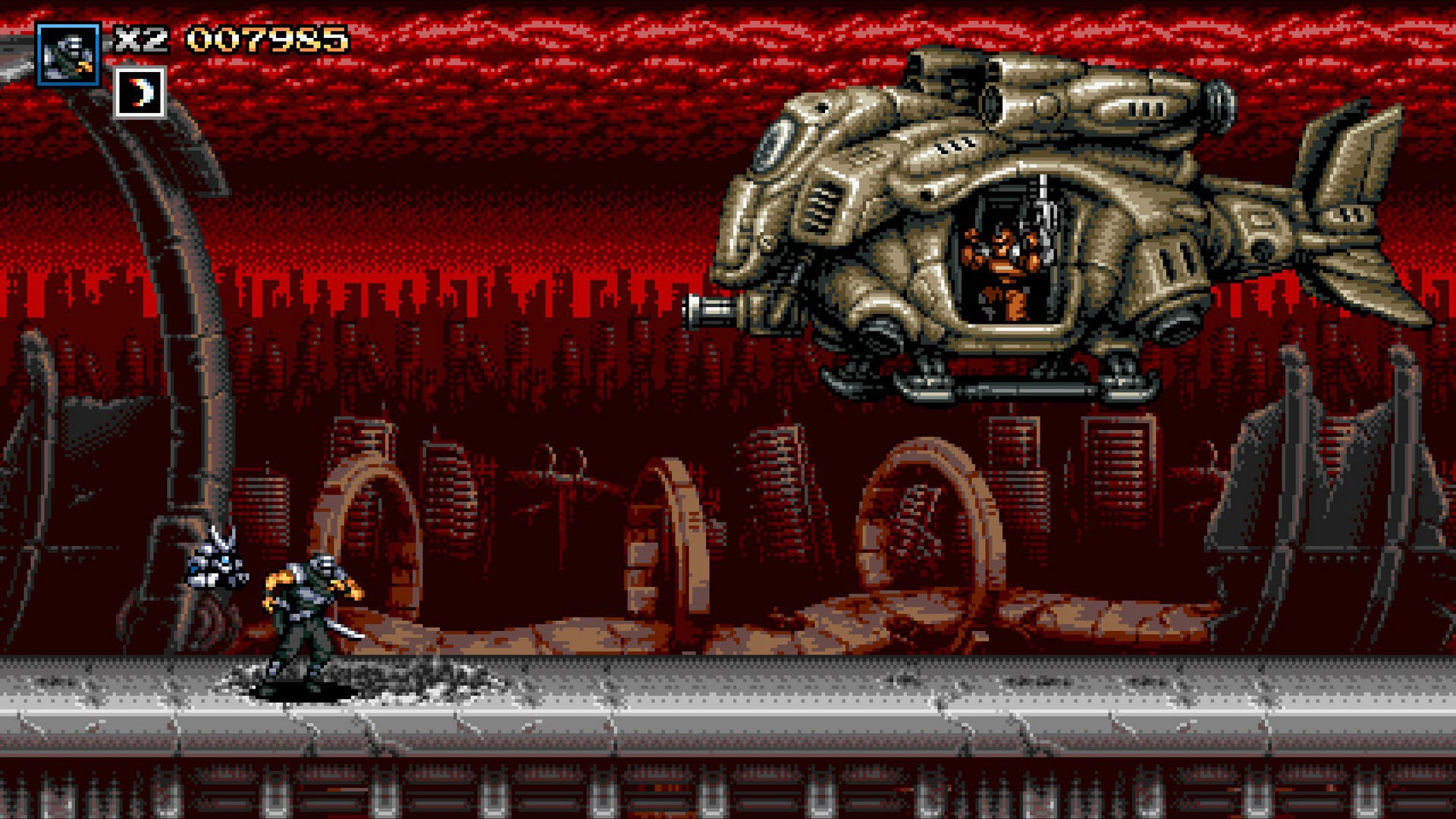 The first thing I did was head to the options menu and witness the multiple CRT filter selections: yeah, JoyMasher knows its audience. Blazing Chrome takes an equally old school route with its plot, thrusting us into a post-apocalyptic world where evil robots reign supreme. It even has that “a machine is on your team” vibe, like when Skeleton Warriors had that “good skeleton” that fought for the humans.

Mechanically, it’s also like something you’d see in that same era: you can move, go prone, and shoot (the shot key doubles as a melee slice if enemies are close). There’s also a button you can hold down to fix your aim (Metroid moonwalking style), mechs to jump in, bikes to ride in vehicle sections (similar to Battletoads), and upgrades to grab, which grant you anything from new fleeting weapons to shields, to double-jump speed boosting.

Melee goes a long way, and although it can be inaccurate at varying heights and against certain bosses (a worm comes to mind), it feels really good to frantically slash when a ton of bugs and robots are swarming you from all sides of the screen. You can really see the Metal Slug influence when those melee skirmishes are happening on-screen, even if the vast majority of Blazing Chrome‘s DNA is owed to Contra.

There are a few modern concessions though. Blazing Chrome is much more forgiving than those games on the default setting, as there’s multiple transition periods in each stage, complete with checkpoints: if you run out of lives on a boss, you’ll only need to run back through around one third of a level at worst. These transitions are also fairly exciting, with little events to spruce things up. Bosses are both impressive looking and lively, and are mostly of the alien and mech variety. The sound design is superb, as it has that perfect old muddled audio feel (including scratchy voices) and a great soundtrack that comes alive near the end.

Speaking of forgiveness, you can also see a concerted effort to ease players into new concepts without throwing them off into the deep end or being cruel for the sake of it. Whenever there’s another idea afoot you’ll typically get a chance to experience it at least once in a safe zone of sorts before Blazing Chrome really puts the hurt on you (yes, I mentioned Battletoads because there is a biker portion with hazards). It can get overwhelming, but it nearly always feels fair. It can be tough to acclimate to the one hit death concept at first, but after around 30 minutes it’ll all make sense if you pay attention to what the game is teaching you.

It’s not a huge game, but there’s plenty to do if you buy in after that first run. There’s four levels to do in any order, then one final hurrah, as well as easy, normal, and hardcore modes to tangle with. Then there’s a mirror mode that flips entire levels, a boss rush gametype, and two melee characters (who can air dash and have different attack patterns) that are all unlocked after completion. Now that full equation, once unlocked, really feels like a different game. The melee characters are so different from the base lot, mirror mode is different enough, and the hardcore difficulty is really tuned for a retro audience. Even on normal though things can get crazy: my first final boss kill was by the skin of my teeth.

With Blazing Chrome you kind of get what you get: it’s an hour and change shooter that pays extreme homage to the Contra series. JoyMasher has already proved that they “get” the bygone eras of retro gaming with Oniken and Odallus, and now they have yet another triumph to add to their resume.