The Wheel of Fate keeps on turning

If the pacing of Street Fighter was baseball, and Marvel vs Capcom 3 was basketball, BlazBlue would be a free-for-all cage match match between two over-caffeinated nine-year-olds.

And I mean this in the most endearing way possible. 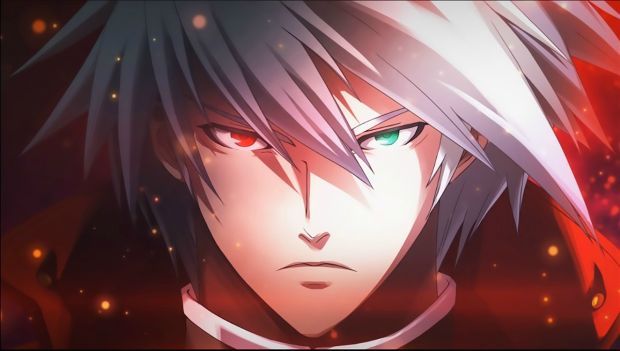 For those who aren’t in the know, BlazBlue Chrono Phantasma is the third game in the BlazBlue series, and is treated as a sequel to Continuum Shift. Like past entries in the franchise the mechanics of the game are deceptively simple — there are three normal attacks and a special button — that’s it…at first. Then you add in the fact that every character’s D (special) button is completely different. For one character it might summon a doll player to fight along with the player, it can summon satellites that will populate the screen and fire lasers, or push and pull your opponent around the stage — talk about diversity.

The creators have talked about making mastering each character feel like its own game, and that’s very true, since you cannot just pick up and play anyone at a decent level. Once you start to really play a character and learn their nuances, it really starts to pay off and feels rewarding. There is also simple control set called “stylish mode” where beginners can string together combos by mashing buttons and even auto-block to some degree. This mode, however, will not be at all effective against players who know what they are doing.

The game is heavily focused on offense. In some fighters characters may turtle the majority of the game while readying charge moves, whittling down the clock as much as opponents health, but in BlazBlue you are in fact punished for holding back too much and become more vulnerable to attacks. In Chrono Phantasma they have also removed gold bursts, and added a new mechanic called Overdrive that makes your character stronger based on how much life they are missing. This kind of all-out offense is fun to play and even more fun to watch at a high level, and is unlike almost any other fighting games out there. 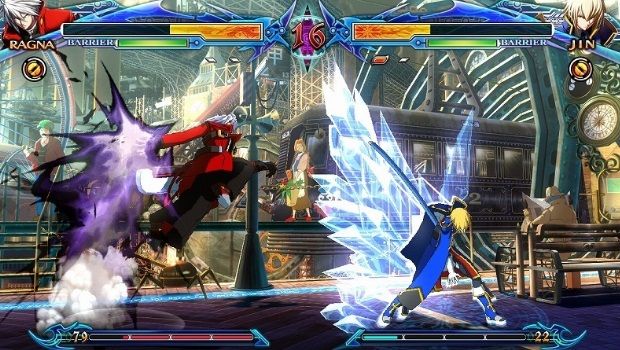 All existing characters have received balance updates, but early reports out of the Japanese version of the game call for another update citing that the character Kokonoe is overpowered beyond comparison, and is even being banned in some tournaments. Seeing a broken character that you have to pay for is a pretty bummer move at this juncture, unless Arc System Works replies with a swift patch — which is reportedly will do in May.

The story mode is where the biggest changes in the game have occurred. The previous titles have featured individual stories for each of the characters, but those have been cut down in size and moved to the arcade mode. Now there is one main canonical story that features all of the characters and plays out more like a visual novel.

There are three branches following three separate teams through as they go on a very anime  styled adventure to stop the resurrection of some sort of mythical beast. I played through story mode, but ended up skipping most of the hours of dialogue to play the dozen or so fights stitched together by Kojima-level cutscenes and interactions. As if sitting through hours of story in a game that is all about moving fast and quick, amazing battles, there are many instances of branching dialogue where if you pick the wrong option, you sit through a “bad” ending and have to play it again.

The roughly few hour long story mode concludes with a very tedious boss fight that you have to repeat three times. I won’t spoil what it is, but if anime has taught me anything it’s that if someone is trying to revive some sort of ancient evil, it doesn’t really matter if it gets revived at all — because our heroes have the power of friendship on their side. If it seems strange to be so critical of a fighting game’s story mode, I am doing so for two reasons. First, you have to play though all of it. At least if you want to unlock the last character; something that hasn’t been fun since Super Smash Bros. Melee. You also unlock a second mode where you get to fight that very tedious boss, but he’s even stronger.

Second, Arc System Works did a great job with the story in Persona 4 Arena, and that attention to detail isn’t reflected here I’m not just talking about the content of the story (since the source material for P4A is far more interesting), but also how it is presented. This all being said, if you are very excited to see what happens next in the BlazBlue timeline, there’s a lot waiting for you here. They have also included a “Teach Me, Miss Litchi!” mode where you can get caught up in the story. The music however is excellent, containing arranged tracks that stay true to the series. 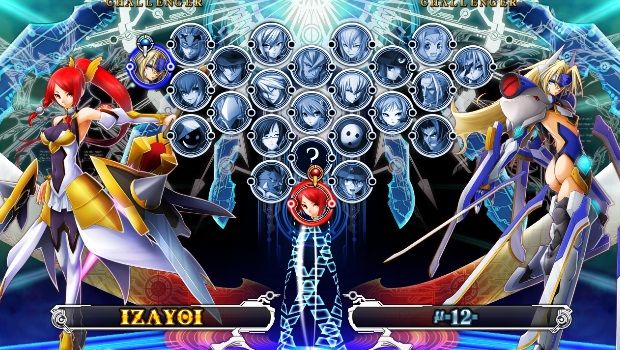 Beyond the story, arcade and regular versus modes, offline mode includes Abyss mode and the Unlimited Mars gametype. In Unlimited mode players must fight ten powerful “unlimited” characters — that’s about it. Abyss mode is a longer mode where you must choose a character to fight through increasingly difficult opponents to reach the bottom of a pit. You can level up various aspects of your character along the way, making them faster and stronger. This mode has a lot of potential to be a fun way to play offline, which is rare in fighting games. In regards to the standard gametypes, the quality of the netplay is among the best I’ve ever played for a fighting game, and I had exactly one laggy match against an opponent with poor latency — that’s it.

This game is pretty much exclusively made for those who already enjoy the BlazBlue franchise and want to continue playing with new and refined characters. BlazBlue: Chrono Phantasma offers things like Stylish Mode and an incredibly comprehensive tutorial that not only teaches BlazBlue tactics, but also fighting game fundamentals. Unfortunately people looking to get into a new fighting game will have trouble both catching up and caring about the story, struggle to pick up and master one of the game’s crazy characters. Arc System Works have improved on their formula at its core, but failed to make the package more appealing.