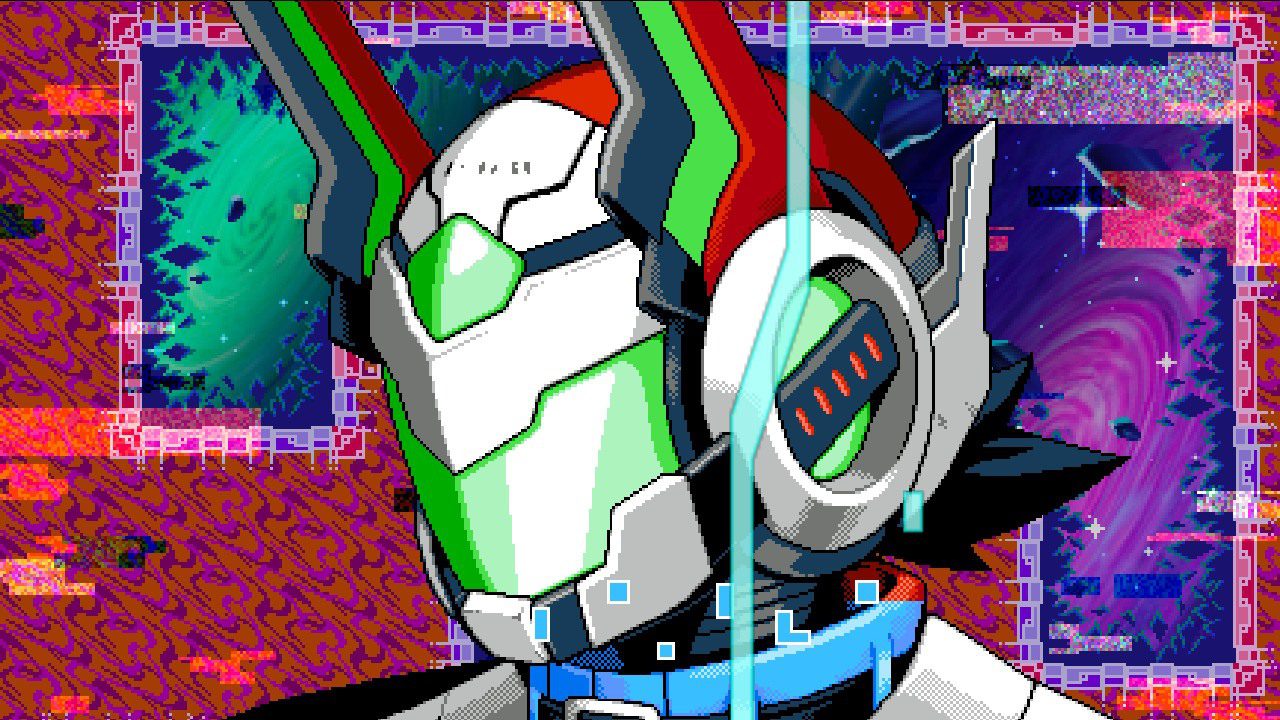 Blaster Master is a series that’s near and dear to my heart, mostly because of the impact the 1988 original had on me. Being able to swap between 2D traditional platforming and top-down on-foot sections was mesmerizing, and beating it felt like a triumph. The Blaster Master Zero series by Inti Creates has significantly cut down on some of that retro-flavored frustration (for good reason), and added a bit of their own signature sauce into the mix. It’s hard to believe we’re on Blaster Master Zero 3 at this point.

It’s been a ride watching this animefied version of Jason evolve, but I think the release of the third game is the perfect time to end this saga.

After watching the recap and reminding myself of the past antics of Jason and his friends, I thought I was prepared for what awaited me in Zero 3. Nope! The story is kind of out of control at this point, with mixed results. We’re still mostly following Jason as he pilots his modified Sophia tank, but now he’s marooned and captured on the planet Sophia and all bets are off. There’s enough “wait, you’re still alive?”, “whose side are you on, anyway?!”, and mutant clones to fill a football field.

Of course, a series about a boy who drives a techno-tank and befriends a mutant frog was always a bit askew, and the original Japanese edition of the game more closely followed the epic war on Sophia between Kane and the evil Goez. The new Zero line has wonderfully crossed these two storylines over, but there’s a lot of babbling to wade through. If you’re a Zero lore nut, the good news is there’s tons of dialogue full of little tidbits that shed more insight into this universe.

The thing is, for me, I was thrilled at the prospect of starting over with the first Zero, but my interest waned a bit over time. Seeing where Inti Creates could go, and how the reimagining could diverge from the source material was a fascinating prospect. In retrospect, some of the choices they made earlier were going to make it tough to really secure a payoff. While they’ve delivered on some fronts, a few story beats didn’t really land for me. The good news is that Blaster Master Zero 3 is mostly an action platformer, and you can skip through most of the story scenes if you want.

Zero 3 strikes a very familiar tone, marrying classic 2D sidescrolling platforming sections with top-down shooter action. The whole “I lost my equipment from past games” trope is out in full force, but it’s totally excusable here and even has a story-based justification for it. It also leads us down a path of unique upgrades, some of which take advantage of the new dimensional rift gimmick. There are a few tweaks, like a jetpack for on-foot Jason, a very generous counter/sword slash mechanic, and a VRV (vision reversal visor) toggle for the aforementioned rift system — but for the most part, the core is the same as it has been in the prior two games.

What’s especially neat is the flow of combat. By slamming down into the ground from a high point with your Sophia tank, you can recharge your energy reserve, which is used to hover and pay for special weapons like missiles, or puzzle-solving tools like electricity blasts. The on-foot sections are especially dynamic in the sense that you have a selection of weapons to choose from (like a wave blast that goes through walls, a short-range whip, or a lock-on tool), all of which need to be wielded to best some puzzle sequences. The smooth animation of Jason’s dodge is also very stylish while keeping its effectiveness intact.

Even though I vastly prefer the on-foot sequences, Zero 3 does a decent job of balancing the give and take of its tank platforming and vehicular action pacing, as you really start to find a groove of when to use each ability or Sophia power when the situation arises. The spider-treads are a perfect example, as you can use them to get past obvious sequence-halting areas, or to walk over poison water without submerging your tank.

While the action/platforming is fun in both systems, several portions feel extremely linear to the point where I was sleepwalking through tunnels with sparing enemies just to move on and hope the next area was more exciting. Bosses are surprisingly plentiful, but a few of them have the same vibe as those same simplistic zones, and are just going through the motions of a few greatest hits retro enemy concepts. Inti Creates is generally known for their memorable boss fights, but there were a handful in Blaster Master Zero 3 that I’m struggling to recall.

Despite some gripes, the legacy of this trilogy is fully secure. Inti Creates can kind of keep making these types of platformers indefinitely, and I’d keep playing them. But in the case of Blaster Master Zero, at this point, it’s totally OK for them to take a break. So long as we keep getting mainline Gunvolts, Curse of the Moons, and maybe another Mighty Gunvolt Burst.