Bladestorm: Nightmare is not a Dynasty Warriors game.

That bit of information might be good or bad news, depending which side of the fence one falls on with regard to Tecmo Koei’s long-running brawler series.

At the same time, though, the game does manage to capture just enough of the essence of Dynasty Warriors to drive away those who dislike it, while disappointing those who come in hoping for a more conventional entry into the franchise.

Which is a shame, as despite being an almost eight-year-old design, Bladestorm still has a few tricks its more popular cousins could stand to crib. 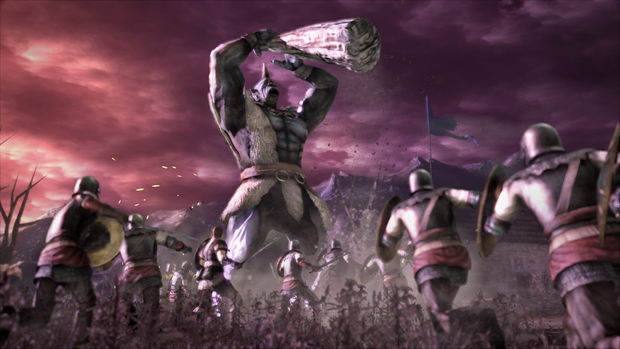 [Note: Screenshots used in this review are taken from the PS4 version of the game.]

As an aside: this game, based on 2007’s Bladestorm: The Hundred Years’ War, is one of the weirdest choices anyone could’ve made when deciding on which games to add to the growing number of “remastered” titles popping up on current-generation consoles and PC. Despite initially generating excitement among the Dynasty Warriors-loving crowd as a long-desired European-themed entry to the franchise, the original game came and went without much comment. That was thanks to its odd-duck design, which even led Jim Sterling, a much bigger Warriors fan than yours truly, to call it a real-time strategy game in his review.

I’m not quite as inclined towards that drastic recategorization, but ol’ Jim does have a point: Bladestorm is, for good or ill, of a more thoughtful mind than most of Omega Force’s  offerings. Indeed, whereas typical Warriors games take history’s leaders and convert them into armies unto themselves, Bladestorm takes the player and molds him (or her) into a leader of their own squad of troops. If Dynasty Warriors is about being a human Cuisinart, Bladestorm attempts a wartime version of Katamari Damacy. More on that in a bit.

Bladestorm: Nightmare comes with two main modes. “The Hundred Years’ War” mode is essentially identical to the original 2007 release, aside from graphical/mechanical tweaks, and drops player-created mercenaries — or “merthenaries” to hear the comically bad European-accented voice-acting say it — on the battlefields of medieval France. There players can work for the French or English factions, supporting one or the other as pay and scruples dictate. They’ll interact with luminaries of the era like Edward, the Black Prince, Philippe the Good, and Gilles de Rais, and participate in key engagements like the Battle of Crécy and the Siege of Calais.

The second mode, “Nightmare,” is a more linear, scripted campaign set when a monster invasion interrupts the Hundred Years’ War, forcing France, England, and the merthenaries they employ to ally against hordes of hellbeasts commanded by none other than Joan of Arc herself. Interestingly, though Nightmare mode is clearly designed to be played after finishing off The Hundred Years’ war, players can switch between the two freely, with progression data like levels, money, equipped gear, and distributed skill points carrying over with virtually no restriction.

Graphically, Bladestorm works best on newer hardware. Aside from the added special effects and improved draw distance and environments, the frame-rate drops that I experienced on the PS3 are absent on the PS4 version. Additionally, the Nightmare campaign on PS3 is prone to drastic loss of frames as well, likely due to the much larger squad sizes and the hordes of monsters. 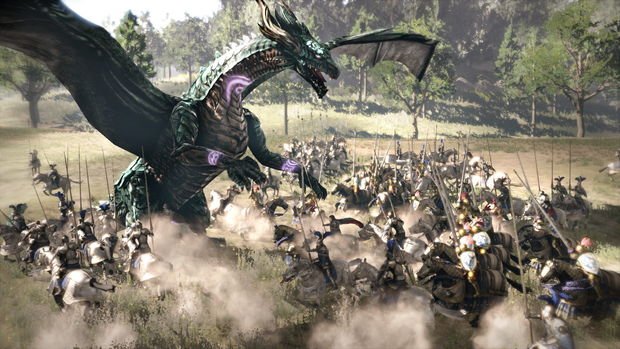 Both modes essentially boil down to an expansive form of territory control. Each of the battlefields is divided into numerous forts, towns, and castles defended by allied or enemy troops. Most missions (“contracts” in merthenary lingo), particularly in the more open-ended base campaign, will task players with conquering one or more settlements by killing off their defenders and beating their commanding officer. The bigger the settlement, the tougher the commanders, and some particularly large castles are basically defended by mini-boss enemies with distinct attack patterns. In Nightmare mode, those defenders can even include dragons, cyclopes, or grim reapers.

Doing the killing involves taking command of a squad of troops. Though broken down roughly by weapon type, each soldier type is unique, with strengths, weaknesses, and a set of special attacks mapped to the face buttons. Players can pick up or drop squads they find in the field, or summon reinforcements directly. New to Bladestorm: Nightmare is the ability to create multiple squad leaders, commanding them separately via the battle map or attaching them to a personal unit as a bodyguard, ultimately allowing for up to 200 troops to move and act as a single unit, rolling everyone in the way (hence the Katamari analogy). 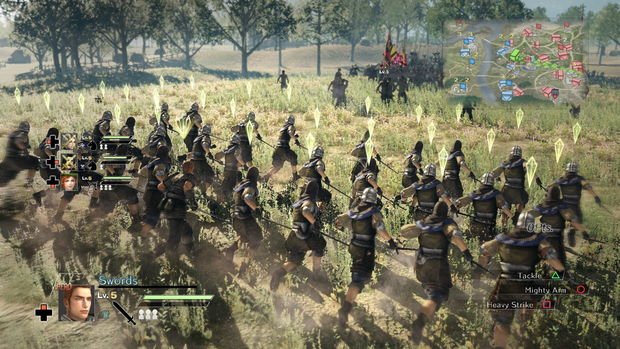 This type of of structure provides Bladestorm with the same kind of dynamic as the typically more action-oriented Warriors games. Like in those titles, players in this game are often “fire-fighting,” moving as quickly as possible between crisis zones, keeping scores and rewards up by plowing through everything along the way.

Though ultimately shallow, Bladestorm‘s battle mechanics do lend the game an impressive sense of scale, particularly when playing as a cavalry leader. I must have done it hundreds of times in my hours with the game, but it never gets old to trigger a charge and flatten dozens of enemies under the hooves and lances of your soldiers. It also never gets old to watch horses slide across the ground like they are hovercrafts, a testament to how rough-hewn the game can be at times. Balance issues are also a concern, as properly leveled cavalry units basically trivialize the whole game except at the highest difficulty levels. I’d actually be more mad that cavalry are so overpowered if they weren’t already the most fun class to play, but that’s neither here nor there. 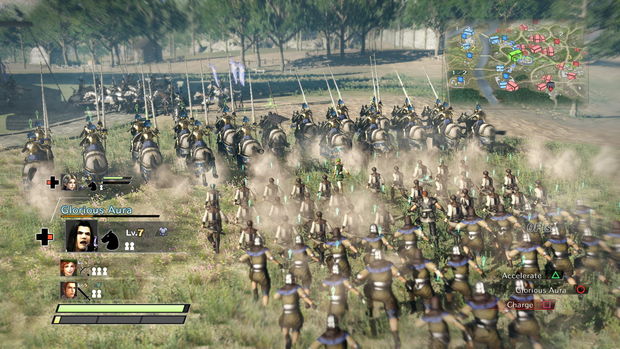 Bladestorm: Nightmare isn’t a Dynasty Warriors game, but it doesn’t aim to be, and still ends up being good time when taken on its own merits. In fact, it’s a little ironic that its unusual qualities doomed the original release commercially, but help this new release feel much more fresh and engaging than even the latest “core” franchise entries.