Nintendo’s lighthearted yet fiercely competitive “think fast!” puzzle series Big Brain Academy was deemed fit for duty again, and it’s back with a new game on Nintendo Switch. It’s a trend we’ve seen a bunch on this system. As someone who missed the DS original and its Wii sequel, I had zero expectations for Big Brain Academy: Brain vs. Brain.

With that said, I’m as surprised as anyone to say that I kind of… love this game?

The main hurdle for most mini-game collections is longevity — whether or not they can keep you coming back regardless of how fun or fleeting they might initially feel in the honeymoon period. While I can’t make any bold predictions, after a long weekend with Big Brain Academy: Brain vs. Brain, I’ll say this much: I’m already more invested than I ever was in WarioWare: Get It Together, and I thought that game was a pretty good shakeup.

This is particularly surprising as someone who, again, doesn’t have prior experience with Big Brain Academy during its prime and has only really messed with the more “serious” Brain Age. So while I can’t personally speak to how Brain vs. Brain evolves these kinda-sorta educational challenges, I can at least speak to what it’s been like as a new player.

If you’re a returning champ, one look at the trailer (or the demo) should conjure up fond memories. You’re going to recognize many of these puzzle concepts. Brain vs. Brain is once again dealing with logic, memory, math, and visualization, where the goal is to choose the right answer as quickly as possible until the timer runs out. Then you’ll get a score, and some coins (that add up to dole out silly random outfits), and immediately try to do better.

For me, it comes down to the games — are they fun to master? — and the rewards — are they enough of an extra nudge to keep me playing for weeks if not months? The first answer is a clear yes, and while the second remains to be seen, I like the odds so far.

One game might show you a heavily pixelated or zoomed-in giraffe — or is it a deer? — and give you four choices to weigh as fast as your mind and fingers can go. Another game could show you a series of numbers for a split second, then ask you to repeat it back.

Others include a frantic whack-a-mole challenge with objects to hit (and avoid), a shuffling memory game with Too Many obscured birds in cages, and shadowy objects made of deceptive bits for you to piece together. There are 20 mini-games, only a couple of which I could do without. As rudimentary as they might seem, the time pressure — and rising difficulty when you get enough correct answers in a row — ratches up the excitement.

To loosely sum them all up, it’s a battle of reflexes, knowledge, intuition, and nerves. I couldn’t help but laugh at some of my personal peaks and valleys as I learned the tricks only to suddenly start playing worse by inadvertently overthinking things and psyching myself out. There’s also the “good night’s sleep” factor — don’t underestimate it!

Part of the fun of Big Brain Academy: Brain vs. Brain is trying to top your high scores for medals (up to platinum). There’s also real-time multiplayer with up to three other local players, and a one-on-one clash with “ghosts.” The ghosts can be based on random online players (if you have Nintendo Switch Online) or your actual friends and family. In both cases, the effect is human-ish enough to feel competitive — you’ll see very natural-looking imperfect cursor movements, for instance. I also love the customization options.

You can really deck your character out with goofy clothing and even otherworldly skin tones, and there’s an extra bit of flair with your chosen “catchphrase” and “occupation.” Going down the lineup of random ghosts one by one, watching my global rank climb, and consistently earning coins for more cosmetics has been a powerful draw. It’s addicting. 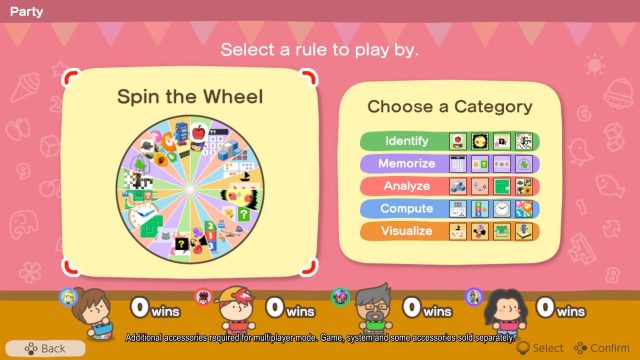 One of the most commendable aspects of Big Brain Academy: Brain vs. Brain that hasn’t applied to my situation yet but will absolutely be a game-changer for a lot of people is the ability to customize everyone’s initial difficulty level on a player-by-player basis. As in, parents and children can genuinely compete, as can gamers and novices. The end result feels fair and exciting, not watered down. This is above and beyond what I’ve seen in other competitive multiplayer games. It’ll be fantastic for families with a wide age range.

In terms of real-time multiplayer, you can “spin the wheel” to land on anything or choose to focus on your favorite categories with local players; you can use gamepads or the Switch touch screen, though the latter is bound to be preferable for most games due to speed and accuracy. If you’re rolling with four players, you’ll need Joy-Con and/or Pro Controllers. If you’re sticking with touch controls, only two players can go head-to-head.

Worth adding: in the “solo” mode — where you’re either taking a test to measure your Big Brain Brawn and earn a grade, you’re facing players’ ghosts, or you’re trying to earn medals for each game in Practice or Super Practice — you have your own hand-made character. So two users on one Switch can earn their own headwear, accessory, and clothing unlocks for their avatars, and also have different completion data, which is ideal. 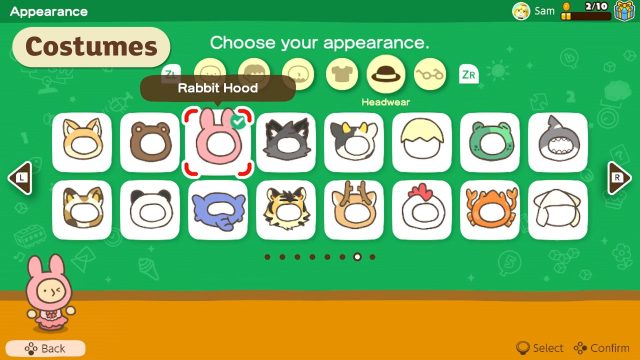 While I think the price is spot-on, I do wish some of the old game types returned in Brain vs. Brain (I’m skeptical we’ll see any DLC), and it’s a shame you need a Nintendo Switch Online account to compete against strangers’ online ghosts (though you can at least face your “family’s ghosts” without one). At this point, I prefer brooding asynchronous skirmishes over loud real-time battles. There’s joy in silently one-upping each other.

For as simple as the challenges seem, the stakes sure feel high when you’re racing to get the most points and every wrong answer feels like a tragedy. I didn’t expect to get this swept up in Big Brain Academy: Brain vs. Brain, but it has become an honest-to-goodness competition in our household. These are the bragging rights to end all bragging rights.