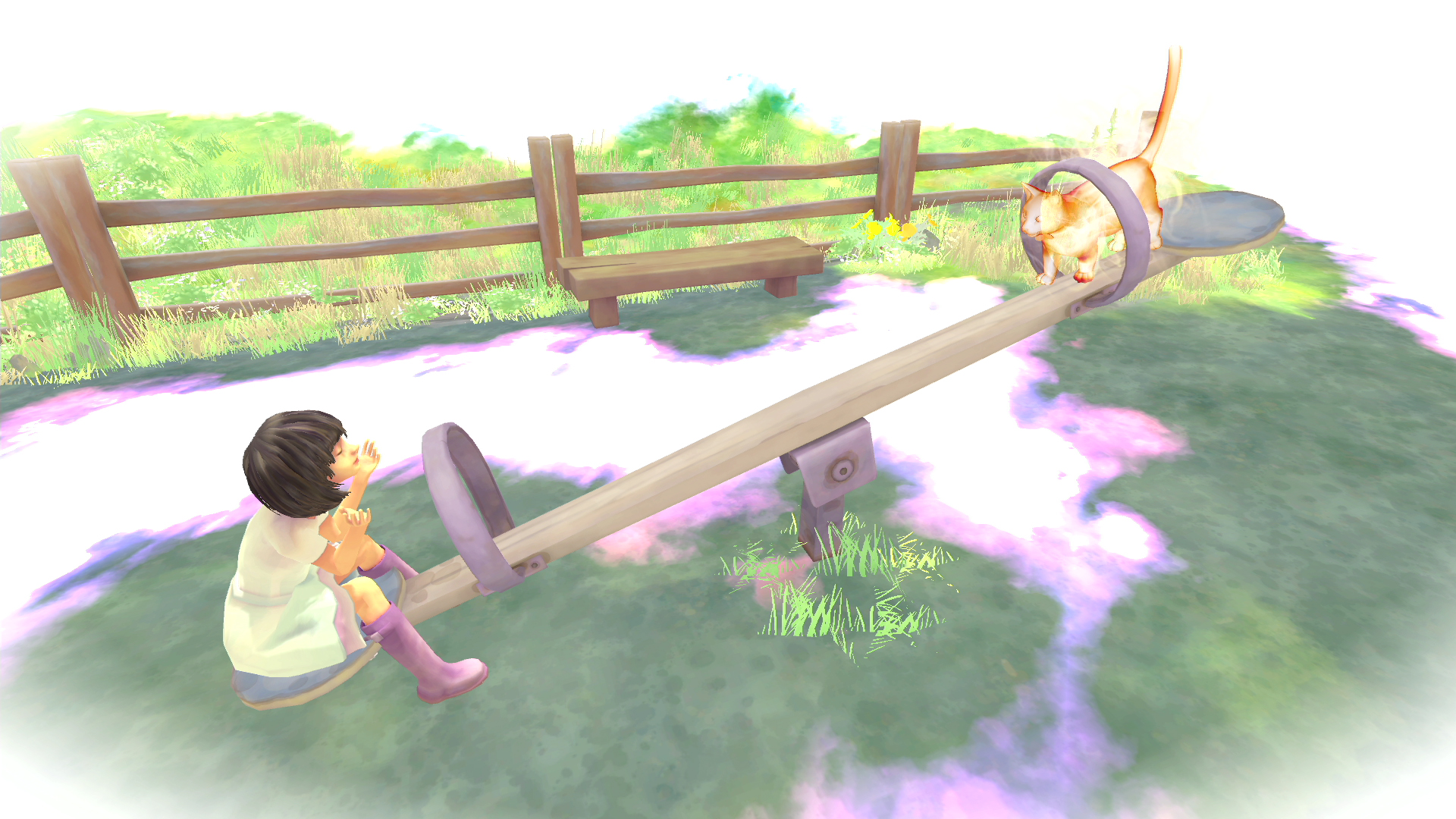 If you know me, you know I yearn for diversity in games and new experiences in general, which is why I jumped at the chance to review Beyond Eyes. It has people of color, the main character is blind, and the art style is beautiful.

I just wish the devs would have done more, all this wasted potential.

Rae is a young girl playing with some friends and fireworks when something goes wrong, causing sparks to fly into her eyes and permanently blind her. Her friends move on with their lives, leaving her alone with nothing but her thoughts to keep her company that summer, until a friendly neighborhood cat shows up. Rae quickly befriends this cat and names it Nani. It comes and goes as it pleases and eventually just stops showing up, prompting Rae to journey outside of her home to try to find her feline friend.

It really is never explained how little or much Rae can see, though I was lead to believe she could see a very short distance around her due to the way the graphics paint themselves in as Rae moves. You can be considered legally blind — in the United States at least — and still be able to partially see, so perhaps she is in that murky area?

As Rae slowly walks the world will paint itself in around her in an extremely beautiful water color-esque way, which I’d imagine is a visual representation of how Rae sees the world or at the very least perceives it. As birds chirp, dogs bark and other sounds are heard, Rae visualizes them, providing clues as to where to walk.

Walking is really all there is to Beyond Eyes, with maybe three or so presses of an action button: better known as a walking simulator. At one point a young girl tosses her ball out of reach and asks Rae to find it, which really is kind of an asshole thing to do to someone who is clearly at the very least visually impaired. Rae walks around with her hands out at times so she can feel for objects that she may collide with, so it isn’t exactly hard to figure out that she is blind.

It isn’t like there is a whole lot of story in Beyond Eyes either, it could be summed up as “Girl gets blinded, girl befriends cat, girl searches for cat after it stops visiting.” The whole thing was over for me in an hour and a half, though I missed most of the achievements that are seemingly just there to encourage more exploration thus extending play time.

There really just needed to be more of everything: more story, more to do, and more reasons to do it. With such a beautiful art style and such a unique character Beyond Eyes had a chance to be something really special but instead it just feels like walking past a beautiful painting, as it is over in the blink of an eye.

You’d be better off visiting your local art gallery than spending full price on this, so give it a pass until it eventually drops in price.