Detention was my favorite place to be after school. I was a bit of a smart ass back then, which I suppose hasn’t changed much, and my mouth got me into trouble more often than not. I frittered away a lot of my time goofing around, and frankly, the struggles I am having as an adult to transform myself into useful pond scum from the bottom feeder I am shifting away from reflects that. But, in my first year of high school, I didn’t mind. Because for whatever reason, they let us use the computer lab for detention in the hopes that we would get some work done. But the second no one was looking, which was most of the time, I’d be playing Battlezone.

The original Battlezone is much older than I am, originally released in 1980. It’s pseudo 3D line graphics and first person view were certainly not impressive by the time I was playing it on a computer monitor in the early 2000’s, but there is an addicting charm to the game and its simplistic abstraction that feels timeless to me. As long as the game is fun, I can get just as engaged, even moreso, than something with photorealistic graphics, and I played Battlezone a lot.

The remake of Battlezone that came out in 1998 was essentially the diametric opposite of everything I just described. In fact the only real thing it had in common with the original was the presence of tanks. Battlezone ‘98 was a real time strategy game crossed with a first person vehicle shooter, emphasis on RTS. It was quite well liked upon release, and in February 2016, was remastered for Steam as Battlezone 98 Redux. It’s sequel, the 1999 Battlezone II: Combat Commander did not garner the same praise. It was a bug-ridden affair that was too demanding for most systems at the time, although it did have its followers and the modding community behind it.

I was excited to try it after missing out on Battlezone ‘98 and its remake, despite being unfamiliar with anything past the original Battlezone. I will say this right off the bat; despite being a modernize remaster, Battlezone: Combat Commander is a game from 1999 available on Good Old Games and Steam with a bit of an up do, and all the fiddly bits that come along for the ride. 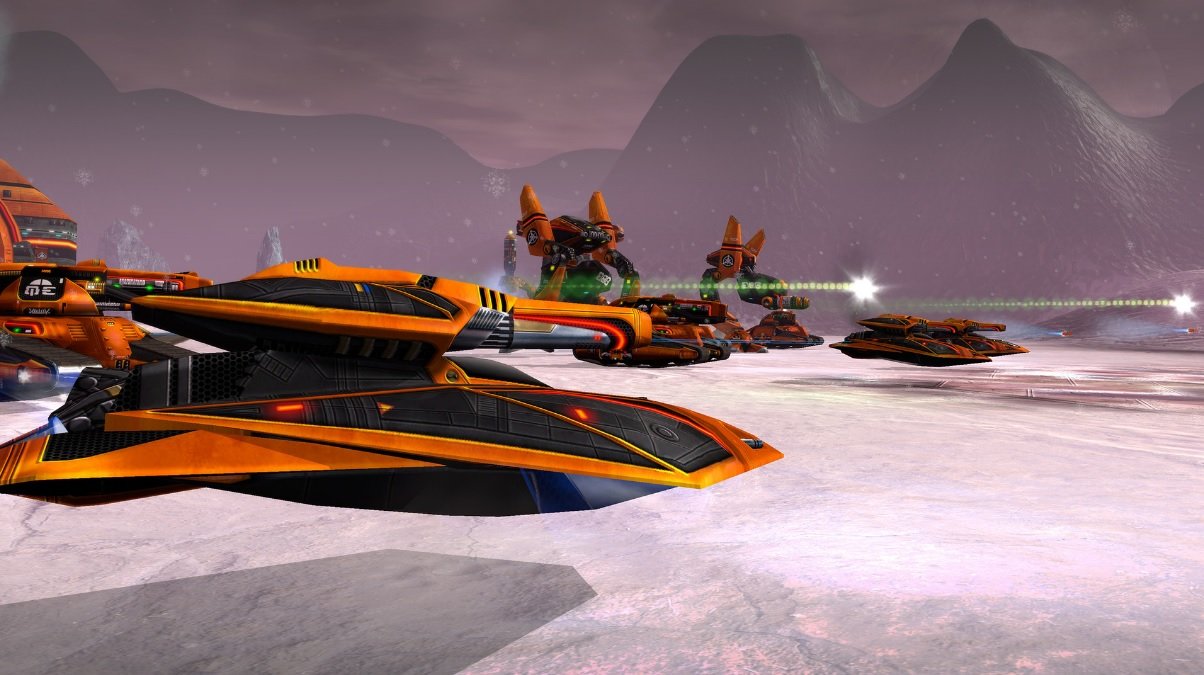 PC games in the nineties were insanely creative, weird, interesting, and often very difficult to get running properly without the latest hardware. Combat Commander initially starts out as a relatively pedestrian shooter affair. In the introductory missions to the game, the mechanics are slowly doled out as the narrative progresses. Initially you will deal with a few minor firefights, learn how to get out of your vehicle and look at nav maps, and how to control other units in your ranks with the simple hotkey based command system. This is not a separate tutorial; this is simply how the game plays out until you are eventually familiar with all of its functionality, and it doesn’t hold your hand at all. You are still expected to succeed and complete your objectives, and the mission will end if you fail. It’s a game from a different era to be certain, but I personally prefer this method of familiarizing players because it doesn’t feel like a separate, artificial task needs to take place before you are enjoying the game.

And what a game it is. There are numerous things that annoy me about it, to start. The first-person, out-of-tank shooting is cumbersome and frustrating. It lacks the fluidity of an FPS game, making it feel like you are stuck up in another, clunkier vehicle type. It is necessary to save your ass if your tank gets blown to bits, and allows you the time necessary to hop into something better, as well as maneuver through tighter spaces on the occasions where that is necessary, but it simply feels bad and I couldn’t wait to get into the cockpit of something every single time I had to go on foot. The A.I. is troublesome and often stupid, causing units to sometimes have trouble getting where you send them in an efficient manner which often resulted in unnecessary unit losses. And there are bugs — quite a few bugs, one or two which caused me either major setbacks, or losing a mission entirely. Not much fun when that happened, but it wasn’t very often.

The game works like this; after the first half of the game, which slowly unlocks the mechanics piece by piece, you typically start with a few basic units, set up a base, start mining resources, and complete mission objectives while attempting to build up your army and defend yourself from attacking threats. It was a pretty novel concept back in the day, although an earlier game called Uprising: Join or Die by Cyclone Studios actually did the exact same thing a year earlier. I remember being blown away by the prospect of getting into one of the units on the battlefield and being part of the action. Today, and especially after playing Combat Commander, I have figured out why that mechanic doesn’t necessarily always work, and is a lot more interesting in theory than in practice.

For one, it’s cumbersome. You have a ton of different, not always logically laid out hotkeys that need to be remembered. You need to refer to a minimap and larger navigation map while also trying to maneuver your own unit around the battlefield, so it can be hard to understand at any given time what is going on spatially. Early on it’s not bad, but once you start commanding tons of units at the same time, things can get a little arduous. Having complete control makes you feel like a badass commander, but personally speaking, I feel like you never get the sense of complete control over the battlefield that you would in a traditional top down RTS, and that was occasionally hard to deal with. 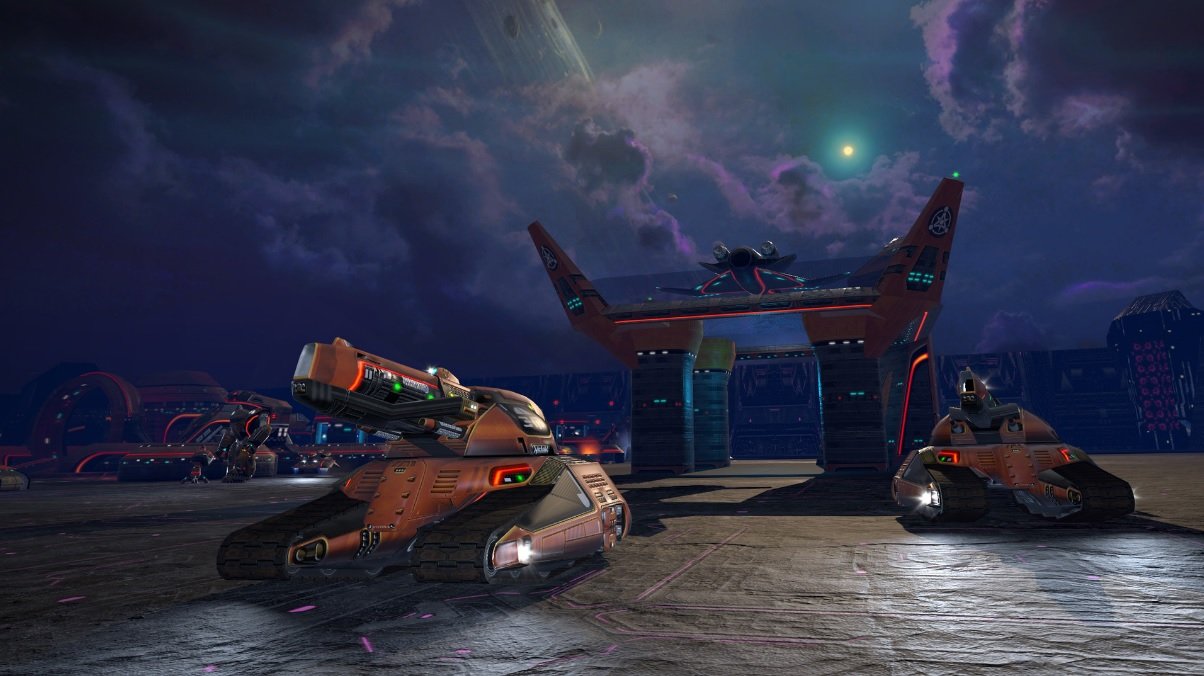 Battlezone is at its best in combat situations. The way your vehicles move and fire and the various weapons at your disposal are all extremely satisfying. Firefights are tough, tense affairs, and the dynamic terrain makes for some interesting battlefields which lend meaning to some of the less direct weapons such as mortars. Whenever I was in a tank blowing up enemies, I was having a blast with the game. I’ll be honest; I’m a simple man. That’s usually enough for me. So having other things to do in the meantime was just icing on the cake, even if there was a bit too much icing sometimes and I just wanted to scrape it off and eat the damn cake.

There is a multiplayer mode and a mod section that is tied to Steam Workshop, two things that should greatly please fans. Deathmatch and Strategy seemed to be the two most popular game modes being played at the time, although there are others such as Capture the Flag. With the large amount of single player missions, and offline skirmish modes available, I thought there was more than enough content to please socially-inept curmudgeons like me who don’t even own an acceptable headset and prefer to stay offline, but there seems to be a dedicated little multiplayer community if that’s your thing. 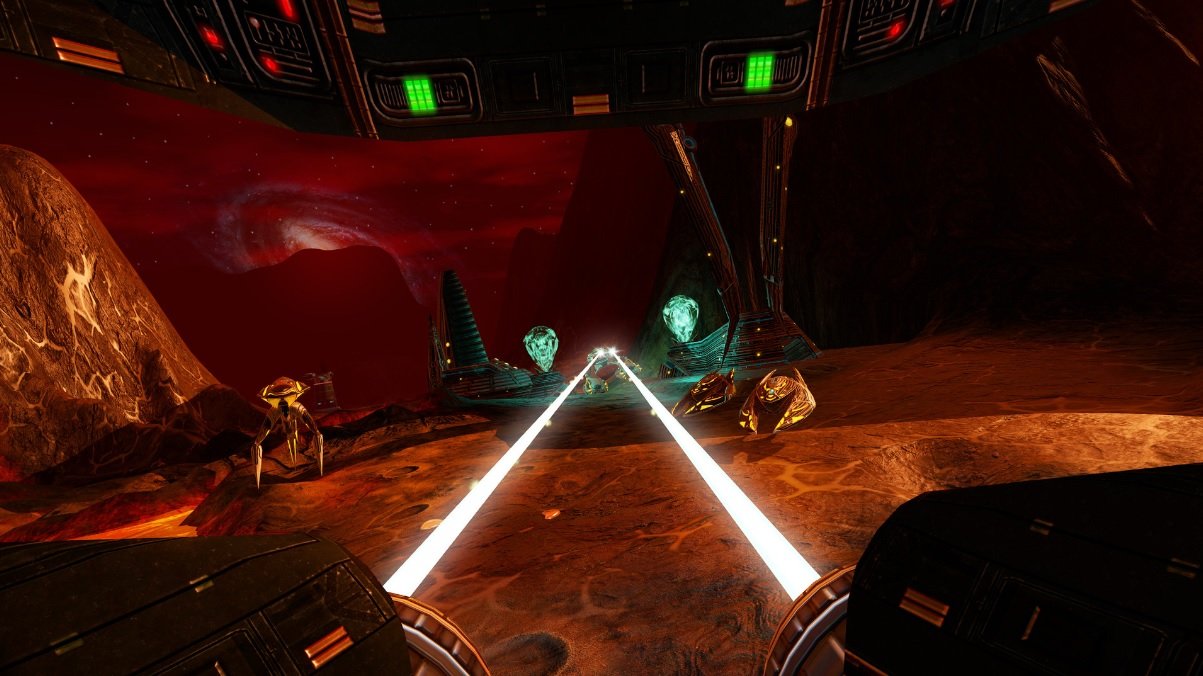 The graphics, sound, and interface are all representative of a game from 1999 remastered. Most units are fairly unique looking and easy to identify thanks to some decent art direction. Voice acting is basic but effective, and fits perfectly with the by-the-numbers narrative. Calling this an HD remaster is apt, but may be misleading to some; many of the assets are nothing more than a straight across translation. There is a trend happening where these remasters are looking like less and less work is being put into them that I have heard some people complaining about, but I think most of the time works just fine. Part of a game’s charm to me can often be preserving the aesthetic of it from back when it was originally developed, but if you are looking to buy it, you should be aware that this is hardly much of an overhaul and does nothing to hide its origin of being a late nineties PC game. 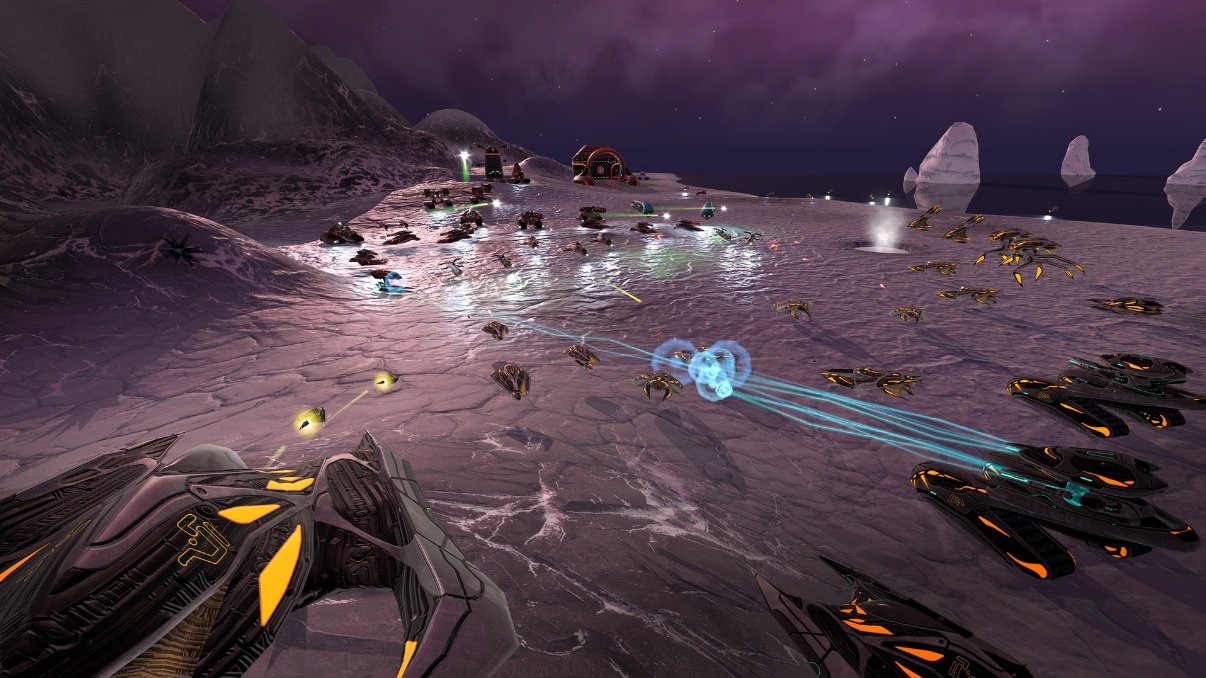 Battlezone: Combat Commander is a relic of its time. It’s clear this is a love letter to fans of the original, a nicer way to play a game plagued with some unfortunate problems back when it was released. A.I. is okay. The story takes a while to get going. Some of the mechanics are clunky, and the presentation is basic apart from improved unit models and environments. Even though it wasn’t quite as unique for its time as its reputation might claim, it has a level of complexity and strategy present that’s not shared by its predecessors and very much stands tall, even today. I found it an enjoyable romp and feel it is definitely worth a look for RTS fans who want to try something a little different.