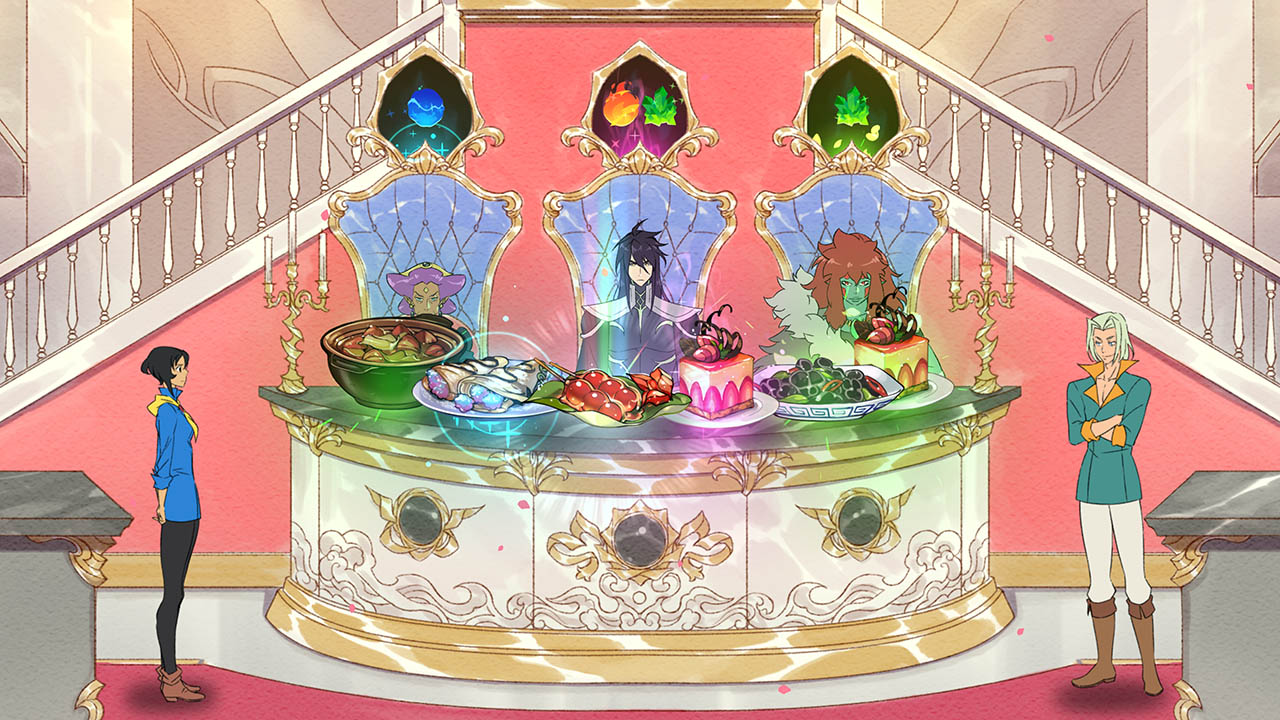 Battle Chef Brigade is a delightful concoction. It’s one part side-scrolling brawler, complemented by a series of match-three puzzles in the form of a cooking competition. With a dash of light RPG progression and beautiful, hand-drawn visuals added to the mix, there’s nothing quite like Trinket Studio’s debut offering on the market. Like a hearty meal, Battle Chef Brigade entices on multiple levels.

In the simplest terms, Battle Chef Brigade is a game about magical cooks. They travel the world fighting monsters, only to serve exotic dishes with ingredients taken from their quarries. It’s a silly premise, but it’s one that’s easy to get wrapped up in during the game’s six chapters. As Mina Han, an amateur chef keen on joining the Brigade’s storied ranks, the combination of culinary battles and character-driven storytelling creates a breezy, enjoyable experience. 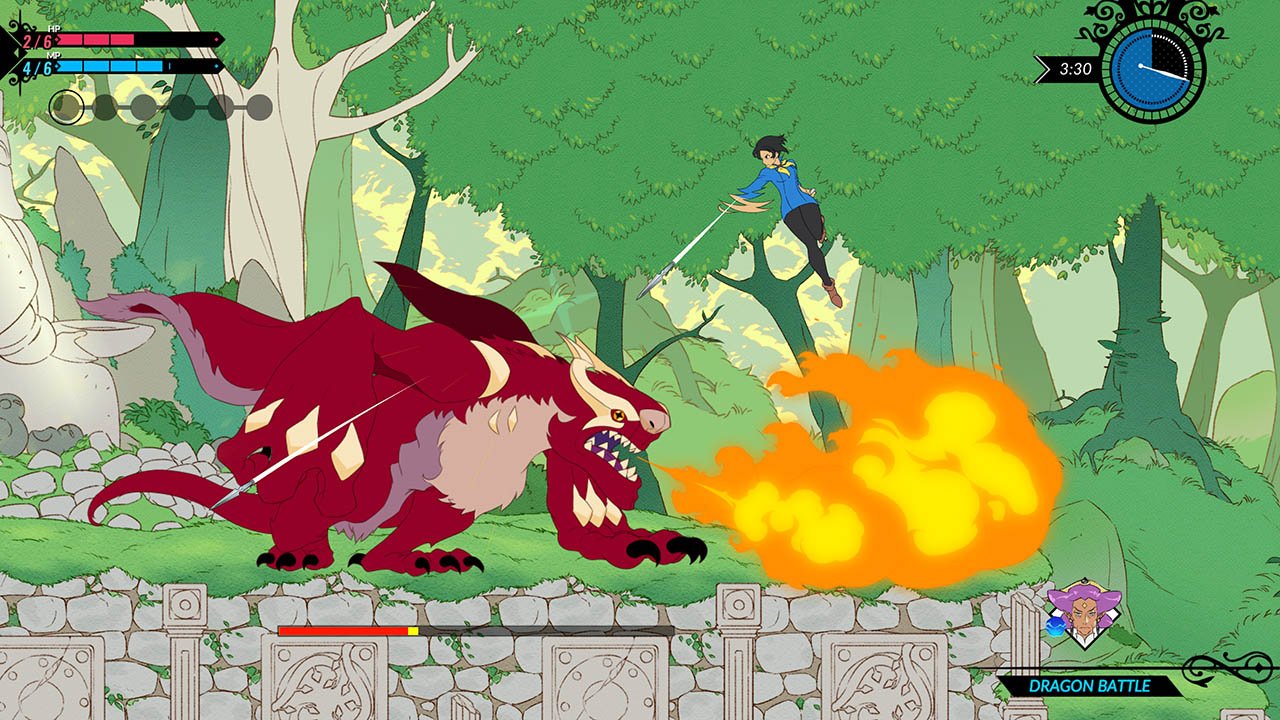 The bulk of Battle Chef Brigade has players guiding Mina through a series of cookoffs. To earn the fabled white uniform worn by the Brigade, would-be cooks must topple other tournament entrants in progressively difficult challenges. Think Iron Chef — or Guy’s Grocery Games if you’re down with America’s favorite spiky-haired goober — with fantasy characters.

Mostly, progressing through the story means challenging chefs. At the start of each match, an announcer introduces the guest judges, each of whom has a specific flavor profile they’re looking for in a meal. In addition to the flavor requirements, Mina also has to include a special ingredient in her dish. From there, it’s off to the races, as players guide her through different environments to collect cooking components from nearby monsters and vegetation.

The collecting and combat phase is decent enough. Mina has a surprising arsenal at her disposal. With her handy — and deadly sharp, apparently — forks, the cook can combo into enemies, dodge through attacks, and summon a whirlwind that damages monsters from a safe difference. Though Mina’s capable in combat, fighting is more of a race against the clock than a struggle against monsters. Except for a few big-ass enemies (like a hulking red dragon), that can stun and juggle Mina, there’s little in the way of challenge.

But combat’s how members of the Battle Chef Brigade get their cooking done, and one way or another, players will have to kill birds, slimes, and stags for ingredients before hauling them back to the kitchen. Once there, Battle Chef Brigade slides from a serviceable brawler to a cooking game. Players select different monster parts and vegetation, which are composed of different elemental gems in different patterns, and toss them into a pan.

During the cooking segment, Mina must align flavor gems to increase their rank and bolster the quality of her dishes. For players familiar with match-three games, it’s probably nothing new, but guiding Mina’s stirs and watching meals form with subsequent matches is a treat in and of itself. It also gets trickier as she progresses through the story. It’s not uncommon to be balancing multiple ingredients on the stove’s 4×4 grid, all while tackling two or three dishes at once. It’s chaotic and just challenging enough.

Your hard work manifests in different meals that look delectable. Even though the ingredients come from hydras and other monsters, Battle Chef Brigade‘s menu is brought to life with painstakingly detailed illustrations. Once the cooks have finished plating and delivered each dish to the judges, it’s the meals’ turn to shine. The judges sound off on Mina’s cooking, scoring it based off of the dish’s base value (weighed by the number of flavor gems), and whether or not it hits the right elemental alignment or includes the special ingredient. 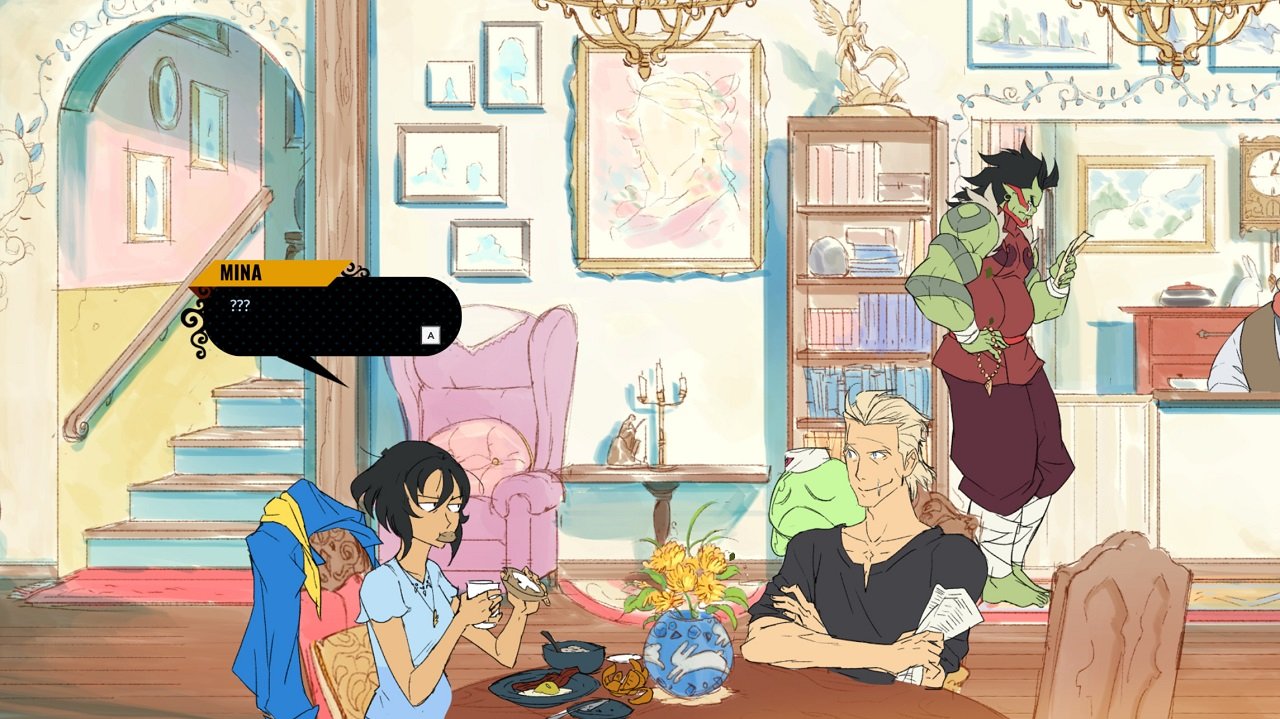 There is more to Battle Chef Brigade than cooking and combat, but they’re clearly the game’s focus. In between cookoffs, Mina can explore a small stretch of city, take on side quests, purchase new cooking gear, and interact with NPCs. The sidequests are little more than diversions based on either hunting for ingredients or aligning flavor gems and work better as refresher courses than anything else.

Still, there’s something whimsical and endearing that drives Battle Chef Brigade forward. Across seven-to-ten hours, Mina and her cooking companions grow on you. Charming characters and a unique blend of gameplay systems create for an alluring little game that’s simple fun throughout.