Hot off the revelations that took place at the conclusion of The Enigma, Batman continues his shaky three-way alliance with good friend Jim Gordon and cold government agent Amanda Waller. The unlikely trio work to uncover the frightening conspiracy behind “The Pact,” a group of criminals currently undertaking raids for tools and weaponry, stockpiling for an as-yet undisclosed master plan.

Episode two sees the player investigating almost entirely as Bruce Wayne. The playboy billionaire, injured in a recent brawl, goes undercover to infiltrate Gotham’s seedy underbelly, with guidance from obsessive frienemy, John Doe. Between this gang of criminal elite and Waller’s sketchy Agency, Wayne is in danger of drowning in questionable associates. 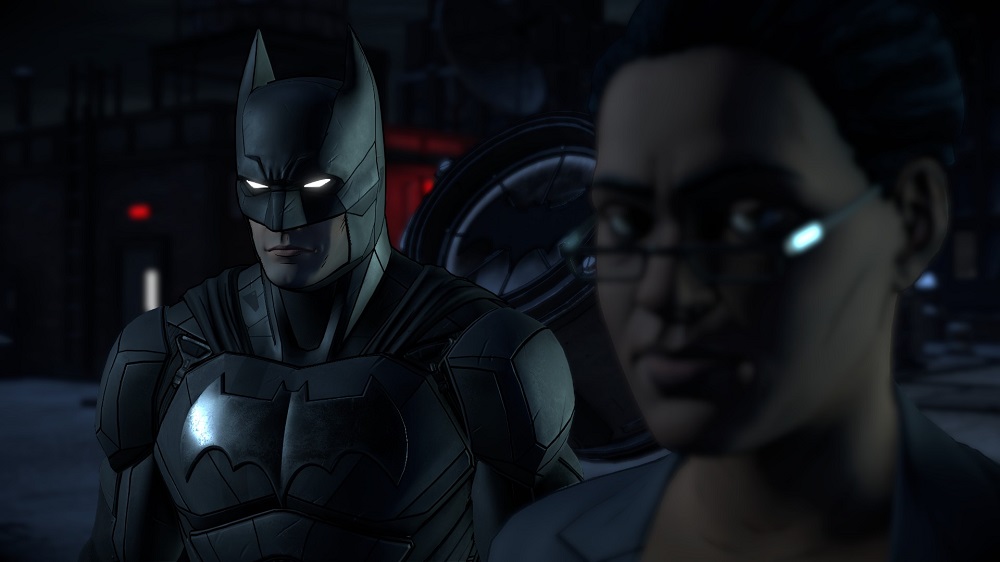 I enjoyed the founding chapter of The Enemy Within, feeling it established the Telltale Games’ Batman universe well, and quickly but efficiently setting up character relationships and intriguing, mysterious plot-threads, while shocking me by quickly establishing the series’ “All characters are fair game” rhetoric.

The Pact doesn’t quite have the same smooth pace, and tries a little too hard to cram in a bit too much story. We get the arrival of not one, but three (arguably four) new villains, as well as multiple action scenes, and some awkward attempts to crowbar in some characters they can’t squeeze in elsewhere (such as Lucius Fox’ daughter randomly showing up in a stock room at midnight).

The episode definitely turns up the heat on the main story arc, and I can only assume that the tight squeeze is due to the fact that they only have five episodes to tell what is clearly written to be an epic, all-star storyline. It’s fun to see Wayne being an undercover bad-guy, dressed like Stallone in FIST, but the murderous psychopaths take him in too easily, with more than one character going from about-to-kill-him, to offering him a vital job on the team in the space of one scene.

Spoiling a villain, we see the series debut of Harley Quinn, who is arguably the leader of The Pact. Telltale seem to be doing something very fun with her, in that Harley is creating Joker, rather than the other way around, a fun take on the lore. Quinn’s voice, whilst competent, doesn’t work for me. I have zero issue with voices being recast or changed entirely, but here, the new voice struggles to fit the character’s on-screen image and actions. Rather than just put a hard-tweak on the iconic Quinn-drawl, I think they should have simply given her an entirely new vocal pattern. But that’s personal preference.

I do think Quinn’s visual design is cool though. Those of you who are sick to death of DC’s “Bad girl but not really” Quinn of recent years are in for a treat with this cold-blooded, sledgehammer-wielding psychopath. 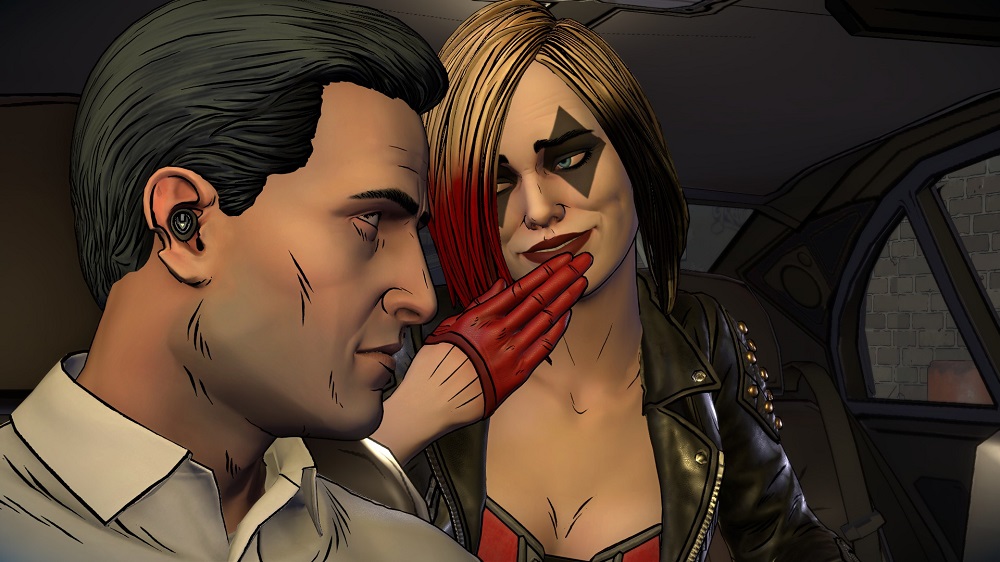 Although The Enigma ran fine for me, episode two had some serious technical issues, with a lot of stuttering animation, occasionally out-of-sync dialogue and, worst of all, the game locking up entirely on me on two separate occasions during the same scene, forcing frustrating reboots. Hopefully this last issue won’t befall all players, but Telltale’s janky mechanics were, unfortunately, in full-effect.

The Pact is a fair episode, with some familiar faces and a couple of great scenes. But due to its odd plotting, overbooked roster, and distracting technical flaws, it didn’t suck me in like the previous chapter did. Still, outside of the horrible lock-up issues, it was an acceptable way to while away two hours. I’m intrigued to see where the story goes next.