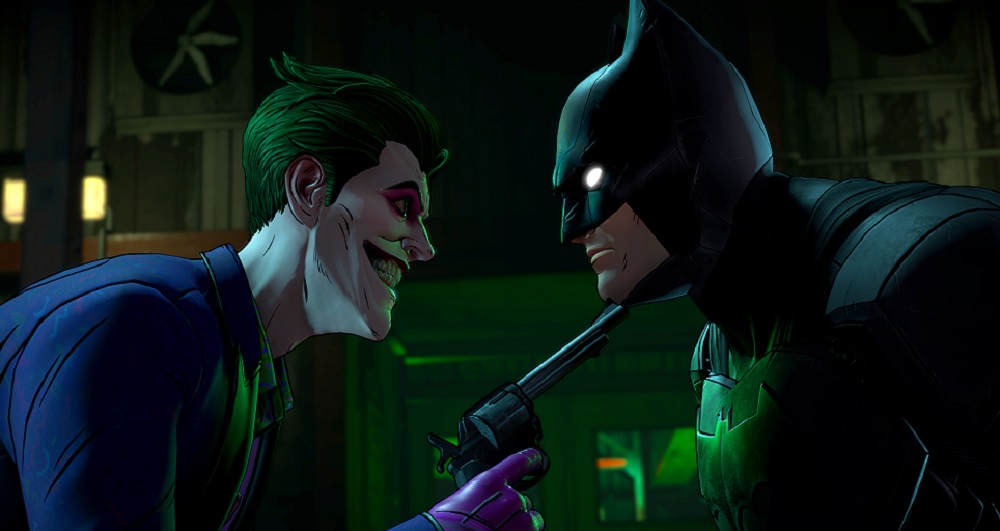 And so it comes down this, the final hour, the last twist, the killing joke. After five episodes of poorly-maintained subterfuge and clumsy social politics, Bruce Wayne must face the consequences of his actions and the repercussions they will have on himself, his friends, enemies, and the burned-out burg of Gotham City.

Same Stitch heralds the ending of Telltale Games’ Batman season two, which has gone from pillar-to-post on the quality scale. Having mixed great performances with awful ones, presented slickly-paced scenes alongside buggy slideshows and offered up unforgettably unique representations of veteran characters with some totally forgettable new ones.

The finale is a vital part of the Telltale Games’ formula. Not only does it need to be dramatically and aesthetically pleasing, like any fiction, but it must present the player with the feeling that it accurately reflects their multitude of verbal and physical decisions to date. So enough yakking, let’s take one more journey into the dark knight. 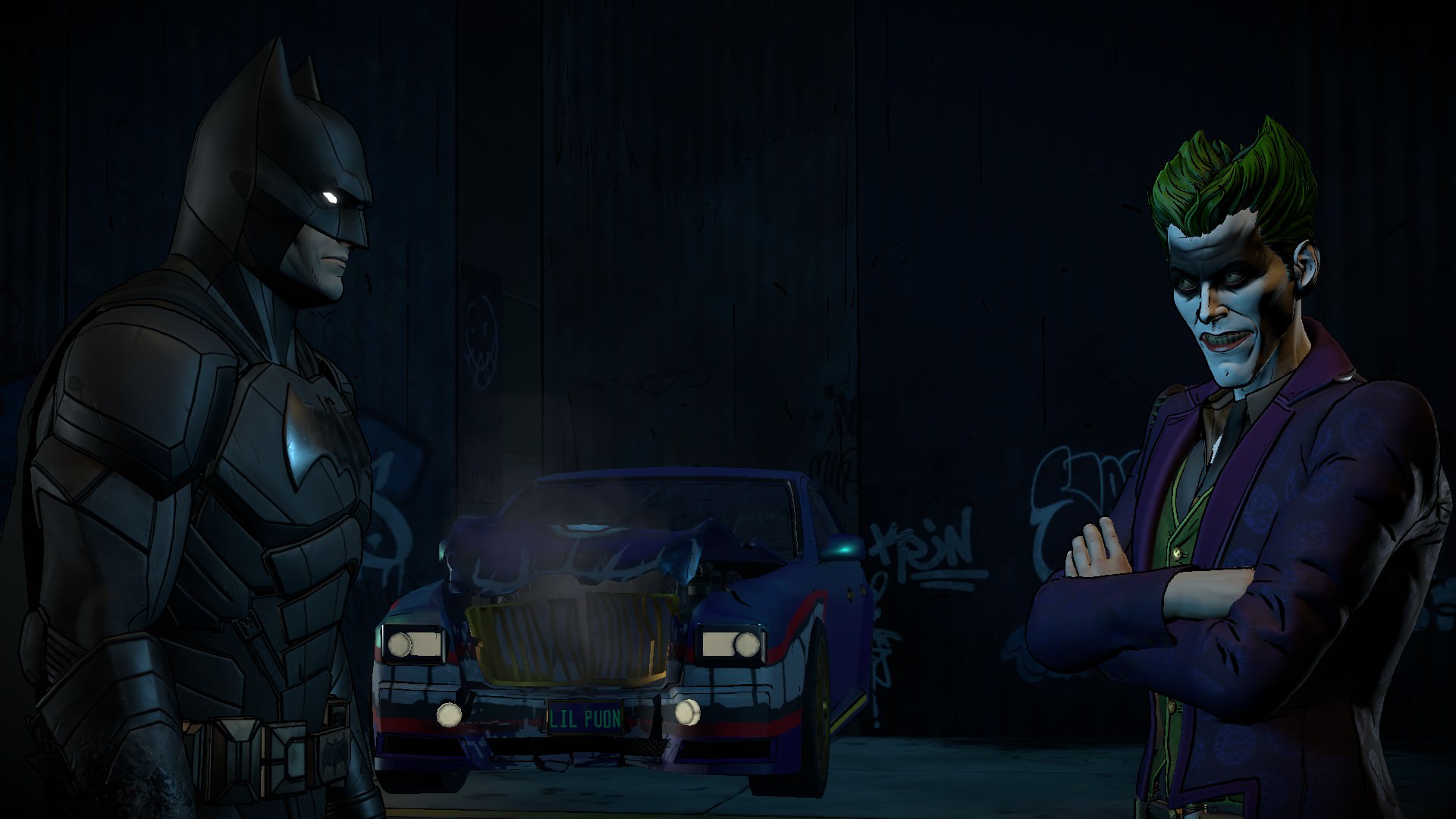 First and foremost, it needs to be noted that the events of previous episodes have a huge impact on Episode Five. The motivations of John Doe going in causes Same Stitch to be one of two distinct episodes, each with their own scenes, script and characters. Telltale have referred to this as their “branchiest episode ever” and while I cannot guarantee you’ll find a plethora of diverse endings, the general layout of events make this download a sort of “two-in-one”, offering up over three hours of drama. (Note the alternate trailers below.)

Fortunately, the twin-sides of this story are both good. There is some neat, even witty dialogue and several great fight scenes. While it has felt cringey throughout The Enemy Within to engage in fast-paced combat via pithy QTEs, it must be said that the throwdowns in Episodes Four and Five are pretty damn cool. Alongside the fisticuffs, players will also have their final verbal confrontations with all major cast members, deciding their alignment to The Dark Knight, and possibly even the fate of their very lives.

The Enemy Within has technically been shaky, with early episodes suffering frame-rate issues, juddering animations and even some hard lock-ups. Fortunately, I’ve had no such trouble with the latter chapters, and hopefully the earlier entries have since been tweaked to remove these nagging problems (along with any lingering real-life-corpses).

No-one is kidding themselves that these games are little more than a barely interactive adventure, with its illusion of choice mechanic, in reality, coming down to but a few different roads. I can’t deny I was left feeling that a lot of the choices I made for Bruce and Co. were only somewhat reflected in the final chapter. I was certainly left feeling that perhaps the story I was trying to direct clearly didn’t align with the story Telltale had written. I’m of no doubt that this is always going to be the case with Telltale’s adventures, it simply goes with the territory.

When it comes to The Enemy Within, however, the one flawless element has remained Anthony Ingruber’s performance as John Doe. Ingruber is brilliant throughout, even in the weaker episodes, and every scene featuring John and BFF Bruce (Troy Baker, similarly great) is well-written, expertly delivered and dramatically magnetic. In fact, the only issue is that it ironically highlights the weaker performances by some other characters. The focus here is rightly on the mirror-image protagonists, and the narrative nose-dives whenever other characters attempt – and inevitably fail – to take their spotlight.

When gut-check time arrived, and all the players gathered for the final act, Same Stitch delivered an exciting, action-packed climax, followed by some (in my case) miserable aftermath. Frankly, shit didn’t work out for Bats and his pals at all in my particular story. Maybe I subconsciously just wanted to watch the world burn? Hopefully your own journey through the night will precede a brighter dawn.

Overall, Episode Five: Same Stitch is a worthy finale. It also has genuine replay value, given its two distinct acts and multiple climaxes. With the focus fixed squarely on its brilliant leads, the final episode makes for a taut, satisfying conclusion, even if I did arch an eyebrow at how my alleged “choices” for the past ten hours ultimately played out.

Batman: The Enemy Within is a mixed bag. Three of the five episodes are good, but the other two are over-booked filler. No-one who dislikes Telltale’s story-telling shtick will find anything here to change their minds, but Batman fans should definitely consider checking it out. Not only does it offer a unique take on DC Comic’s most iconic villain, but Ingruber’s top-tier performance is worthy of the entrance fee alone, and that’s no joke, pal.