Because everything needs to be a roguelike….

Bad North is an RTS, with a touch of permadeath, that strips the typical genre conventions down to its most basic concepts. There aren’t any confusing menus or detailed stats to pour over. On paper, this is the perfect gateway drug for those who, like myself, have never truly dipped their toes into this stuff.

There isn’t much story outside of murdering the vast horde of oncoming Vikings and attempting to save as many of the homes that litter each island as you can. There’s no dialogue or even the slightest text crawl bombarding you with plot. People are trying to kill you and destroy your home. That’s all you need to know. 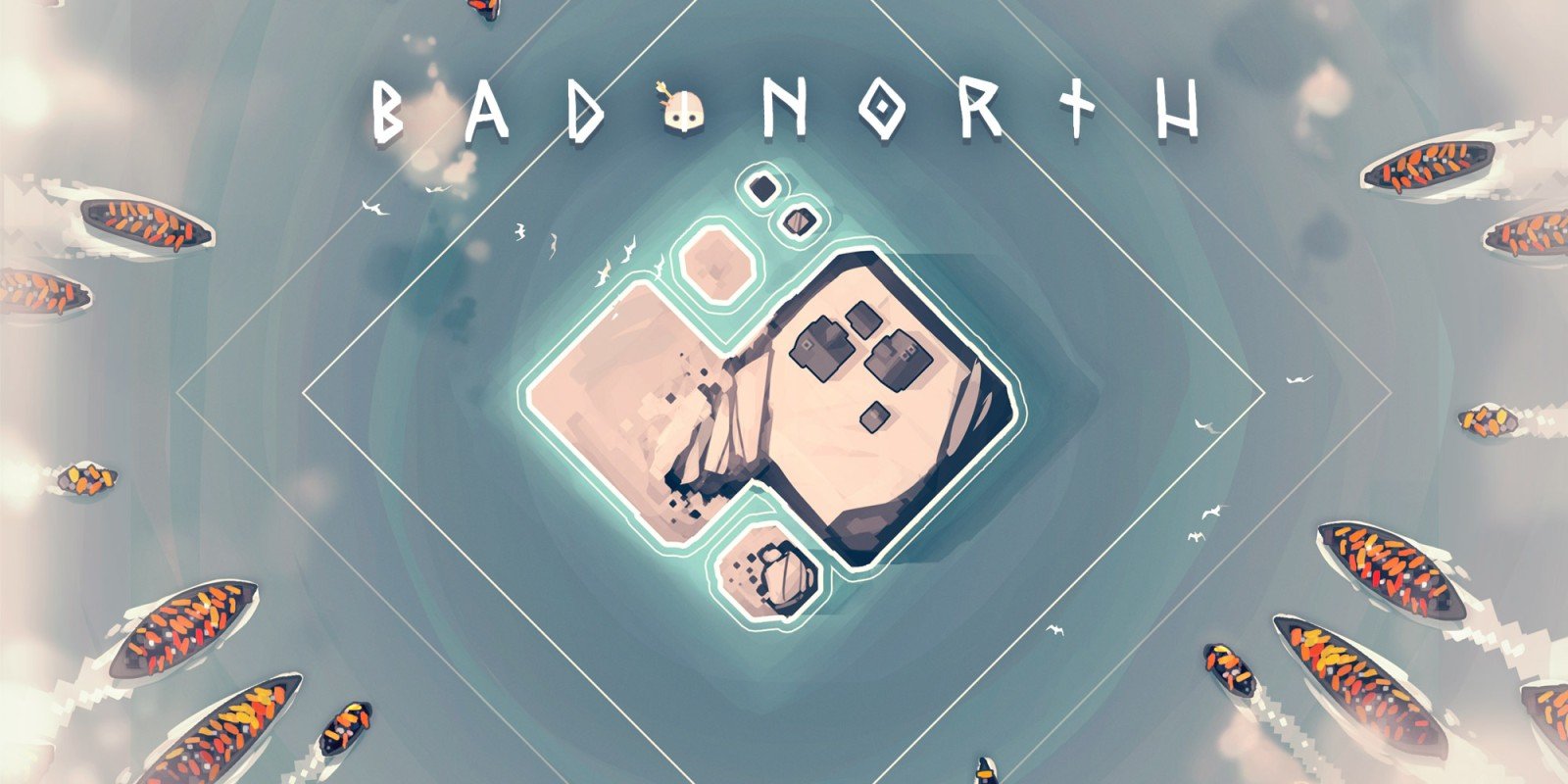 You’ll start out at the beginning of a chain of islands, and each one plays host to its own isolated battle. The enemy will creep towards the coast in boats, arriving in regular intervals, and their goal is to destroy every building they see. When all is said and done, the houses left standing will reward you with coins that can be used to upgrade your individual combat units.

These units are denoted by a commander, and you can choose to have them specialize in one of three possible classes: bow and arrow, sword and shield, or pikes. You also have the option to upgrade class-specific offensive capabilities that can help out in a pinch. Outside of those, you’ll be able to equip one power-up to each commander, which are acquired on certain islands as you fight your way across the map. At first, these felt a little pointless, but they become essential once the difficulty ramps up about two-thirds of the way into the campaign.

Eventually, you’ll be forced to choose between islands that can score you a possible power-up, a new commander, and prioritizing islands that have more buildings, with the potential for more coins. You won’t be able to visit every island since a portion of the map closes off after every battle. It creates a sense of tension that makes each choice feel important. One bad move in the heat of the moment can easily lead to entire squads being wiped out.

In most other games, death would simply mean restarting with a new strategy, but Bad North features permadeath. When one of your commanders dies, after you’ve spent so much time upgrading their abilities, they are gone. Once all of your commanders are dead, you’re booted out to the main menu and you have to start all the way from the very beginning again.

This wouldn’t be so fucking awful if you weren’t forced to retread the same boring, easy, introduction islands every single time. Restarting a run in a roguelike is always a pain in the ass, but here it was excruciatingly dull for me. For the first quarter of the map, there’s no real challenge whatsoever. Compounded by the fact that the game suffers from random difficulty spikes in the latter half, it’s quite infuriating.

Due to the random generation of level layout and enemy spawns, at some point you’re bound to find yourself fighting against what feels like impossible odds. The expected skill progression is just plain poorly-paced, and it dampens the otherwise solid experience substantially. 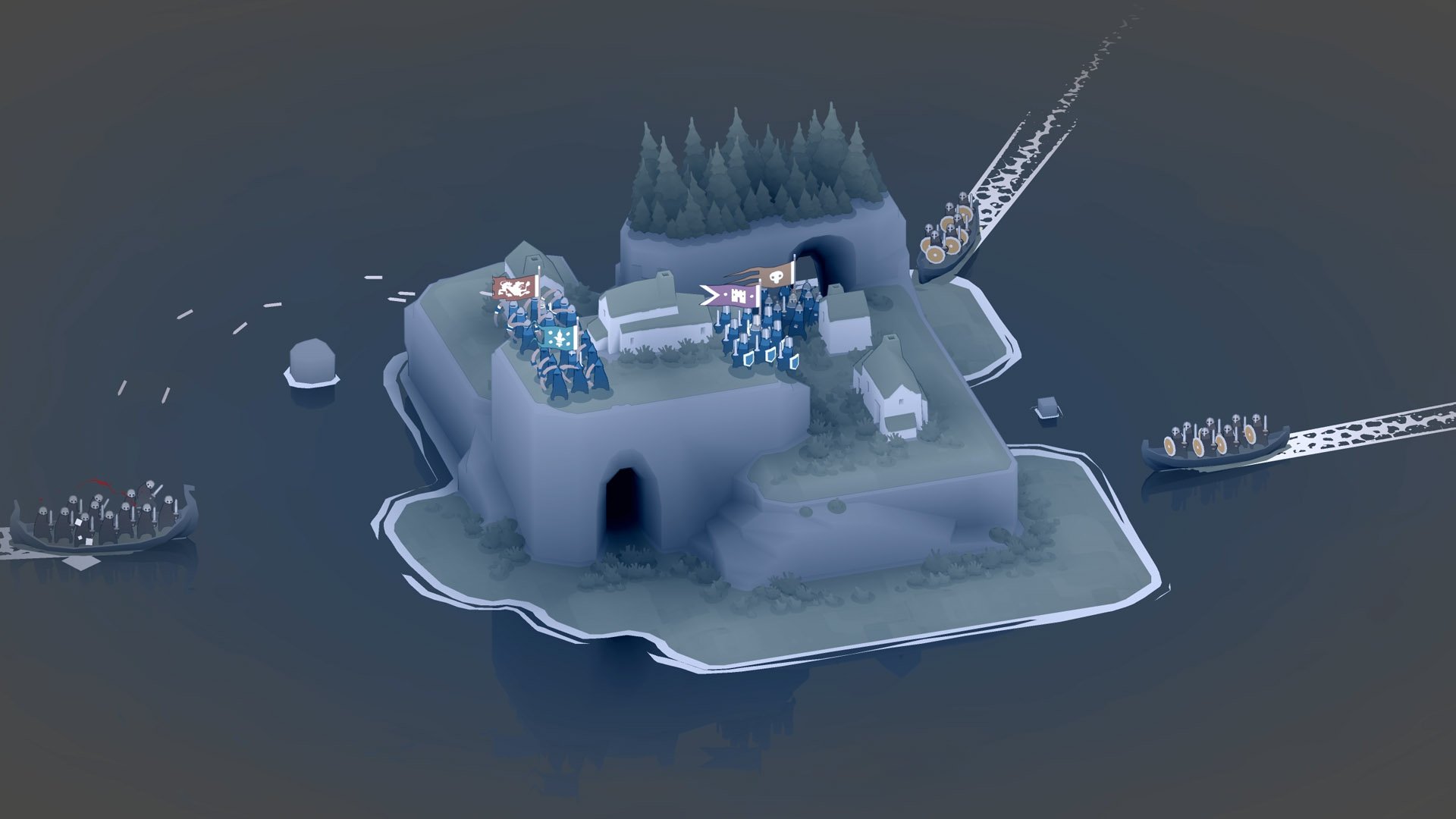 This brings me to the biggest offender: shallow combat. For the first few hours, I was loving every minute but, eventually, the weak spots started to show. At a certain point, it becomes less about skill and more about the luck of the dice roll. This is inevitable in a game that features random level layouts and enemy spawns, but it hurts so much more to watch your troops butchered when it feels like you’ve done everything right, and the RNG gods just don’t give a shit.

It also features a decent amount of technical hiccups, like momentary freezing and stuttering throughout, but the nature of gameplay minimizes the impact, and I never felt like I died because of it. Instead, it’s just one more notch against what could have been a really good game.

By taking a genre that thrives on its deep mechanics and attempting to streamline it into something anyone can pick up and play, we’re left with an experience that doesn’t wholly appeal to anybody. It sucks because there was so much potential here, and it ends up shooting itself in the foot before it really has the chance to bear fruit. With some updates and balancing, Bad North could, one day, deliver on its promise. Right now, however, it just feels like a wasted opportunity.