Assassin’s Creed Odyssey‘s first piece of paid DLC is both a departure and a comfort food. As add-ons tend to go, Legacy of the First Blade‘s Hunted chapter recycles all the core systems from the original game. It falls right into that familiar loop. But it’s also remarkably self-contained. There is no giant sprawling adventure here. Just a short, punchy introduction to the Assassin Brotherhood’s precursor. It’s Assassin’s Creed Odyssey at its most digestible. 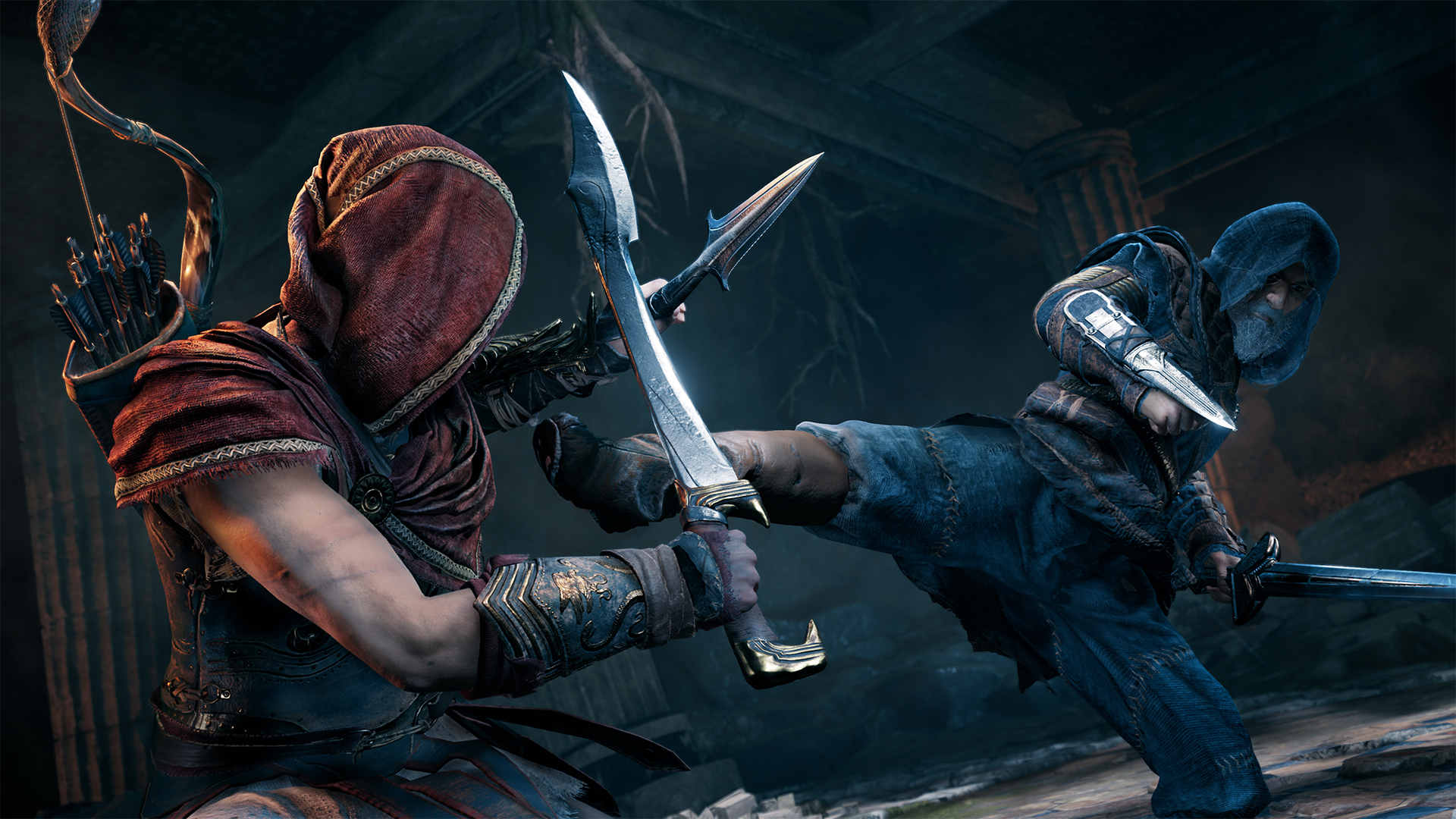 Hunted is short (I finished everything in about three hours), but it’s splendidly efficient with its time. It introduces Darius, the man responsible for assassinating Persian King Xerxes. Darius and his daughter, Neema, have been forced into a life of hiding because of his dedication to stopping The Order of the Ancients. This conflict, seemingly, is the ancestral root of the blood feud between the Assassins and Templars.

Odyssey‘s first add-on serves to lay a foundation. It tells its own story, complete with a resolved arc. There’s no perilously tantalizing cliffhanger. There’s an understood “Now we have more important work to do”-type of clincher. Hunted sets up a grander narrative, and Legacy of the First Blade‘s first act is comfortable staying within those bounds. The writer in me respects that commitment to restraint; the fan in me wishes there were a more dramatic emergency to segue into the next episode.

Hunted gets there through a short checklist of Odyssey‘s greatest hits. Sink a few ships, kill a few wolves, off a trio of mercenaries, infiltrate a giant fort, etc. There’s even a new miniature web of cultists to work through, except this time they’re redubbed as the Ancients in the Order of the Hunters. It all takes place entirely in the Makedonia region (the hands-down best region in my unbiased opinion) in a handful of locations that Ubisoft added specifically for the DLC.

While Hunted is largely the same tricks in service of a new narrative, it unexpectedly asks introspective questions of Alexios/Kassandra that haven’t been addressed before. The most poignant scene in Hunted calls attention to the loved ones of all these corpses. To Alexios and Kassandra, they’re obstacles now removed. To these family members, it’s tragedy. Regardless of motive, Alexios and Kassandra are harbingers of death. It’s the same for their whole lineage. They stop killing for a few minutes of self-reflection, wondering aloud how admirable this life really is and how quaint a different existence might be.

Even though it’s not the most thrilling side of Assassin’s Creed Odyssey, Hunted accomplishes what it sets out to do. It’s an introductory chapter, one that establishes a new conflict at the origins of the Assassin’s Creed lore. Although reserved, Hunted manages to be plenty entertaining. More importantly, it constructs a compelling foundation for the rest of Legacy of the First Blade. If the latter two-thirds can build on the first chapter, we’re in for one hell of a story.

[This review is based on a retail build of the DLC provided by the publisher via the season pass.]