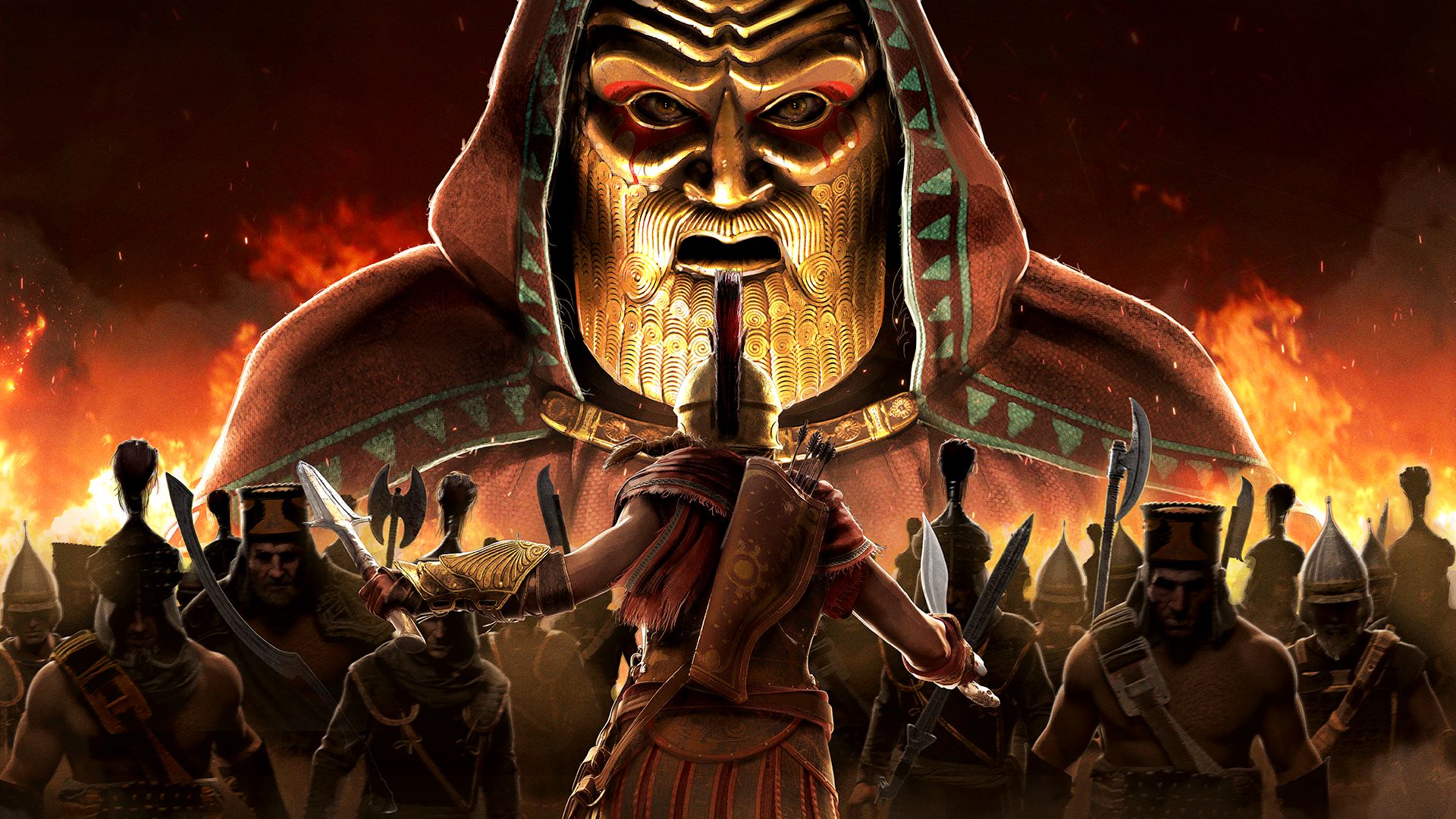 Attack of the punctuation

Assassin’s Creed Odyssey will never die. Despite the fact that it came out over five months ago it’s still in the conversation thanks to frequent updates from Ubisoft, free quests and a decent paid DLC storyline (with one more to go).

It’s not a bad legacy, even if the first episodic DLC series has been a bit uneven.

Kassandra and Alexios are finally ready to put the kibosh on the story of Darius: an enigmatic assassin that pulled us into a grand generation-spanning war. With our hero’s life of domesticity at an end the ongoing specter of the evil cult is back in the mix: cue a bunch of exploration and combat-based missions.

It’s a somewhat jarring setup. I’m sure most people wouldn’t want to play an entire DLC consisting of rote family chores in an action-adventure series (I mean, I’m open to it), but we’re immediately thrown into the fray and most of the objectives and locations are going to be familiar. Episode one provided us with mostly grounded skirmishes, episode two dabbled in nautical combat and naturally the conclusion mixes a bit of both. While the former themed quests are typically on point (as is most of Odyssey as a whole) the ship combat jaunt in the DLC lacks urgency. At this point, it’s just kind of there.

Yet, I was able to at least relate somewhat with the more emotional angle of Bloodline, centered around a very personal betrayal that beats the blanket focus on shadowy organizations and in recent years, Gods.  There’s a lot of exposition here: big-time talks with big-time players, and most of it is worth listening to. Bloodline just sticks the landing enough because it follows through with an actual conclusion and a short epilogue.

Time and time again we’ve gotten add-ons (within the AC universe no less) that feel like fleeting fancies: something you’ll wrap up in a few hours and never think of again. But through this ongoing method of storytelling Ubisoft managed to craft a decent (if familiar mechanically) tale that’s both standalone and representative of the lore at large. As I’ve said in the past, the strong base of Odyssey as a whole props up its DLC.

With the half-fanservice half-justified First Blade out of the way I’m really looking forward to the upcoming Atlantis storyline. It isn’t perfect, but this episodic format isn’t something I’d mind seeing return to Assassin’s Creed in the future.