Finally, Assassin’s Creed on the go

Liberation is a bit of conundrum. On one hand, it offers a pretty incredible portable Assassin’s Creed experience for the first time, since the plethora of iOS spinoffs and Bloodlines didn’t really do the series any true justice.

On the other, it suffers the occasional disjointed gameplay experience, and a handful of technical limitations that obviously are due to Ubisoft cramming a console quality game into a portable.

Let’s see how it turns out. 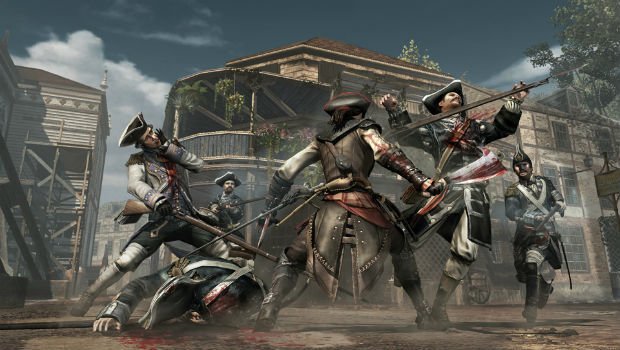 You’ll probably notice that Liberation is a bit different than other series iterations fairly quickly. As soon as you jump in, you won’t have any lengthy present day meta-narrative sequences to deal with — it’s straight to the action. After a short tutorial, Liberation hits the ground running and is a no-nonsense affair

The game’s heroine, Aveline de Grandpré, a half-French, half-African-American, is essentially Batman. Like Bruce Wayne, she’s a privileged young woman who has access to a number of luxuries many would not — on top of having the support of her clan of assassins.

As such, she’s able to do pretty much everything you’re accustomed to in past games, alongside the ability to adopt three separate personas to accomplish her goals (hence, the Batman comparison) — the slave, the assassin, and the lady.

The slave can blend in with crowds better than the assassin, and still run around as freely as Altair, Ezio, and Connor can. The assassin persona has access to all of the lovely tools you’re used to at this point, but is more conspicuous. The lady is the more limited (and hence, less fun) of the trio, as this persona is limited to light combat capabilities and the ability to charm guards, but she cannot traverse rooftops or engage in free running.

With these three personas, you’ll traverse through the entire game, unraveling Aveline’s own separate, self-contained story that has nothing to do with Desmond or the Assassin’s Creed meta. It mainly  concerns itself with the elimination of slavery, while dealing with Aveline’s own personal demons and past. While it’s not bulletproof, to be blunt, I love this setup. 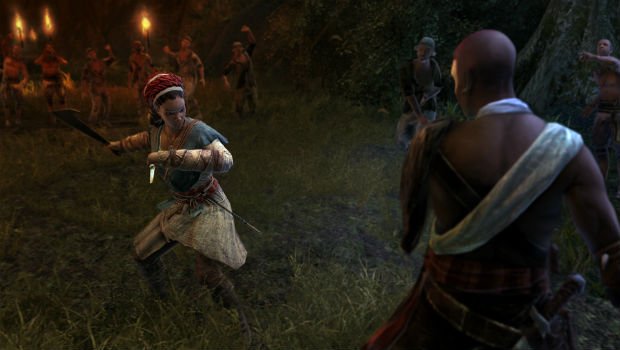 It shows that Ubisoft is confident that they can present a narrative without all of the kooky Abstergo/Desmond/present day overarching story, and leaves limitless options open for future IPs in the franchise. If you ever thought it was lame that Altair, Ezio and Connor were able to run around with a giant white ominous cloak and never be noticed, you may be able to buy into Aveline.

The only big holdup in everything mentioned so far is the lady persona itself, strictly from a gameplay standpoint. To reiterate, she cannot climb buildings and is very limited in combat: in essence, she lacks a lot of the core values that make Assassin’s Creed games fun. While you do have a choice in what persona you choose for many missions (through various costume storefronts), there are some where you don’t have a choice.

If this disinterests you, you may want to steer clear of Liberation, as a decent chunk of required missions are carried out with this persona. While I was able to get on board with the different feel and pacing of the game, many people who are more bent on “stabby stabby” gameplay may feel a bit out of place from time to time, so you have been warned.

Because of the inclusion of this persona however, it helps add to Aveline’s character, which makes her one of the more interesting and likeable protagonists in the franchise. Aveline is a confident woman, and it shows — she’s extremely likeable yet flawed, and her Bruce Wayne-esque backstory only adds to her allure.

The missions themselves are your typical run-of-the-mill AC investigatory, kill, and fetch quests. It isn’t nearly as repetitive as the first game as it’s structured more like the sequels, in that you aren’t doing the same three types over and over. Missions have a natural flow to them, and even if you’re doing something menial in the short term, it all contributes to Aveline’s personal story and narrative. 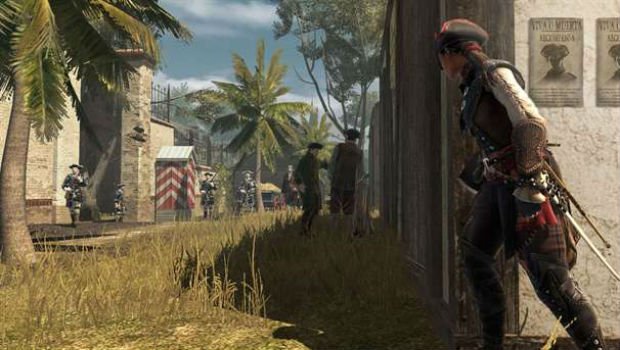 Like the main game, there are optional objectives to accomplish for each mission, such as “don’t take [x] amount of damage” and the like. They’re not wholly necessary for anything, yet they’re there as a bit of fun in case you’re the competitive or completionist type.

Combat is the exact same as Assassin’s Creed III‘s system, as the game is running on basically the same engine. Aveline utilizes a hatchet and hidden blade just like Connor, but she also has a new multi-kill ability (think Splinter Cell‘s “mark” system), a blowgun, and a whip to help mix things up a bit.

Ok, so it plays like a mainstead Assassin’s Creed game should, but does it compromise anything by virtue of being portable? The cold, hard truth is, yes. You’re going to notice the framerate dip, dive, and duck from time to time, and some draw distance issues rear their ugly head at about the same rate. Personally, I didn’t find them to be large enough issues to directly effect gameplay on a consistent basis, but the problems are there, and I did notice them from time to time.

It’s odd though, because in the same mental breath, I’m in awe at how well the core console experience has translated to the Vita. When you’re not noticing technical limitations, you’re considering how amazing the game looks, especially when you factor in the very short load times, and lack of loading when in the open world. It’s a conflicting feeling for sure, but it helps that the game has a great control scheme.

There’s no two ways about it: the controls are as smooth as butter. Outside of some framerate compensation, I didn’t have any issues with them at all, and the game functions at roughly a 1:1 rate when compared to Assassin’s Creed III. 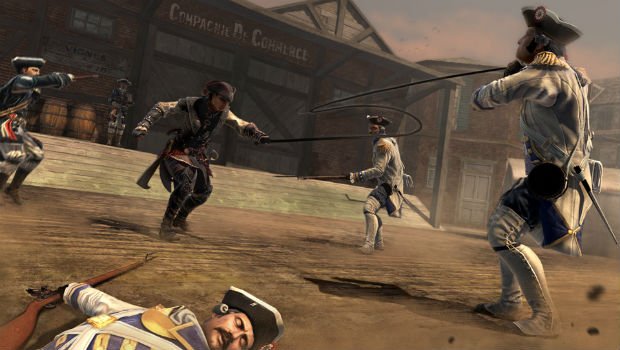 You also don’t need to worry about any major Vita touch gimmicks here — pretty much everything outside of a few menial tasks can be performed through button inputs, and any touch controls are mostly for ancillary functions or mini-games that are over and done with quickly.

In terms of longevity, you’ll get bang for your buck here, as is the usual case with the Assassin’s Creed franchise. The story is ten chapters long and fairly lengthy (about ten to fifteen hours), and long after the credits roll, there are plenty of extra things to do.

If you’re looking to buy it for the Connor/Assassin’s Creed III tie-in though, don’t bother. The crossover only really happens towards the end of the game, and its impact isn’t wholly representative of the theme. I don’t care either way, just know that it isn’t a big deal — nor are the tie-in items you get for linking the game to your PSN account.

A multiplayer mode is present, but it’s not what you’re accustomed to seeing in the franchise — it’s essentially a Risk-like board game. It’s asynchronous and anonymous, which makes it a decidedly love/hate affair. I found it fairly inconsequential, but it would have been nice to at least get a true local multiplayer mode, even if it only had a few gametypes.

At the end of the day, Liberation is the first true portable entry into the Assassin’s Creed franchise, and thus, is naturally going to be a little rough along the edges. So long as you can deal with some technical limitations, you should enjoy yourself while you wait for Abstergo to craft more simulations for you.