This is a genuine trigger warning

I’m not going to lie about Assassination Nation. The content in this movie is, frankly, uncomfortable to sit through. The movie begins by showing trigger warnings of all of the horrible things that happen over the course movie and tells the audience that this is your chance to leave before it gets started. I thought that the movie was just trying to be shocking for the sake of shock value. I was horribly wrong.

I’ve seen some disturbing movies this year. I thought that Hereditary would be the most disturbing movie of the year, but I was clearly wrong. Assassination Nation is the most nihilistic, hateful, angry, and pissed-off movie of the year for good reason. It has multiple attempted rape scenes. It has scenes of graphic torture. There’s even an attempted lynching of a transwoman and she cries and begs for her life. There is a violent suicide in the first ten minutes of the movie. One of the movie’s clear inspirations is Straw Dogs, going so far as to name-check it before one of its most violent scenes, and that alone should tell you that this movie is 1000% not for everyone.

If you are not comfortable with any of the above, don’t see Assassination Nation. Don’t even think about seeing it. If you think you can stomach it or want to see what the point of it all is, then by all means, read on. Just be aware that I will be discussing spoilers.

Assassination Nation is a movie at odds with itself. The movie begins with us following four high school girls as they go about their everyday lives. Having sex with people on the football team, drinking, partying, having affairs with married men, you know the drill. Things quickly get turned on their heads when a hacker starts releasing everyone in the town’s browsing history on the web. The mayor, the principal, the police, and yes, even the high schoolers. What follows is how a town completely loses their minds and go on a murderous rampage, specifically at our four heroines because… reasons. The movie frames that it’s because they’re strong women and one of them may be the hacker who started all of it, but it’s a pretty flimsy justification.

But I want to dwell on the overall framing of the movie. Not how the movie is shot –although it is shot very well with some very effective imagery and shots, including an outstanding scene done in one shot that was great at building up tension and fear. No, instead I want to talk about the framing of the characters, both literally and figuratively.

Assassination Nation wants to be a movie about female empowerment. It wants to be a movie that proves that women don’t have to listen to societal expectations and can subsequently violently resist toxic masculinity, rape culture, and objectification. The movie even delivers a rousing speech at the end about how women don’t have to put up with the crap thrown at them and they should take action against the bastards of the world. The big problem here is that the characters themselves are being framed as sex objects with the camera leering over them as they get raped and assaulted. The entire film is shot through the male gaze. It comes across as completely disingenuous.

And that’s not even getting into how the movies tries to address multiple issues at the same time. It wants to talk about female empowerment; it also wants to address toxic masculinity; how the internet is an evil tool for sociopaths; how people can act like monsters and say horrifying things behind the protection of a laptop; and just how humans suck in general. It tries to juggle all of those topics, and the movie does do some of them fine, but bringing them all together makes the film into a hateful mess.

Rape-revenge movies are a clear inspiration for Assassination Nation. What makes a movie like Straw Dogs or I Spit On Your Grave so compelling, despite the horrifying subject matter, is the fact that there is catharsis at the end. The people that were wronged get their well-deserved vengeance and the audience wants them to succeed. The more you hate the villain, the more you want to see them die. Assassination Nation has all of the buildup, but none of the payoff.

By the time we reach the end of the movie, the villain reveals why they released all of the town’s browsing history and caused total chaos. They say that it was quite literally for the lols. Their words, not mine. Just that general senselessness really does rub me the wrong way. All of the hate that was projected… had no reason. No grand, unifying message. It was evil because… the villain was bored. It’s a compelling message, no question whatsoever, but it just makes the movie feel even more unnecessarily bleaker than it already is.

The movie very rarely has any levity in it. The closest we get is watching the four girls joke about how they have no sympathy for the people that get revealed until it happens to them. On that note, all of the main girls are complete hypocrites. We’re meant to side with them because they’re our protagonists, but the movie wants you to feel bad for the main girl Lily after she ruins a family cause she was sexting a married husband. I don’t feel anything for her.

And there’s the fatal flaw of the movie. How am I supposed to root for the girls that are being oppressed by society when I don’t like any of them? You see what I mean about the movie being too full of ideas? It tries to force in every hot topic of 2018 into one movie, but it fails to offer a good explanation on any of them except “everyone sucks.”

I can appreciate the movie technically though. Whether it’s the cinematography or the use of splicing multiple scenes together at the same time, I was at least visually interested. This is a pretty movie, and it only gets prettier as all of the action starts to go down. But something I noticed a lot was how I was having trouble hearing the characters. Not because my theatre was loud or anything, but because the music was blaring over important dialogue that I nearly missed because of all the sound clutter. 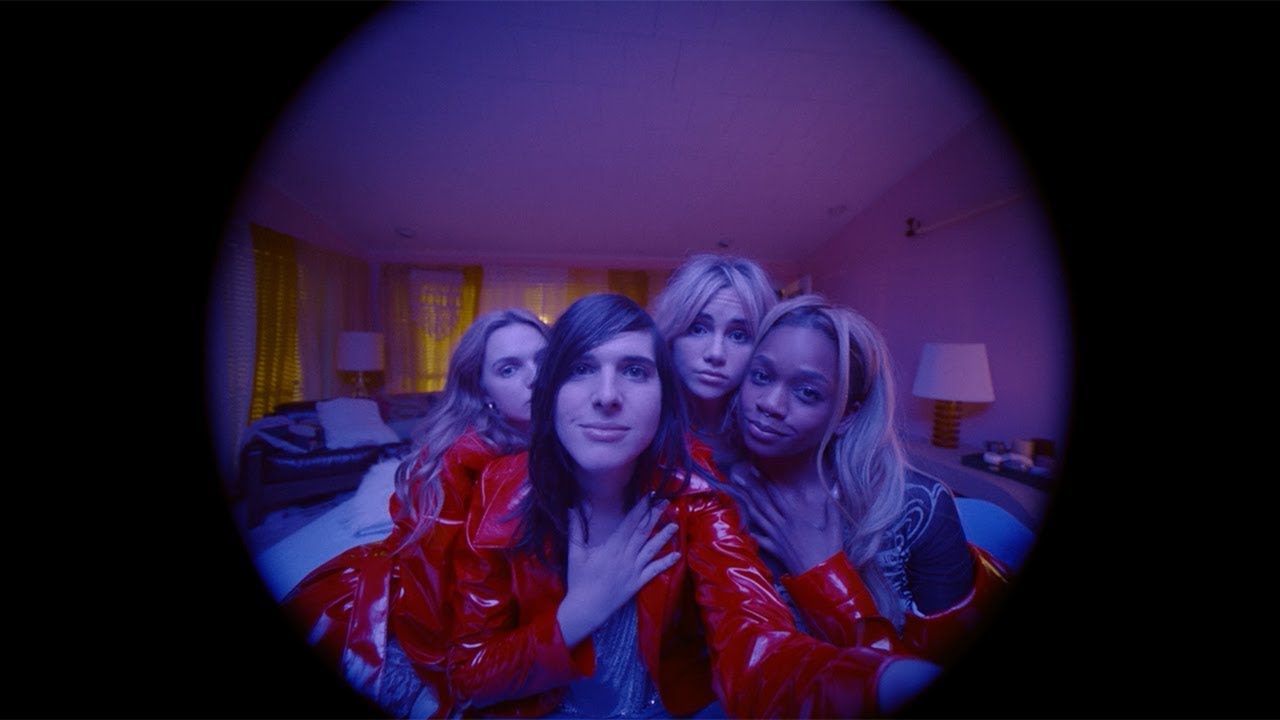 That’s really the best way to describe Assassination Nation; it’s cluttered. It’s ideas clash or are framed poorly, the story is a mess between the bland first half and the violent second half, and the movie just tries to have its cake and eat it too.

I didn’t hate Assassination Nation though. I think it’s a movie that warrants discussion. It’s a rare movie that has something to say and is actually getting a wide release. This is something that would normally get put up on VOD, or maybe have a limited release at best. But no, this is a mainstream horror/action/thriller that has something to say. So you know what? I actually recommend you go see Assassination Nation. I think it’s a movie that’s going to divide people like hell, almost in the same way mother! did last year, but it’s so rare to get a movie that’s worth discussing. If you can stomach the content, give it a watch. But don’t say I didn’t warn you.