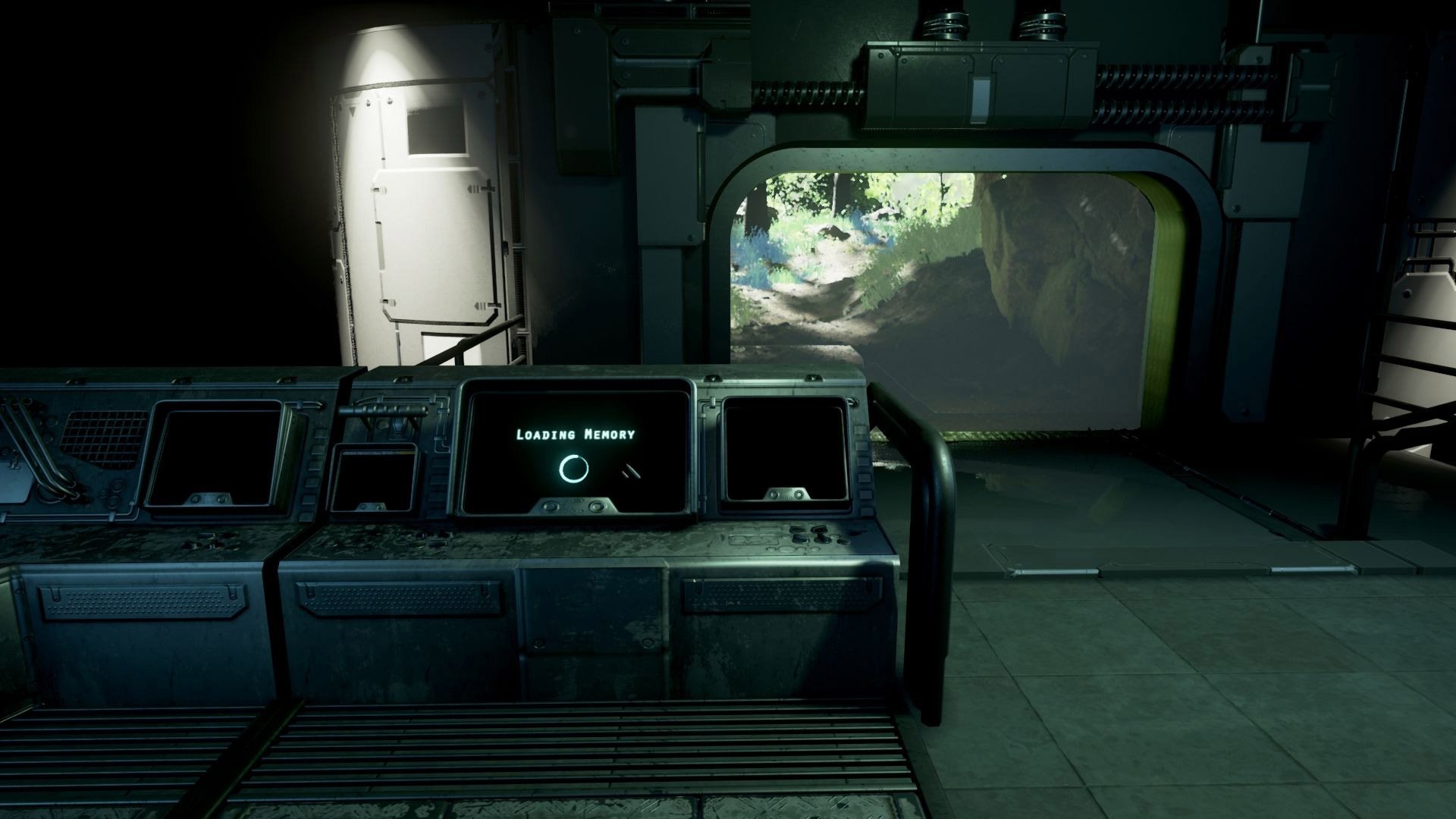 I thought I knew what I was getting into when I signed up for Asemblance, but I was wrong. At least, I think I was wrong. I can’t be sure until I uncover the last of its mysteries, and that may never happen.

Asemblance is pitched as a first-person psychological thriller set to be “the pilot episode of a mind-bending franchise inspired by The Twilight Zone, The X-Files, and the Black Mirror television series.” There are hints of those inspirations, for sure, just not in the ways I was expecting. 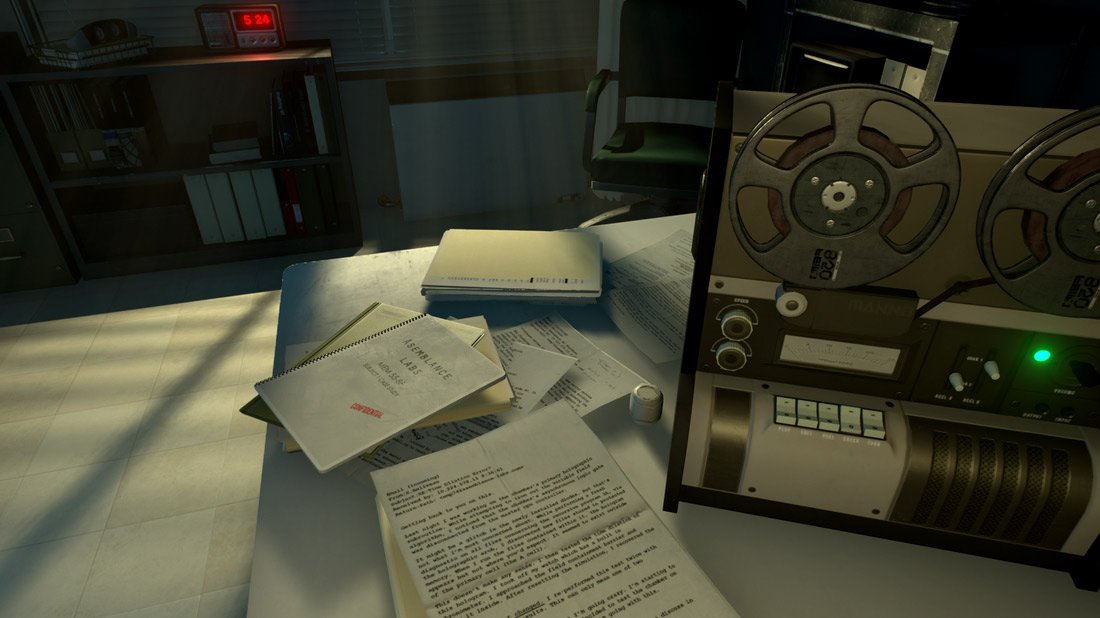 This a light adventure game about reliving memories using a simulation machine. An enigmatic AI explains that you are stuck in a loop and have been for some time. It’s unclear how you got here or what went wrong to start this cycle, but answers begin to come to light as you comb through your past for world-building details that ever-so-slowly unfurl a narrative.

Most of your time in Asemblance is spent walking, reading, or listening to voice-overs. For reasons that aren’t clear and perhaps never will be, you are situated in a lab that can conjure specific memories for you to enter and explore as if they were real. There’s a secluded forest, an office, your home, and… not much else, unfortunately. It’s almost all there in the trailer. At about an hour or two in length, this is the type of experience best played in a single sitting, but folks willing to dig exhaustively will be tempted to spend much more time theorizing and piecing together a deeper backstory.

In each memory, you’ll find hints hiding in plain sight. There’s a lot of searching for bits of text — book covers, scribbled-on memos, floor plans, obituaries — and taking mental notes. This is an Unreal Engine 4 game and, apart from a few lower-res textures here and there, it’s a very pretty one at that. The sound is on-point, too. It’s peaceful, lonely, and unnerving precisely when it should be. A few well-realized audio recordings and the AI’s dubious remarks also have a hand in your detective work. There are times when you’ll need to reflect on a seemingly out-of-context message in search of an alternate meaning that can help you progress. It’s a shame there aren’t more of these “A-HA!” moments.

Asemblance has little in the way of actual physical interaction with the world, though you can and will alter your surroundings through exploration. (I’m trying real hard to keep the spoilers to a minimum without being overly vague.) The onus is on you to work out where to go and when. You’ll jump between the same memories again and again in pursuit of a way forward, and when you’re stumped, that back-and-forth quickly grows monotonous even when making use of the run button. For the most part, though, the puzzle-solving process feels organic and flows well.

While this isn’t a scary game, there are certainly tense moments, and the way in which you open up new areas or trigger events is not unlike P.T. at times. You won’t need to consult a wiki to reach the most basic, wholly unsatisfying conclusion, or the next couple after that. It’s not nearly so cryptic.

But the final ending? At the time of writing, no one aside from the developer seems to have gotten it and believe me, folks are organized and trying. I don’t want to spend another minute unsuccessfully digging through Asemblance, but I keep finding myself revisiting forum threads and live streams to see if the community is any closer to reaching the so-called truth. Days later, potential solutions are still gnawing at my mind, and that’s an achievement for such a short experience.

It’s just a shame there isn’t way more game here. If this truly is the start of a franchise, I’d potentially be up for more titles, but I can’t deny how much this sparse pilot entry leaves me wanting.