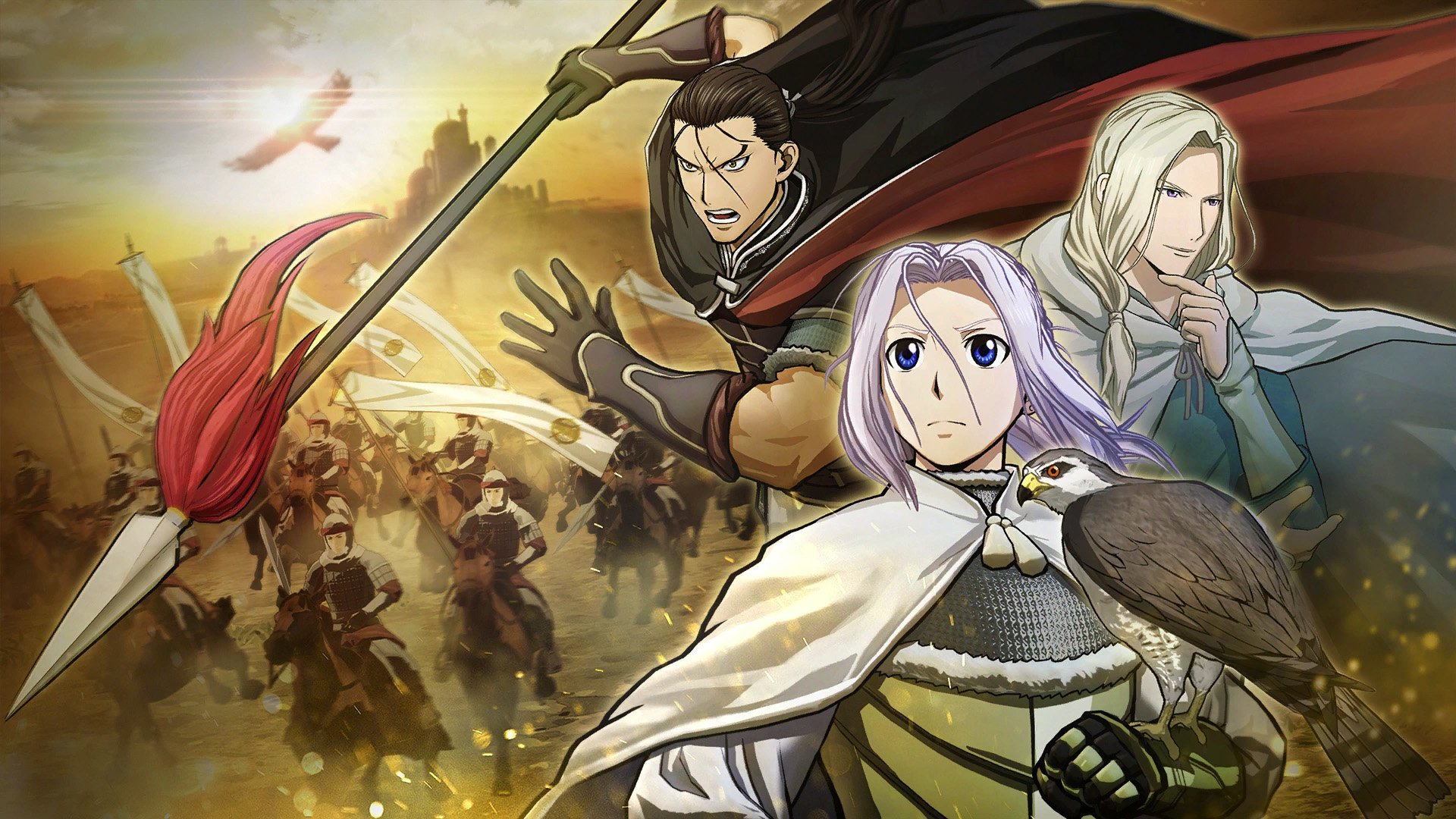 Koei Tecmo is killing it in the beat-’em-up action space. While a lot of detractors erroneously claim that all Warriors games are “mindless button mashers,” the studio has managed to keep the series interesting for nearly 16 years, partially due to the fact that it constantly whisks us away to new locations.

The Heroic Legend of Arslan property is probably new for most of you out there, but I wouldn’t let that deter you from giving Warriors of Legend a shot. 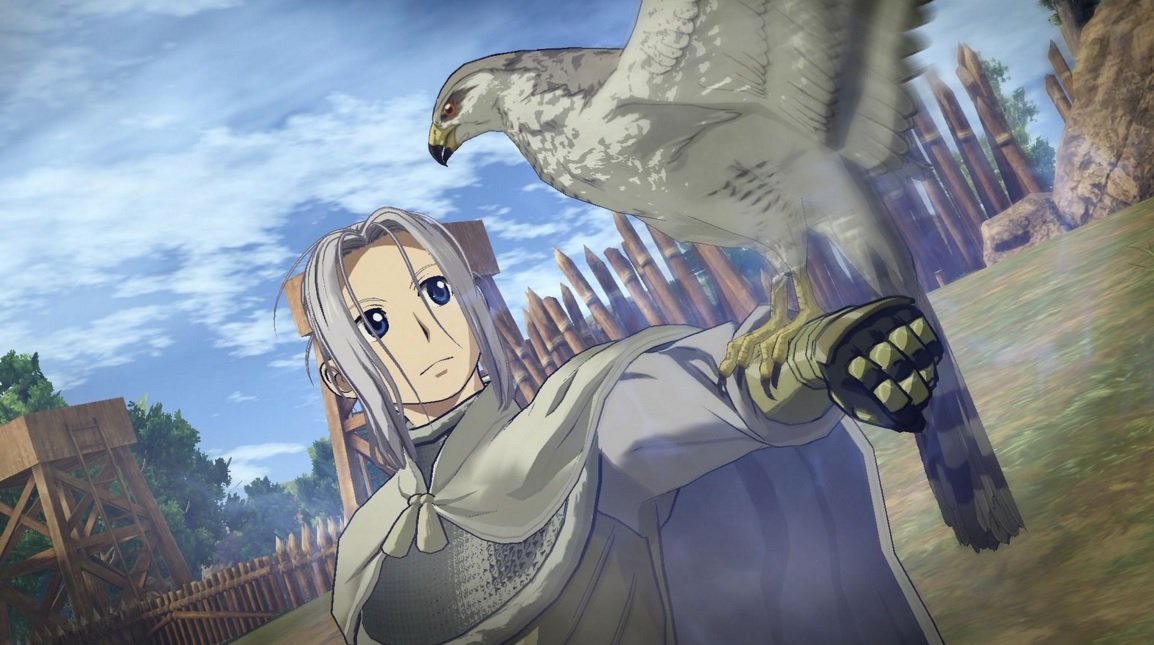 One of the chief problems with Arslan is that it assumes, to some extent, that you’re familiar with the source material. This will likely be a problem for a lot of you out there as it’s a relatively obscure anime. I’m pretty surprised to see that it’s been localized, truth be told.

It isn’t that hard to follow though, as the gist is mostly set up for you in the first few chapters. The titular Arslan is the 14-year-old crown prince of a kingdom who is forced to step up after one of the worst wars his country has ever seen, and he’ll have a little help from his friends. That’s all a given. But the ins and outs of each character, their idiosyncrasies, and backstories — much of those are lost in translation, literally. With a history spanning three decades across multiple manga volumes and anime adaptations, there’s lots parse. The encyclopedia menu option helps but it’s merely a band-aid.

That’s not to say a certain type of person can’t get get drawn into the world — far from it — as that’s exactly what happened to me. Arslan is more flashy than previous games from Koei Tecmo (with the obvious exception of Pirate Warriors), but it also touches on a few heavy-hitting subjects, albeit on a tertiary level, like slavery and freedom. The anime cutscenes are wonderfully integrated, and there’s often a seamless transition to gameplay. Note that it’s fully voiced in Japanese and subtitled, with no dub track.

As expected, the same two-button combo system holds up. Combos flow effortlessly once you pick them up, and the efficacy of multiple abilities ensures that you’re not just flailing about wildly mashing buttons. There’s also the added bonus of blocking and evading, as well as the classic “musou” super attack and a special that’s unique to each character. Once I started to unlock more of the cast, I was surprised at how little Omega Force resorted to cloning, accentuated by said special abilities.

For instance, Narsus (an outspoken critic of the status quo) wields a paintbrush. Well, a magical paintbrush that can set traps, queue up earthquakes, and cause rainbow explosions. Daryun, Arslan’s right hand, is a pole-arm-wielding fiend reminiscent of Warriors characters like Guan Yu, but he sports some of the most interesting animations yet in the series, specifically his prowess on horseback. Elam, an unassuming young kid, ended up being one of my favorite characters. His bow skills surpass most ranged characters in action games today. One dude uses a lute! And the list goes on.

Switching weapons by way of the d-pad also serves to mix up your tactics on the fly. The “Mardan Rush” mechanic is also a standout feature, rallying an entire battalion as a single unit, causing all sorts of mayhem and kill-counts in the thousands in just seconds. There are also several fun RPG elements to Arslan. You can equip up to three skills by way of “cards,” which can be earned by completing specific objectives or just playing the game, or by synthesizing your collection. This is fun to do on higher difficulty levels, but it’s not something you’ll have to micro on normal or below, so don’t get too worked up. 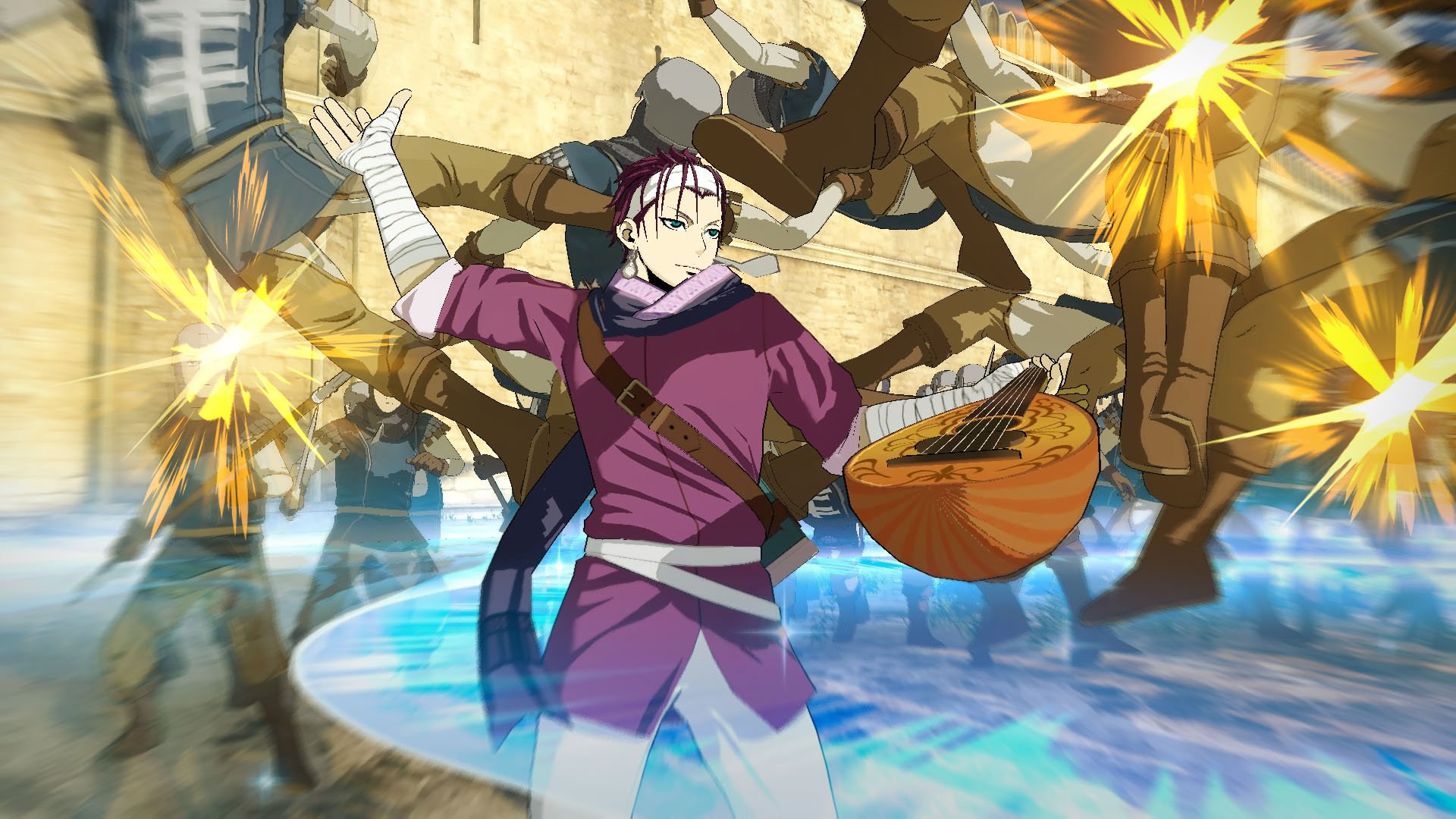 But all of that flash and panache comes with a tradeoff: the boss battles are more tedious than you’re probably used to. A “shield” system is in place here, which requires players to whittle down a meter until they can do proper damage. The tactic is usually the same, in that hammering on them as much as possible is paramount, saving your musou to deliver the blow after cracking it, and repeating. It would be more of a crushing feeling if nearly every level weren’t such a joy to play through.

If you can stomach a few minor issues that add up over time, Arslan: The Warriors of Legend will be your huckleberry. True to Warriors form there’s plenty of collectibles to find, new weapons to discover, online and offline co-op, and a free-play mode. Like nearly every Omega Force game before it, I’ll be playing this one for quite some time.