It’s a bug-eat-bug world out there and victory tastes like… dead insect carcasses.

This iOS game is an energetic combination of strategy defense and resource management. Unlike many mobile games that have been released recently, it will keep you entertained and addicted for a while, making the most out of your dollar. 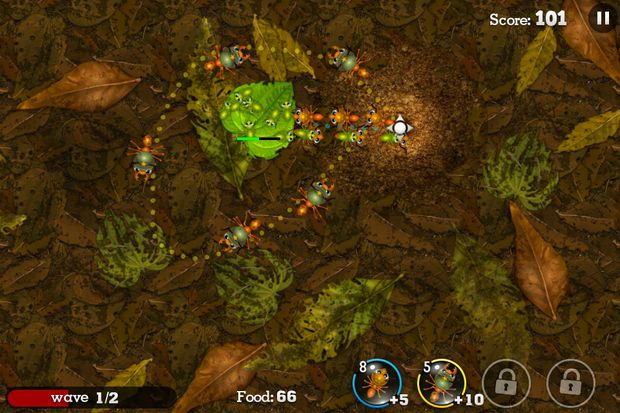 Anthill: Tactical Trail Defense is a simplistic strategy game that builds upon the concept of line drawing — think of games like Flight Control (the line-drawing airport one). You get four different types of little ants to serve and protect the Anthill: Workers, Soldiers, Spitters, and Bombers. The Soldiers are sent out along a line to fight off any attacking insects by biting their faces off. The workers can then come along and clean up the mess. Food that they bring home can then be used to spawn more troops, which is vital for when things get a bit mental. Extra support is provided by Bombers that work by touch-targeting as well as by Spitters that move along the given line, firing ant goo.

The levels consist of waves of attacks with increasing difficulty. Enemies include standard Enemy Ants, Shooterbugs, Shield Bugs, and bosses like the massive Superbeetles. At the end of each level, points are turned into stars that can then be used to purchase upgrades for each of the four ant types. It’s worth mentioning that there’s an option to purchase more stars and upgrade your troops faster, but this is not really needed and seems quite unnecessary. 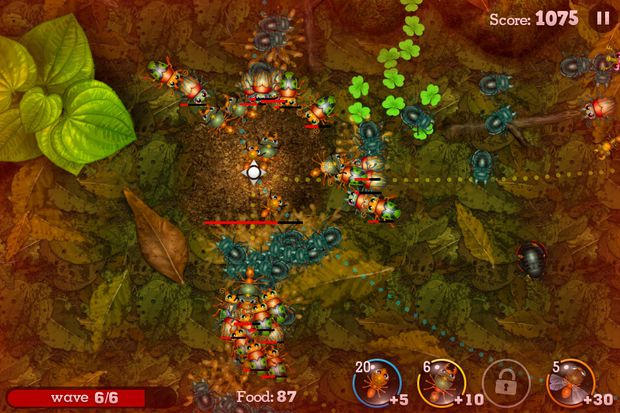 The new and improved 2.0 version offers the “Infinity” mode. You start with all four types of ants and just keep going until your Anthill is crushed by invading insects, or you can possibly go on forever depending on your will and determination. This additional mode helps to extend the replay value of the game, as the three sets of campaigns can be completed in a couple of hours or less. The developers at Image & Form have also said that more levels are yet to be released. Hopefully they will involve something different like more challenging enemies or different types of ants to change up the repetitive nature of the campaign system.

The game looks really great and the music is a nice calming mix of jungle sounds and marimba chords. However, when things really get going and you have a full-on battle to deal with, the mix of different insects and ant trails can become quite confusing. There is always the option of sending your Bombers out to clear the way, though, as your own troops are immune to their goo. Convenient, right? 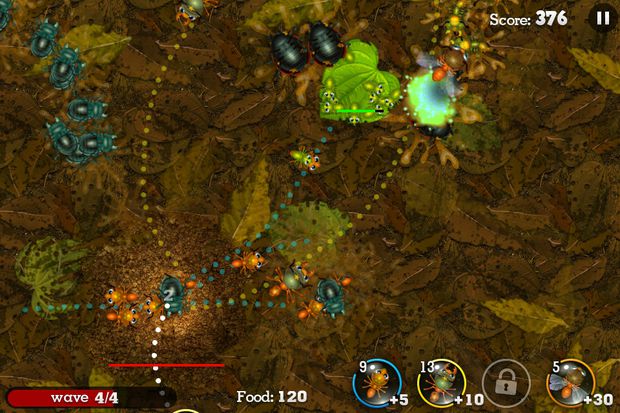 Anthill: Tactical Trail Defense provides strategic challenges through a variety of different levels. Looking past minor problems in the difficulty — the levels don’t provide as much of a challenge as they probably could — it’s impressive how addictive this game can become. The additional Infinity mode pushes the limits of challenge, and it’s here where this game shines.