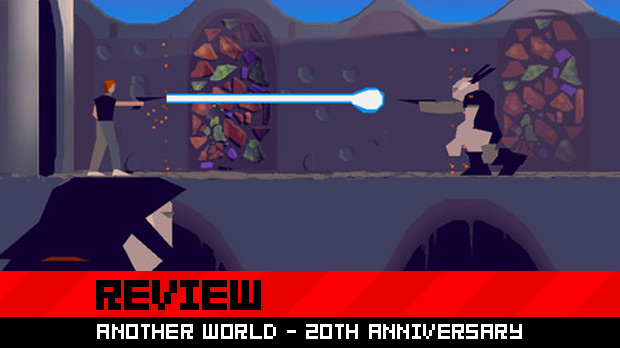 Has it really been 20 years since I first played Another World as a mere child, tried to understand what I was supposed to do, failed, and never got beyond the first section? Apparently it has.

Eric Chahi’s masterpiece was re-released before as Another World – 15th Anniversary Edition, and this iOS version takes the graphical upgrades and adds touch controls, which actually work surprisingly well. 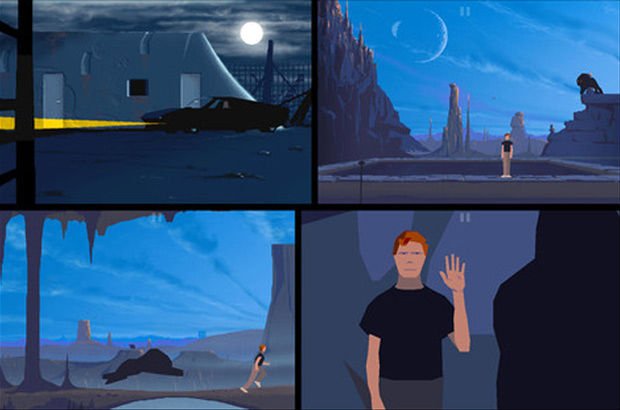 For those who never got the chance to play Another World, the game features a futuristic physicist version of Jordan Devore who ends up trapped in an alien world after a lightning strike causes his experiment to go awry.

It was a game that transcended the platforming genre at the time, boasting better animation than the jaw-dropping Prince of Persia that came two years before it, a much better narrative without the need to actually tell the player anything, and a creative method of using a weapon to both shoot enemies and solve puzzles. It was also a balls-hard game with a lot of trial and error, deaths, and sometimes-confusing levels that took forever to figure out if you were younger. 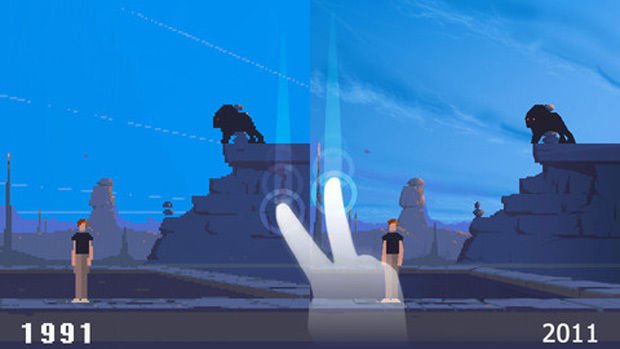 Content-wise, not much in Another World – 20th Anniversary has changed from the 15th Anniversary Edition. It looks like the 15th Anniversary Edition, which is to say it looks great on an iOS device with the option to instantly switch between the original and remastered graphics by swiping two fingers down across the screen. Models look better, the resolution has received an upgrade, and most of all, a lot of background art breathes more life into the strange, alien world.

The touch controls work really well for the most part. While there is an optional virtual D-pad and shoot button, the control scheme of choice is the newly created “touch” option. This means you tap and hold the left or right sides of the screen to walk in a direction, or double-tap/slide a finger to run in that direction. Sliding a finger downward makes your protagonist Lester crouch, while the bottom corners both act as fire buttons.

At no point did I ever encounter an issue with these controls, except for one platforming segment in the Caves section where you have to run from a wall of rushing water. It can take a bit to get used to timing jumps while running, especially when the act of jumping itself requires you to slide a finger upward. It’s nothing you can’t master, however, and as far as Another World‘s frustrations go it is a minor annoyance at worst. 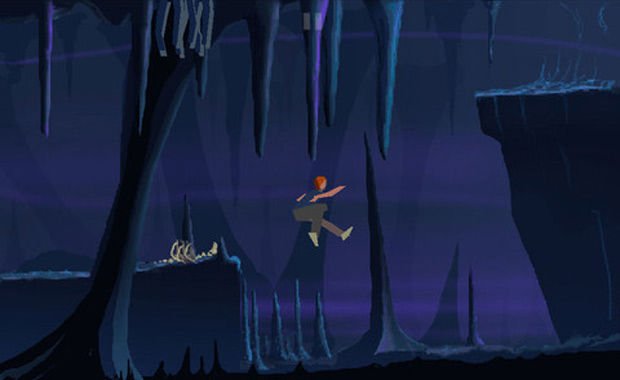 You see, Another World is an old game, and a really odd one. If you ever finished it, you’re not likely to encounter any real problems here other than the occasional death. If you are new to the game, you will die a lot. And I mean a lot. Some sections can be a bit labyrinthine if you don’t know what the correct order of progression really is, making you scoff at checkpoints that force you to redo many screens over and over again. That is, until you realize you weren’t on the game’s “proper” path, try some other approach, and suddenly notice the checkpoints scurrying only a few screens behind you when you mess up once more.

It’s not always clear where you’re supposed to go, which, while frustrating at times, also helps lengthen the game beyond the hour or so it would take to do a single run-through if you knew what to do. Then again, mobile players who are fine with casually making their way through Another World a few screens at a time can easily spend a week or two trying to wrap their head around things. Hand the game to a novice casual player, though, and they’ll give up within minutes thanks to its trial-and-error nature.

The difficulty of the game does give you that feeling of sheer victory once you do finish it, something that is often absent from most current-gen titles. Normal mode offers a slightly easier challenge than the original game presented, Hard mode is the same as the original, and a new Hardcore mode is even more challenging — although the difference between the difficulty modes seems to stem from shorter lifetimes of the energy shields you can project to protect yourself.

As remakes go, this is a great example of how to offer a classic game to a new audience with improved graphics and sound for a low price. Another World – 20th Annivesary is every bit as hard as it once was, but this iOS version is far from a lazy port. It offers an improved core experience with the option to play the 1991 version, features excellent touch controls, and gives a new breed of gamers the chance to explore why this classic was such a big deal.