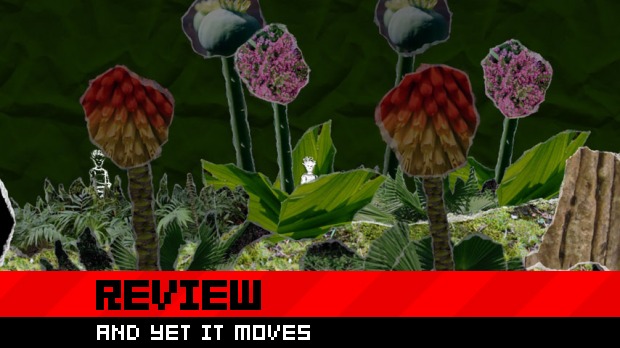 If you’re into indie games, then you already know of And Yet It Moves. It’s been all over the indie scene winning awards and winning people over with its world rotating platform gameplay. However, just a few weeks ago it landed on WiiWare with new motion controls built in, and theoretically that should make the game even better since rotating the game’s worlds should be even easier when all you have to do is twist your wrist.

As you can probably tell from the first sentence or from playing it, the game is good, but does it survive a transfer onto Nintendo’s console, or should you simply be downloading this for your PC and rocking it that way? Obviously, the choice is yours, but I can tell you that having played it on both, I’d definitely choose the Wii version every time. Read on to find out why. 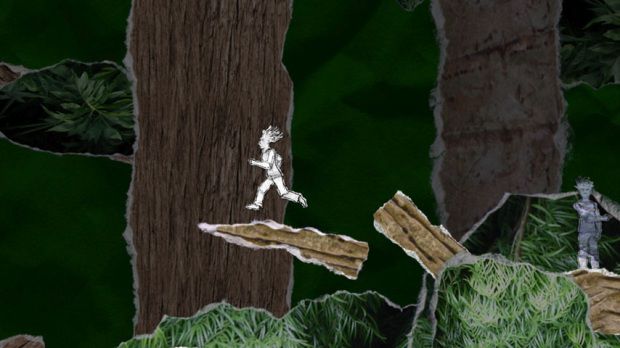 For those out there who don’t play smaller games and have never heard of And Yet It Moves, the game features a very simple yet unique concept. You control a paper man and guide him through a series of visually striking levels that start below the ground and progressively move upwards towards a strange kind of dream world. That’s about the entire extent of the game’s plot, but it really doesn’t need one.

What makes the game different is not the art style or how you control your paper man (he moves and jumps, and you can use either the Wii Remote and Nunchuck or Classic Controller), but instead from the game’s core gameplay mechanic. You can rotate any of the worlds 360 degrees. This means a jump towards a sheer wall over a massive pit can be turned easily into a jump onto a safe platform. The paper man freezes in mid-air, the player rotates the world and then the paper man continues in the direction his momentum was carrying him and lands safely on the newly positioned ground.

It works far better than you’d ever expect it to as well. Thanks to the design of the levels you never get confused about where you are going, and even if you are the frequent checkpoints point you in the right direction. For a game that allows you to position the level in any way you like it somehow is easier to know where to go and what to do than in a large chunk of platformers out there. 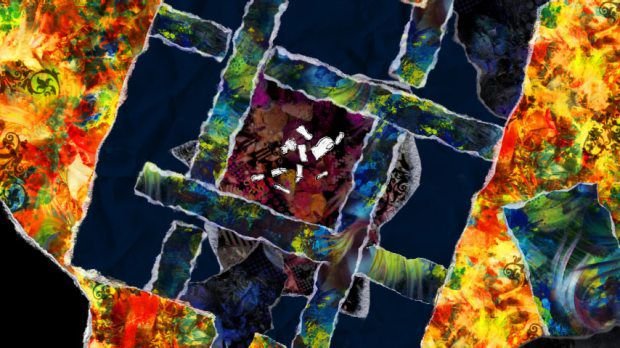 This mechanic makes for some of the most creative and innovative level designs around and even more impressively never gets old as the game never tires out a puzzle style or creative mechanic. In many games of this ilk — which feature a core mechanic that is the star of the show — you simply get level after level that tosses the same challenge at you with increased difficulty. By the end of the game you find that you’ve simply done the same thing over and over, but And Yet It Moves uses the world turning mechanic in a different way on every level. This creates a game that surprises you every level despite the fact that you aren’t learning any new abilities or gaining any new moves. It’s a great example of how simple game controls and amazing level design can come together to make something more than the sum of its parts.

This being said, the main run through the game, which features 16 levels and four bonus levels (some brand new on the Wii), isn’t that hard. There are challenges to be had, but you’ll never find yourself stuck for too long at any one point. And because of a frequent checkpoint system you never have to go back very far whenever you do destroy your little paper man. No, the real long-term value of And Yet It Moves comes from the unlockable modes you get once you beat a level. These include Time Trial, Limited Rotation, Speed Run, and Survival — they can be brutal. I still haven’t completed all of them, and I’m glad because it gives me a great game to fall back on over and over.

Stylistically the game is a masterpiece, with vibrant and changing levels flowing and breathing with life. Everything is made out of paper, and even when your paper man dies he tears apart and falls in a pile of scraps. Some of the enemies are delightful and just watching the background of a world can keep you mesmerized for a solid minute. The game is flat out breathtaking visually. I was a bit upset that the team didn’t add some more music to the Wii version, however. The levels are almost silent at points, and the game would have greatly benefited from a spunky Indy score of some sort. There are cleverly disguised rhythm sections of the game that have music kick in, and it’s fantastic. Sadly, it just isn’t around the entire game. 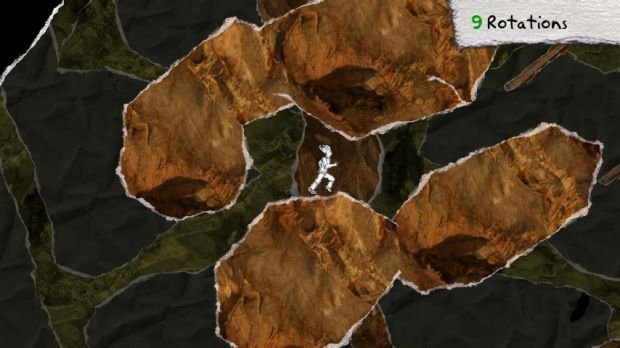 But you could have learned all this from the PC version of the game as well. What does the Wii bring to the table, other than the aforementioned extra levels? Control. Control better than the PC could ever offer. We’ve all heard the PR people tossing around the words “intuitive controls” whenever they describe a game on the Wii and why the Wii Remote is so awesome, but it always seemed so meaningless to me. Now I know what intuitive controls are thanks to And Yet It Moves. In the default set-up (there are three other styles that are more cumbersome) the player controls the paper man with the Nunchuck and rotates the world with the Wii Remote. Hold down A and the world freezes, turn your wrist and it rotates. It works like a charm with no delay and a natural feeling that this is how the game should have always controlled. You will find yourself awkwardly twisting your arm around a few times, but that’s just because you’re being dumb and not rotating in the right direction for maximum for comfort.

I think my biggest complaint is that there isn’t enough of the game, which is often my complaint with short good games. You just want more! Yes, the different modes on levels allows for endless replay, but more levels would be even better. I’m greedy and want new things constantly. Hardly a real complaint, though, so I can do nothing but recommend And Yet It Moves.