One of the trends I saw on social media in the lead-up to the new year was a pledge by people to be “better” in 2021. To be more kind, more thoughtful, more patient, and more forgiving. Basically, taking the negative energy 2020 gave us and turning it into a force for good.

I am 100% down with directing my actions toward making 2021 a better year for myself and those around me. Even if those actions are small, as Alba: A Wildlife Adventure shows us, they can go a long way toward creating a world that’s more hospitable place for all. 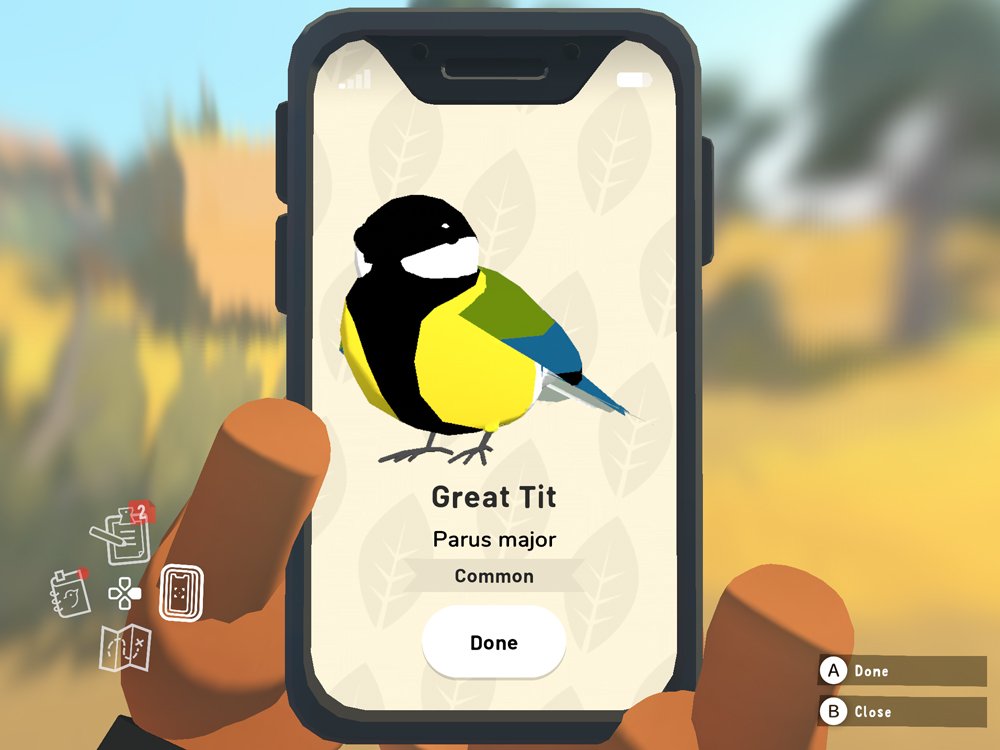 Alba: A Wildlife Adventure is about the power one person has to create change in the world around them. The person, in this case, is Alba, a precocious youngster visiting her grandparents on the Mediterranean island of Pinar Del Mar. This sun-soaked slice of heaven is welcoming place where pride flags hang from buildings and a culturally diverse population lives in harmony. It’s also home to 62 different species of wildlife and a nature reserve that used to be a popular tourist destination.

But times have been tough on the island, and the reserve has fallen into disarray. There’s no money to fix it up, so the mayor of Pinar Del Mar has decided to sell the land to a developer who plans to pave over the wetlands and turn the spot into a massive hotel. There’s debate on whether this is a good move for the island. Sure, it would drive up tourism, but at what cost? While many around town aren’t sure about how they feel, Alba and her best friend Inés are staunchly against it. While they’re too young to do anything drastic to stop construction, they can start a petition and convince residents to sign it by reminding them of everything Pinar Del Mar has to offer.

Over the course of a week, players will guide Alba around the island doing good deeds and documenting its wildlife. Armed with a cellphone, she’ll photograph the various birds and mammals that call Pinar Del Mar home, always on the lookout for the elusive lynx she once saw as a child. Some animals will freeze in place long enough for her to shoot an easy photo. Other, more elusive critters will need to be snapped as they move about. As she expands her database of the island fauna, residents will start requesting pictures of specific animals that’ll net her more petition signatures.

When she’s not cataloging the wildlife, Alba will do what she can to clean up the island. She starts small with nursing animals back to health and filling up bird feeders. By the end of the week, she’ll be able to repair bridges, birdhouses, and signposts, and clean up the garbage that tends to ruin the picturesque look of the land. These are all small actions, but they go a long way. Fixing up a signpost and stocking it with new pictures of the nearby wildlife will bring birdwatchers back to the area. Cleaning up a beach will make it more inviting to the townsfolk. Every action has a positive effect on the people around her and moves her closer to enough signatures to stop the hotel.

While saving the nature reserve is the end goal of the narrative, the soul of Alba: A Wildlife Adventure lives in the small interactions with those you meet. When they see the work you do and how these small feats improve the island they call home, it changes them, makes them more appreciative of what they have. It’s the type of thinking we need more of in this world. Rather than sit back and complain about the way things are, we need to figure out how each of us can change things for the better.

That kind of positivity flows throughout Alba: A Wildlife Adventure, and it’s accentuated with colorful art direction, a vibrant soundtrack, and utterly charming animation. Alba and Inés are both just kids and the developers at ustwo went the extra mile to showcase their young age in their movements. When they run, the girls will occasionally skip or hold their hands out like they’re pretending to be airplanes. If you don’t move Alba for a little while, she might bend down to tie her shoe. It’s great when developers put a little extra effort into creating people that move in believable ways. It breathes life into a character the way Lorena Álvarez’s music breathes life into the island. What I wouldn’t give for a music mode here.

If you do choose to experience Alba’s adventure on mobile, you’ll want to make note of the two different control options. If you’re using a controller, the game will play in the landscape orientation. If you’re opting for touch controls, your only option is portrait mode. Alba is moved by dragging your finger on the bottom half of the screen while the top half spins the camera around. When you want to take a photo in portrait mode, you’ll move your device around as though it’s a real camera. It’s not the most fluid control system, but it works well enough that you can experience the entirety of her vacation without a gamepad.

Though her visit to this island paradise was over long before I wanted it to be, it was a trip I am happy I was able to take. It’s the type of experience that can restore one’s vigor and effect change in us long after we’ve watched the credits roll. Alba: A Wildlife Adventure reminds us all of how easy it can be to transform our world for the better, and after the year that was 2020, it’s a reminder all of us can use.